Just got off the Sing Galing Mediacon (when I was writing this article) and it was fun to see not just the  hosts but the actual contestants who made it far in this contest. Ultimately, it was not just plain singing that got them there, but passion, the calling to entertain people and the hunger to pursue their dreams each time they sing. Regelyn Fernandez, Kim Macaraig, Yuki Takahashi, Niko Badayos, Jean Jordan had their own individual stories to tell, one thing for sure was their lives have changed. Aside from the prizes they won from the show, they also got recognized in their own communities plus supportive fans from the show. Aside from that, ratings have been good so far and honestly, I like the format of it. It works!

During the presscon, Zendee Tenerife shared her struggles with her health while the show was actually starting... she says "I had COVID during the first week of Sing Galing, I got over that even if I was having a hard time to host and sing. Nobody noticed and now I'm better. I'm really looking forward to talk and sing for fans online, my journey with Sing Galing has been very good so far and I can't wait to see more people join the show, and perhaps soon, to get and see the hosts of the show since we're still under quarantine."

Rey Valera on the other hand had a say with how this compares with the It's Showtime and says "There are two things that I can say this is different form my other shows. This is light, and there's a random factor. You may be good at singing but if you don't know the song, you'll probably lose because of the choices the randomizer makes. I don't sing my songs anymore because I feel like it's work when I'm trying to relax. I also use a guitar for production value. I think it's better! I'm a fan of K Brosas, she's a survivor, and she knows how to survive, I give great value to people who stay in this profession and maintain their careers til now. I have managed to do that because of the songs I made, it connected me to different generations, even if my fans already passed on, I still have a few that support me because I realize, I can still enjoy the moment because of the people that believe in me. I think about what to share especially in Singaling, if I could only do it in music and in life. They don't have to go through the same things that I have, but this is good. I look at them not as contestants, they equally are entertainers and not just here because they can belt out songs."

OPM Icon Jessa Zaragoza was asked about her doing a number on the show and what she tends to sing during off time to relax with videoke, she says "Of course I still sing my songs, I also sing covers but I tend to usually sing the light ones because it's time to relax. " 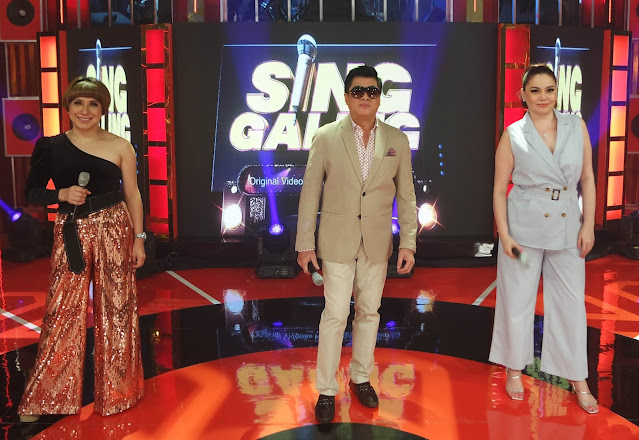 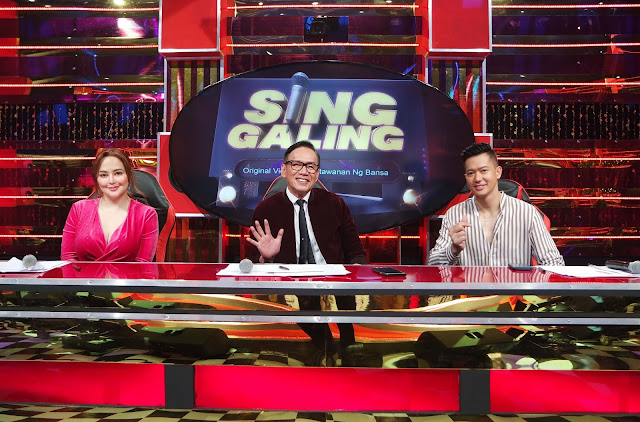 Ronnie Liang sang a few lines of Rey Valera's songs and said "I usually sing ballads, I am glad to have been able to work with Rey Valera because I often sing his songs. It's hard to tape several episodes and sing, and perform  the whole day. You don't know if you can maintain the energy, thank God we are able to deliver and stay safe during the few weeks we had to do this for the show. We get really encouraged as we get good feedback from the show, also see people that watch it. It's worth the effort, investment, time, we fulfilled our mission to give happiness and entertain a lot of people during this time." It was nice for him to share some of his experiences in taping the show, I've been to their set and it's very safe there because as soon as you reach the entrance, they ask you to use PPE's, masks, and make sure you follow protocols inside the studio.

K Brosas also told us about the difference of the show versus Sing Galing 2021. She says "TNT is a singing contest but Sing Galing is Videoke, it's not really a priority of sorts. You see the personality, you can do showmanship. It's chosen by the machine. Rey Valera's songs til now are relatable, Singaling made it trend and it blew up overnight on my Twitter account when I told people about the back story of these songs. It was about LGBT relationships, it was just now that people knew about it. Crazy how it felt after hearing about how the iconic songs were formed no?"

Now that there's more contestants bringing their A game and a lot more others who will join the show, there's nowhere to go but up! Happy birthday to Ms. K Brosas who was so fun during this interview, and I hope that they'll have a few more years to discover talented Filipinos and even greater entertainers. It's going to be heck of a lot of fun doing that in Sing Galing, and by the looks of it, they're not doing any disservice to the original show that was successful during its hey days. Sing Galing shows  on TV5's Todo Max Primetime block on weekdays. Thank you to Cornerstone who invited us to this event!