Cignal and APT Entertainment Partner Up for BUKO Channel 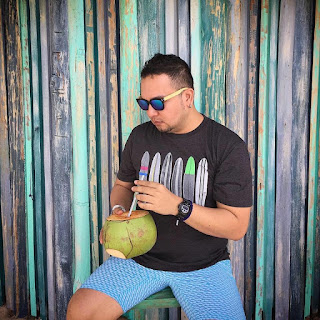 The smart and fun people over at Cignal just inked a partnership with APT Entertainment to bring a one of a kind 24/7 Filipino comedy channel on direct to home satellite television called BUKO Channel. This would be launched this coming August but before that, we got to talk to some of Cignal and APT Entertainment's executives and asked them about the current dry runs they did while on test broadcast. The plan is definitely huge. The programming would be a mix of old classics, reruns of your favorite sitcoms, and new fresh ideas that the production and artists actually worked on before and during the pandemic.

As the VTR was playing, it contained a few programs that were quite familiar to me. They showed Tropang Trumpo, Bubble Gang, Pidol's Wonderland, new ones like Jose and Wally's Kalabog and Bosyo, Pokwang's Kusina ni Mamang and Maine Mendoza's very own travel show called #MaineGoals. They also have a current events spoof program called News Patol - Patulan ang Balita. It's something that BUKO Channel will feature, just for you guys because here, their goal is to make you "Feel. Good."

Here's APT Entertainment CEO Antonio P. Tuviera telling us about the plans for BUKO Channel and the artists that are going to be involved in it. Of course, Maine Mendoza will be starring in a new show! 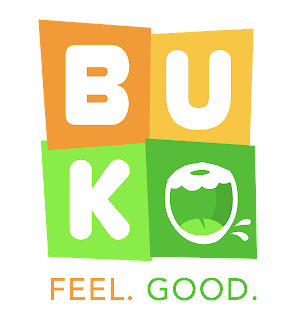 He says "This is the culmination of a very long journey. We have been working on this for almost 5 years and this time, we're launching a 24/7 comedy channel to provide something new for the audience. We need something like this right now, to laugh, inspire and encourage people. We just need this to get through the day, hence we're now BUKO Channel. This is being born during the right time. We've partnered with Cignal to give what the audience really wants and need during this time. We want the younger audience to see how the masters did it hence Buko originals. Now people know where to go if they want to have fun. Maine really wants to do new things, and she wants to do her bucket list. She's very shy, and this is designed to take her out of her comfort zone. She's going to go places, immerse, experience things that she hasn't experienced. Maine Goals is an attempt to experience more in life. Kusina ni Mamang started when Pokwang and I talked, she has been thinking about how to cook with the younger generation in mind. Kusina ni Mamang will prepare traditional dishes and do it the right way, cross over and pass on the recipes to younger celebrities so they could know and prepare like they used to. We planned this for two years and she's so happy that this has come true. The delay from 2019 to now was difficult, we couldn't control safety because they need to travel and interact with people, and we had to postpone taping because of Covid."

Cignal TV Inc. FVP/Head for Channels and Content Management Ate Sienna B. Olaso adds "Cignal TV wants the best possible content for all our viewers and partnering with APT Entertainment was just an awesome thing to do. They've provided entertainment to Filipinos for decades and they know their puls, they're our audience. BuKo is the first 24/7 local comedy channel in the Philippines. We are fueled by our shared passion to create and offer quality programming. You will see top-notch entertainment only on BuKo Channel."


See you on BuKo channel as they officially launch it on August 2, 2021. These shows will be broadcasted on Cignal TV Channel 2, SatLite Channel 2 and the Cignal Play app which you can download on the App Store and Google Play. If you want to have your own Cignal unit, go check cignal.tv for plans that you can avail. This would be really exciting for fans of Filipino comedy.