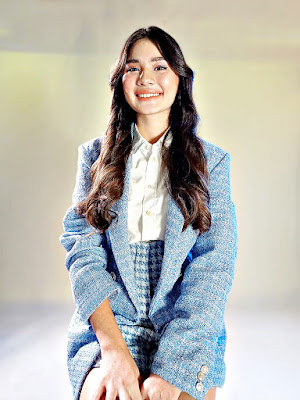 I've been covering photo shoots of celebrities for quite a number of years. This was kind of special as it's been a while since I've gone out because of the pandemic. I've seen a few photos of her online and getting to know a new artist might seem to be a chore for some, but I felt a little excited because Tyronne Escalante Artist Management had a gem in their hands. She's Sophia Stave, a Filipino American beauty from the province of Bukidnon which is an extensive plateau and mountainous area in Mindanao.
After living in San Francisco for a couple years, she and her parents went back to Malaybalay, Bukidnon 4 years ago for business and pleasure. She didn't know she'd end up representing the city through a pageant that didn't push through because of the pandemic. She was discovered through social media by TEAM (Tyronne Escalante Artist Management) and she's been riding the wave since then.
Sophia has a soft heart for horses and she's been riding competitively since 2018 after tagging along with friends in the province. That's good news so if there would be stunts in projects that would require riding one, she'd wouldn't have to train for it. She also plans to take up Animal Science in college soon as it is clearly has become a passion. She also wants to make it far in showbiz, use this platform to good use and do well in every project she's involved in. Sophia also adores Liza Soberano which she feels she could connect to since they almost have the same background since she too came from the US. She also loves Daniel Padilla, which to me means she has good taste! Here's more of our interview with her at the studio on our video editorial.
We couldn't help but marvel on how she looks. She's very pretty even up close. These photos don't do justice (which I captured on mobile during the shoot). 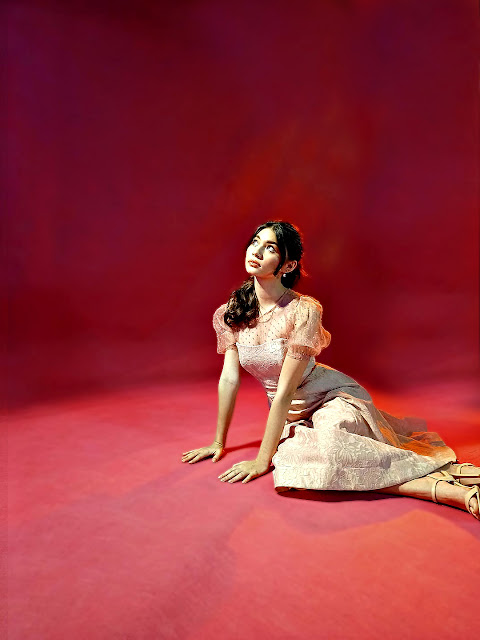 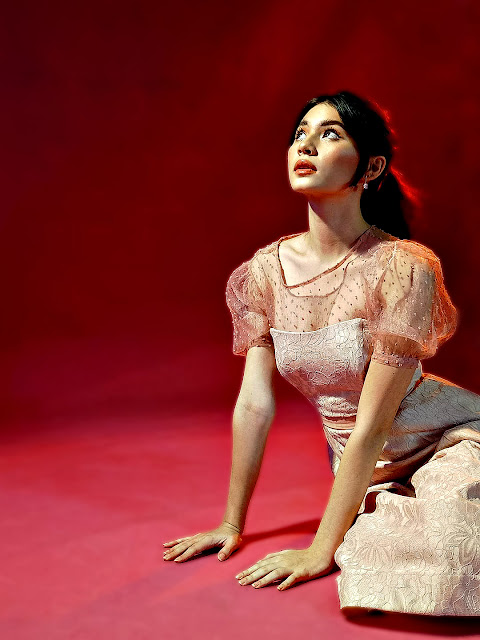 Currently, Sophia is currently making herself busy at their farm in Bukidnon during the pandemic. She's taking lessons and watching more Filipino movies/series to learn more about the language and her craft. She's a bit flexible in roles she wants to do, she's both a princess and a toughie. Now if she lands in a network soon, you know you've seen her here first. Follow TEAM's Facebook page (https://www.facebook.com/TeamTyronnePH) for more updates about her and other artists from their camp.