M Butterfly Staging in Manila and The Chrysalis Charity Auction 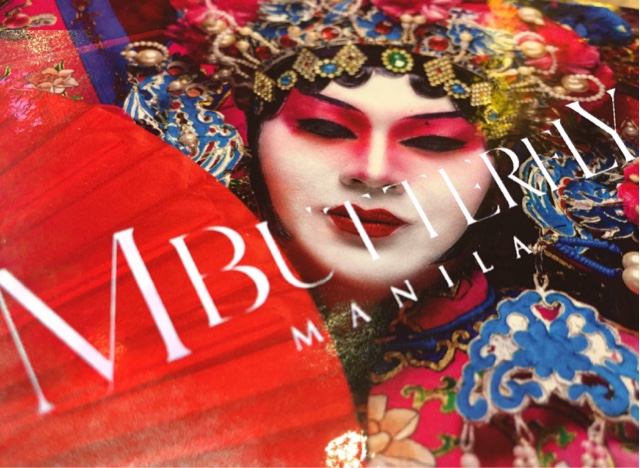 A play by David Henry Hwang, staged around the world since the 80’s, a story that has been told in other countries. Now it will be shown again in Manila through Frontrow Entertainment’s efforts, a good material full of promise, this is M Butterfly.

A broadway producer who hailed from Bacolod, Jett Tolentino (who is part of this project) says “The best gift to give someone is your time. This is my second time back in the Philippines and I am still looking for ways to help the Filipino artists. We will take the story into the global stage, I am excited about this partnership with Frontrow.”

RS Francisco says “In the play I have a line thay says you must make your fantasies and this is why we are launching The Chrysalis, a line of work that has tasked the country’s 7 greatest photographers, some of the best of the world, and proceeds of these shots will go fully to charity. The actual photos are here. Bidding starts at 50,000 and will be on silent auction. The beneficiary organisations will be chosen by the photographers themselves. We can’t wait for you to see these limited edition shots, as we will only be releasing three prints each.”


He adds “When we were choosing these photographers, I was so confused in choosing who would do my billboard so we all thought of choosing them all and having this as a passion project for charity. When they heard it was for charity they all said YES and got to have 99 percent control for the creative. They also were given just one line from the play and the task of introducing Sing Liling as a female, in their views. True enough they all are masterpieces!”


The bidding ends September 29 at 12PM and they will announce winners on the social media accounts of M Butterfly. You may start bidding through those channels too and their announced mobile number.