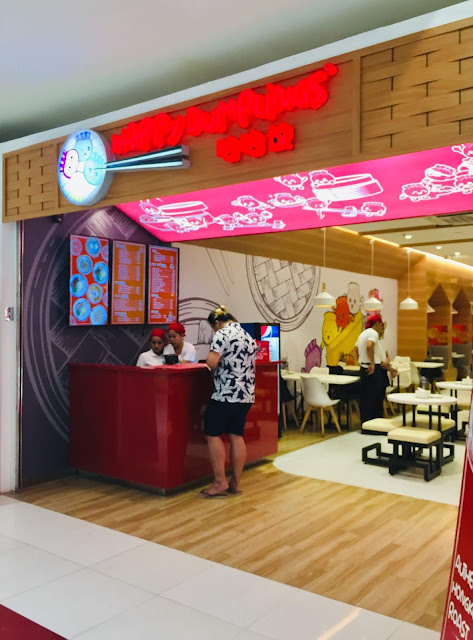 Rode the road less traveled in the north at SM Fairview and climbed up to the second floor for a new spot called HAPPY DUMPLINGS. It’s a new Chinese food concept by the same people behind Black Sheep Coffee Manila, Bawais Vietnamese Restaurant under the Leave the Herd Behind Group. 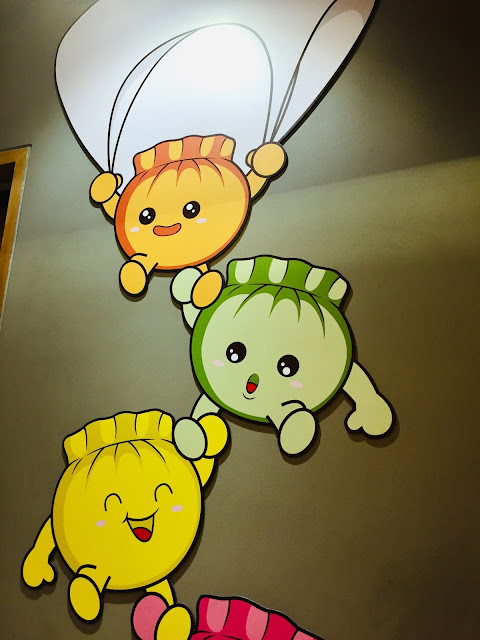 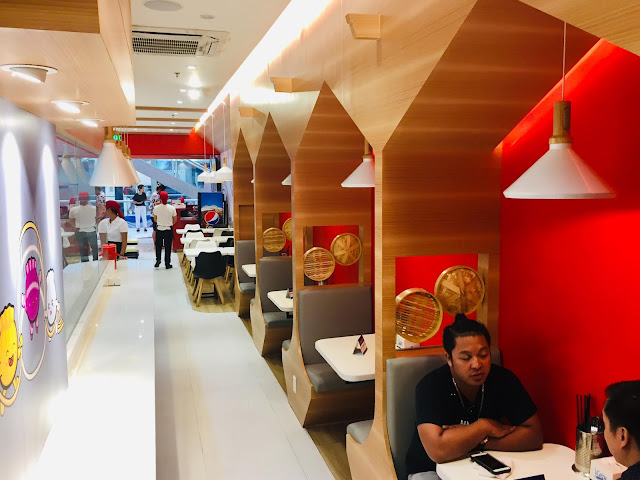 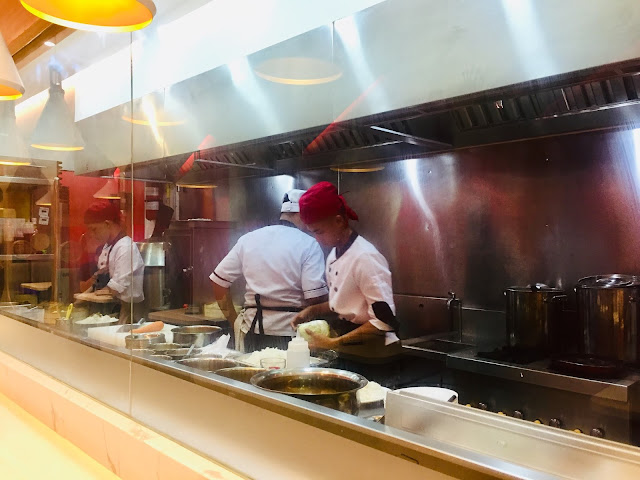 The place is nice (and very cute) with a modern oriental "happy" interior using very colorful walls, acccents and cute dumpling characters too. There are tons of bunk chairs inside (comfy seating for two), a few bar stools and a couple of usual seating in the front for groups of 4 or more. They also have an open kitchen concept so you literally see them cooking it when you order. 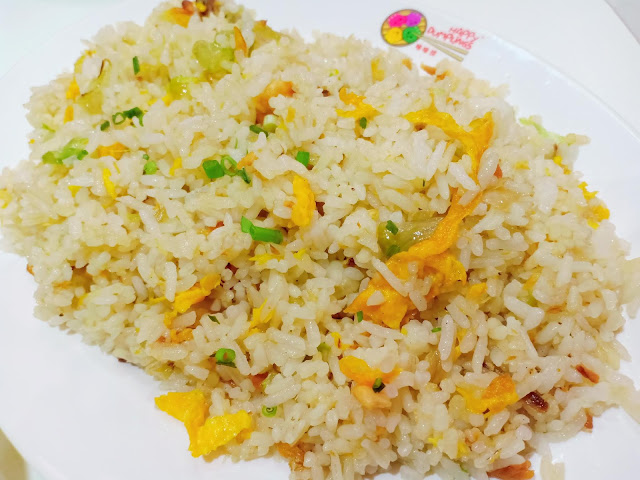 Rice comes so good with this Salted Fish Fried Rice - since they just opened, they've got a promo ongoing for UNLIMITED RICE so if you're a heavy eater, I suggest you get that one. It is good for plain white rice lovers out there. 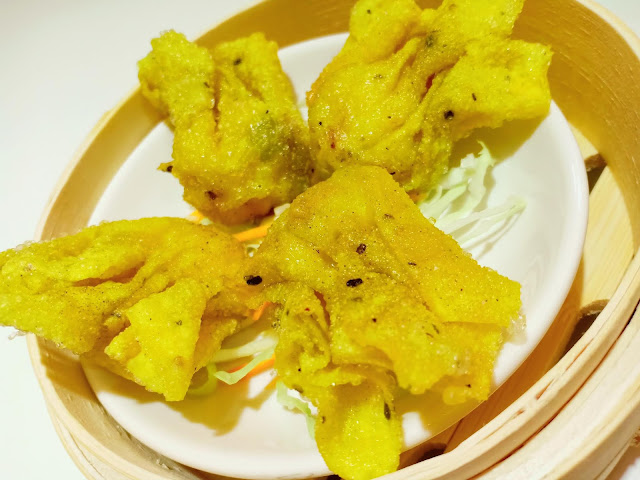 This is primarily a dimsum place and to start off, they've got these Fried Wanton. My guess is, your mouth is watering. 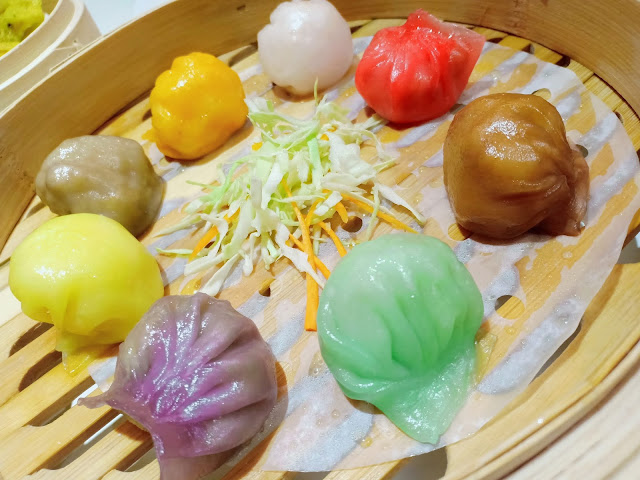 Now this is a good reason to go here. The new and awesome flavored HAKAW available in Original, Garlic, Curry, Salted Egg, Wasabi, Saté, Schezuan and Bagoong flavors. Would you believe it’s only Php 238? Yes, they’re crazy for doing that! (Be careful with the Schezuan because it doesn’t hold back, you’ll get that spicy kick you asked for, and currently my favorite). It’s super worth it! 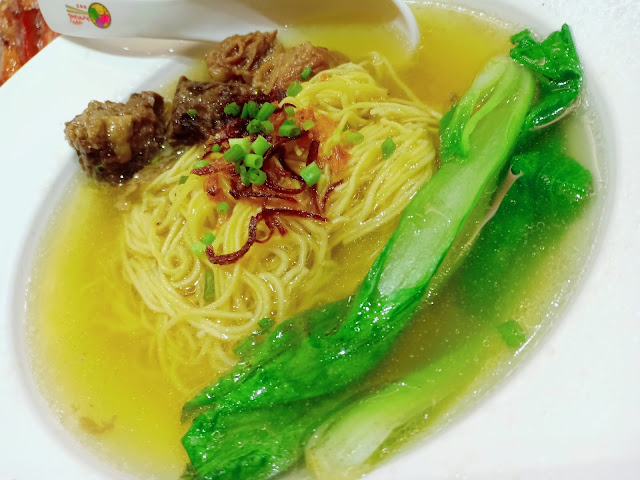 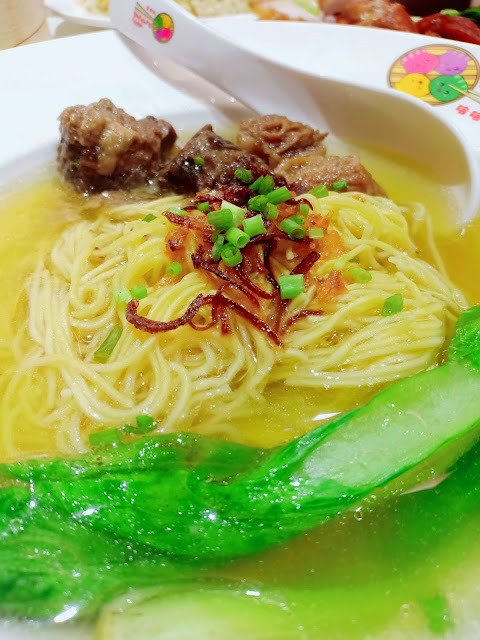 My other favorite though is their Beef Brisket Noodle Soup because of it’s not too salty broth, plus their noodles are firm and doesn’t taste rancid like other egg noodles. 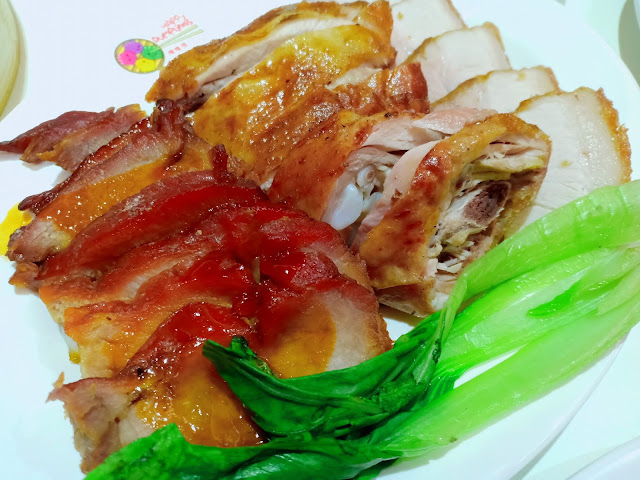 This is their COMBI 3 which is a combination of their Pork Asado, HK Style Fried Chicken and Lechong Macau. They also have a COMBI 2 if you're on a diet, but for groups of 3/4 you should definitely get this for variety. 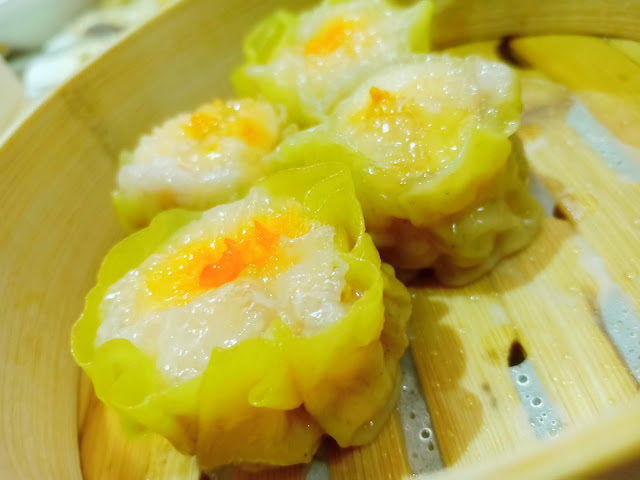 My shots were fogging up because of the steam coming from these containers, it's fresh hot Pork Siomai with a whole shrimp which they stick in the center. It's really different when it's freshly cooked. 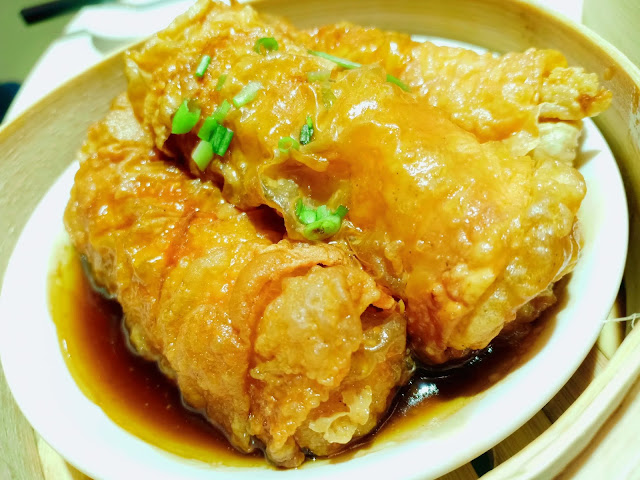 I also ordered their Beancurd Roll, which they had fried and doused with sweet salty soy sauce. It was light, not too greasy, order this for kids so they have protein. 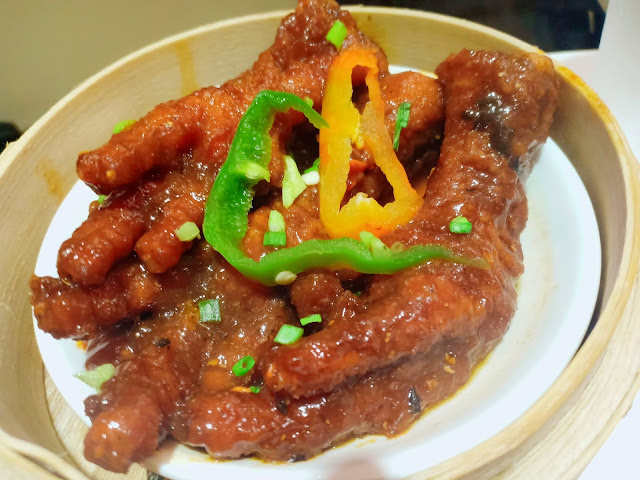 Still steaming hot, this is their Chicken Feet. I didn't eat this but my seatmate did, let's just say he finished it all in a few minutes (while I was judging him LoL). It smelled so savory, I couldn't blame him.


Their management says they have planned to open up a few more branches in malls real soon, but for the meantime, you can visit this joint at the second floor of SM Fairview. I can't wait to go back there because it is quality Chinese food at an affordable price, how can you go wrong with that!?


Unlimited rice and 8 flavor HAKAW on my plate sounds like a good plan!