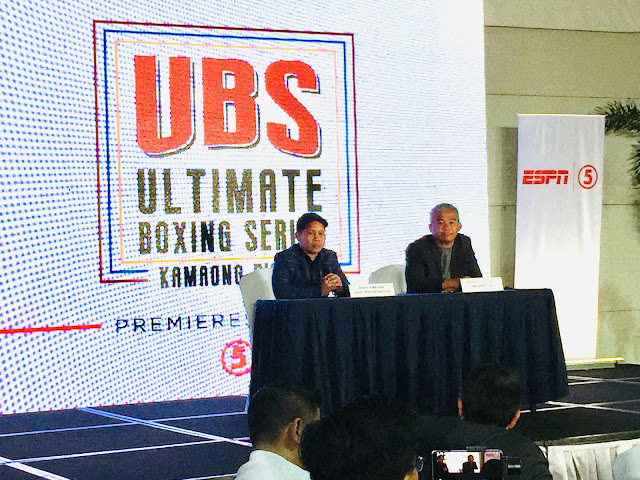 A new reality show on ESPN5 was just launched, but this time it won’t be like those other shows will petty drama because all those involved are up and coming boxers. It’s called UBS or Ultimate Boxing Series. The place was filled with world champs and olympic medalists, but we listened in to their conversation.

Two time world champion Gerry Peñalosa says “Like what other people have said, boxing is our life. I am sure the next superstar of boxing is in this group. We went to different cities across the Philippines and have see so much talent. We need to guide them, discover and expose them to real fights. I will do everything to support them, Manny Pacquiao is also helping us, we are doing the grass roots programs and helping them realize their dreams. We try to check their records, to see them in the flesh and have them try out, we saw how good they were and picked those who have potential, all quality boxers and not just because of their sob story. We don’t have nuisance candidates. We picked those who have at least 10 fights, not less than 3, like amateur standouts. We even have people from the Philippine team, most of them have no loss record. The reason why we chose two weight classes is to make sure we pick quality fights and not confuse viewers if there would be more weight categories. We want quality not quantity. Hopefully we get around 3 wins before they get to the main fight which will be the undercard in the coming Philippine Mexico title fight.” 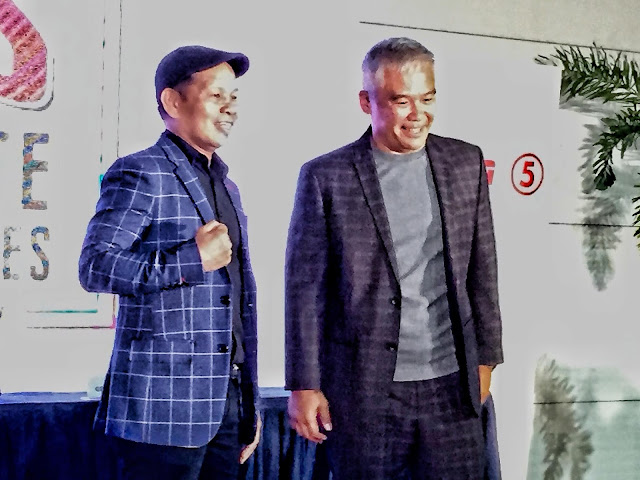 Our boxers, we are starting this. ESPN5 isn’t just about live events, UBS is going to be like ESPN sports stories featuring the life, their background, how they fight hard in and out of the ring. It is real drama and we hope to put this out hopefully to give honor and prestige to the country. To share the stories and the journey of the athletes, and yes people will relate to us like when we did Kwentong Gilas. This format is open to everybody, we asked Gerry to make this all inclusive and some were able to join, some were not able to do it but we have promoters and stables now in the program. As long as we feel if is relevant, we will continue doing this because it helps a lot in what we are doing in the channel, not just basketball or title fights, we want to show the developmental journey and support all sports programs. We flew the boxers here, we housed them and have logistical plans involved. Maybe in the future we’ll have more.”

This looks so exciting because we’ll get to see how their story would turn out, the fights will also be supervised and they have reserves in case they get into trouble. They have their own managers and trainers, if they hire someone it won’t be much trouble. They also have contracts with each boxer and they will be compensated, they made sure they will be happy. Rules will also be under GAB, so this will be a good fair fight in Novaliches. They will be housed in one roof and they wouldn’t be scripted, just their everyday life on TV. It will premiere on June so stay tuned!