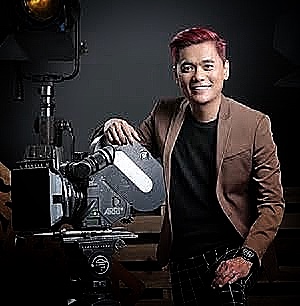 Seeing the work of Jun Lana just makes you wonder what goes on in his mind? The best way to actually find out is to learn from him via the CinePanulat Screenwriting Lab where 20 fellows go through rigorous screening so they could learn from one of the best Directors in the industry. They were finally revealed a couple of days ago and it includes Gian Arre, Aminah Badawy, Cris Bringas, Chloe Cabodil, Jerom Canlas, Eluna Cepeda, Adel Clemente, Shane David, Kathleen Gonzales, Jonar Johnson, Jiggy Lim, Ryan Machado, Rhadson Mendoza, Valentino Nool Jr, Jose Maria Ramirez, Janica Regalo, John Rogers, Karlo Sevilla, Anna Francesca Talens and Sofia Urmeneta. They have been chosen among 748 applicants. Having been a screenwriter for over 20 years, this is his advocacy to make sure the future would be bright for the movie industry.

They will all undergo a 3 month coaching and mentoring process so they would be able to find their voice, so they could also learn how to pitch projects professionally.

Now how I wish I’d be part of something like that.