GMA’s One Hugot Away Presents: Beauty and the Hypebeast 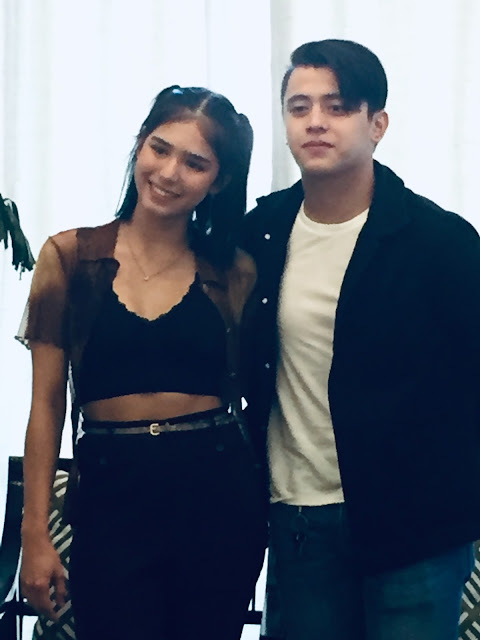 Kelvin Miranda and Angel Guardian for next installment of ONE HUGOT AWAY, it’s called Beauty and the Hypebeast, sounds so cool on paper, but will these two new actors deliver? On June 3, we will know. The first one was quite successful, gone viral in fact so the pressure is in these two even if they are new. 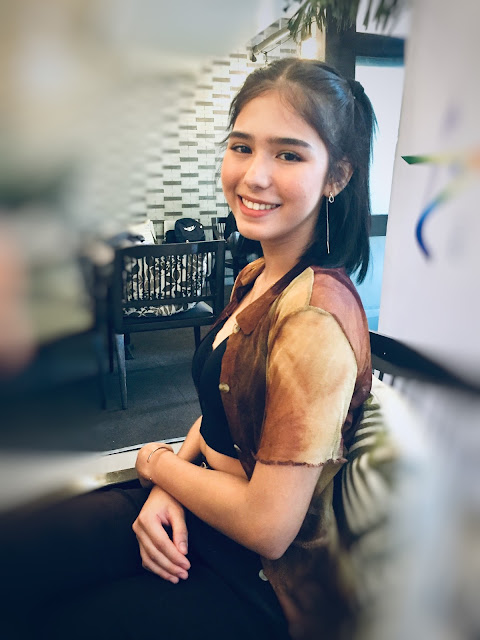 Angel says “I started in commercials and stopped for a while and when I came back two years ago, I tried with GMA and luckily they got me. I did Studio 7, which was so fun even if it was a bit rushed. I am already 20, working full time and J am so glad for the opportunities GMA Artist Center has given me. My first project was with Pamilya Roces and also Onanay. In the One Hugot Away episode, it’ll include a rich and young girl and a young man who is going to be Hypebeast. When we shot this it was so smooth because it’s been 3 years since I knew Kelvin, we didn’t have any problems because there were no inhibitions. Even before when I was doing workshops the director was having fun with me because I needed to play a mean girl. I also sing (and she sang impromptu).”

Right now she’s plotting her music career and wishes to experiment. She likes different genres and idolizes Billie Eilish, she also sees herself doing a lot of music of that kind, a little dark and weird which she likens most of her poems. She also likes Frisbee and Archery which she seriously wants to do even while doing showbusiness. She will also be on Black Lipstick opposite Kyline Alcantara so if you are planning to see her, that may be a good movie to watch out for. 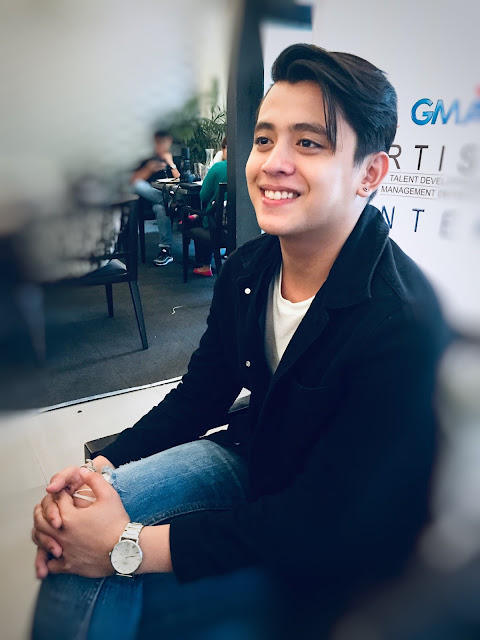 Meanwhile on the other table, Kelvin says “When I dress up and talk, I have to be legitimately hypebeast. We shot most of it in Malate so you get to see people in the same groups doing it, sometimes they are even in the scene. We don’t know if we have given justice to the roles because just like you, we haven’t seen it yet. We are doing the second installment and we hope people would like it. It’s just luck, maybe we are being tried as a loveteam, it’s my first time too so I don’t know because this is my first time paired in a loveteam. All my scenes are also serious so it is a little different from what we have been doing. We did well in the workshop and having lots of projects with GMA Artist Center made me realize all my work has been worth it. I also audition and I think it’s why I get to learn a lot from my projects. The responsibility that goes with projects makes it a little more pressured that usual, but I am glad to have been able to land interesting characters.”

He looks up to John Arcilla and other veteran actors. Seeing their old projects through Netflix makes him so eager to learn from them, he even wishes to at least have scenes from them too. More than the story, the program is about forgiveness, taking away pride and egos, he’ll be seen dishing out usual hugots on scenes and if he misses, it’s because that’s how his character is. He also sings, does a very good job at it too.

Again, watch ONE HUGOT AWAY for the episode Beauty and the Hypebeast on GMA this June 3. It’s going to be shown the same way as the last one (in different times of the day) and online so don’t miss it! This is also directed by Zig Dulay.