The End of EX BATTALION 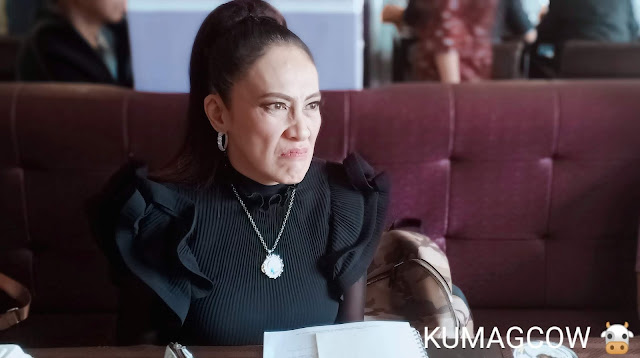 We saw a very furious and angry Aiai Delas Alas over lunch in Pamana Quezon City. This apparently stemmed from her boiling anger towards her rap crew Ex Battalion. For those who don’t know, Aiai served as their Manager around early 2018. Hearing their hit song “Hayaan Mo Sila” she was adamant to get them as talent and guide them to the crazy life of showbusiness because she has been in the industry for years.

Knowing they are from the underground scene Aiai felt then that she had to help them fix their lives. She’s like their second mother, trying to fix bouts of personal and professional problems since late last year, but she never had given up because she felt she had to help them make a career out of this, and hopefully become successful artists themselves later on. She says “I don’t know how it all came off because last week, one of them quit and told me via chat... then almost all of them followed suit. There are also some instances where I didn’t scold them even if they were a but unprofessional not going on performances and events they had a commitment with. I fell flat, on deaf ears sometimes because I am their manager. Now they might be facing charges with Viva I dunno, and without Mark, I don’t think I should even get them gigs. This is a traumatic experience for me, especially if they didn’t show up on gigs and I get contacted by producers. The last time, I told them they will face the producers lawyers and I wouldn’t be able to help them. After this, I don’t think I’d even want to manage people anymore. All I wanted to do was help these people, because I thought I’d be blessed more by God if I do that. It has happened so many times and tons of people told be about it, one year and two months isn’t a joke.”


She might be trying to make this a little funny while she delivered this but she’s seriously disappointed. I don’t think they would be able to fix this, will it spell the last time we’ll hear of EX BATTALION?

You be the judge.