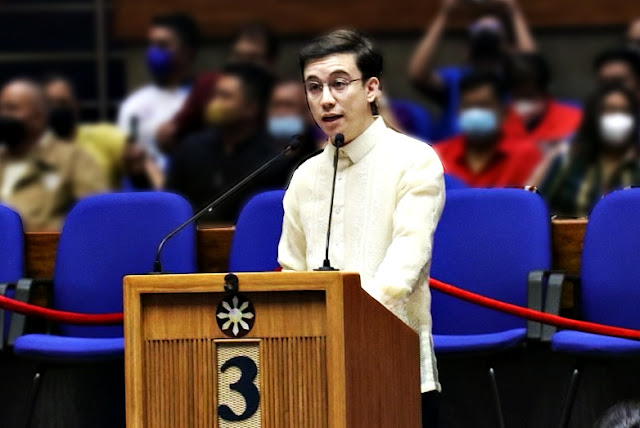 It's a sad, but we all have to face the reality that climate change is happening and we are getting the rut of its impact especially those located in coastlines, remote islands, plains, mountains, even cities too.

The weather has not been like what we have experienced in the past, and the existence of Super Typhoons has already broken what we all thought was already strong, not good. These days, it's not just the wind we're scared about. It's also the rain, the rising tides and ultimately, the flooding. We've been paralyzed in one way or another and this cost billions of damages, not just on property, but also lives.

We're so used to managing it, doing temporary band aid measures so it's so nice to hear someone acting on it. Recently. Congressman Arjo Atayde of the 1st District of Quezon City urging the government offices to prioritize the proper management and fast track completion of flood control projects especially in prone areas. This was said in his privilege speech on Tuesday and also proposes a Czar specifically just for that.


He utters "It's but timely to put one in the Executive branch to particularly address and ensure who will be responsible for coordinating with DPWH and MMDA. By putting a "Flooding Czar" NCR's various local government projects will be fast tracked putting priorities where it's due." He also made mention about the Metro Manila Flood Management Project that involves over 36 pumping stations, plus construction of 20 more (by October 2024), but so far only 1 has been acted upon. He also is pushing for funding from DPWH to make further studies in addressing this issue. It would also include the construction of retarding ponds in places like malls, schools, basketball courts, play areas, including the San Juan River.

Arjo also worries about his constituents like in Barangay Mariblo, Barangay Sto. Domingo and Barangay Talayan who already has experienced waist deep floods, to hopefully rid it with a more permanent solution for years to come. He also made samples out of Barangays in Bungad, San Antonio, Katipunan and Damayan who experienced knee deep floods. We are resilient people, but we should never resort to normalizing what we do during natural disasters and calamities. It cost the country 60.07 Billion last year and we should all do our part in making sure nothing bad like this would happen. The "Flood Czar" should take care of that.