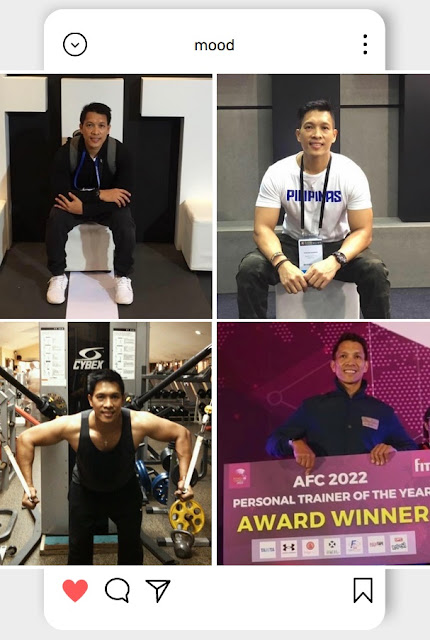 Working out is already hard, but making a career out of it, takes so much passion. That's what Marlon Herrera has been doing in the past few years. Ajudged in Bangkok, Thailand, he won Fitness Professional Trainer Of Asia. This was no small feat as they had to choose out of 20 professional personal traners from around the world, and this happened after 3 years of pandemic restrictions in the region.

Marlon says "This is such and honor to represent the country in this international stint. It's in the fitness field, and they dedicated this event to the clients and trainees we've had who have always wanted a healhier lifestyle." This was witnessed by over 500 delegates in the annual event hosted by Canadian Helen Vanderburg and Lawrence Biscontini from the US. This is officially the first time that a Filipino won the award in the competition's history.

Marlon Herrera has a Nutrition Science degree from Stanford and has been doing this profession for 27 years. He was also a power lifter, and now dedicates his time as a strength and conditioning coach for the Philippine Women's Basketball Team, geriatric therapy and children. If you want to know more about him, message him via @itsmarlone on IG, or call +639178566758 else, email him via lonherrera72@gmail.com if you wish to avail his services.