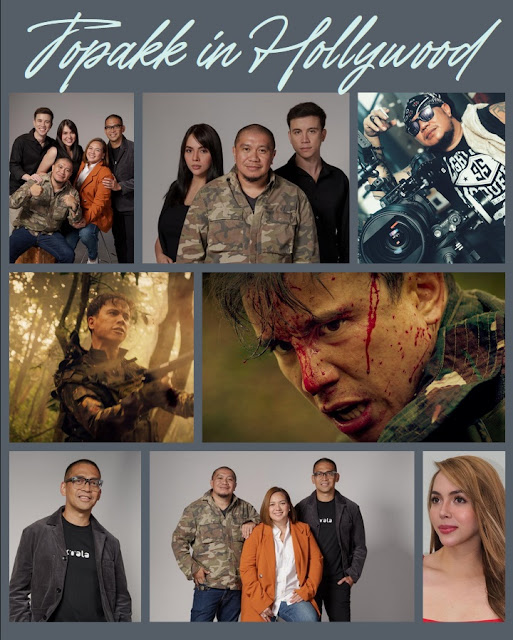 After making a huge impression on MIPCOM Cannes weeks ago, Nathan Studios Inc. just secured the nod of Raven Banner Entertainment which is a Candian production company for global sales and distribution. After successfully doing the screening for Cattleya Killer in France, this adds another great acheivement for the new production company of the Atayde Family (also Sir Art and Ms. Sylvia Sanchez), not surprised by the amount of talent in that.

This is an action thriller film starring Arjo Atayde and lovely Julia Montes, furthering their craft and foray to the international film market. Also in this film is Sid Lucero, fine looking Enchong Dee, and the gorgeous Ria Atayde.

Director Richard says "This is different as Topakk discusses violence which we see in reality in any part of the world. More of an action picture, and this is a Filipino take on the genre made for the cinema. I want to showcase the talented throng of Filipinos especially the very talented Julia Montes and Arjo Atayde. We are also doing the legwork for next year to see what we might possibly do in continouation of this setting. They'll also see stunts, and several ailments people get mentally. You'll see how he's going to rescue while going through hardships in life. You'll see them perform in an entirely different level, apt for local and international audiences worldwide!"

This is just the beginning and hopefully, as we get more interest with the films we make in the Philippines, it'll be better for the industry. Stay tuned for more updates about this and future film projects on this site.