Looks like Quezon City 1st District Congressman Arjo Atayde is putting his Vice Chairmanship for the Creative Industry and Performing Arts Committee for the 19th Congress into good use as he sets to hold the first ever KYUSIKLABAN Distrito Uno 2022 this coming November 19. It's a music festival aimed at promoting OPM (Original Filipino Music) and will be held at FPJ Avenue (formerly known as Roosevelt Avenue) that stretches from Pitimini Street to Del Monte Avenue in the same district. 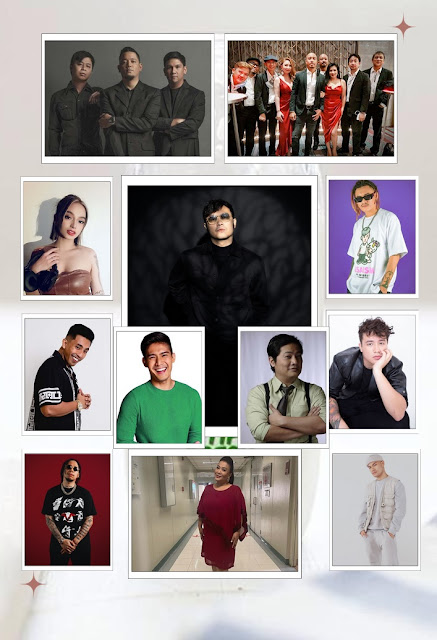 This will be participated by youth from the city and several bands, musicians, rap artists, singers and perfomers to promote home grown music. Congressman Arjo recently filed House Bill 457 which is an act declaring Quezon City as the Film and TV Capital of the Philippines. The event will also provide entertainment to thousands of his constituents, and nearby Barangays who have all been through the hardships of the pandemic. Hosting the event is comedienne Viveika Ravanes, funny man Smokey Manaloto and recently engaged Robi Domingo. Several well known bands such as Rivermaya, Pricetagg, Nik Makino, Issa Loki, OC Records and Callalily frontman Kean Cipriano, artist Juan Karlos, the Hydro Project, DJ Carla Cray, JP Bacallan and Bugoy Drilon will also be part of the lineup, all performing for the crowd. 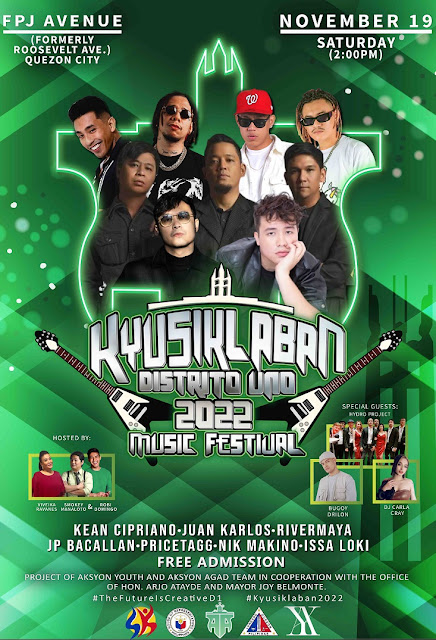 The event will start at 2PM and will include free vaccination and registrations for Ollie Belmonte's QCID. The music performances will start around 4PM and it's all for FREE. You can get tickets from SK Chairmans, officials of their respective Barangays so if you're up to it, go get them there!