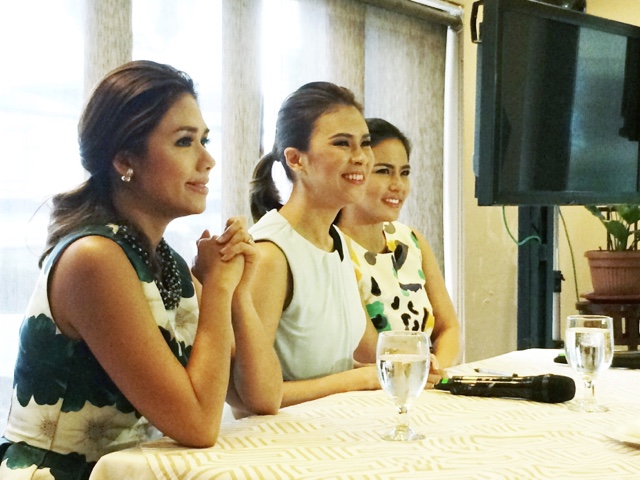 Traffic was bad but we were all optimistic as TV5 adds another season to Happy Wife, Happy Life starred by Danica Sotto Pingris, LJ Moreno Alapag and Gelli De Belen Rivera. They started to tell some really comforting words for Ms. Marielle Rodriguez Padilla as she suffered another miscarriage yesterday evening. They know they'll get through this ordeal and added there wouldn't be any trouble that would be brought upon them that they couldn't solve. 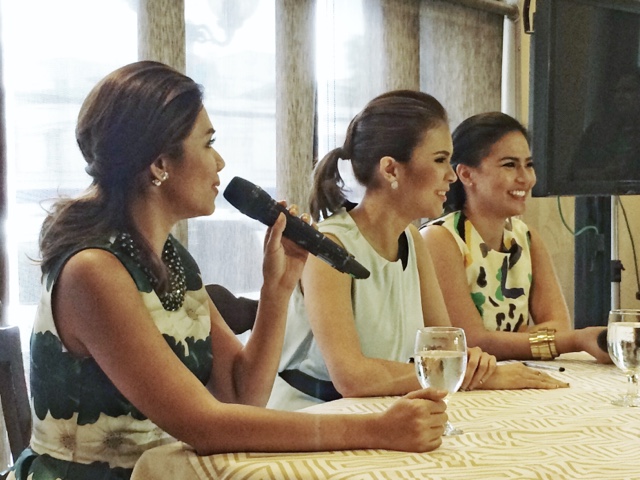 They promise this season to have more food trips, more happy moms on their third season. Gelli said "The difference between them and Janice is that they're very game. They don't complain even of they walk for miles and still talk about their basketball player husbands. Even if I'm not home, I know things at home are good because Ariel is the right person for me, we started that way."

Lj added "Jimmy is very hands on with the kids and it helps that he grew up in the states. He didn't want to hire a maid but I needed one. He takes care of the kids when I couldn't and even goes to the point where he prepares the milk when I don't want to go off the bed. I am so thankful I have a husband like him!"

Danica says "There's only one thing that Marc and I fight over, and that's giving candies to the kids. I couldn't handle the hyper activity that comes after. A little gummy bear entails a lot of things and he's so okay with that and I become the evil woman, but he understands why I do that and he has his reasons." 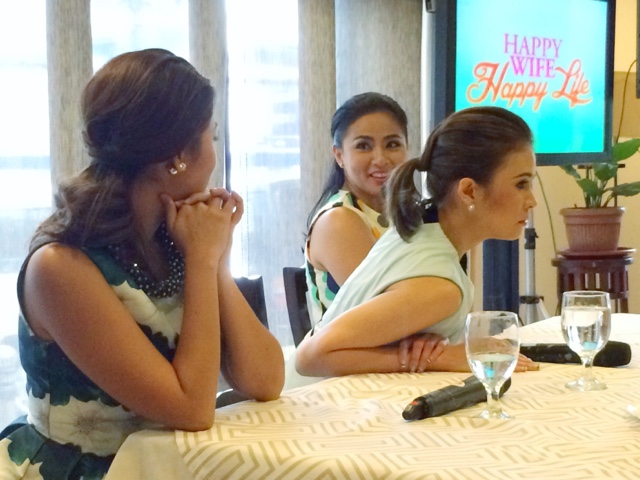 The thing that bonds them even more this season is marriage and how they've experienced it. When they share small things, that's what keeps them close. They believe men sets the pace and the women maintains and enhances it. So at home, they give that to the man. They were also hypothetically asked if ever they had third parties, none of them would like to be in that situation and said if ever it happened there will really be repercussions.

This season, they will be traveling to different places and are willing to go out there. They want to also eat in far flung areas so they would be reminded about Filipino roots, living simple, a thing that interests people that watch their show.

Happy Wife Happy Life shows 10:45 AM everyday on the happiest network in the country TV5!