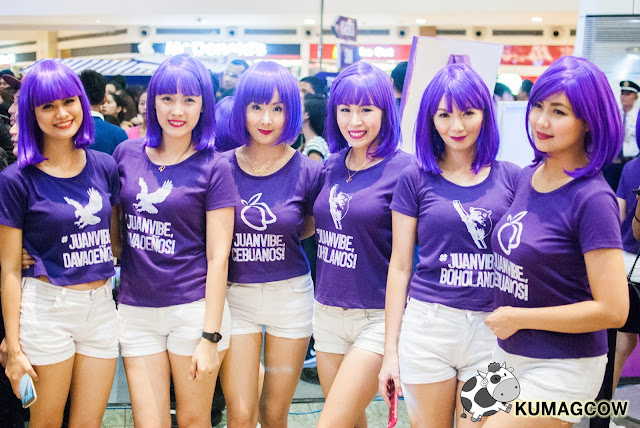 We had a wonderful time at the Trinoma Mall last week as Viber Philippines held "#JuanVibe Gimik Ng Bayan!" in celebration the Filipinos most treasured trait, close personal relationships. It's something unique to us and it's strengthened even further with communication applications like Viber, a free app which you can download off the App Store or Google Play. Imagine, there are about 21 Million users they serve nationwide and they felt the need to give back by giving tons of prizes, free photos, free snacks and a one of a kind free concert! Crazy right? 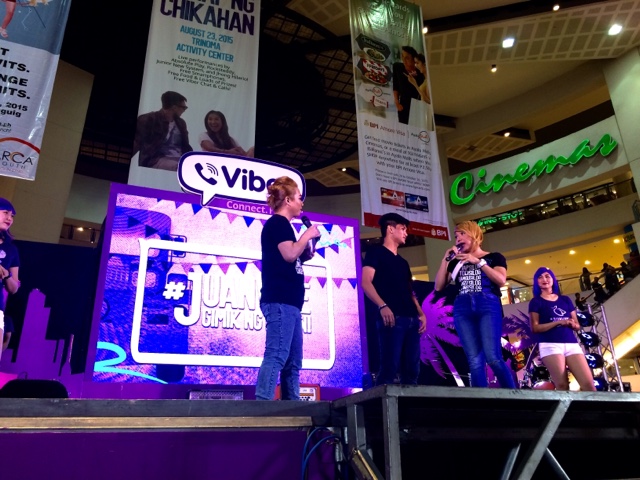 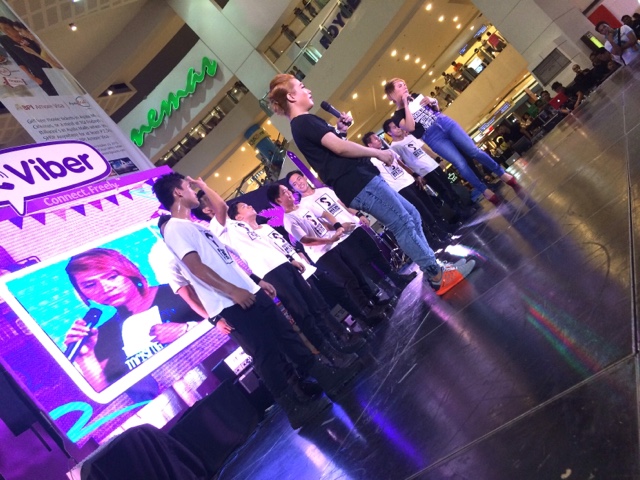 One thing I kinda realized when I was there was, this event is really intended for the people who has supported them all these years. It wasn't so strict, you didn't need a suit and tie to be there but still feel real special because they've got some of the Philippines' best and world class artists performing on stage. They even had comedy bar veterans as hosts so there wasn't any dull moment while they were on stage. We also saw their newest brand ambassadors, the Junior New System! 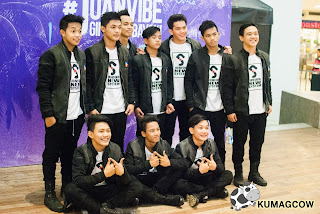 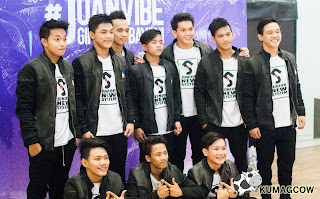 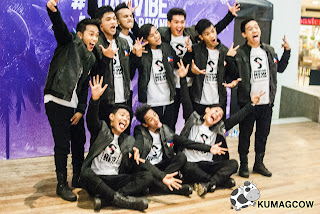 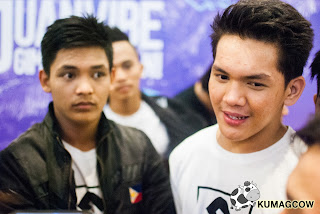 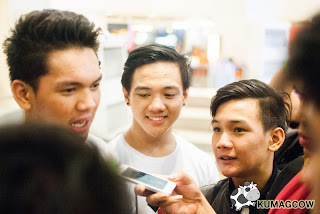 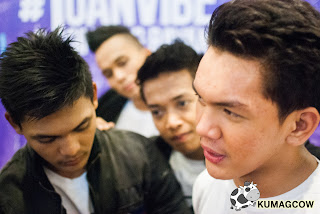 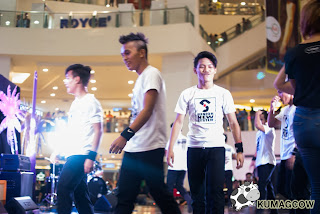 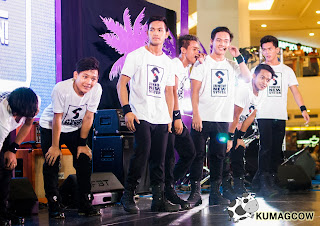 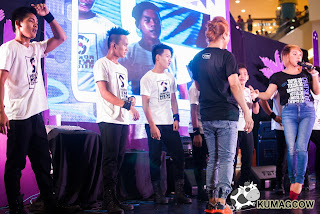 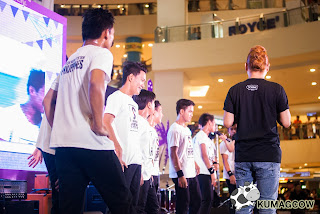 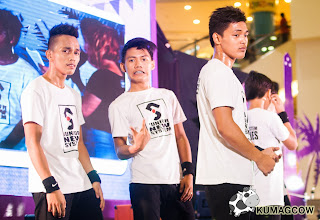 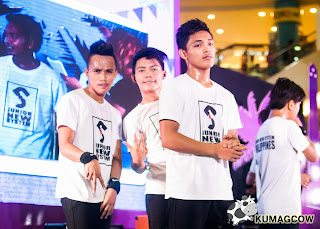 After rocking Asia's Got Talent, they've got nowhere to go but up. They personify the fast moves that Viber has been doing all these years and they showed why they're a force to reckon with on the dance floor. These guys also has fans in Malaysia, Singapore and other Asian countries and it's not surprising they ended up as one of Viber Philippines' roster of endorsers because they're that good!

Jascel Valencia of JNS said "This experience is unbelievable! We even had the chance to perform in Tacloban and see JNS Tacloban which are our fans based there. We're the new ambassadors of Viber and we're going to perform in almost all their events from hereon. We're very happy, we're still studying and we're also doing our own businesses as well. We plan to put funds to teach kids how to dance for free. Here, we get to work with Rocksteady, Itchy Worms, Bea Binene and Jhong Hilario. We're happy because we started from nothing, and now we're really getting ourselves on top, we've got money to go to school and help our families and that is just surreal. Some of us are still in highschool, some of us are in college and we've all become like this because of the people who believe in us, so a big THANK YOU to Viber!" 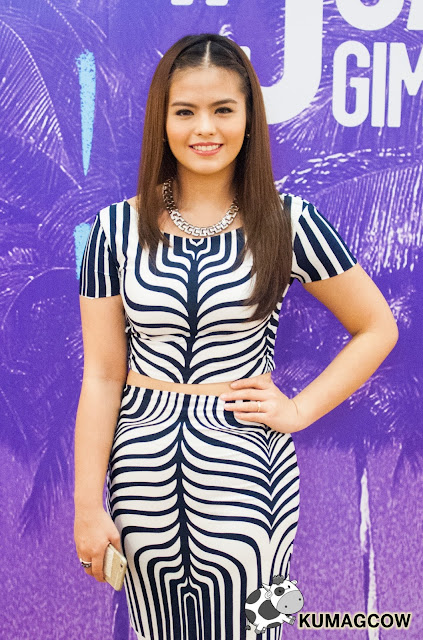 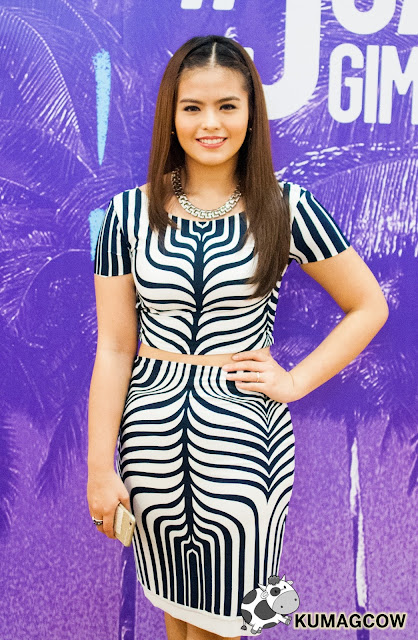 Meanwhile, we also saw gorgeous Bea Binene backstage as she was set to judge a few games later in the day. She's busy touring with Viber and a few provinces lately and she still has got time for studies. She says "I'm so thankful that everything is falling into place, I can still manage my time for work and for school. I can still do it. I actually wanted to take up Communication Arts but I had to find a school that would be able to accommodate what I had to catch up with in high school and my schedules. I also chose to go to a school with my friends, both of which are also from the Kapuso network but we kinda didn't match schedules either, that part was a bummer because we only met twice in 6 weeks of being there. There will be a lot of projects soon, I still don't know what the next soap will be but I'm sure people will see me very soon! As for love life, I'd be concentrating on my career first but I feel if it comes, it will come. I'm focused, I know my priorities but if it comes then I'd welcome it. I'm sure I'll feel it when it's already there."


I really hope for Bea's continued success in the industry, she's very humble and there are only a few stars that I admire as far as work ethics are concerned and she's one of them. I'm glad Viber also believes in her. 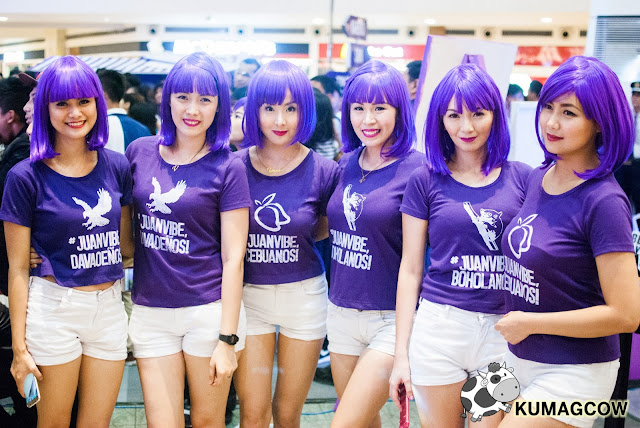 Ms. Crystal Lee, Regional Manager of Viber in Southeast Asia says "This is our own way of saying thank you to our 21 Million subscribers in the Philippines, we're celebrating this success with them!". Viber will have another round on September 12, 2015 at SM Pampanga so if you're around the area please follow #JuanVibe on Viber public chats and follow @ViberPH on Twitter.