Really Be Rich with Just Roll It

This day has been really fun, happy and exciting. I've been buying a lot of properties lately, built houses, hotels, towers and had several colonies this afternoon. I won a lot, some other people also owe me money. I lost some earlier but played for it again, and got it back. Oh yes I've been also riding several spaceships, going back and forth to Andromeda galaxy, bought planets, space stations and needles and still have some of the others placed with tariffs so my enemies would have to pay a hefty price. I want them all to lose their money in just a few minutes because I want to win. Obviously, the fact that you've read that just now may imply that I'm crazy. No, I'm definitely not. It' just that I've found an online game lately that have sparked my interest. It's called Just Roll It. It's catchy, easy to understand and they've got plenty of game play you could choose from. I just installed it on my laptop this evening and by the looks of it, I'm hooked!

Here's how we got it installed:


Registering an account would make you play tons of online games on their servers. Since we're here for Just Roll It, go back to the http://JustRollIt.ph page and click on Download. It will prompt you to save an executable file on your PC so go ahead and say yes, then run the file and follow the prompts.

After installing the game on your laptop or PC, launch it and you'll have this prompt. This is where you'll input the username and password you created when you registered. You've also got the links of their social media channels plus their community. It's also got a bulletin where it indicates the updates they do for the game. If you need help on how to play the game, they've got the game guide also listed there. If we're all set let's login. 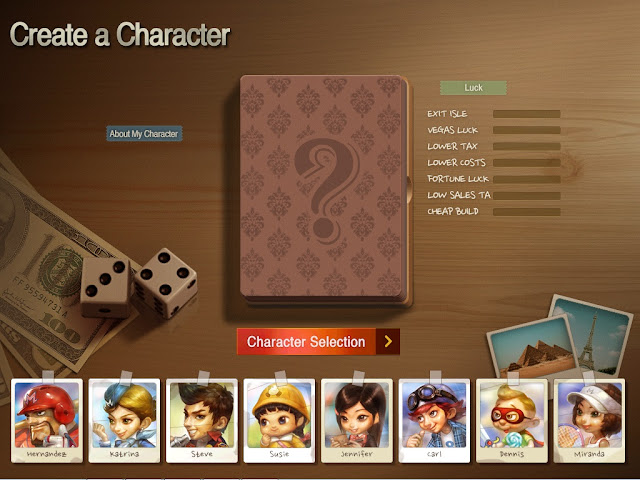 Since you're new around here, you have to choose your initial character. They've got different ones that have different characteristics and strengths. I obviously would choose the one closest to my looks and that's Steve. He's good looking, has a bit of a back story (which you can read after you click) he's a bartender just making ends meet, but I chose him mainly because of his high amount of Fortune Luck. 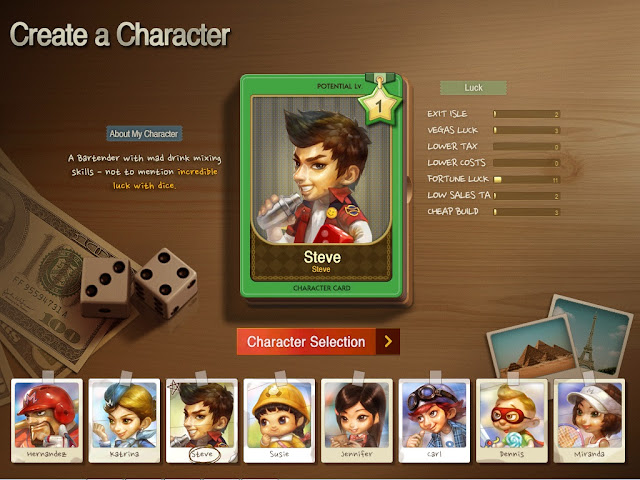 This would mean that if you choose to have other characters, you'll get other parts of the stats higher. Playing this game would not just depend on the way you throw the dice and land on the board because the character you use also matters. 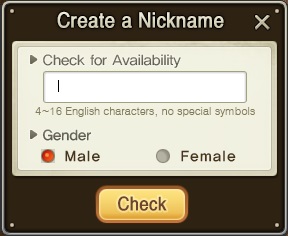 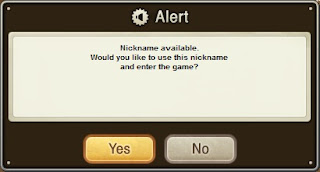 Then after that, they'll ask you to create a nickname that you'll choose to use on the game. Of course I used the obvious choice for it, my website. Then I was taken to a Tutorial that would explain step by step How to Get Rich. I strongly advise you go through it as they'll give away freebies right after it that could make your game start a tad better. They'll give you extra characters, things that could pimp up your character so you've got backgrounds and stuff. I just got a rain cloud by doing this, isn't that neat? 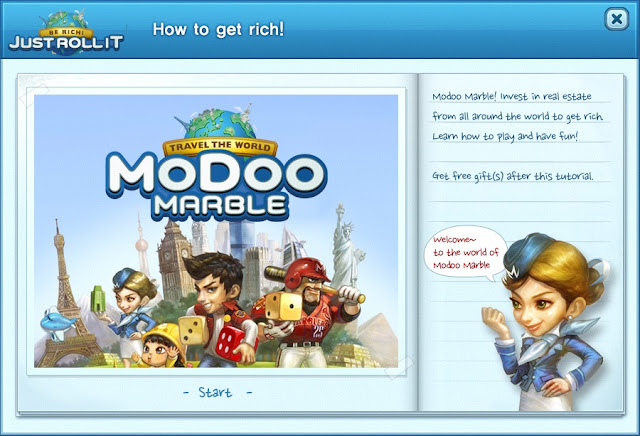 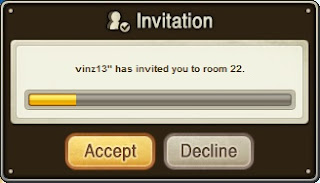 Just Roll It has different servers and different rooms that you can choose from. You get to play this game with other people online and in real time. I lurked around too much so I stayed in the lobby. If you're there observing other players, chances are; you're also going to be invited by other players who also created rooms. You can choose to accept or decline, but I think I played with this guy alone for my first match. I was then sent to the actual game after accepting his invitation and you know what? I won my first match! 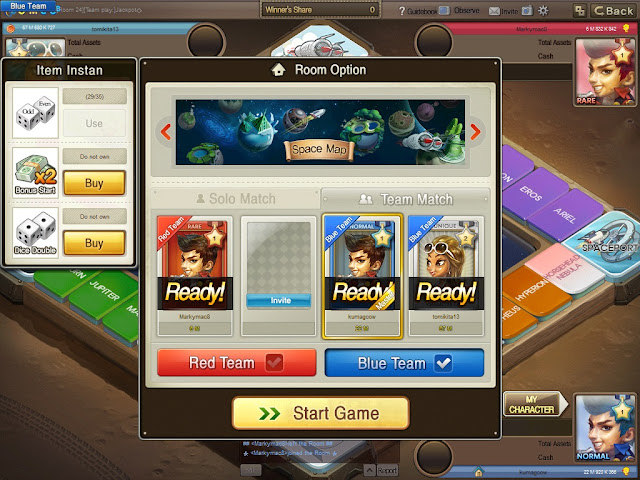 The game's concept is pretty simple. It's an online board game. You basically "Just Roll It" which means "roll the die" and when you get a number, your character goes to that planet and ask you to put up an establishment. Other players who land in your planet will have to pay you rent but they'll be able to purchase it if they have the money available. There are also other parts on the board where you need to pick a card and it'll contain either taxes (which you need to pay for), attacks (so you can pillage your opponents planets) or get perks (like discounts on properties or defend yourself from other players). The bigger the establishment you can put up in that planet, the bigger the rent. You basically have to make your opponents run out of money, have them all go bankrupt so you can win the game. You can battle it out with three other people, or team up like the one above. If you need another player, you can invite people in the lobby or those in the same servers. 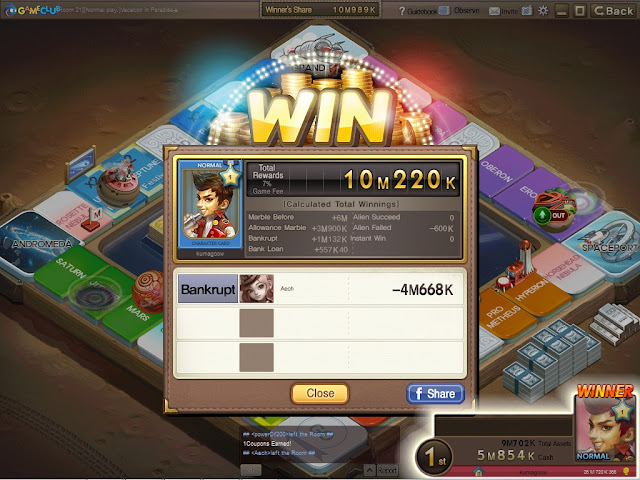 As for me, I'm going to play this game like a pro. I'll have to buy more planets, obtain more galaxies, ride space ports and try not to land on Andromeda and get trapped there. I still have a lot of colonies to put up so I could get my opponents give up when they see my name on the players list. Nah I'm just joking! I just saved the best for last, this should be a good reason to play "Just Roll It".

Just Roll It wants you to be rich in real life! Yes, if you play enough to enjoy this, they'll go ahead and make you the high roller that you want to be. You get the chance to win Php 1,000 daily, a prize pool of Php 62,000 monthly, or qualify for the weekly and monthly raffle in a span of 3 months so you could win a prize pot of Php 1,000,000. So come and join me in the craze and play the newest, cutest and most exciting game online. This is Just Roll It!