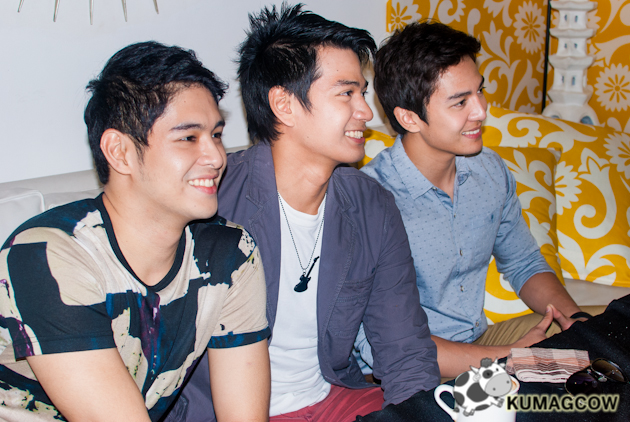 There's this boy group, not necessarily a boy band, which I find so unfair because just look at them! It's Jeric Gonzales, Abel Estanislao and Jak Roberto, three guys who have really good individual careers, are joining together to form a group called 3logy. I did say unfair right? 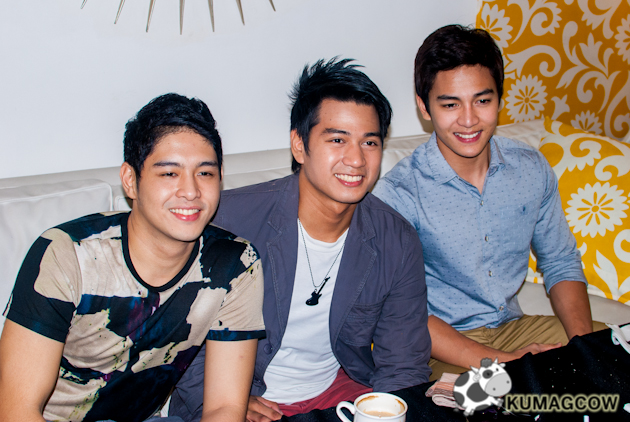 Jeric's been doing a lot of Magpakailanman and Karelasyon episodes. Aside from that, he's in the Dingdong Dantes starrer called Pari 'Koy where he plays Eli Marasigan's character. Aside from a very successful acting career, he's a very spirited singer and they've managed to work out this group when people from GMA Artist Center noticed that they actually look good together when they had workshops a couple of months ago. Abel Estanislao on the other hand has two shows on his helm. He's in the Kristoffer Martin -  Joyce Ching show Healing Hearts and plays Earl while he also is in the Ruru Madrid - Gabbi Garcia prime time show Let the Love Begin (of which I happily saw him again yesterday!). Jak Roberto on the other hand is still in Half Sisters and and the same show as Abel in Pari 'Koy. Evidently, they're all successful in their own right, but why form 3logy? 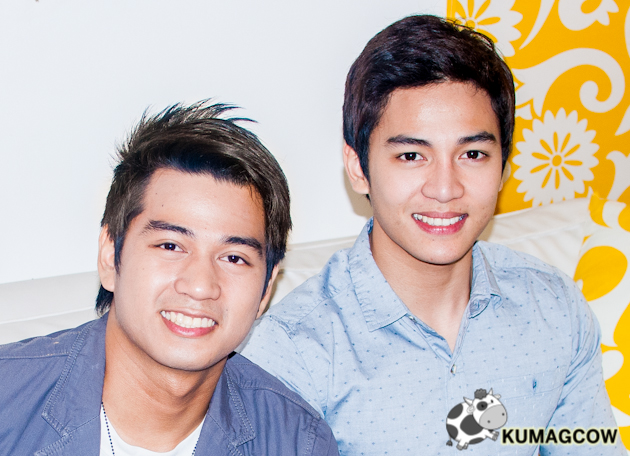 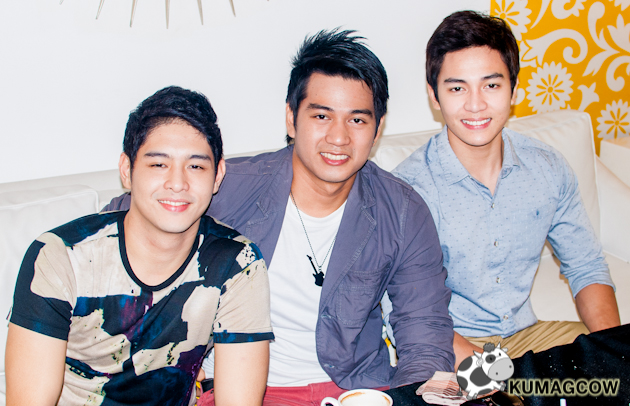 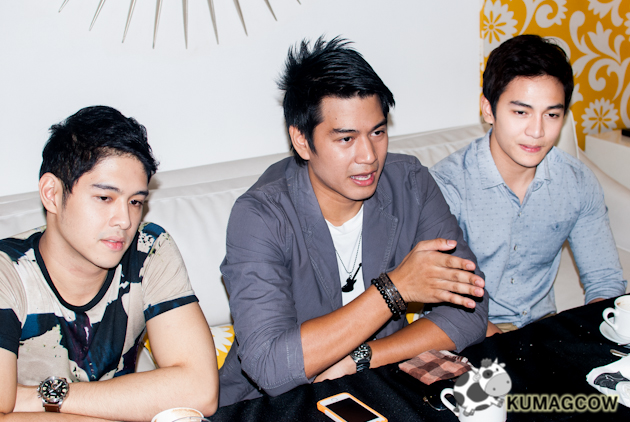 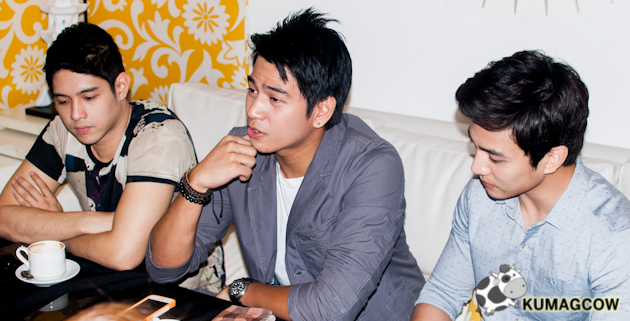 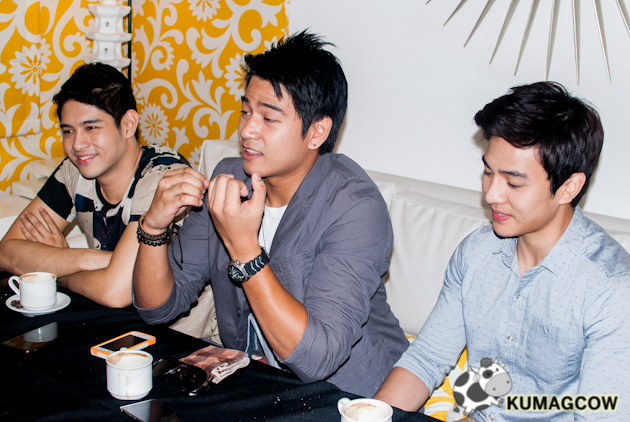 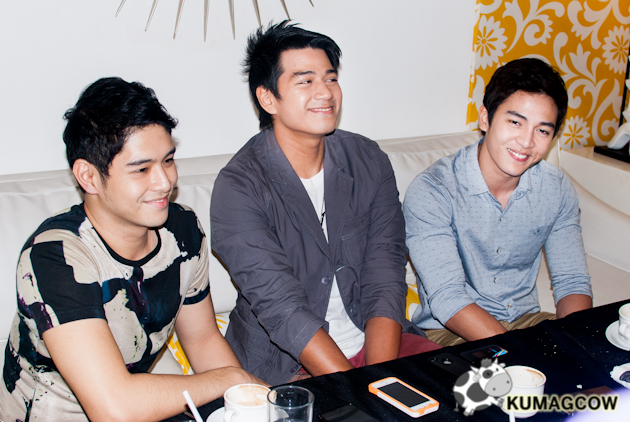 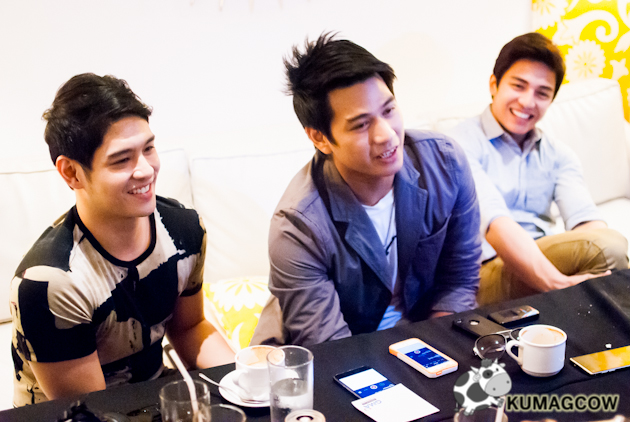 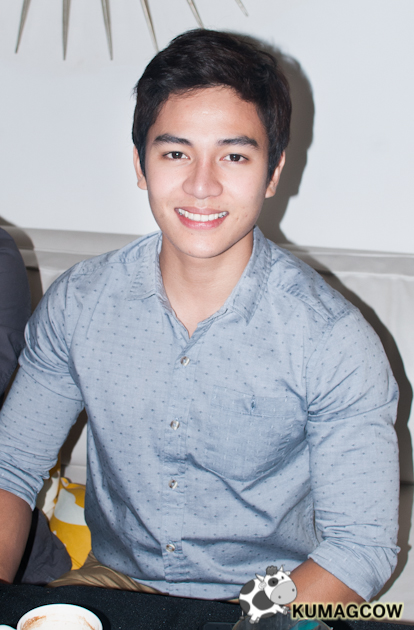 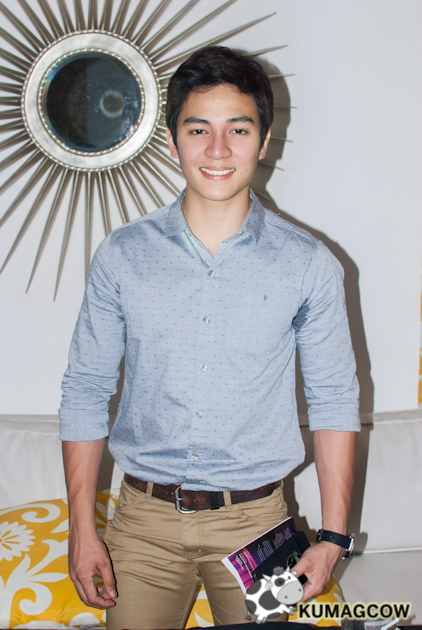 Jak Roberto says "GMA Artist Center saw us first and decided that we sing most of the theme songs of the recent Koreanovelas shown on our station. The first one we ever did was the revived version of "Maybe It's You" that was used for Kim Sam Soon. We all enjoy singing, Jeric can play instruments, so does Abel, and I on the other hand already had a group before so it wasn't really hard to do this. We know our voices. Their initial plan was more of be like the APO Hiking Society where we'd do mostly revival songs, and do it in a more acoustic way. We all played the guitar initially, but we transitioned doing the Koreanovela's theme later on. It's a bit hard to convince people because there are a lot of other artists who probably are better than us but we prepare very hard before a performance just so people would like our music. We're not here to impress, our intention is so that people would enjoy, get entertained when we sing.We have small problems in scheduling because we work in different times. It's a challenge because it's difficult to form a song when one of the members isn't there, including syncing, rehearsals too. We also had to beg off with some of our mall shows because of that, but it's all good. Zeb Zuniga helps us in vocals and Mikoy too, even in blending. I get inspired with singers like Duncan Ramos, I do falsetto's and it's difficult. Maybe we can do a few originals and a few Koreanovela songs as well." 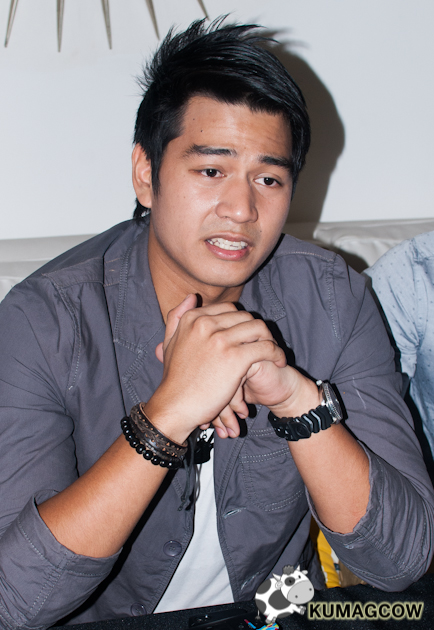 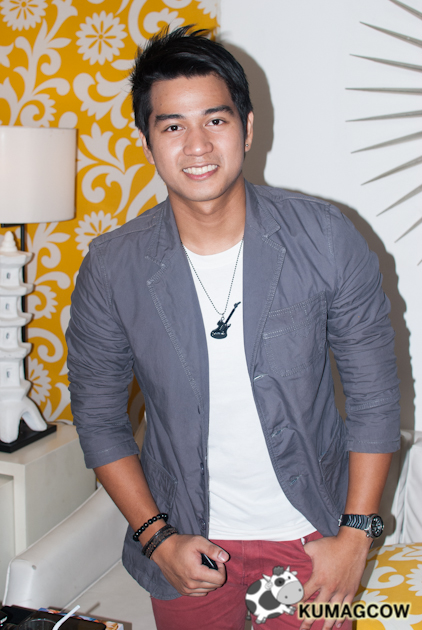 Abel adds "It's in the workshop, that's where they started it all. Mikoy Morales made us our very first original song and that's what we've been singing lately which is called "Pwede Ba!". We sang this first single in Sunday All Stars. Hopefully there will be plans to have an album too, but we prioritized to release something digital first and that's what we have now in OPM2GO.com. Mikoy is currently making more music for us as he says. We're really excited for that. We're also trying to compose, but it hasn't materialized yet. Mikoy is a genius, he mastered that part. He makes good songs, I like it as our voices are not into those dance tracks. I think we'll fit love songs better. That's where you'll hear more blending, as what we're gunning for. As for relationships, mine's a bit complicated. We're not a boyband, I started as a musician before I did showbiz. I was doing jazz and playing in Stonehouse, I did sessions there, music is in my heart, it's my passion. Right now, we're doing this together with our individual shows. We don't have a lead singer, it just depends on the song so we usually alternate. In Pwede Ba, I suggested a few things so when we recorded it he liked it and that landed in the song, we do have small creative inputs. We have covers, we have originals, (then they sang Gusto Kita by Gino Padilla during this bit). I like Rannie Raymundo's music, he sings differently when live. We do work hard in Artist Center, in the next few months I hope the group gets more well known and perhaps get more following too." 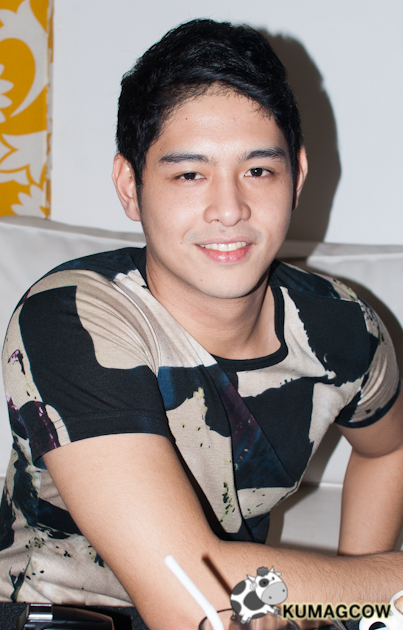 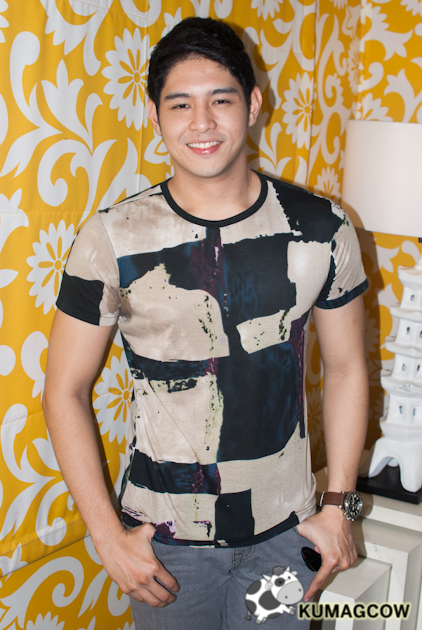 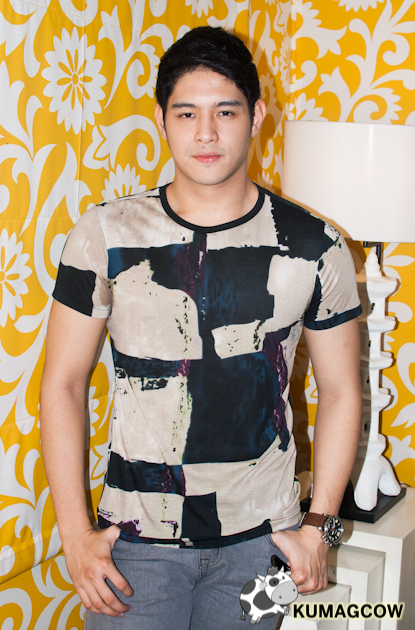 Jeric also says "There was one workshop where we were spotted and they knew right then and there that we looked very good together, we have chemistry, so they thought of bringing us together. Then we said "why not?!, why don't we try that!". We're all single, so the song "Pwede Ba" was really perfect for us. We like love songs because we're sweet guys really! LOL. We've been working hard as a group, we bond, we rehearse a lot. We practice our song over and over again so we'd sound good when we perform, and also improve even more. We have challenges because my schedule is different working in Pari 'Koy but we're doing good. We've rehearsed a few songs now so we can do something more if needed be, but we're also concentrating on the Koreanovela songs we can do in our repertoire. I personally like artists that are more in the RnB side, so I get inspired with JayR and Gary V. I do high notes but it depends on the song. Hopefully, we can get an album, that's our goal." 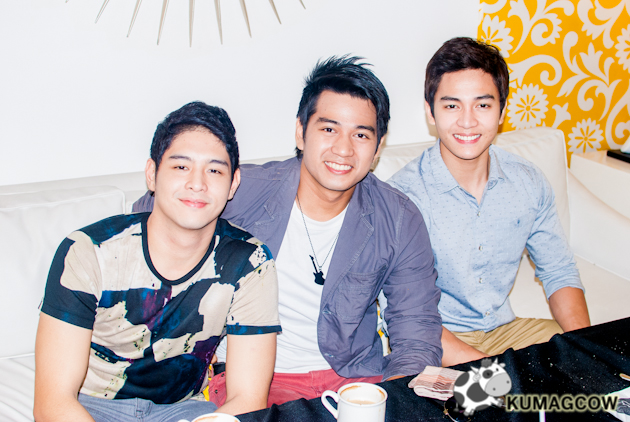 These good looking guys, their songs, all but have nowhere to go but up. Aside from their very promising songs, you can look forward to see them promote not just their shows... but their group as well. You should definitely watch out for 3logy as they come out with more songs, be in more shows in malls, and TV very soon. I can't wait to see their first album, hopefully they could release one before the year ends. They hold a lot of promise, it's just a matter of time when you'll love them all over again when they sing their way into your hearts very soon. Congratulations Jeric, Abel and Jak! This is just the beginning!

Here's a preview of their latest single Pwede Ba