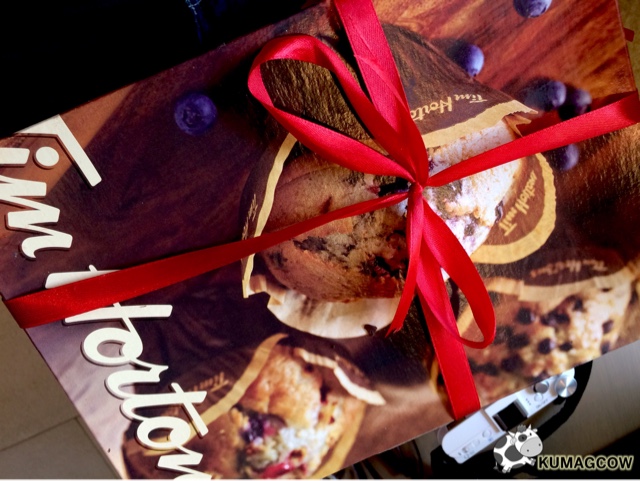 It looks like Tim Horton's is starting to understand that Christmas season in the Philippines starts when the BER months come in. Just today, they just launched three new Coffee drinks to usher in their Warm Wishes campaign. Aside from that they also had us try a new donut holiday flavor which you will see in a bit.

They'll be sprucing up the stores as well because they want you to feel right at HOME. Those red and white Christmas decors would fit in here nicely and I'm sure you're gonna have that fuzzy feeling while having their cup of joes. 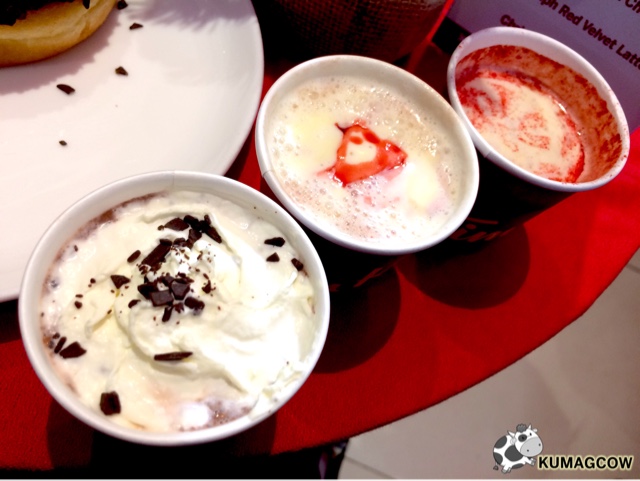 The three new flavors are Merry Berry Choco Chill (my personal favorite), Merry Berry Hot Chocolate (which is equally good), Rudolph Red Velvet Latte (if you want a stronger brew) plus their regulars which they serve all year! You won't be leaving the store hungry either because for lunch they've got humongous BAGELS which I find so good and filling too. Plus don't leave without having their Christmas Log Donut. I already felt full after eating one for my cheat day. It was a bit sweet, had tangy strawberry streaks and a tougher donut dough than usual. One piece would be enough for one person, but really who's stopping you!

They have this in Uptown Mall in BGC but there's some other branch in SM North I think so you should find them there too! :)