This year has been successful for Synergy88 Digital, one of the biggest Filipino owned multi business process and graphic arts service providers in the country. Their thrust is on animation, game and art development that's got their entire operations based in the country. The extraordinary accomplishments has already brought the nod of government agencies and so with their recent representation of the Philippines in Vancouver, Canada, they showcased what current talent they have over at Synergy88 Digital as they joined the External Development Summit (XDS). This is the premier international games industry event that focuses on external development of art, animation, audio, software engineering, quality assurance and more. This was the same event where Synergy88 Digital met a subsidiary of Microsoft called The Coalition and Microsoft Studios (back in 2014) who was at that time working with a game called Gears of War 4, part of the Gears of War series heavily favored on Windows 10 PC's the newer XBOX Consoles. Thanks to the Department of Trade and Industry - Board of Investments and their other offices, they're already scheduled to come back next year. 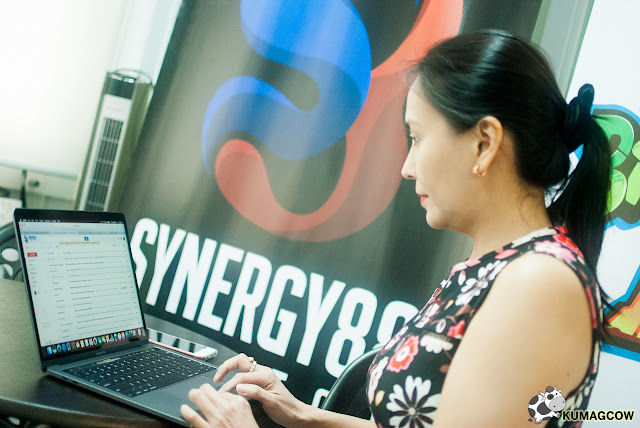 The company and it's divisions went through rigorous tests, standardization procedures so all it's processes would come accorded with their counterparts, later on achieving the coveted certification from Microsoft. Synergy88 Digital is officially a Microsoft Certified Development Studio, the only one in the Philippines. Soon thereafter, they accomplished training, passed exams and requirements and are still continuously learning from Microsoft directly. Gears of War 4 by the way has been nominated with several awards and have been lauded by critics for the exceptional artwork for characters, realistic weaponry, environments and stunning visual effects.

Aside from the work they put in on these incredible games, they also have other projects under NDA's and revered as top secret as they haven't gone out of the market yet. They've attributed their success mostly on the things they've learned along the way including the representations they did during XDS as they clearly didn't just showcase their ware, they were able to learn a lot from the new technologies introduced in the summit. They get to see the latest trends, learn from actual companies, interact with the world's best game developers, programmers, publishers and vendors. They shared the next generation AR and VR technologies have already reached their offices, so we'll be seeing quite a throng of great titles in the next couple of years. They also hold the title of being the first Microsoft 3D Game Art Vendor in the country. Here's a short interview we did at their studios in Quezon City.

We had the feeling of optimism from Ms. Jackie Chua and the people from her office because as they've communicated they have just barely scratched the tip of the iceberg on this 100 Billion Dollar industry. The talented triple A skilled people of Synergy88 Digital are also into digital, film and special effects. Those nice things you see on local prime time shows in ABSCBN, a couple of indie and mainstream movie projects (of which are also award winning ones) come from here too. Their other divisions like ASI Studios, Kalaro Games, Synergy88 Productions, South Eastern Data Center and Renderbee would continue to churn out more products in the coming years, and they are actively looking for talents to join their roster. They have a program to discover talents which they have started recently, I'm raring to telly you about that on the next article so stay tuned! For more information about their company, please visit their official website www.synergy88studios.com.


On a personal note: I actually worked in a similar industry and by my standards, I am impressed about their products and skill sets. Their goals however do not end there.