Aiai, Zsazsa, Carmi and Beauty for Ricky Lee's BES and the Beshies 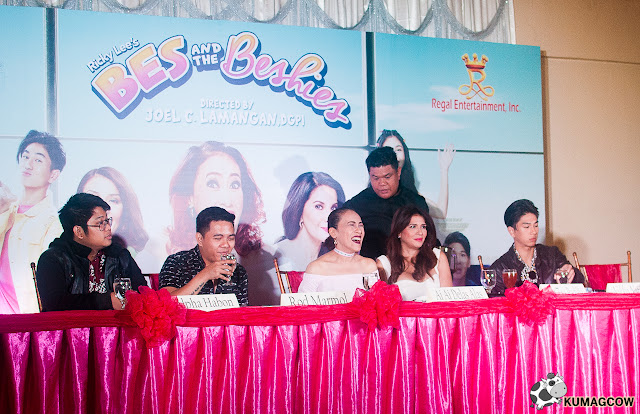 I spent the afternoon at Le Reve in Esguerra Quezon City to attend the media conference of BES and the BESHIES, a new film by CINEKO Productions and Regal Entertainment. Albeit some of the cast were not there, it was still fun hearing Ms. Aiai Delas Alas, Ms. Zsazsa Padilla, Hashtag's Nikko Natividad and the writers under the tutelage of Ricky Lee tell us about the experience of making this film. I was under the impression that this would be something close to the iconic 80's hit movie Working Girls but this doesn't seem the case. Ricky Lee has been conducting really good workshops and he deemed these writers under him would be getting the chance to do this movie. True enough, the producers were delighted to do this story.


"Our goal was to portray 4 women who are always showcasing courage, even before we wrote Super Parental Guidance, we wanted to do this right after Ricky Lee's workshop who we are a part of. This initially came from that Filipino expression "May nanalo na bes!" and we just played with it."  -Alpha Haboj and Rod Marmol 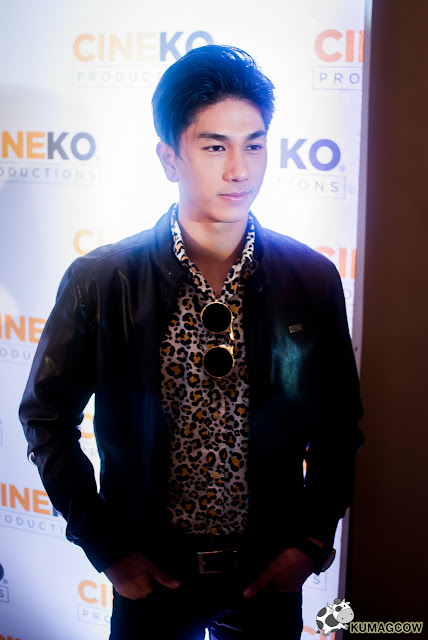 It was a little early but when he arrived, he initiated to actually talk to us before the media conference. Nikko, as his friends call him has been part of PBB and popular boy dance group Hashtags. Although very popular, I felt these guys are very humble especially the ones I've already talked with like Macoy, Luke, Nikko (this one) and my favorite Ryle. He posed for photos as he described his character in the movie.

"I play the role of Dans here, I don't know if I'm a boy or girl, but I'm definitely a good son. I am currently under Star Magic, we talked about it (his former manager) and they will take care of my career. I am so close with the other hashtags, our bond is strong even if we're off the show. We haven't even had any problems that were too big to handle, I think it's just a matter of respect. I am a bit of a terror as a brother so in a sense this is close to me, I am the eldest in my family." -Nikko Natividad 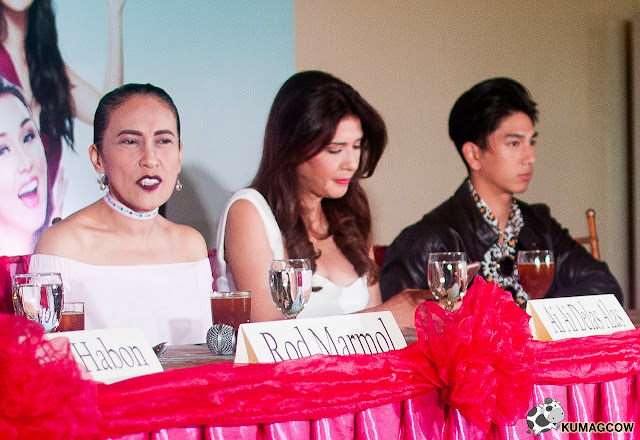 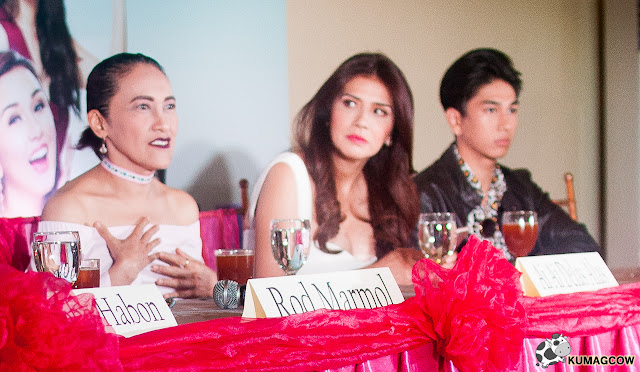 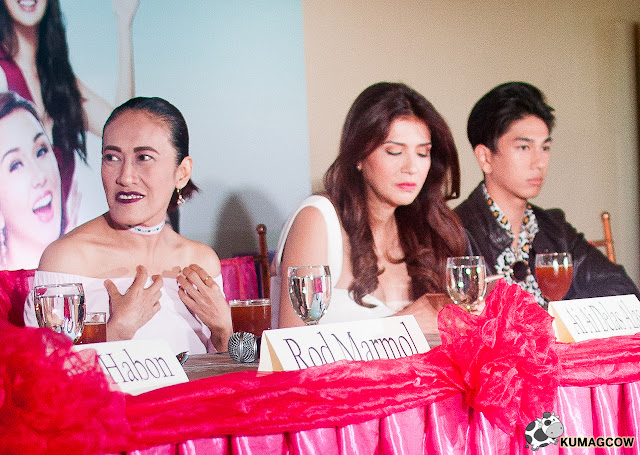 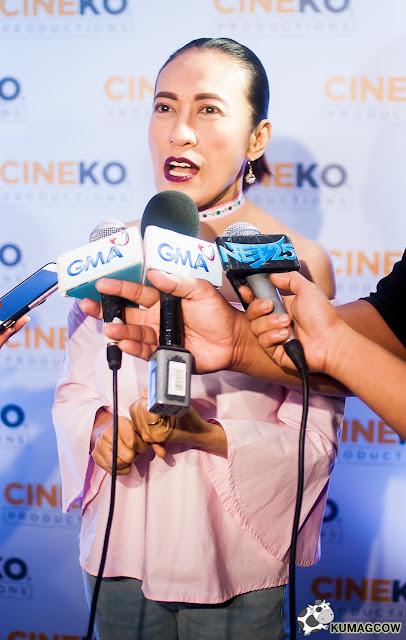 While on the front of the stage, Miss Aiai started to talk about the movie and said "I am so glad to see how we have been put together, especially under Joel Lamangan, who is so strict. We felt it whenever we had a shoot we were so nervous. I have a lot of friends and if I try to mention all of them we won't have time for this presscon. Direk is so much of a perfectionist, it's not enough what you can do, you have to do what he wants to happen in his mind, it's his vision. In love, age is just a number, weddings are dreams for me, a dream for my Mom too and I would really like to see that. I even joke about it because as you know, most of the men do cry during weddings."

"Now I know it's the first time I am working with Zsazsa and Carmi in a movie, but they are my personal friends so it was less stressful. Before I got to where I am today I've done different jobs, so this is seriously not a new thing for me. It happens to people that look for work or earn a living. This is situational, we also use millenial language so it's going to be fun. I hope you all help us see this with your family."  -Aiai Delas Alas 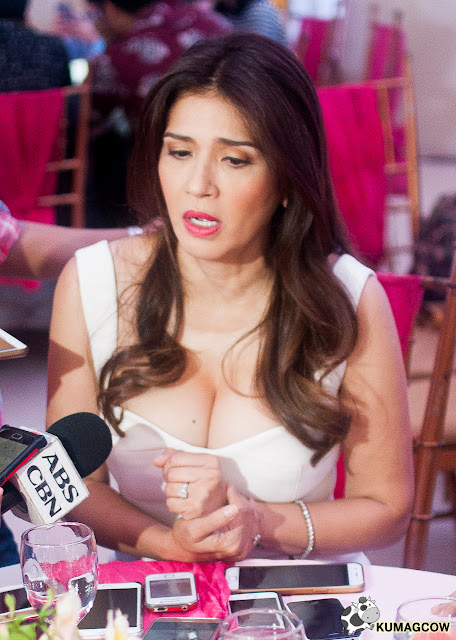 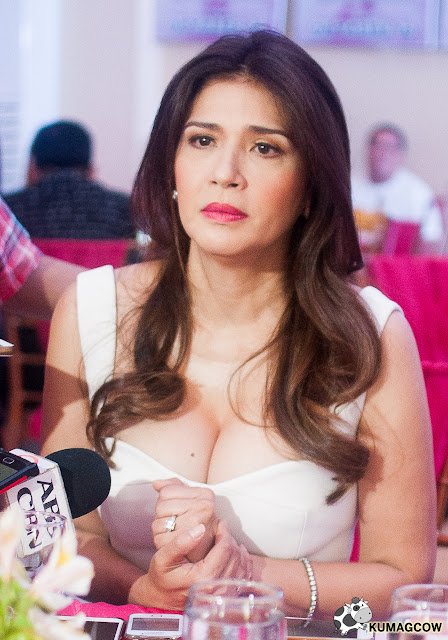 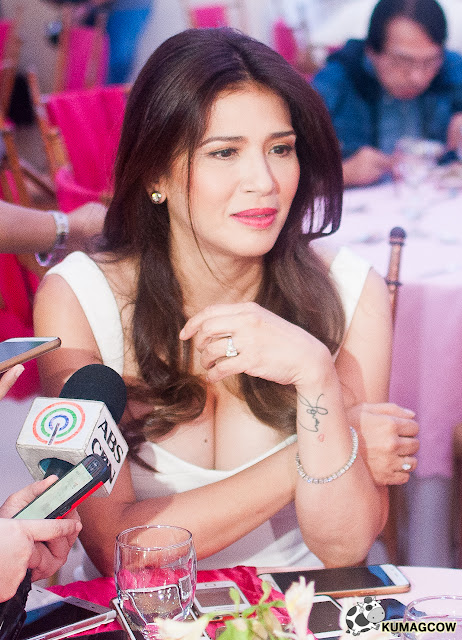 When asked about her good friends who are also in the industry, Ms. Zsazsa uttered "Gary, Martin and everyone in ASAP are my beshies. Even if we don't often see each other, I can depend on them when I need them.  I don't talk about weddings during our shoot, we thought about it and wanted to have a business rather than a wedding. I have been working since I was 18 and in a way I could relate to this character, but I am no martyr like Mabel. I also had to work hard because the role needed a specific accent and I get scolded a lot by Direk, I had to think that I'm really from the Visayas without looking forced."

They also talked about her recent engagement and a little about Dolphy, but I'd rather keep that in the blinds because she mentioned most of it were very personal.

Anyway, this looks good on paper and hopefully it would also translate a good run in the box office. Two productions, Direk Joel Lamangan (a very strict director) and ensemble cast is making sure you'll enjoy and have a lot of laughs with Bes and the Beshies. You will see them on theaters this coming October 18. It also stars Beauty Gonzales, Ms. Carmi Martin and a lot of stars that are staging a comeback. This is for women empowerment, friendship and love. You'll enjoy this for sure.