My Letters To Happy Presscon 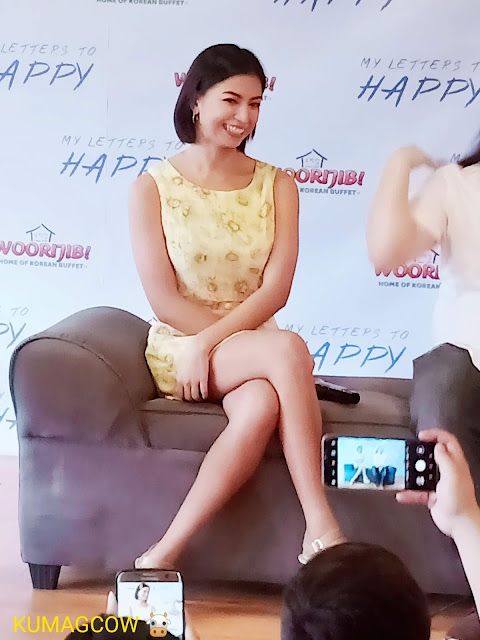 What do you do to be in a relationship? Does it make you happy and complete? Or are you okay without it? What if you've given up on love but suddenly, you met someone perfect online that just completely swept you off your feet, but end up leaving you in the end, would you still go for it?

The movie My Letters to Happy will be showing this coming "rainy but alone" season. The Director saw Sleepless and always knew the perfect person for this project, it was always Glaiza De Castro. TJ was a solid actor and they wanted to see how the contrast would work with the two. The character needed a more up tight guy, and he knew he was the perfect one for it during their first few meetings.

Glaiza remarks “I tried to use new apps to date, it made me braver, more eager to express myself but it really wasn’t successful. It didn’t work for me. It’s a commitment, and I think I should just go out. I am very patient and haven’t experienced getting from one relationship to another. It’s a choice but there are a lot of relationships that are shallow, it’s what happens if you don’t know if there’s a connection. The character I play is very eccentric, theatrical, a little effort to put her out there. Surely you will see a different persona. I wasn’t really troubled working with TJ, he just enters the scene and he could do it. He isn’t selfish at all, I could love older guys and I think that’s what is exciting about relationships. Love has no form, and it’s a very nice feeling. I have a tendency to get in easy going into character but have difficulty getting out of it, TJ also is going to be more sexy here. You should see him! Alyssa also tries new things, it is difficult but she is not filtered and has no acting methods yet so she wasn’t trying too hard and it looked beautiful on screen.”

Tj says “Here she was refreshing and retained her innocence when I had to be with her in a scene. It releases the tension, I had to give her a few tips but she was very focused. It worked with her advantage (Alyssa). In a sense, it wouldn’t be enough for the director if she didn’t pass the standards and she did.At the end of the day when we help one person, their family or friends, it’ll be worth it and it’s a positive message and worth to take from the film.”

Alyssa Valdez adds “This was actually very hard for me and very challenging and it was something I wanted to experience so I could know myself better. I get overwhelmed sometimes and second guess myself, try to see what I needed to do but I’m just really happy I get to improve more in this film.” 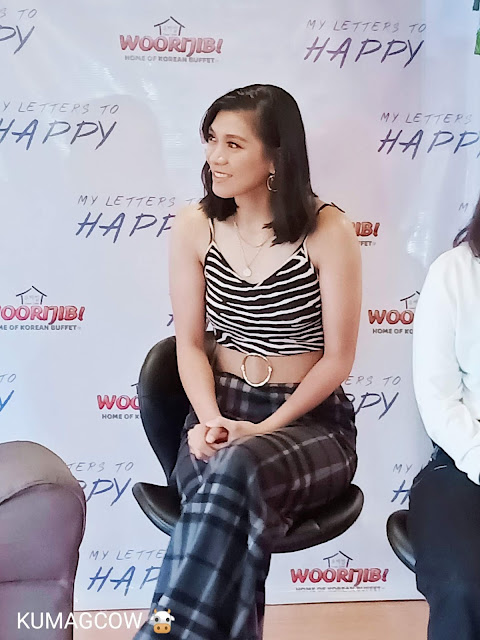 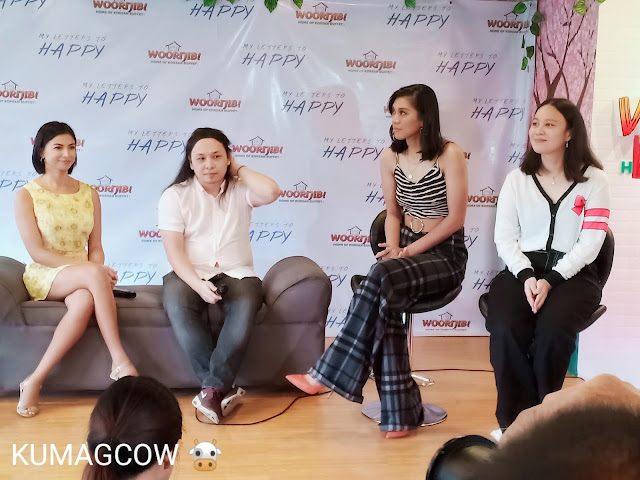 When the director was making the script, he wanted balance so it wouldn’t be heavy and dark. Glaiza had range and she was already enjoying it during the second scene with Alyssa. For those who would like to watch an acting showdown between man an woman, the things in between how relationships work or fail, make sure you watch it this July 17 on theaters nationwide! How about you? What would you write if you had to send your own version of "My Letters To Happy".