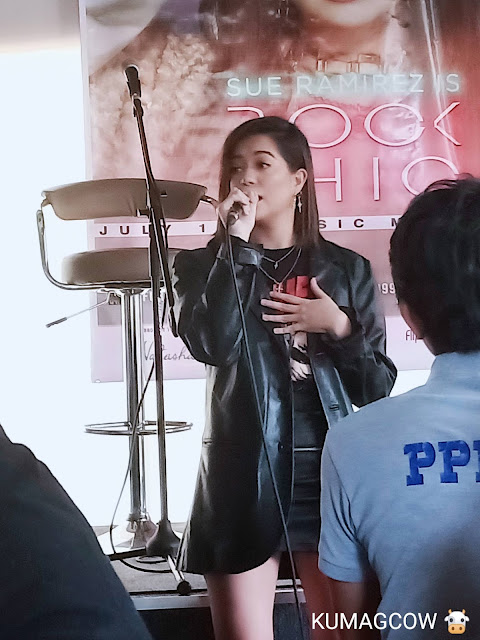 Guess who’s going to have her first concert this July 19 at the Music Museum, it’s Sue Ramirez and she’s always wanted to start performing on stage, not as an actress but a singer this time.

Sue says “It is a huge celebration for my career, and we are doing this before my actual birthday. I started singing in school but the opportunities was in acting gigs, I didn’t know how this played out but Direk and the production gave me a chance to do this, I am hesitant to do this but I asked the people around me. My handler was that one push, she told me I believe in you Sue and like what Lady Gaga said, all you need is that push. I was always that musical kid who sang in different venues, I had some contests in schools but never did join contests outside, but like any Filipino I sang my heart out in Karaoke. It was when I started loving it. I always loved Pink and her songs, also Lady Gaga, I really look up to these women. It is going to be a mix of genres, different timelines, different kinds of music. I have Kristel, Mariz and Michael Pangilinan who will serve as guests in my concert.”

Direk Lloyd Mamaril says “I saw Sue perform and it was a magical moment to see her in a blue dress and when she sang Imagine, I really wanted to produce her concert. She has proven herself in many facets, we give artists avenues to grow so this is it. When we met I was thinking of a term that would best describe her and the music she does, she’s a rocker but dresses well. She’s Rock Chic. She also adds things in the plans, I planned a year for this and I want people to be proud of this.”

This is directed and produced (under FLM Creatives and Productions Inc.) by Lloyd Mamaril and tickets will be sold on Ticketworld and at the venue. Sue promises this will be very personal, she is excited to share how to share her musical story, songs played will be about who she is as a person and hopefully you’ll get to know Sue even better. 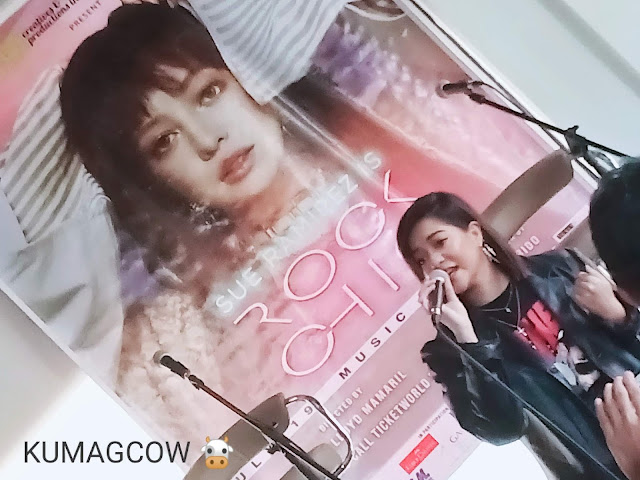