Aicelle Santos In Her "Class A" Birthday Concert 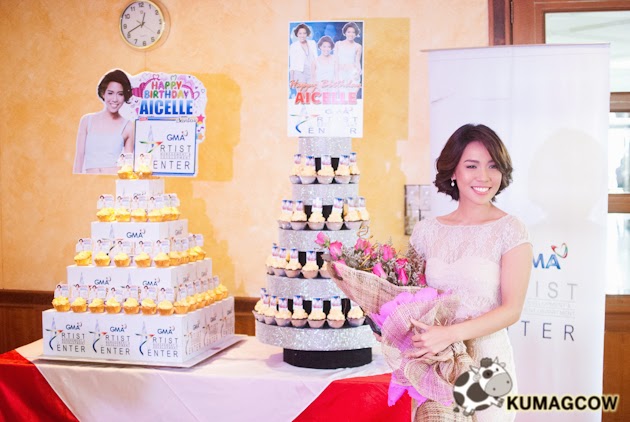 Aicelle Santos isn't really new to the singing and performing. We've all loved her during her stints in the group La Diva. You might have missed her performing every week in Sunday All Stars or any program on GMA, but when she decided to turn a leaf and make her own path, she didn't know opportunities like these would open up for her. Aside from her great performances and awards in the critically acclaimed runs of "Rak of Aegis", she's now braving to have her own concert entitled "Class A" at the PETA theater on the 25th of February. She's also releasing a couple of tracks, hopefully an album too in the next few months. The concert too will be sort of her celebration, it's her birthday as well.  It's the opportune time to do it, yes I believe it's her time! 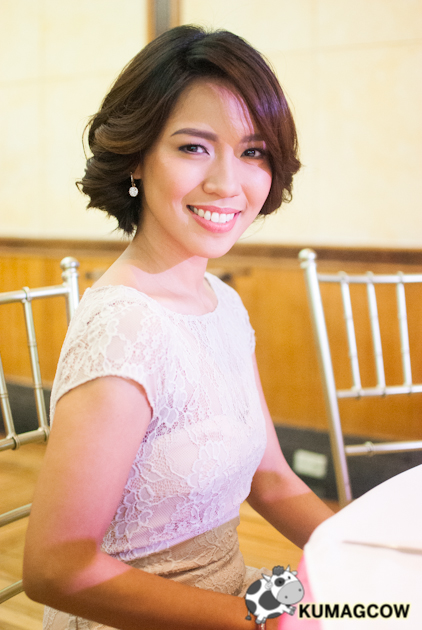 Aicelle says "After the second run of Rak of Aegis, I thought of having a concert and do it in February so it coincides with my birthday. I suggested it to GMA Artist Center and they agreed, Stages came (production of Carlo Orosa) and it was conceptualized then. The guests, we started calling them one by one and they all agreed to take part in this. I am so happy because I will be with my Nanay Regine Velasquez Alcasid, with my Ate Kyla with my friend Gian Magdangal and with my idol and icon Ms. Celeste Legazpi. It's definitely is a concert where I'll be singing songs that would be really close to me, some even more musical in nature, but all the production numbers will have a bit of dancing. 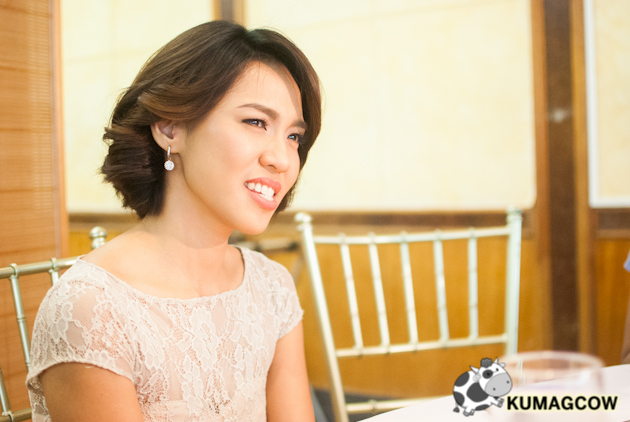 It's a Wednesday and People Power day so I hope everyone would come. The songs really, would be a surprise. The guests. all really play an important part of my life. It's my personal favorites, everything was penned by me, the list of songs will be a story. It's the story of Aicelle, my journey, we'll go there. I consider the two musicals as my biggest break, I've known my self as a singer but with musical theater, it's a new thing, it's a wonderful thing to come back to. Rak of Aegis was a blessing because I won an award for it. I see friends per group, but usually on my birthday I just spend it with my family. 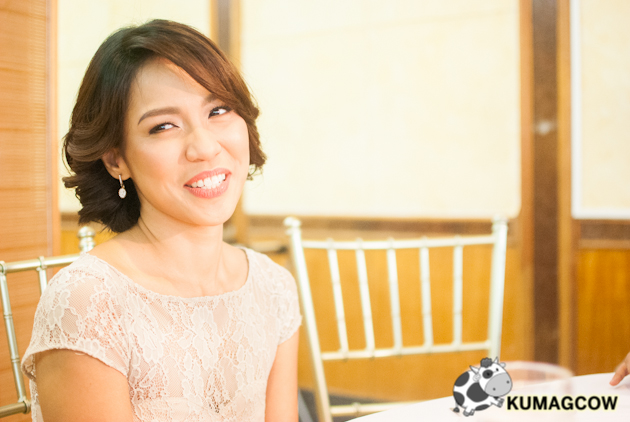 I actually was a little kilig when I saw that Mr. Gary Valenciano told such wonderful things, when he saw me perform too together with Ms. Cherie Gil and other great actors, you would want to do more, it gets you fired up and get you inspired. You want to explore a lot of roles now, with the recent discovery of this path, this process, I want to do other things. You don't stop learning, I though I only was here on earth to sing, when I got to GGSS I even did Jaya. It's at that point where I want to try new things, I want to swim, climb mountains, things like that. TV, I've done small roles in soap operas, well in times that I didn't do any soaps I was busy with recordings and Rak of Aegis.

She gave us a short sample of what to expect during her concert, it's a surprise she says but we can always give her a nudge to let us know how it'll look like live! 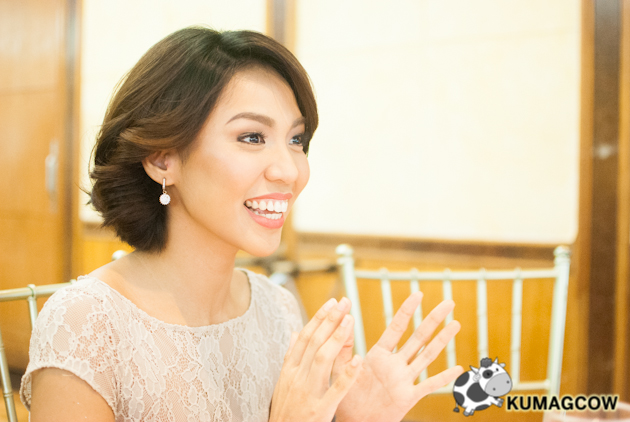 Kapangyarihan ng Pagibig (Power of Love) is by Junjee Marcelo is so nice, it's got really good melody. It's out on itunes and other streaming sites, in a few months I hope it's going to be an EP, perhaps to be distributed by Ivory Records. I'm very hands on with this because this is self produced. It's a different sound and it's totally different with the La Diva vibe. I grew up with this vibe, with this sound. The EP will kinda sound like this and I hope people would go and download it off these sites. Valentines day I was with my family, about love, for now I'm very single but not really ready to mingle. I'm not dating. The track by the way is the power of love from the creator, from the one you love. It's a way of giving thanks, there are so many miracles in my family that I want to share that. I turned Christian two years ago and that made me realize a lot to be thankful for. I'm excited to hear what people would think. I don't think La Diva would be out for good, we're still friends. This doesn't mean we're not going to perform as a group soon, but we're all good, we're just taking time apart doing solo stuff which I think can be helpful to our careers. 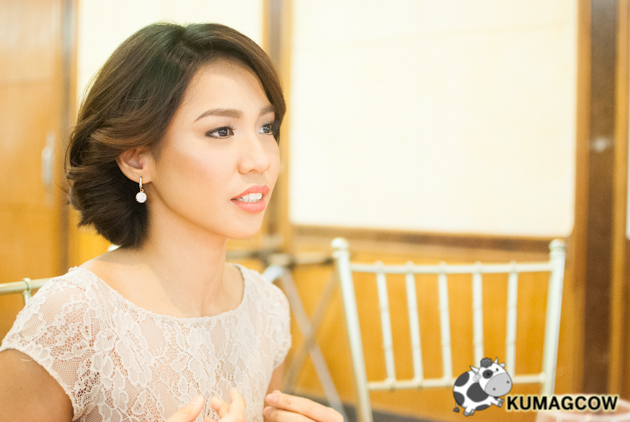 For a newbie to be nominated was an overwhelming thing, usually you get to only receive things in singing but getting that was not in the plans. I pray for things to happen but I don't know in particular what will happen and when it does, it just startles me. I'm very thankful. This sound that you'll hear from my concert is something very close to me, I chose these tracks all by myself and I'm thankful for the composers for working for me. The song Liwanag is my own work, I wrote and put in music so you'll hear a piece of me when the album comes out too. I got frustrated going out in events singing foreign songs and a single OPM track so I made my own song. Funny, it wasn't a prayer but the feeling was, I had like divine intervention. I finished it the next day so it was quick, it only took me about more or less 20 minutes. I have others, but it was all about young love. For now I'm happy with how my career is going and I would love to perform with La Diva again, I think we just had to, I feel it was just time to make our own tracks. We all have our own taste, I just pray they like my singles. I hope someone notice how nice it is because this is what I do, this is how my sound is like now. I'd like to have a duet with Mr. Gary V, it would be a dream to have one with him. Also, Ms. Lani and Sir Martin. With singing, I'm really thankful for it and I hope I could do more theater stuff. I would audition for any role that would have a big voice. I couldn't handle anything too sweet, but I would do it too as a challenge. If given a chance, why not."

Then when I posted her wish on Instagram (because Ms. Angeli Pangilinan follows me there and on Twitter!), this happened! 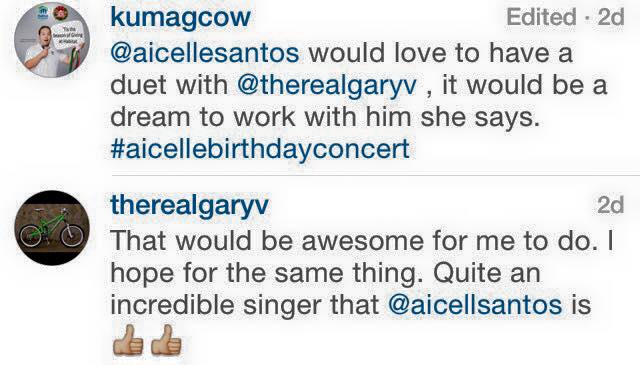 I guess dreams do come true! :)