I grew up in this neighborhood. It's pretty important to me to still have the memories of my childhood in tact, not just because of the fact that I'm still living here - but more because I want generations to still be able to get why artisan bakeshops like these exist. Kamuning Bakery is legendary. I say that with gusto because I grew up knowing how they started. My grandma used to tell me there were only a few houses in this place when we started living here. This town is the first project of Quezon City and when there were only a few residents that we know, and can count with our hands that got residential houses built in this hilly part of the community. That goes the same with commercial establishments. Kamuning Bakery was put up in 1939. You and I must not have been even thought about yet, neither your folks might have been born too. They make pretty bad ass bread and pastries and I grew up having the exact thing they were making since their bakery started. The long lines, the hot crusty bread, the sweet treats I get from this bakery when I was a kid, I was there whenever we had to walk from the Sacred Heart Church to our home. 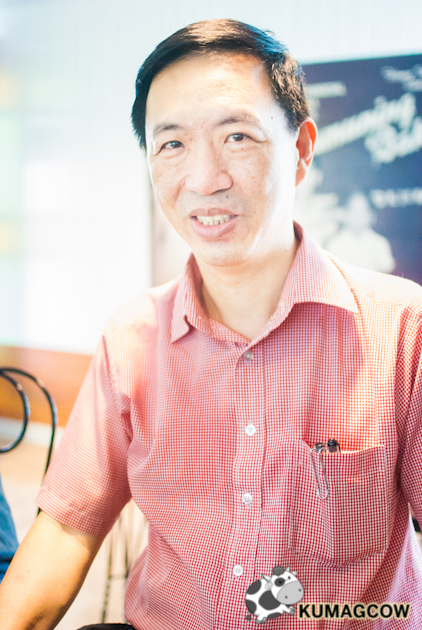 When we made an unplanned food crawl in Quezon City a few days ago, I remembered Mr. Wilson Lee Flores inviting me to Kamuning Bakery a few months back. I texted him and he agreed to accommodate us that same day, because he'd like us to experience Kamuning Bakery now as he's done some improvements to it. I remember the owners used to personally make and sell their products in the bakery still a few years back. It got a little dilapidated and only a few people went there because they opted for cheaper ones in other bakeries. Now that Mr. Wilson Lee Flores and the new management is at the helm, I think they are making head way in making things a little bit better. They're still trying to recreate 300 plus breads and pastries like they used to, and they're still selling some of it and adding on new ones in the bakery. Other than that, Kamuning Bakery is having a facelift. 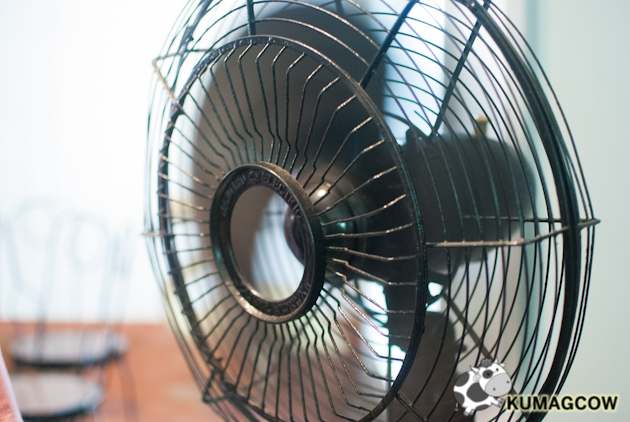 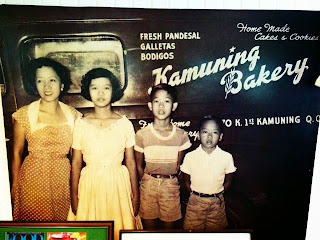 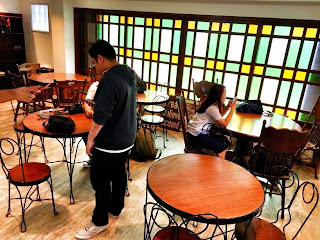 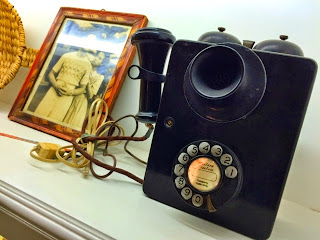 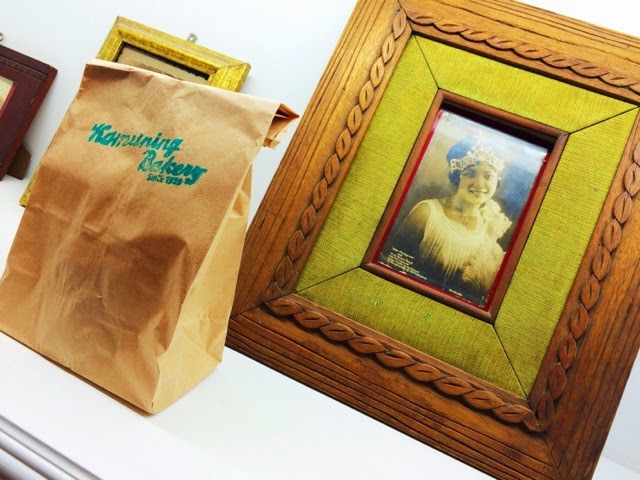 They're putting up a full blown cafe in the property and calling it Kamuning Bakery Cafe. Their plan is to keep the old world charm of the place together with the memorabilia found in the same bakery. Countless famous people, celebrities, politicians and historical figures have been to Kamuning Bakery and that's exactly what they want you to know when they open this up come late February or early March. The Kamuning Bakery Cafe will also be serving the best of what Kamuning Bakery has plus all day breakfast meals, Pasta, native coffee choices too which we had the pleasure of tasting during our small visit. 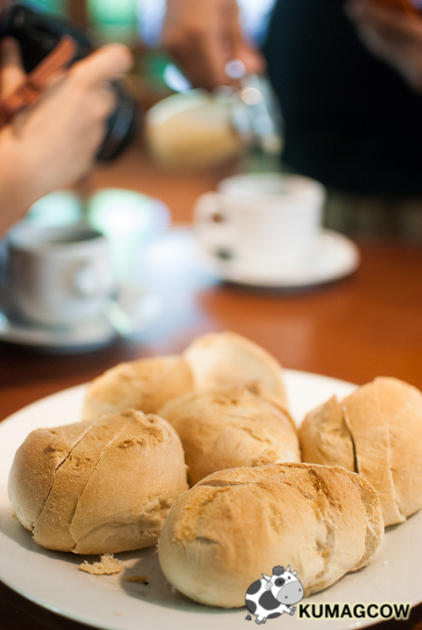 Pan De Suelo is  Kamuning Bakery's pride and glory. Suelo basically means floor because when they started baking this, they used to do it on the floor of the oven. Only in the quality control over the colonial American period did they make this on trays and more sanitary. Everybody loved it back then - and they're making it the way they used to still. The crunchy exterior, the full, non airy bread interior makes this the best thing to have with coffee. It won't crumble on the cup and it'll be doubly great if you had dips like Pork and Beans or Condensed Milk beside it for a more rustic way of eating it. I guess this is what you can say as (somehow) a mix of east and west but if your kids haven't been able to do it, I guess the right time to make it is now. No wonder this thing is adjudged as one of the best in the Philippines by various polls, magazines, articles and media.


When they open up the Kamuning Bakery Cafe in a few days, they would like to invite you to try out the Philippines best coffee. They're bringing in some of the regional beans, blends and have you experience it with their house Pan De Suelo. Other than that, they're going to have all day breakfast, original flavored pastas and pugon baked chicken I heard. There's more to see in Kamuning Quezon City, we're not just a City of Stars, warm smiles and great people, we've got some of the world's best bread too!

Kamuning Bakery and Kamuning Bakery Cafe is at the corner of Judge Jimenez and K-1st Street in Quezon City. Come over for breakfast, lunch, snack or even things in between. It's indeed old fashioned, but way good taste!