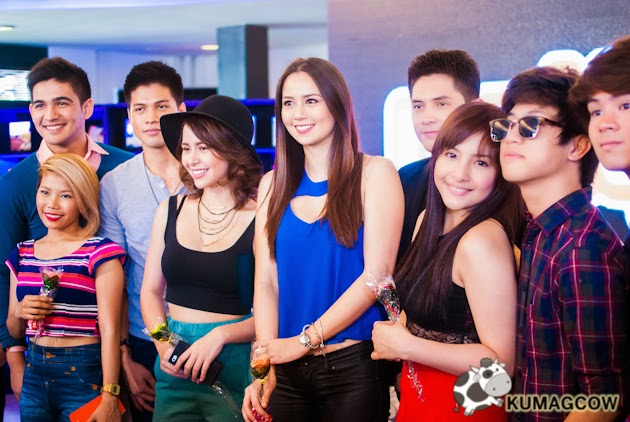 This February, get ready to fall in love in different ways as one of TV5's top rating primetime shows gets a ton of new stars, and new stories as Wattpad Presents more novels to be seen on TV this month. You've probably watched the successful pairings of Mark Neumann and Shaira Mae, or Jasmine Curtis and the hunks on the same show. This time they're making it extra sweeter with Suklay Diva Katrina Velarde and Pythos Ramirez (of GMA Artist Center) in a series named "Bitter Ella" (Bitterella), a new pairing with Vin Abrenica and Yassi Pressman in "My Fiance Since Birth", Ahron Villena and Sophie Albert in "Cupid's Fools", and Marvelous Alejo, Ranz Kyle and his group Chicser in "Ex Ko ang Idol N'yo". 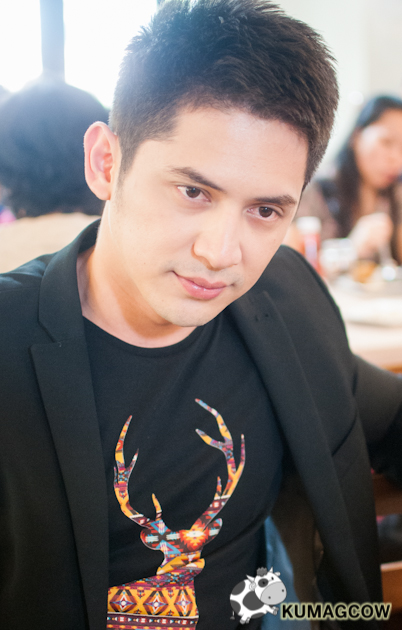 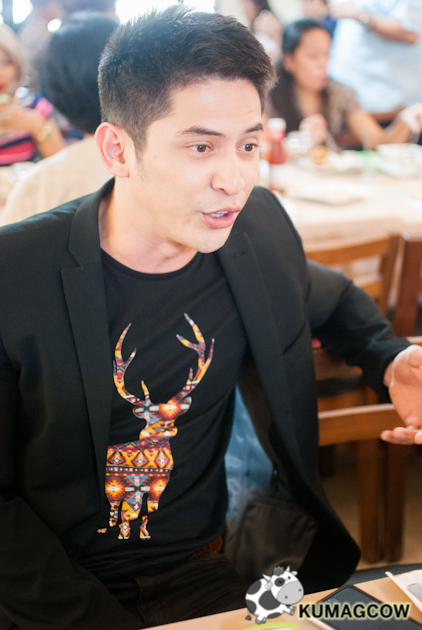 Ahron Villena was being interviewed when I sat down with other bloggers during the press con. I know you kinda miss him in shows from the other channel but he's actually freelance now so he can work elsewhere. "I've reached my peak I guess and I'm thankful. I'm okay but there are opportunities that are coming. I've done quite a number of shows on TV5, initially with Rc Munoz. If ever I'm going to be here permanently I wouldn't mind. I'm still doing a series in ABSCBN in Passion de Amor but its good that I didn't have conflicts. I'm very busy, my 2014 was busy last year with Legal Wife, then other shows, then the ones on TV5. Until now I'm not really used to this, when I tried it, I auditioned and won in a contest. I went back to Batangas thinking that was it. Then offers came, I'm happy with anything. Maybe aside from acting, I want to have a business. I told myself to put in money to invest, but when I got into a taxi business and it got carnapped. I'll try to put up more funds for that, to eventually have my own business so I have something to fall back on. If I want to get married, I can still do that later on. I'm single, not really looking but if there's someone that comes along, I want it to be the last one... the permanent one.

I've also worked with Ritz Azul and want to work with her. Perhaps we can do that in Season 3. I'm not really doing anything but the blessings just come in. I'm not really used to lead roles, I always do support roles and I get surprised at what comes to me. I'm with Arnold Vegafria and my contract expires a few months from now. I want to put up a restaurant, but I'm still taking it slow because I have a lot of projects. Soon, if I decide to pursue that, 2015 will be better for me and I'll have more opportunities soon." says Ahron. 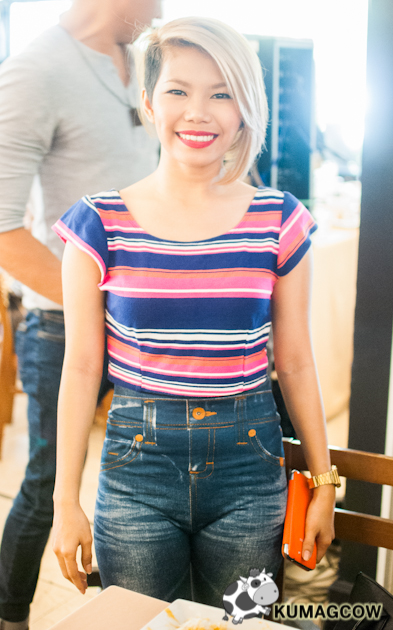 I saw Katrina Velarde but I was too shy to interview her. She's my favorite among the Biriteras who did a show last year. I even saw them perform live which made me like her even more. She's starring in a Wattpad Series with Kapuso hunk Pythos Ramirez. 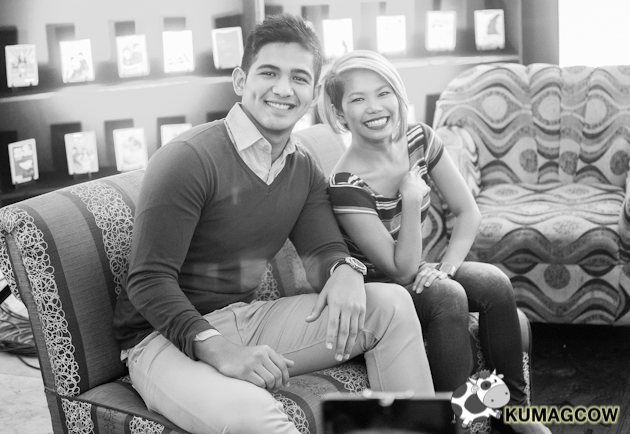 As a matter of fact, among the pairs and groups that were there that afternoon, the press seem to have loved this pairing the most. Everyone was excited to see how this sculptured Greek looking guy fall in love with a quirky and funny gal like Katrina. Somewhere in that scuffle I even saw Katrina made "kilig" with some of the questions she had to answer about the show. Anyway, I know Phytos is a good guy because I've seen and interviewed him in past GMA events, and he's happy that GMA Artist Center is supportive of it. They even upload teasers for that and he finds Katrina much like a very close friend when they did the pictorials. Katrina couldn't answer directly if she would fall in love with someone like Phytos but if ever, I think they'd make a good couple no? Hehe.


Phytos also believes in effort, small things to make a girl feel special. I bet if they had to do it in real life he'd be acing it. 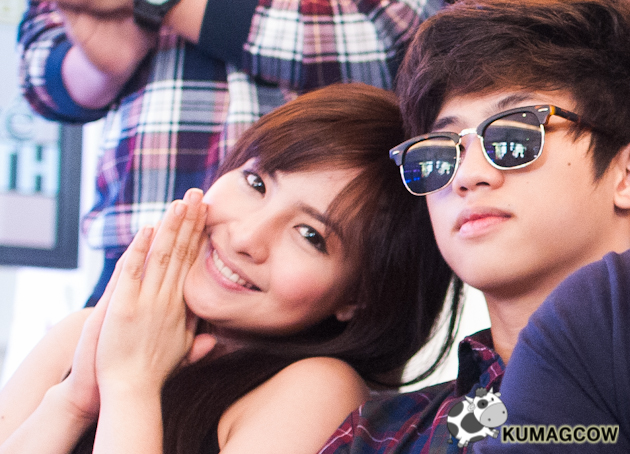 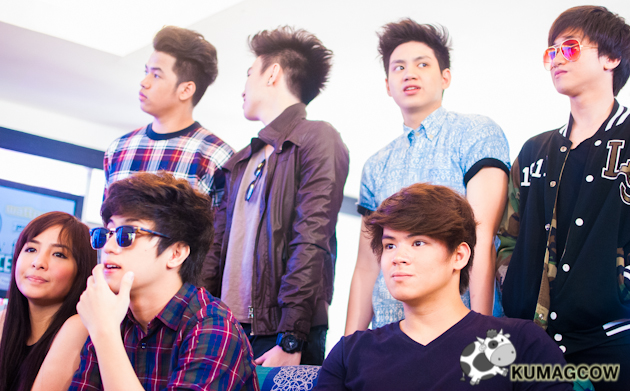 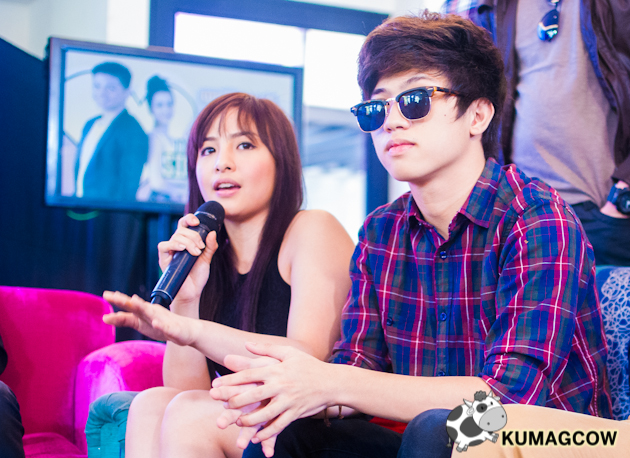 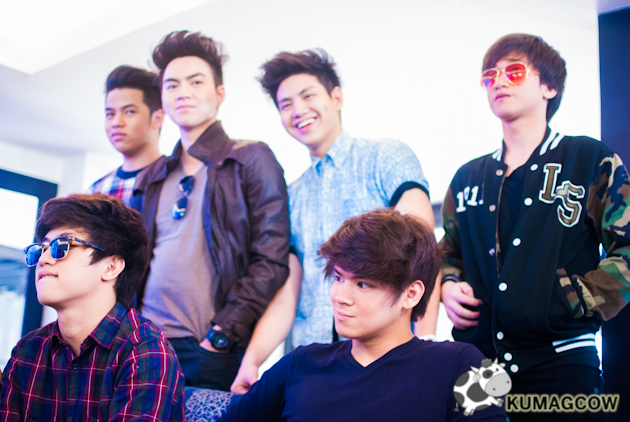 It's the first time that Chicser is actually on a series, so it's understandable that they're a little nervous. When they got the project together with Marvelous, the first time they met, they were like old friends. They (Chicser I mean) didn't leave anyone hanging because they believe that even if one of them get lead roles, it's already a success for the group. They treat themselves as brothers and if there's anything they want to do, they want another project with still, the whole Chicser together. 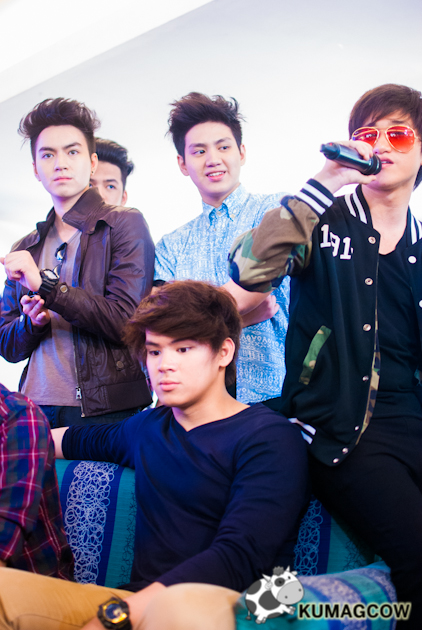 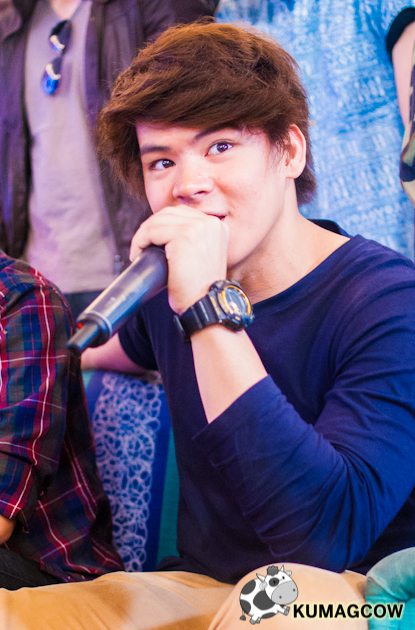 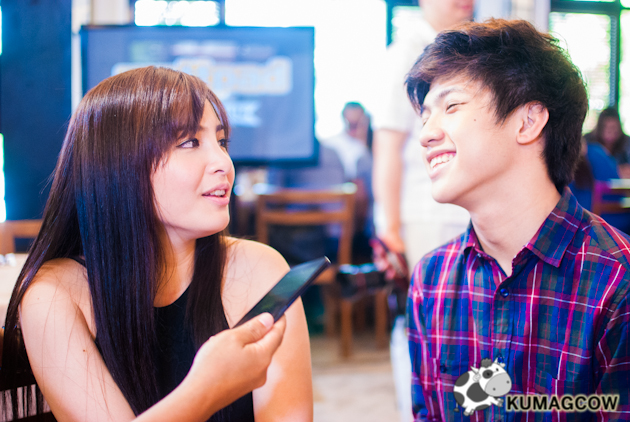 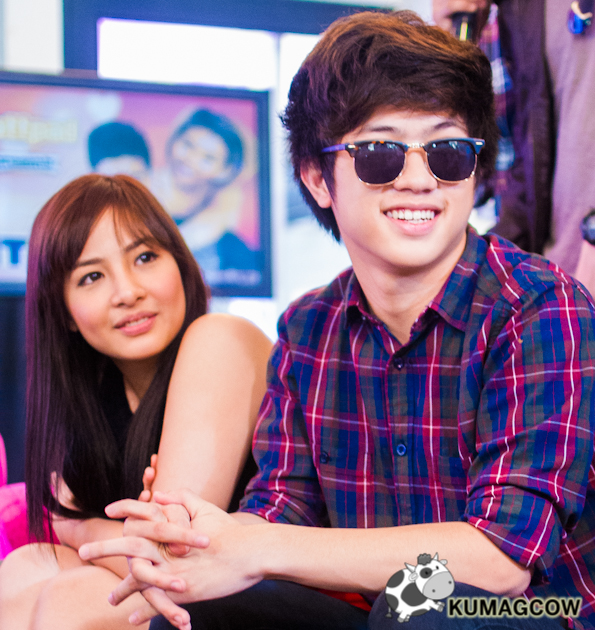 Marvelous has been doing villain roles and having her as the love interest made her a little excited. They did a workshop already and they're still learning the characters, they seriously did read the books before taking the leap and have these projects. The help they got from facilitators and the director and they said it was a big help in making sure they bring justice to what they're doing in the series. Oh and did I say I love Marvelous? Hehe I do! 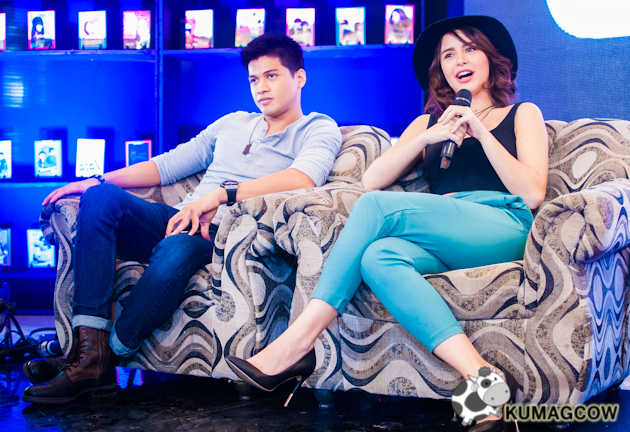 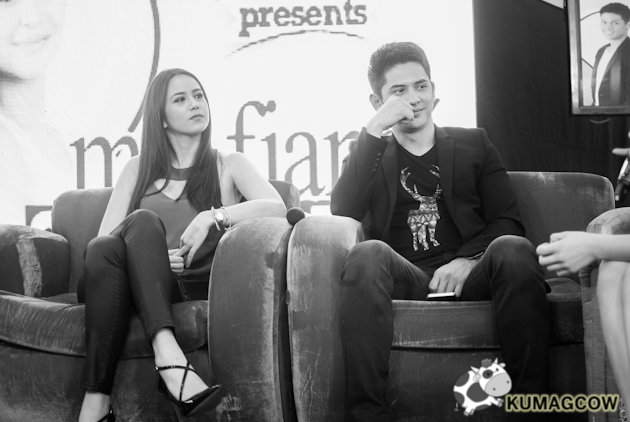 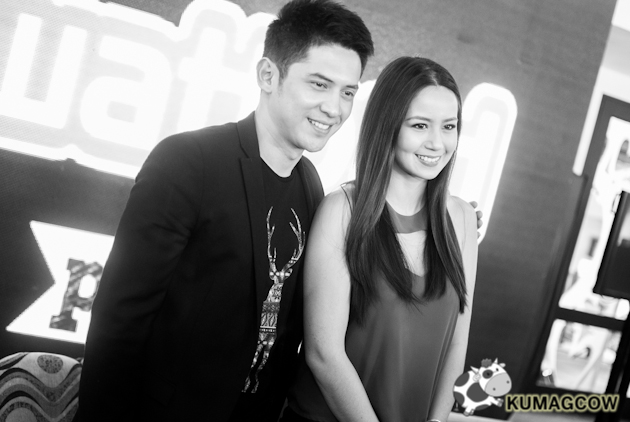 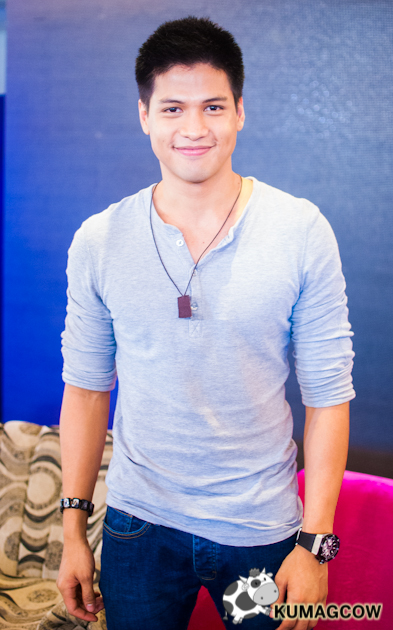 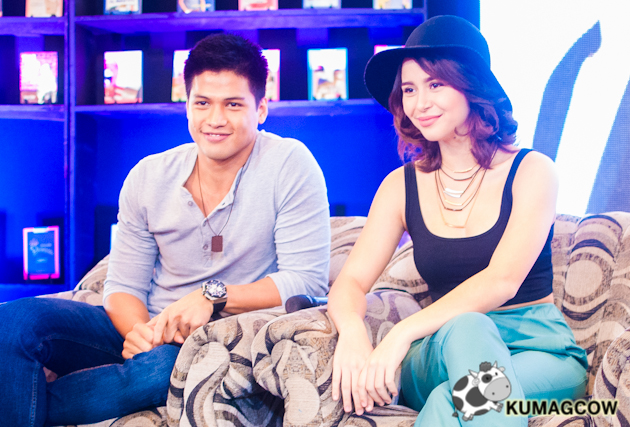 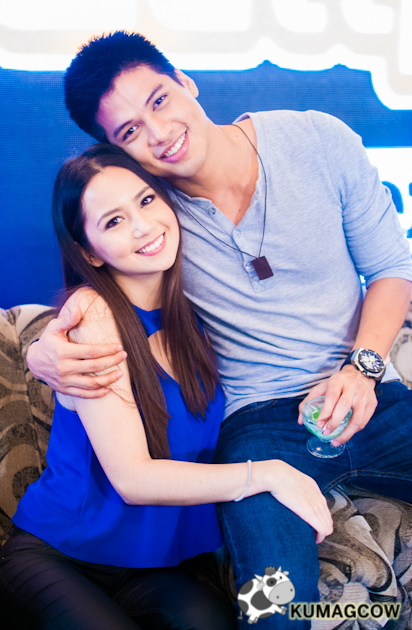 Okay, I know some SoVin fans may be weirded out about Sophie Albert and Vin Abrenica not being together in their respective projects. Although they do have a stern following, TV5's producers is trying out these pairs so there's new flavor, new things happening in every Wattpad show. They don't look any less sweeter though because once that the press conference ended, we still saw the two Artista Academy alumni having tons of fun with each other. They're still the same sweet couple we always dreamed them to be after all these years. Vin assures that it's all just work that they're doing and there's nothing to worry about.

Vin will be paired with Yassi Pressman and they didn't have to ask permission from each other because whether or not they had to do kissing scenes, they both know at the end of the day that they'll be together. Now that was really nice no?

Anyway, make sure that you guys watch their own respective Wattpad Series on TV5 everyday at 9PM.