Then this guy came in. Ladies, hold on to your panties for Ken Alfonso. 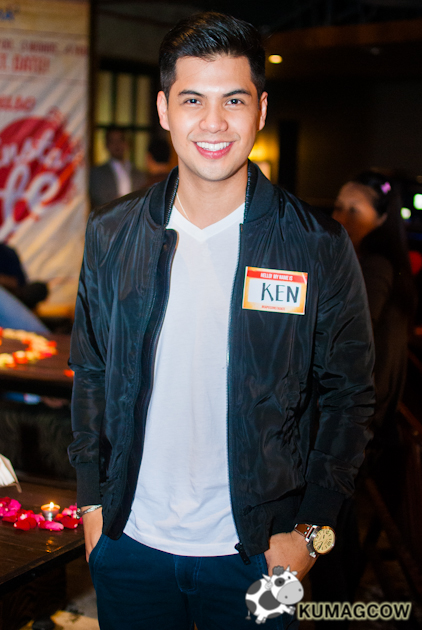 He's the new guy in town. He's not just "a pretty boy", but he's a d@mn good singer. Ken Alfonso has been in the industry for just a few years. He's a product of famed beauty queen maker Mercator Artist and Model Management and now co managed by GMA Artist Center. He told me that he used to work for a pharmaceutical company, I uttered Med Rep? He said "Yes" and we laughed because I got that vibe from him. I have a lot of friends who are in the same field, I think they have pretty good looking guys there and I'm not surprised he got discovered. Anyway, I felt at ease talking to Ken. 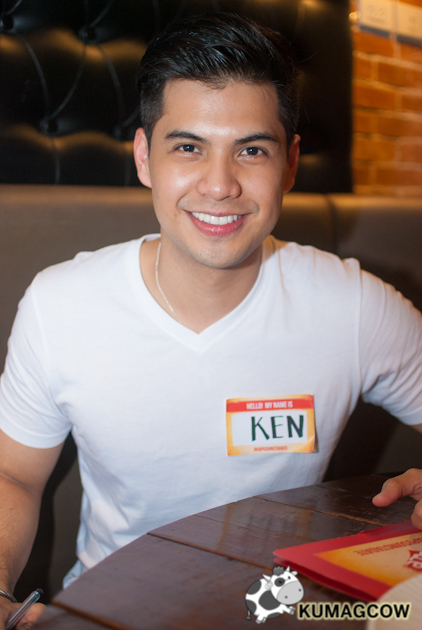 "I started with tons of commercials with Mercator and luckily last year I was offered this last August so I had to quit my old job. I'm a part of the afternoon series "Kailan Ba Tama Ang Mali" (i.e. How can something so wrong be so right?) and it's my second show after Dading (which I now remember he played the man who used to push Bejamin Alves to do a lot of things!) where I played Martin. This time in KBTAM it's going to be different because it's actually not close to my personality. I'm going to be the one to always push Dion Ignacio to do not so good/evil things. So in essence, almost all the conflicts will actually start from me (then he laughs it out). I'm like the fire starter.

In KBTAM, I want the people to take away that if once in your life, you should try and do something that would ultimately make you happy. Even though we're going to get other people in trouble, or situations, at the end of the day you should do something for yourself and make that decision. Right now, I haven't had the chance to do that. I'm not committed to anyone, I'm very single. I'm glad there are brands who trust me to model for them like Uniqlo, and they sponsored my travel show. I hope my hosting and travel thing goes a long way because I see myself headed there."


Ken Alfonso is pretty new at this but he's making headway with cover songs, new shows and more appearances in events elsewhere. He's doing a good job, but I bet he can do even more. I hope GMA keeps him very busy. He's got the body of a demigod and perhaps, someday he'd be able to use that to his advantage when the right show comes. I hope I get to see him too in the next few months for news of new shows, that'll be a good thing.

Then we went to the sweethearts! Here's Janine Gutierrez first! 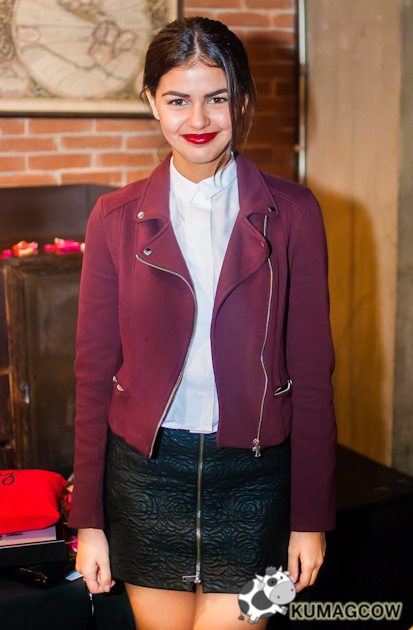 The first time I got in touch with Janine Gutierrez virtually was during the Bench Universe fashion show a couple years back. Like then, I felt she was very kind, very humble and soft spoken. Even on this evening where we were going to talk to these stars, she didn't know I was the one who sent her some runway shots back then, but I told her about it now LOL. Anyway, we've met a couple of times already because of their hit shows and this recent one called More Than Words whom she still is with the love of her life Elmo Magalona. Although very tired, they still had the gusto to attend this Kapuso Datenight with us so I kinda felt so bad they didn't get enough sleep because they ended pretty late the night before (read: Wawa hay!). 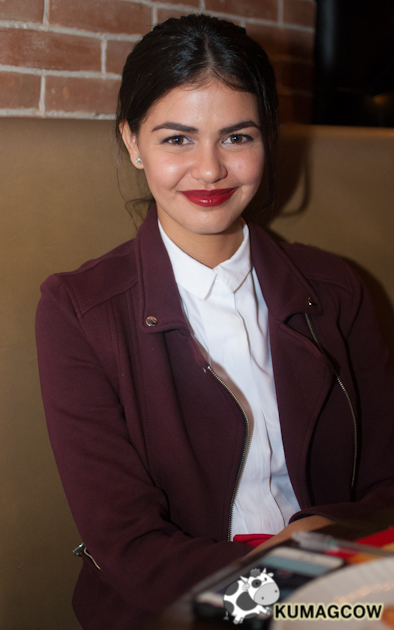 When I asked about the last taping of More Than Words, Janine says "Actually we have another taping day on Friday because we still have a lot of scenes, they added more I think so there, we had to do more. I'm super sepanx in general. I learned so much from the show, everything was so unexpected. I thought we were going to be on preprime but it turns out we were at the primetime slot. Aside from that, the look of Ikaw wasn't really planned to be like that. We just taped one day and I looked very ordinary, but they said we had to re-shoot, and do it again. They changed my look, they changed everything. This show was like random things that just came together in a way. I believe that everything happens for a reason and it's just so fun to note that it all worked out quite beautifully in the end.

We also super appreciate the efforts of our fans. They really let us know that they like the show, and really that's where we wanted to be... to know that our effort get appreciated by other people who watch it, where they also take away something good from it."

When asked about what she learned from the character of Ikay, she said "You should be confident, you should stand for your principles. Ikay is a very strong person, whilst I'm shy and non confrontational. So now, I kinda realize that it's okay to fight for things as long as you're not stepping on someone else's toes, and as long as you're not hurting anyone in the process." and I totally agree with her!


Then here's the guy she (and everyone else) adores! Elmo Magalona! 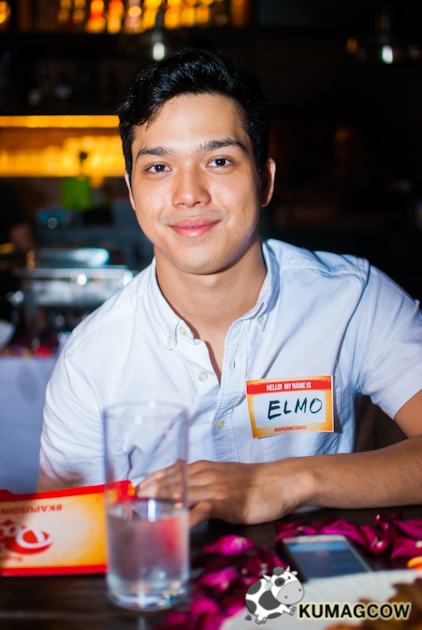 If there's a word I can genuinely describe Elmo, it's super mabait! (good mannered). The English translation wouldn't even suffice. I know I've only seen Elmo only a few times but when we talk, I get the vibe that he's very sincere in everything he says, the way he looks at you actually speaks, and you could continue talking and get lost because it's like he's looking at your soul. I might be getting ahead of myself here but that's what I felt at this time. Poor Elmo didn't get enough sleep after his taping (4 hours or less) and he was apologizing if he looks a little bit tired (because he was) but he knows they're almost at the end of the show in a couple of days, and that was the sad reality too. 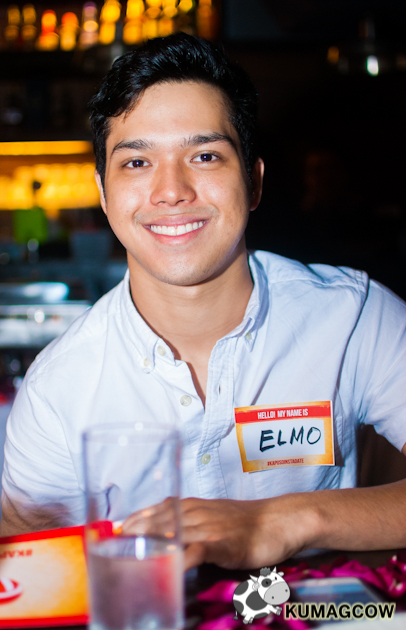 When asked how he was "I'm good, I'm good, kinda tired because we came from taping and finished late, so my day is just starting. I got to sleep maybe...5 hours, so it's like my day is starting pa lang."

I asked "How do you think has the whole show impacted everybody?", he said "Of course it's big because this is in prime time. The pressure was also big because it was our first time here. We learned a lot though because there are tons of veteran actors also in the show. We just took our time to learn a lot from them. My character is kinda bipolar, he's kinda sensitive but he never thinks about the other persons feelings too. He met his ex accidentally but he didn't really know what happened in the first place. Later he learned, it was the heart condition. Then she went off again without explaining things so that's one of my characters frustrations. It feels like he's oversensitive, but he's also warm hearted when it comes to the person he loves. Story wise, I learned that if you get this kind of amnesia, even if you don't remember who they are or what they do, when you see them, when you look into their eyes, they're kinda familiar to you. It's possible to say that even if the mind forgets, the heart will never do." insert "nganga" action here LOL!

I couldn't even fathom how deep these guys are. For what it's worth, I like Elmo for who he is and how he's still so kind - and got his feet on the ground after all these years. He's still the same boy you knew for years now, with some improvements of course. I bet he's not just being admired by his fans for his looks, I think it's more of because he's the kind guy who connects with you, and you can't teach that in any school.

Thank you so much to Relik Tapas Bar in the Fort for having us. Thank you also to GMA Social Media team for making a very fun event so we can tell how human these stars are to ordinary people like us. I almost felt like spending a few hours with them was fun, I wonder how their own loved ones must have enjoyed being with them their whole life. I hope I was able to tell this story with justice, just like the rest of my entries. I also hope readers get to at least enjoy the tell all, straight from the artists' mouth! :)

http://gmanetwork.com/artistcenter
Posted by John Bueno at 2:13 AM