Street Dance Takes The Stage on Move It by TV5 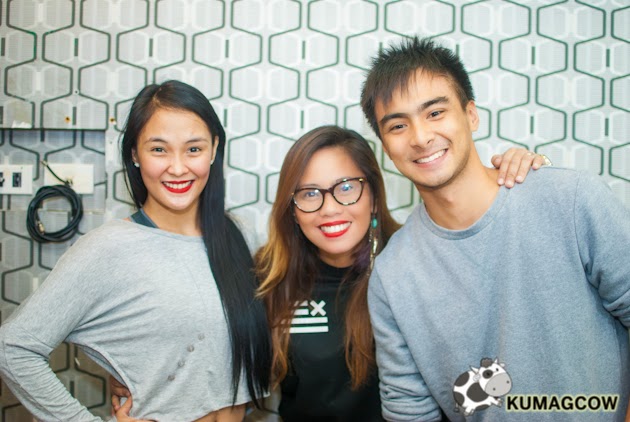 Stressed... unbelievable.. you know what I just watched? It's MOVE IT, the new dance program from TV5. First of all, the judges were so strict... their standards, were way up there and they kept on looking for things that were not present in the single performers and the dance groups that did their thing on the dance floor earlier. Talent wise, I don't see anything lacking with their performances but I guess that comes with the territory. The celebrity part of this show also entailed a couple of people from the limelight, to do dances like the others. We got to interview a couple of them during a short visit to TV5 studios in Novaliches a couple of days back. 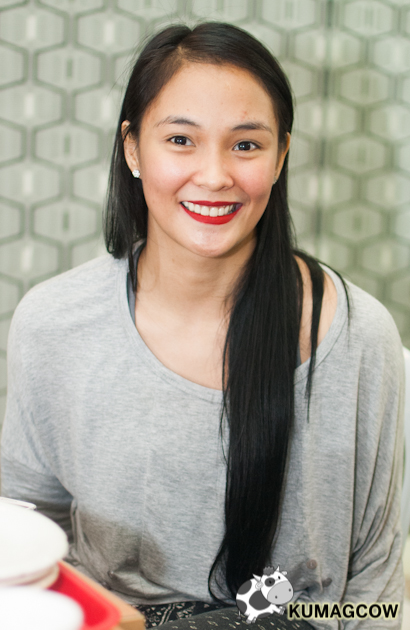 As you may know, Move It is all about street dancing. There's actually a lot of genres included in this art form, and they had to do it with less rehearsals, and very hard routines as accorded by world class choreographers. Oh by the way, do you remember the lady in the photo above? Seen her before? Yes, she's Lovely Abella. You've probably seen her in Wowowee doing eggrolls and skits with the host. She's always in a very funny scene so you might not see her that much as a serious dancer, and this is exactly what she wants to change.

Lovely says "Every week there are going to be eliminations but if they skip one (when they like the performances), they'll take two on the next week. Sometimes they're going to have no eliminations, all of which depend on the judges. There will be 10 sets of solo performers and 10 groups of dancers. We're all friends and we're the first batch, we're competitors but we're trying to help each other. I've been known to only do sexy numbers and I had to work my butt off so I can do dances like hiphop and other dances I'm not familiar with. They gave us different music, genre, so I did something like a sexy hiphop number. This week, I'm doing Ciara's 1-2 Step which is kinda in my alley. We're also in this program with Annika, Chris Leonardo, Sergio Garcia. The prize here is really huge and I've seen quite a lot of our peers who are really good at what they do. With 4 Girls and 6 Boys, it's a tough battle but we're doing our best in this show. When I started dancing, I always thought about "just work" but this was a dream that just came true. When we got to the US, I had to make sure I learned the ropes because it's what dancers do. Eventually I did. When I win, I might put this into a business because I wanted to make sure of the future. When I put this in business, I learned a lot and now I'm making soaps, lotions, cosmetics, and doing online businesses. I want to put up investments because at the same time, I'm making sure my family is secured even if the dancing doesn't go well, since it's seasonal. If showbiz doesn't work for me, then I'd have something to fall back on. As for pressures, last week, I had to revise a lot of things because I thought the dance needed a lot of improvement. It's my first time to also dance a solo so that takes a lot from us. Before we did this, we talked to the judges and saw the street dance genre being strictly implemented. There will be no excuses and they want to tap the underground street dance community and give them a venue in Move It." 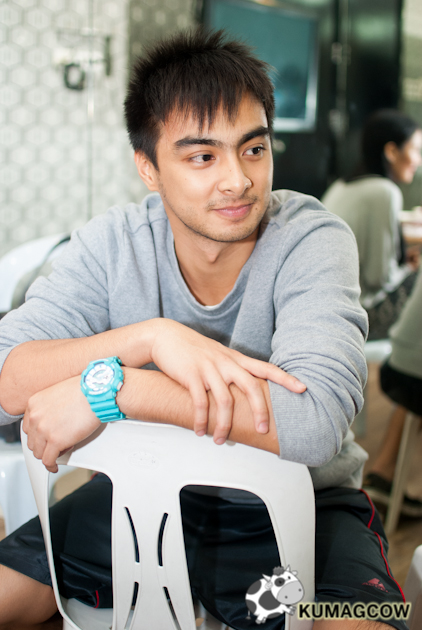 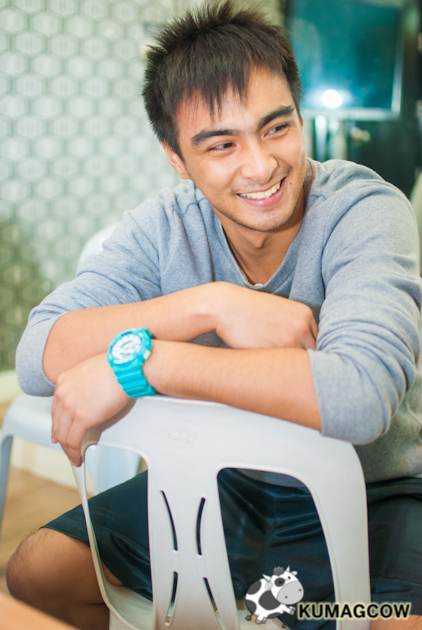 You probably think you've seen him before, you're probably wrong. He doesn't go out that much on TV unless he's greeting his Dad. He's not Joshua Zamora, he's the son. (Pause here and feel old LOL) He's Job Zamora and he's been dancing for quite a number of years already. When asked if he attributed this to his talented Dad, he says it's more of a skill and he had to really do the legwork to do it. He said "It's pressuring to be in a competition where you get to be eliminated. Dad maybe good, more in old school. These days it's a little hard hitting and different music is involved. I've had a lot of offers to enter show business but I just love dancing. There are some times when I was the weak link in groups, I went through all that. I just had to train hard and learn new things. It's really a continuing thing. If ever I win this thing, I'd put it into a business, a lot of businesses, I love diversification. (Sorry about this bit girls) I have a girlfriend (he says he's 23 years old) but like me, she's non showbiz. Everyone's a threat, so we have to work doubly hard to win this thing. We also have a social media thing in this contest, like a peoples choice thing which needs votes online. I hope people would support us all throughout the competition."

100 Groups were auditioned initially and only 10 were left for the actual show. So you know these guys are really serious about what they want to show on TV. Aside from that, they've got some of the best judges, equally world class, I can't even believe their standards when I watched the show this evening. I knew I had to write about that. Anyway, the show airs at 7PM every Sundays on TV5!