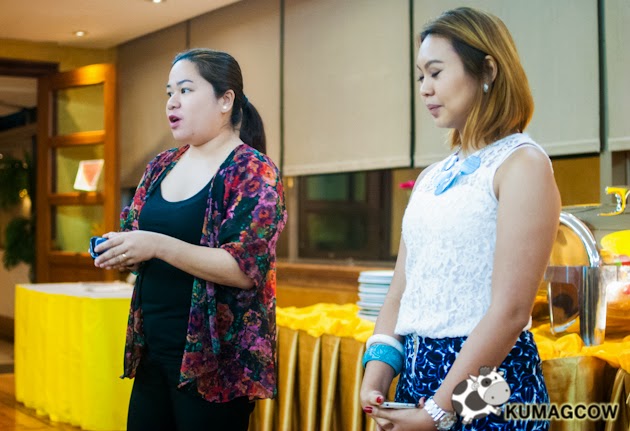 We went to GMA a few days ago through the invitation of GMA Artist Center for what seems to be a thanksgiving dinner. Seems - because instead of the usual "just eating dinner" part, we had the chance to talk to some of GMA's brightest stars. Mind you, these guys and gals are very busy but they went out of their way to talk to us even just for a few hours. 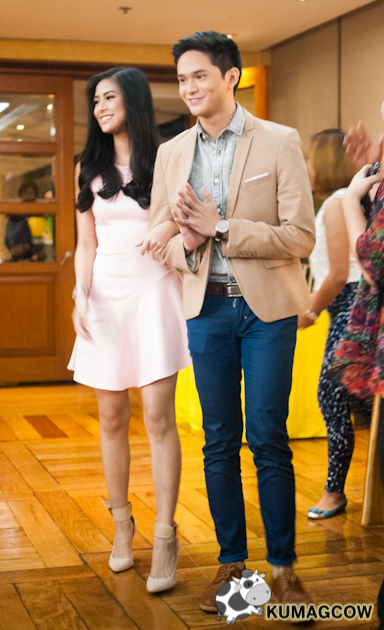 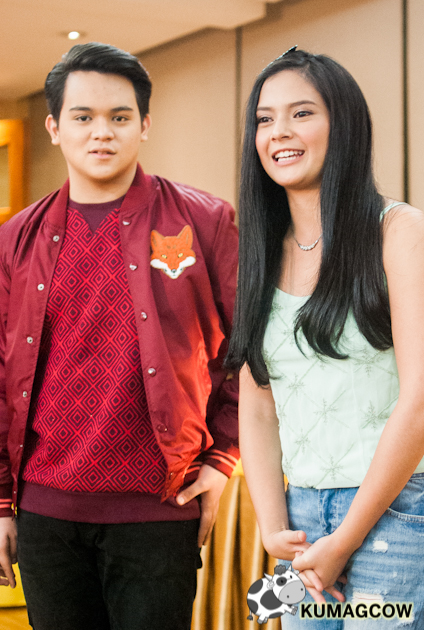 I got excited when I saw one of my favorite love teams in GMA, it's Gabbi Garcia and Ruru Madrid. Also, we had the privilege of seeing Miggy Jimenez and Bianca Umali who hails from the popular show "Once Upon a Kiss". I watched these guys on their previous shows and they have indeed improve a lot in the acting department. They're still doing this program with a multitude of veteran stars on the list. I personally watch it and the pairing of Miguel Tanfelix and Bianca Umali has taken a life on its own. They were even blessed with endorsements because aside from the  fact that they look good together, they're wearing the BUM clothes quite comfortably and they add it matches their personality. I'll give you the shots from that perhaps next month. 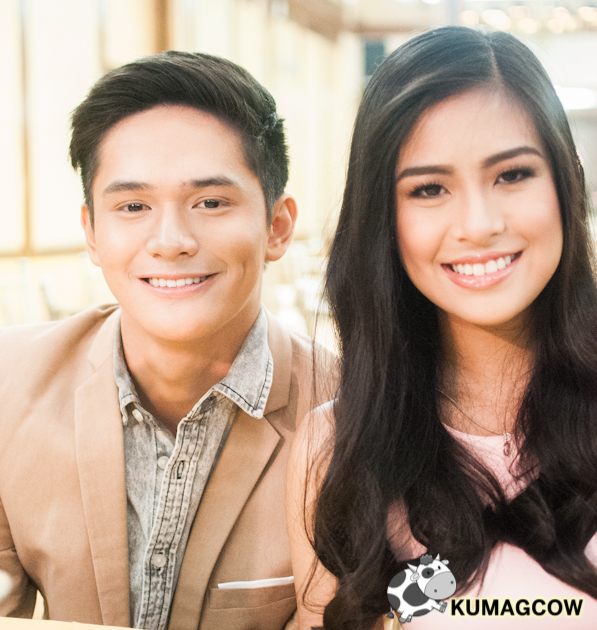 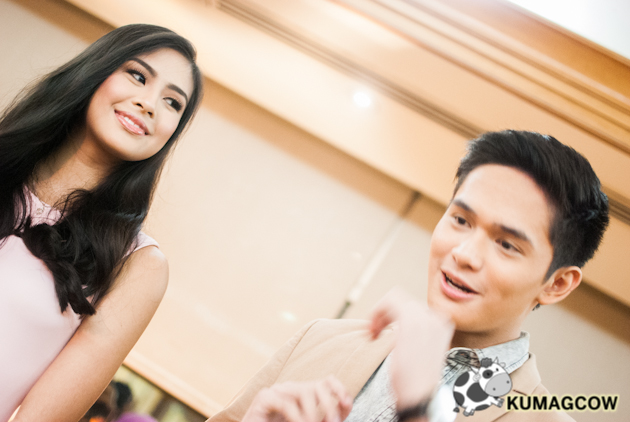 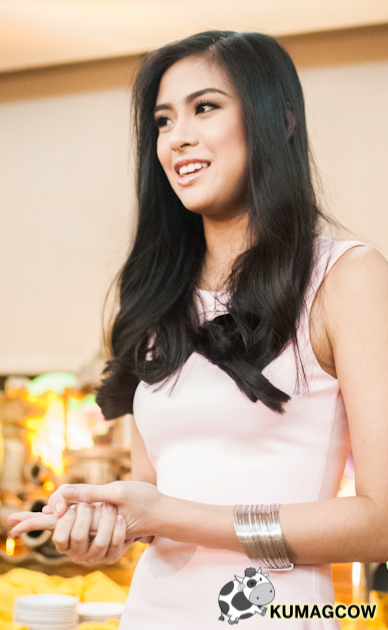 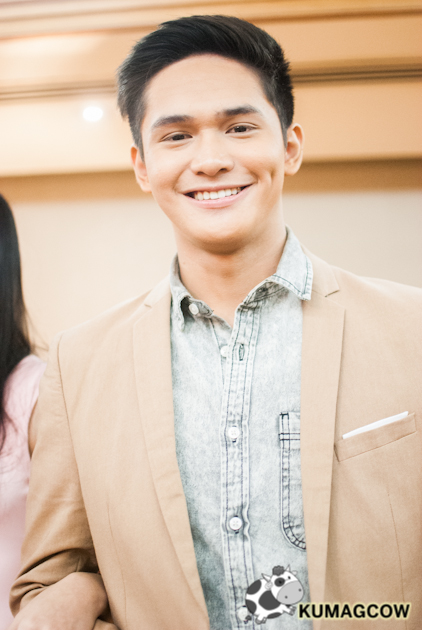 Ruru Madrid and Gabbi Garcia look so good together. I would even mistake they've been a real life couple for some time now. Their closeness is evident and we can even see their chemistry on screen, it's really effective and the clamor for another project has always been there. They just finished a short run over "Seasons of Love" and that was really successful. They know you guys want something of the same tone the next time they come out on TV and from what I heard, GMA and GMA Artist Center has tons of plans for them. They couldn't confirm yet though but I believe they'll be given a soap pretty soon. Aside from that, Ruru told us how comfortable they are already and when he works with Gabbi, he doesn't stress as much because every time they're in a scene, it's like they know when to attack the characters like they've done it for a hundred times. Even if Ruru adlibs on some occasion, Gabbi can insert her ideas in the scene without hesitation. That happens even if they didn't rehearse before a shot. 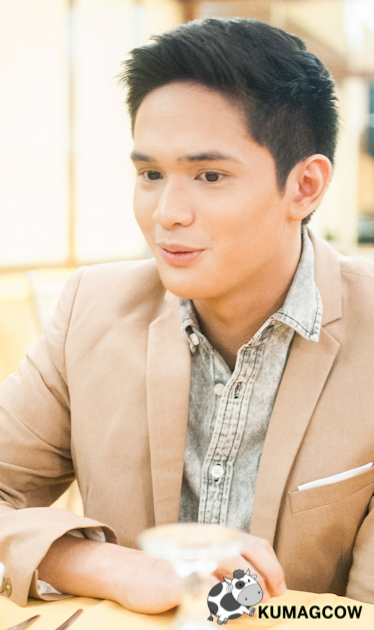 As for their love life, they made the impression that they're not really in a hurry. They're still young and they've got tons of projects in the pipeline. It's that work that they're more worried about rather than the relationship that could blossom with their pairing. They know where they stand and they have seriously talked about it. They have decided to concentrate on their careers first, and as they have noted, their families are very close already that small things like that are not to be worried about. If they arrive at an opportune time to be with each other, they'll get there and there's no need to rush things they said. I've never seen Ruru so serious answering a question like that haha! 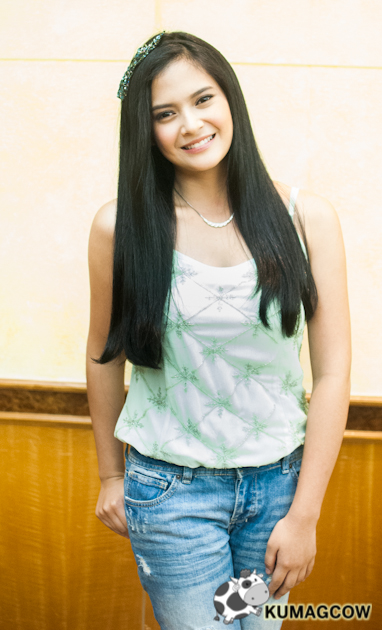 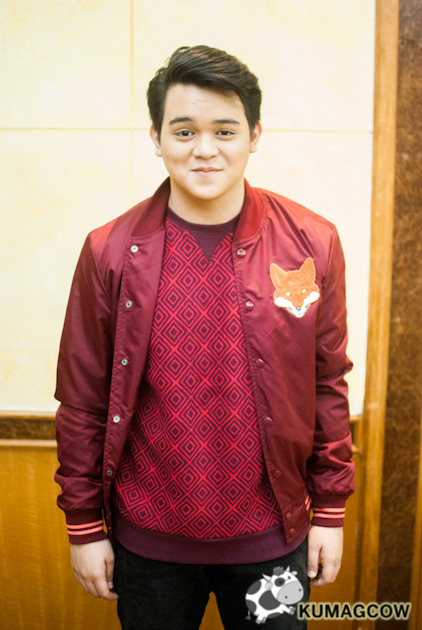 Bianca by the way goes to home school and she's almost going to finish it soon. She also passed the acceleration exams and plans to take up a course in the arts. She's not expecting to stay in show business her whole life. She's so involved in it and is sketching quite a lot already. She did show us her latest ones and it is impressive. She also dreams to do nude paintings, which she plans to do in the future. She's inspired with family, the feeling of being alone, and she says she overthinks a lot. She also says she's kind of in love with the darkness, much like Chynna Ortaleza, similar, a little she adds. They got to spend some time too during workshops and she also enjoys her company. I find her really good in photos and really good in editorials because I've seen her during BUM shoots. She worked with Miggy for a few years but Bianca was too young to remember that. He even showed Bianca their photos and they were beside each other but didn't know about it til the time they worked together. It was like 2004 so it's pretty understandable. Bianca also adds Miguel couldn't come that time because he got sick during the taping of Ismol Family. It's kinda very cold in their location and they were a little tired since they almost shoot everyday. They are in hacienda like locations because the script calls for it.

Miggy by the way celebrated his birthday earlier and said the kids they went to in the shelter (Child Haus) were so sweet because they received lots of cards and gifts from them. He said he'll be using that experience too as an actor. He says he got too emotional during the Artist Center event earlier. He dances and plans to improve on it still. He does look a little bit like Enrique Gil according to some bloggers we were with earlier. He's a bit young and wants to still improve so many things so he's taking time to do workshops which will improve his work. He said he couldn't watch the show anymore but wanted to do so, but his schedules for the shoot coincide with the time they show it. He only learns about the episodes on Twitter and they're blessed that they trend everyday since they started, and with that, he's very thankful for.


Thank you so much to GMA Artist Center and everyone who made this event possible! Thank you also to Gab, Ruru, Miggy and Bianca for being so nice during the interviews. I hope we get to visit you on the set soon, and your future projects too!