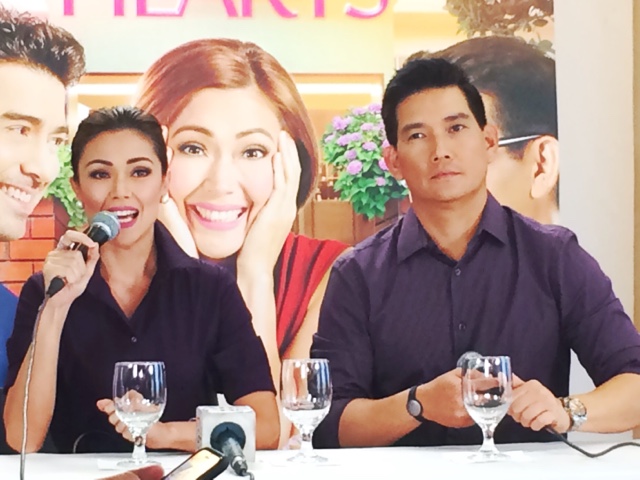 We're at The Achy Breaky Hearts intimate presscon today with Team Chinoy Jodi Sta. Maria and Richard Yap. The two have been very busy promoting their movie and I'm excited too as tje pairings are my families favorite. 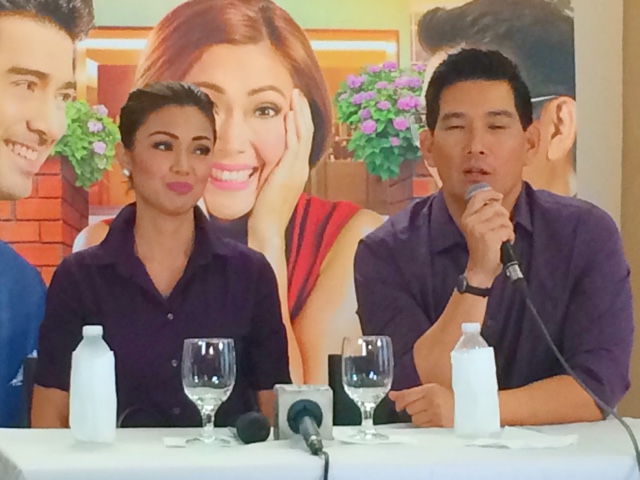 Jody mentioned "Ian and Richard are a joy to work with, but I think I'm really close to both of them. It doesn't matter of they are married, I'm okay with that because there's no alterior motive. I love working with them. Direk always asks us about our opinions, Chinggay has been single for years and she's been heartbroken so when Frank came back she was more careful, she was also taking in consideration a new love and the previous guy she was with. That's where the story will spin. Now that it's Fathers day, I will give Richard care and concern ha-ha! I haven't reallt gone through a stage where I got to be courted ny two good looking guys. There are some scenes where I got to connect with Chinggay, about relationships, about a new guy. I always give chances, no regrets on my decisions, I know it will only make me wiser and stronger as a woman. This is our profession, but unlike what people know, we study our characters and we become effective portraying roles because of that. We alsp consult each other to make the scenes realistic. We know how to react because we did our homework. I know they are married and I respect them individually, it's better for me because I can make sumbong if ever ha-ha! We share the same standby area for 2 years, so it was just normal to be close. The last thing I want to happen is for real Team Tisoys and Team Chinoys to actually be divisive, and they made the story light and you'll understand in the story how it's going to make both of the guys end in good terms. If there's someone to pair with you, we have to make them believe the character, to the love story. Chinggay is guarded, but open with the other. They really pursued her and they showed their intentions. Chinggay liked that." 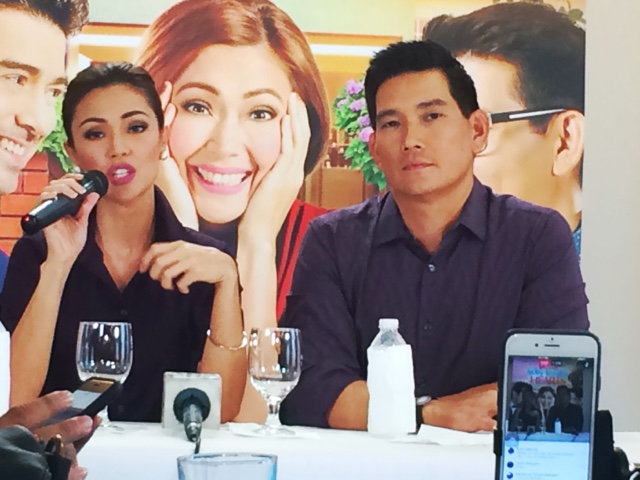 Richard Yap says "When we're working, we get into the story. We've also gone through wrongdoing, the faults in our relationship. This new one is something that should be perfect, that's what we want to do. I think Ian and I have dofferent levels of expertise and he's really good in drama but I don't want to compare and I'll leave that to the audience. I can relate to the guy, my character, because before I got married we broke up but when we got back together I knew for sure that I'll marry Mrs.Chen. It's the cooperation of everybody, we study our characters so it looks real in camera. When we started out, we didn't know each other and through time, we developed our friendship. We have common interests, mutual trust and respect came later on. We both know each other's moods, we already know when and not to disturb each other. Jodi is so attractive, but we have our limits, and we're professinals and we must keep it that way. "
The movie will premier on June 29 and is Directed by Tonette Jadaone. This is produced by Star Cinema.