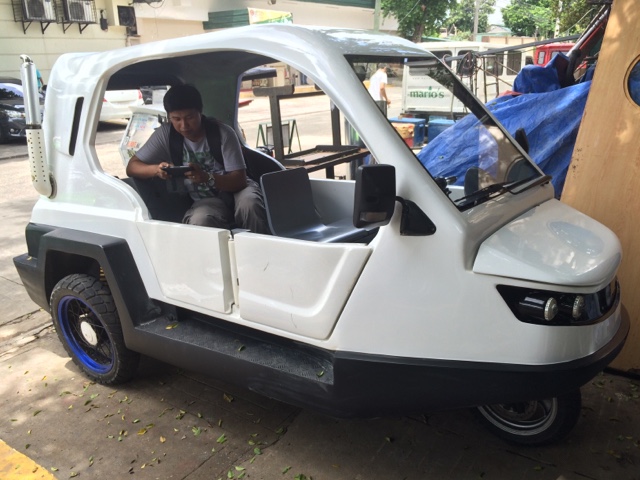 So yesterday I dropped by the small luncheon hosted by H20 Technologies, a group of entrepreneurs, businessmen and engineers geared toward making the SALAMANDER Amphitrike, the first fully Filipino made amphibian tricycle. At first I thought it was a joke - but it turned out true when I saw it with my own eyes. I had a lot of questions in mind but I think this is a GREAT start. Filipino Engineers don't really have the spotlight that much and let's not start talking about government support here because I can't even. Anyway, the good news is they've already proven it is possible and they put the proof where their mouth is and made a prototype that can already drive on land, be at the most unbelievable bodies of water without toppling off or getting flooded. Here's some snippets during the press conference. 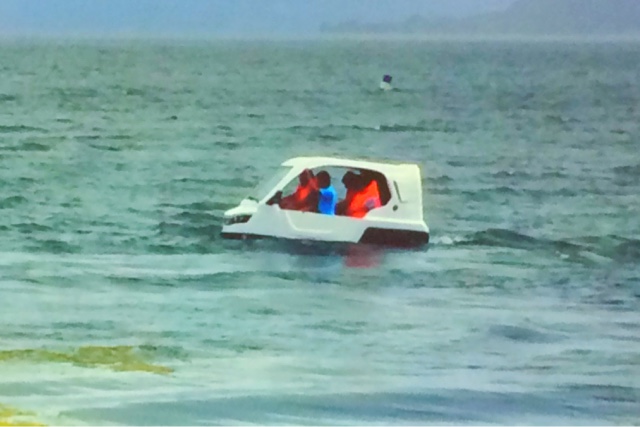 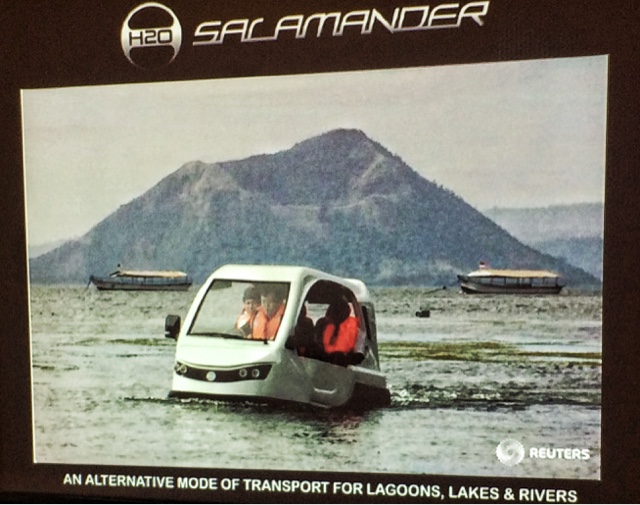 It has been featured by different websites, news agencies and almost everyone has been very positive about it. The Salamander's design has been approved by local agencies and has certified it safe by their standards. The Engineers actually are involved in boat making and they've applied advanced technologies learned from that industry into the Salamander. The goal is to make a world class manufacturing plant so they would be able to build and supply these wonderfully crafted machines locally and internationally. They are a startup and are in dire need of funding to kickstart this project.

How YOU Can Help

You can help raising funds by donating through www.startsomegood.com. Their campaign will start on June 27 up to August 26, 2016. It's a tall order to put up millions of dollars but they need to do it during those months. They will be supplying the Philippine Red Cross with these SALAMANDER Amphitrike Units for free first then open orders so ordinary people, organizations would be able to take advantage of it. It's available in fuel and battery powered units, they can also customize it to run hybrid engines. Make this the opportune time to help a lot of communities, keep the Philippines and Earth healthy by going environmentally safe and save lives in turn.

For more information about their vehicle: