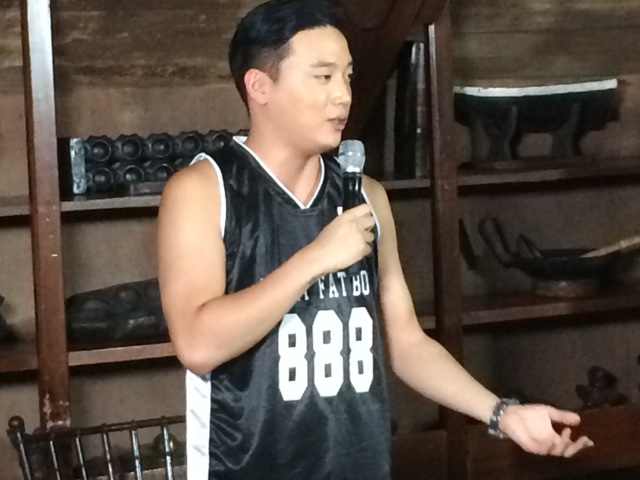 Okay, so here goes. I don't really watch Ryan Bang for anything else but just for fun. He's a good comic, funny most of the times, but I saw a different guy during out small interview with him last week. I kinda felt he was looking for someone to love, a bit serious, he was making fun of himself even if he's already saying "I'm alone, and no girl would like me". I saw him trying to make it a laughing matter because he's probably gone a couple of heartbreaks already from showbiz ladies he liked to be his girlfriend. Somehow, I think there's a disconnect. He's still willing, but I was weirded by that and the fact that he's trying to sway the press from answering only work related questions during this dinner. He then opens up a bit about his love life.

"My first crush was Yeng Constantino, and the next one, everybody knows I like Alex Gonzaga. Those are just two of the actresses I tried to woo. In Korea we don't really have courtship, it just starts with friendship, then boyfriend and girlfriend, then you get married. Sometimes they forget that I am Korean but everybody knows my past relationship didn't work. I also like Angelica Panganiban, so I was shocked to see her when we worked for the first time, but now we're like family. She loves me so much and she helped me when I had problems with BIR. Alex just doesn't like me, so we're just friends... But I'm happy for her! I became more close with God and Christianity because of her." 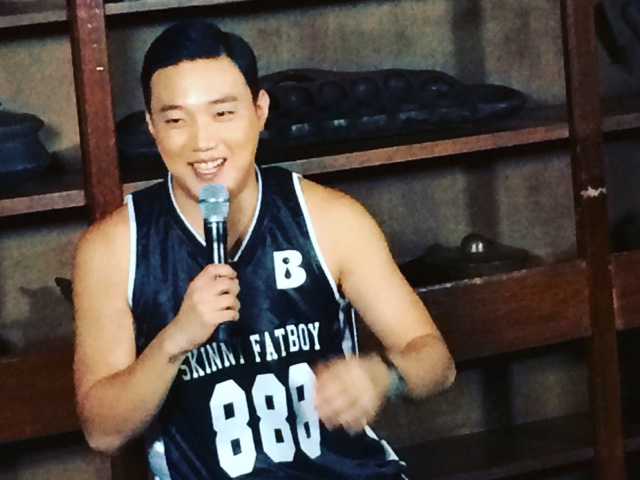 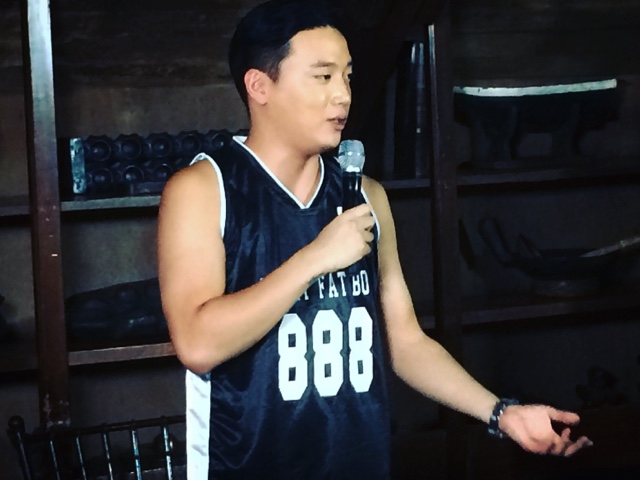 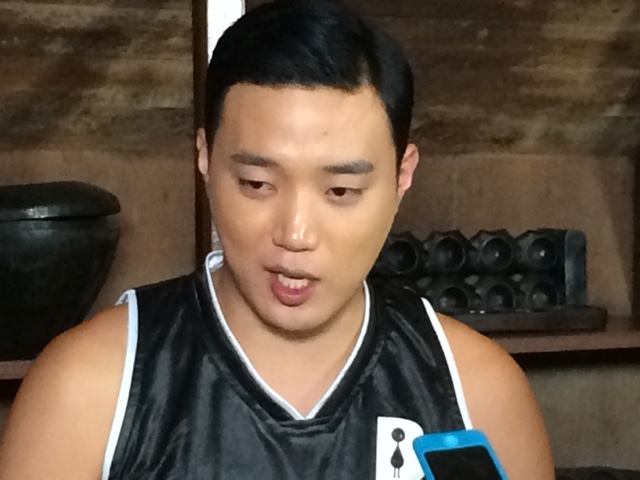 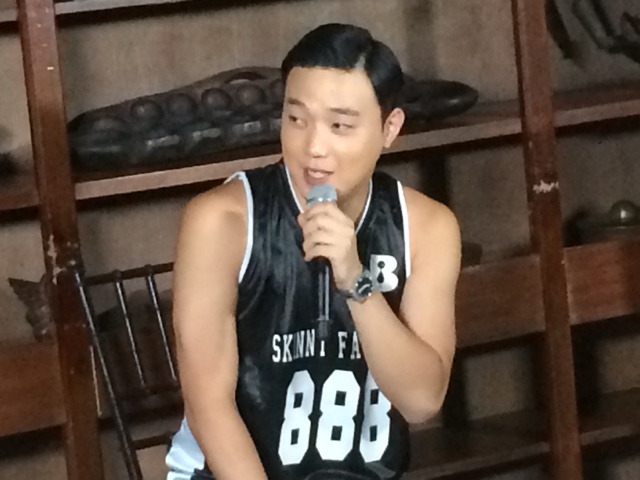 "I am very shy but I'm very happy with my work, I am overwhelmed that the press are here. I am happy that I don't get touched by gays because I treat like my Titas. They are also afraid with Mommy Vice, plus I think they're grossed out by me (nandidiri sila sakin).

Whatever I am, that's what I really show on TV. Just recently, Korean shows that interviewed me, I tell them I'm just being myself. I also promote the Philippines and I have invites for documentaries and channels there, I always promote this country because I love the Philippines.I also am a permanent resident already and I pay my taxes every month. I didn't know how to do that before, but now I want this video to be viral even in the other countries. This is my third single and this is on the comedy side, and someday I hope my speech improves, my skin improves, so that I can do MMK (he really wished for it!). I want this to happen so people know my story. I hope I can act like Papa P and Coco Martin. I am so inspired by them, I am happy that they also shared how to do it and I owe a lot to Coco Martin. I also want to work with any girl that would want to do romcoms with me in the future. I talked to them (the big stars in the video) one by one, and I am so happy they didn't hesitate. This was for my birthday and they all said yes! That was a great day!"


The single Shopping has also garnered millions of views and he's hopeful that this other video he made will be even more viral as the last one.

This video is produced entirely by Skinny Fat Boy Productions, which is Ryan's outfit. Directed by Jose Mari Reyes and Produced by Brian Cho. Cinematography is done by Glenn Cui Infante. The Music is Arranged by Michael Negapatan. The Choreography was also worked on by Jhong Hilario and this video was Edited by Fedrian Garcia. Done all for the love of Ryan Bang! No joke! Even the camera men did it for free!


Here are snippets of the press conference on video:


We really felt how Ryan was so happy to have done this. He's also glad that Filipinos and the Philippines as a whole has been very generous, so he tries to give back even without the press, that says a lot with the man. I hope you continue to live your dreams, stay humble but keep your thirst for work, and remember good guys always win!