Enchong Dee and Kiray Celis for I Love You To Death 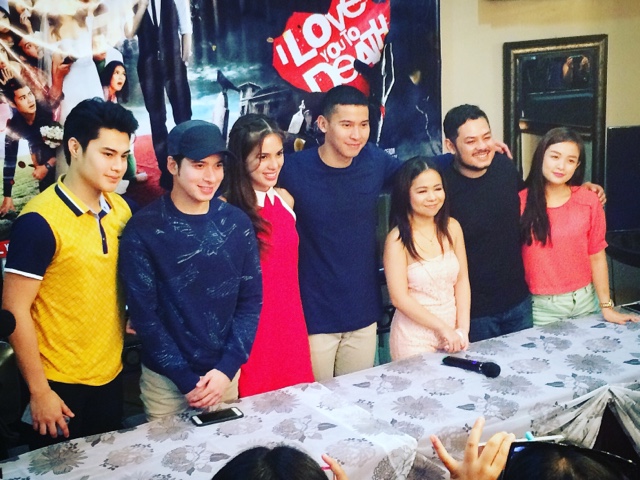 I've already seen the first trailer and I'm excited. The Comedy Princess Kiray Celis (of which she welcomed to be called) was also happy about the reaction of those who've seen it online. She's going to appear in this film with good looking premier ABSCBN actor Enchong Dee in this Horror Comedy flick entitled "I LOVE YOU TO DEATH". It looks like the plot is simple, the lady asks for a man who would fall in love with her, but worded it kinda wrong for a literal wish. She got her wish, but the guy unfortunately is deadly in love with her, literally too.

Kiray adds "The pressure will really just come out later on but making this film is fun! I think the trailer just shows a few of the scenes, you'll get jump scares, you'll think this is just comedy but that's just 10 percent in the trailer." 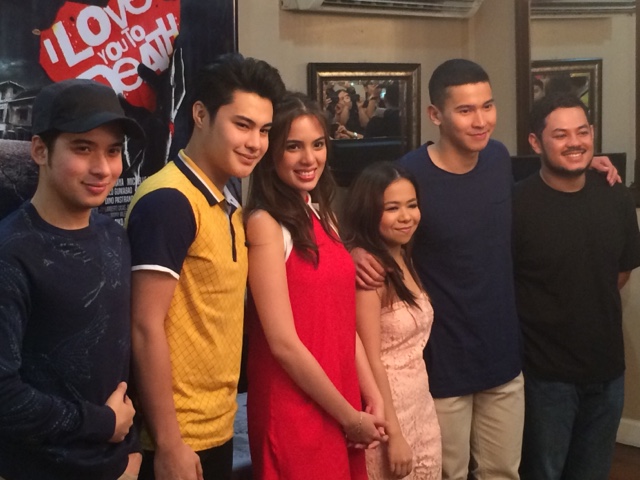 "There are a lot of things being compared to my past movie, but the feeling of being confused is what they wanted to do in the first trailer. The second trailer just came out and that will present a more detailed description of the characters. I think the Marosa film isn't our competition, we're tagalog movies so we're in the same team. I would ban hollywood films if possible and support only those being made by Filipinos. I believe in that. Am I so nice in saying that?!

Whatever you watched also in ASAP, we're like that! He's way wilder than Derek, I felt easy though because Enchong said he's going to lead in the kissing scene. I don't really say no and do as much as I can. I want it to be real, this is experimental and something new. I told Mother Lily that Enchong will be the one to chase me." 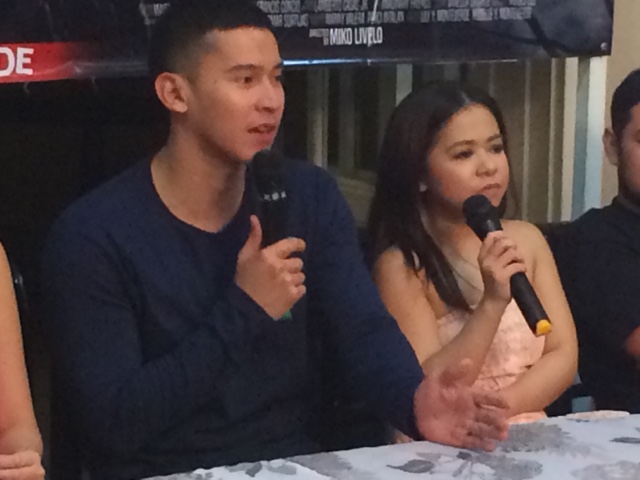 Enchong was actually digging what Kiray was doing while making the film. They might not have worked in films in the past but there are several shows in ABSCBN where they've met already so it was pretty much easy to work with her in this project. Enchong also adds "We're like this off cam, we're just putting this on stage and mall shows because that's how it is. We built this relationship while making this film and when we're there, we just show something real. Kiray felt awkward (during love scenes), I felt that plus a few bullies even made it worse (he looked at the other cast members)."

He's been traveling a lot these days and he also took time to concentrate on business. He quips "I don't want to reach a point where I'd burn out, that's why I produced my own album and concert. I ask my friends, my supporters, I want people to look at me that I'm not jaded, this business where there are a lot of people that want to be in, I do my best and prepare myself for what's coming. I'm happy, I'm contented, I'm excited, I'm focused. I did a lot of things in my business, the other things that I'm doing besides showbiz. I'm preparing for the future. I want the younger stars to be inspired, not like when I was before when I've experienced some senior actors that didn't treat me well."


I LOVE YOU TO DEATH will be shown on theaters nationwide starting on July 6! This also stars Janice De Belen, Betong Sumaya, Devon Seron, Trina Legaspi, Michelle Vito, Shine Kuk, Paolo Gumabao, Christian Bables, Nico Nicolas and Dino Pastrano. That's only a few days from now. Make sure you take your friends, family along so you could laugh, get hope, maybe even find love when it comes. This is produced by Regal Films!