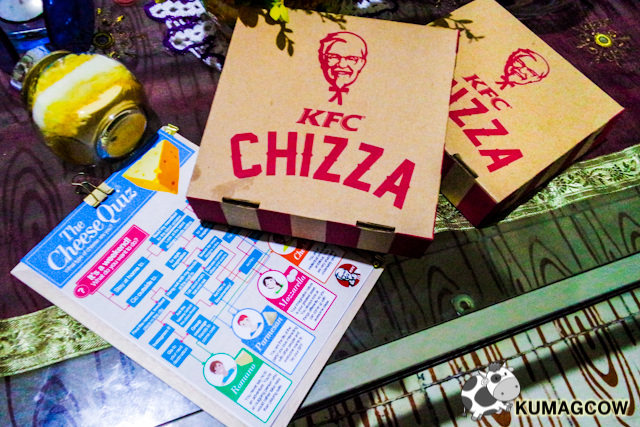 I was busy the whole week and the Friday wasn't gonna let down either. When I arrived home, imagine my surprise seeing a familiar red package on the foyer carrying that little ol man on the front. When I opened it, it had 2 boxes in it and a bottle of what seems to be cheese. It was KFC, but what startled me was seeing the word CHIZZA on the box. CHIZZA? I really haven't had this in KFC nor did I think there was one on their menu because last time I checked this wasn't part of their offerings.

Okay, so I think they sent me something that isn't really out in the market yet so I did what most normal people would do... look at it first, then opened up the box! 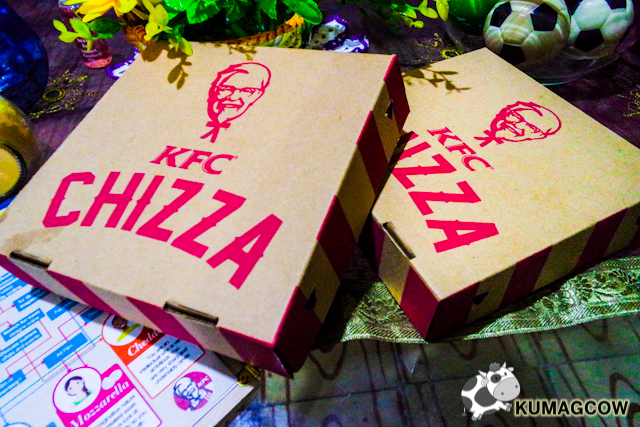 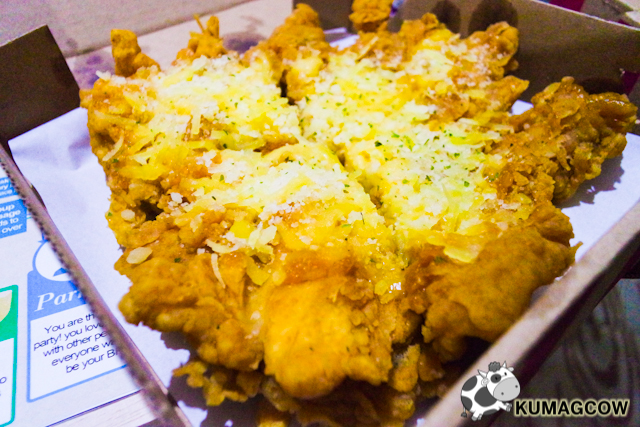 Then I said WHOA! Wait a minute, it looks like a crispy fried chicken and pizza rolled into one! So that's why they call it CHIZZA! Well, what's that thing on top? I immediately went back to the paper that came with it - read that this thing is actually cheese. Oh yes ladies and gentlemen, CHEESE! 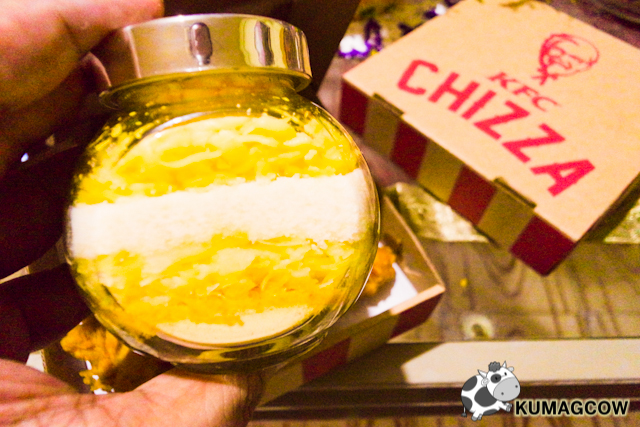 This bottle that came with it basically explains what's on top of the KFC CHIZZA. It's Romano (which is the more hard salty type), Parmesan (which is a little nutty, grainy and hard), Mozzarella (which actually is the best melted, soft type) and Cheddar (another hard cheese, comes in white or orange and is a little sharp). They put that on top of the lovely, crispy chicken and heated appropriately, it just has that lovely aroma of the combined cheeses and you can still taste the individual morsels in each bite. I know, I'm making you hungry but somebody's gotta tell you right? 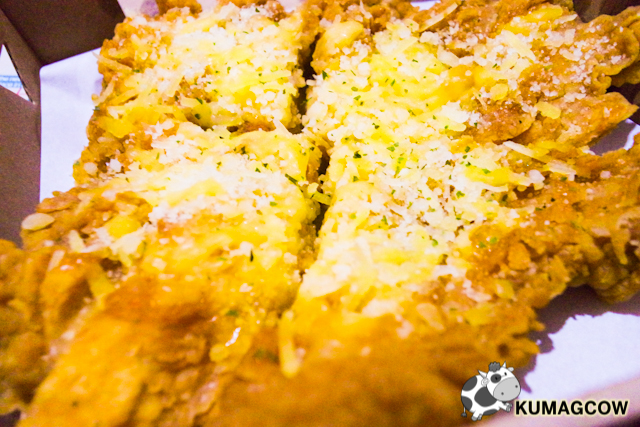 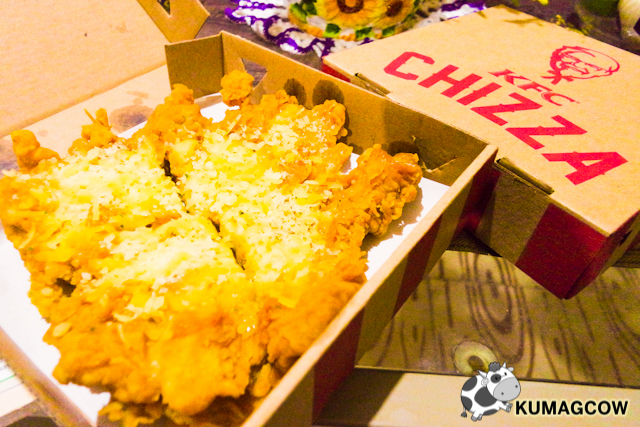 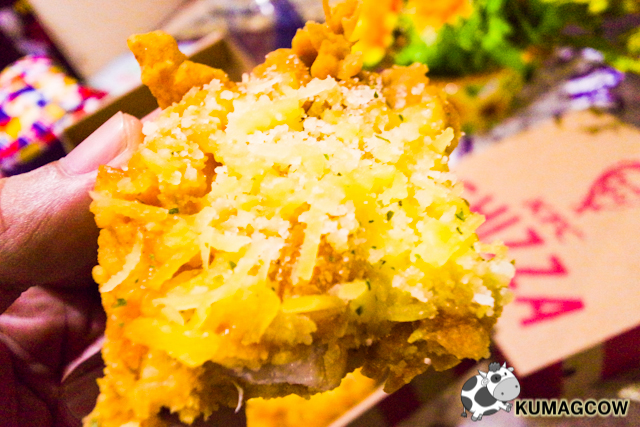 How good was it? Let's just say that when I did take a bite from one slice and left it on the table... when I came back... both boxes were empty. Yes ladies and gentlemen, my family basically are CHEESE monsters and they've raved about it over dinner. Yes, some had the gist to actually even eat it with rice. Although I prefer it plain and simple, just like The Four Cheese CHIZZA that it should be. 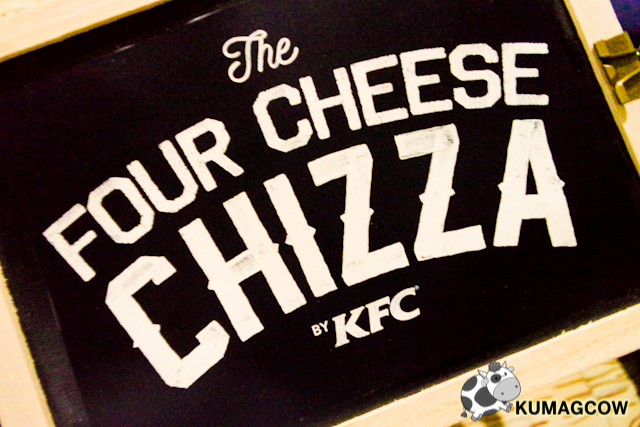 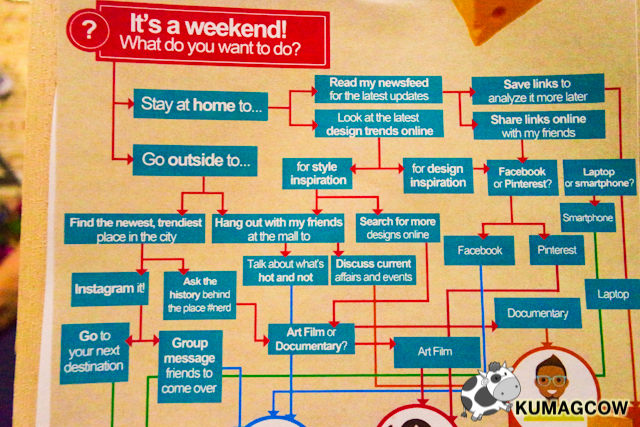 This weekend would be a good day to visit your favorite KFC branch but since it's not out yet, you must come back and check out their channels when it'll officially be in stores nationwide! It's going to be available for a limited time only, so you know what to do! Go to a KFC store near you!

For more information about their CHIZZA: