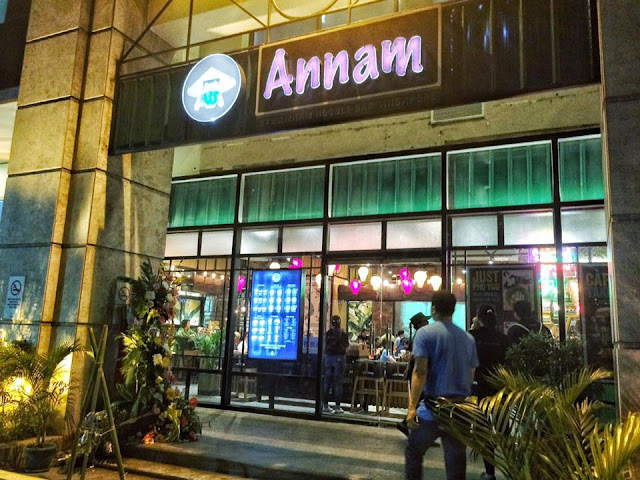 A new restaurant just popped up in Eastwood City! It's called ANNAM which comes from the same people who brought you NAMNAM Noodle Bar, the most popular one in Singapore. Now I don't think I've tried it when I was there because I probably was concentrating on hawker stores but the good thing is, they're relatively serving the same dishes as if you're there. The lovely menu is composed of different bowls of Pho, so you're relatively going to have your Vietnamese fix when in this joint. I'm a little tired of the other Vietnamese restaurant in Eastwood, not naming names, but their store is relatively a fresh take on that.

I don't have interior shots but I'll be back there soon. The place has tons of seating, bunk seats, bar stools, they can easily fit groups and combine chairs and tables if needed. It looks small outside but they maximized the space inside so you're bound to find something good to eat in ANNAM. Speaking of which, here are some of the things I liked on their menu. 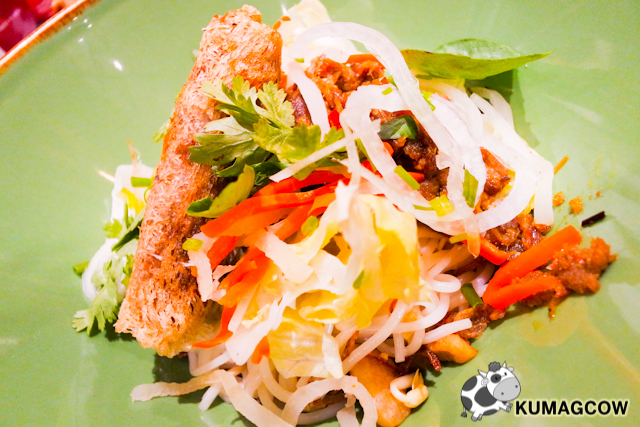 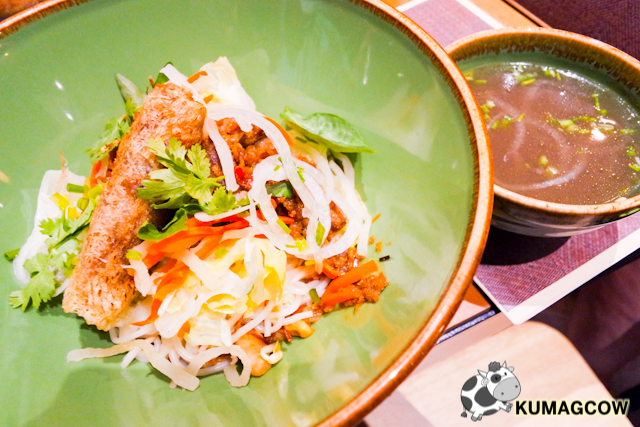 This is one of their dried noodles. They call this the Sauteed Lemongrass Pork Noodle. It is served with a bowl of bone broth on the side and the way they eat it is they pour a bit of it on the dried noodles before consuming it. I like the fried Imperial Roll on the center, tasted like a cross between the local lumpiang shanghai and chinese kikiam. It's a little softer though, but really good. 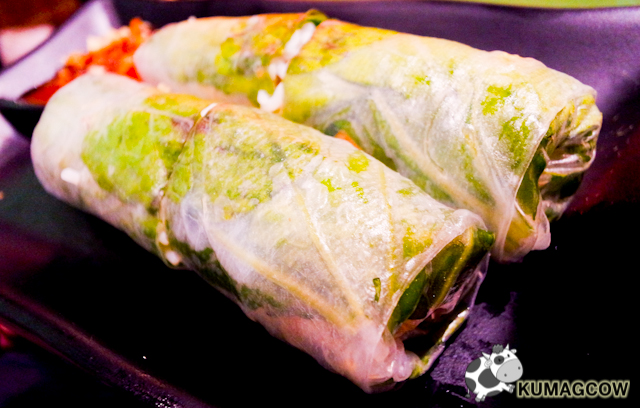 This is their Vegetarian Southern Rolls served with peanut sauce on the side. For those who are watching their weight, this might be a good alternative to your favorite rolls. Wrapped in rice paper, has cabbage, bean sprouts, other veggies, it's filling but definitely not oily. If you're a little allergic to prawns like me, this would be a good thing to have while having your Pho fix. 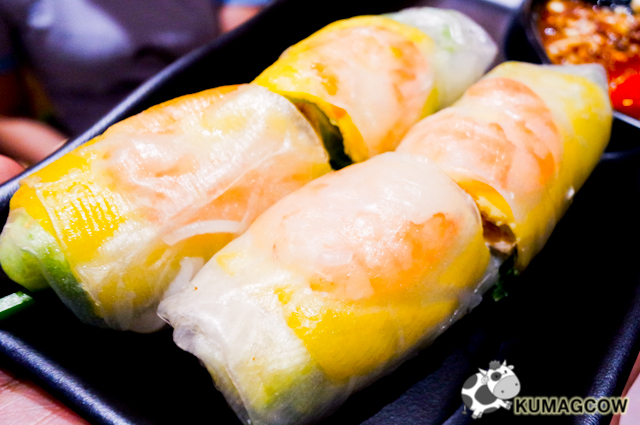 This one is the Fresh Southern Rolls with Prawn, Pork, Fresh Herbs and Peanut Sauce. I can hear the ladies on my table raving about these. It's fresh, you get that sweet shrimp flavor when you bite into it. Pretty good that we get something legit like it now in the Philippines. 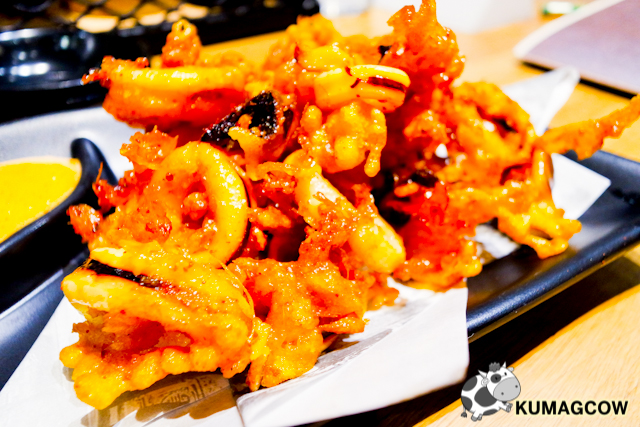 They don't really hold back on the spices so you might find a few of them a little too SPICY. Be careful what you ask for, but this is GOOD NEWS for people like me who LOVE the spicy kind. This is their Crispy Squid with Sriracha Mayonnaise. As the name suggests, they probably have a batter and got these squid pieces deep fried. Then you have the option to up the ante with the Sriracha laden mayo as your dip. I loved  this one. 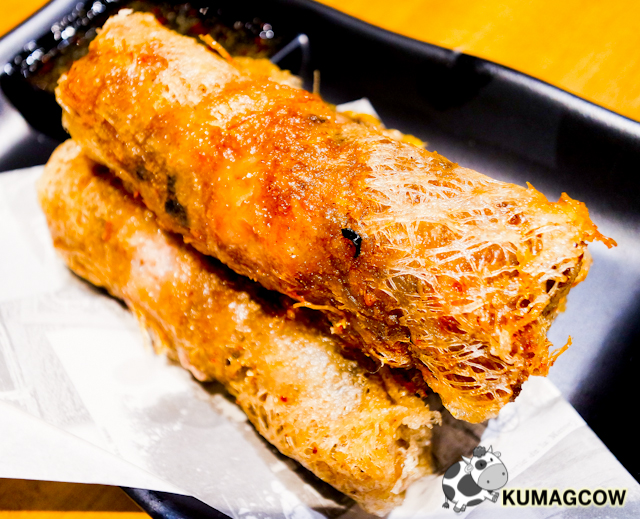 This is the Crispy Imperial Rolls. As I said a while ago this is a cross between our very own lumpiang shanghai and chinese kikiam which I absolutely love.  Yes, you need to have this either over rice or just be something to munch on while you're having your pho. It's sweet and savory, something that most of us in Southeast Asia LOVE! 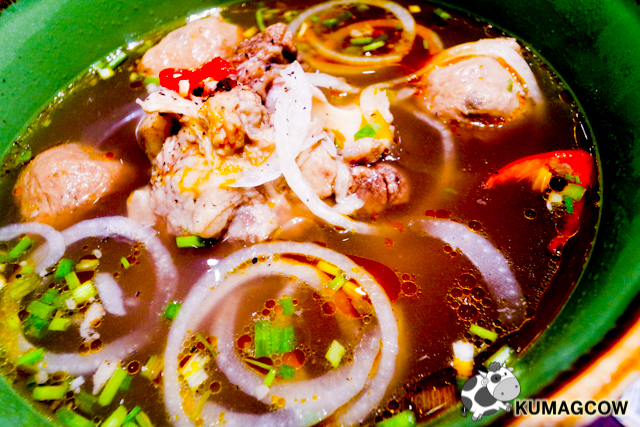 My love for beef balls were already triggered as soon as I saw this on the menu. This is their Pho Australian Ox Tail and Beef Balls. It's like a lighter bulalo, with a few herbs in between. The beef balls are also freshly made so they probably did it inside the restaurant with their own hands. It doesn't seem refrigerated either which is a good thing. It kinda crumbles a bit when you bite into it but it was still firm. The rice noodles were springy, make sure you add Sriracha and Hoisin sauce to take the flavor profile further. I loved this a lot! 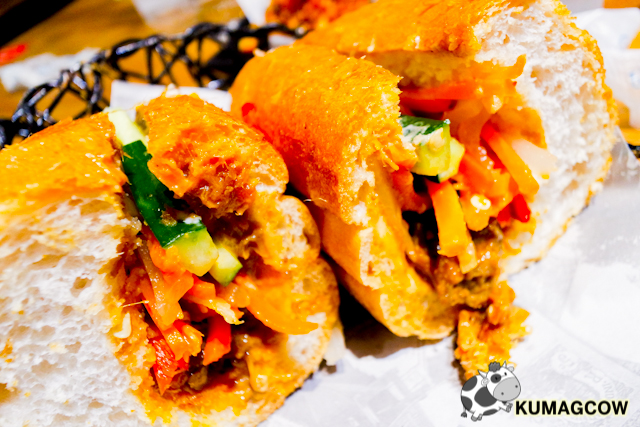 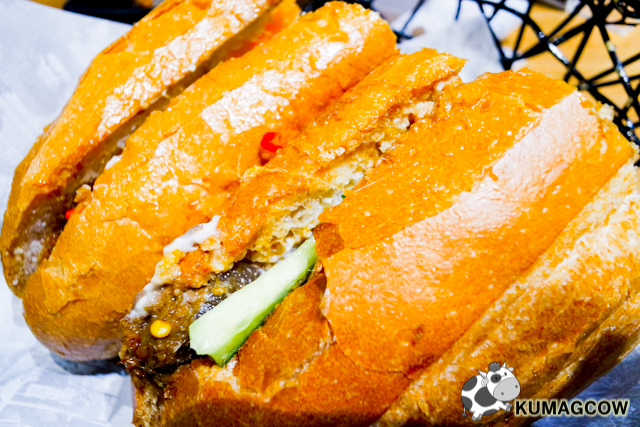 I chose this for the sole mention of Sambal on its name. This is their Chili Sambal Braised Beef. It's got strands of beef, separated or broken down by the sheer softness of it. It's mixed in with Sambal Chili, which Singaporeans love. I like the intensity, but this might prove a little too hot for Filipinos. This is probably made for me, I did finish the whole thing, but it's a tad pricey. I think you're paying for the ambiance, the interior, the freshness of ingredients. With that in mind, add it up, then it's worth it. 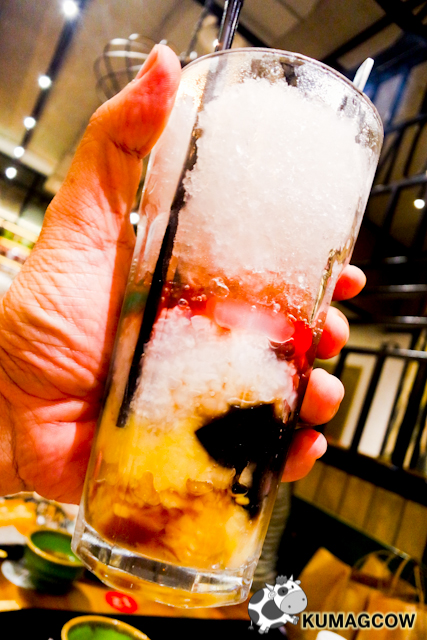 This is their 3 Colour Dessert. It almost felt like a halo-halo but it's not. It's closer to their Iced Cacang but I think they used coconut milk instead of milk. It's a little "not too sweet" for a dessert but it would be good for those who are watching their sugar. You get the same lovely flavors, less the sweetness. I guess it works. 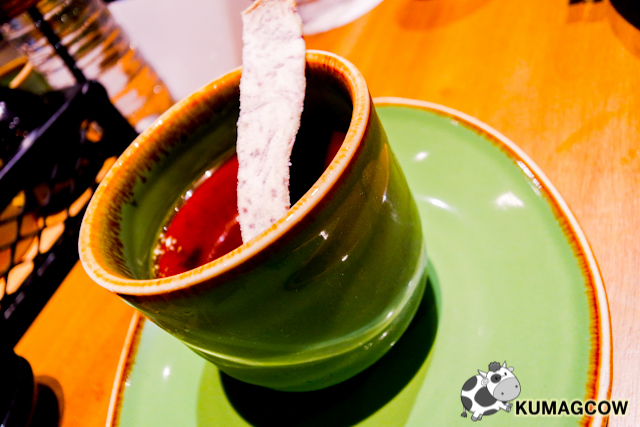 This is their Vanilla Pudding with Palm Sugar Caramel. You'll get that intense sweetness from the syrup, it kinda paints on the canvass, things like this happen. I like that it's sweet, but some of the others find it too sweet. I'm still rooting for it though. Good to share after a date. 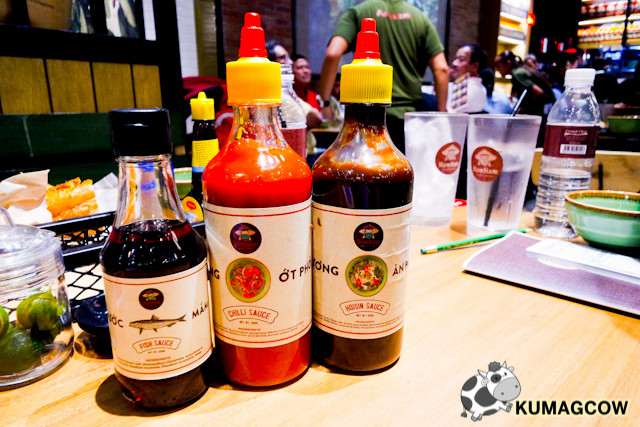 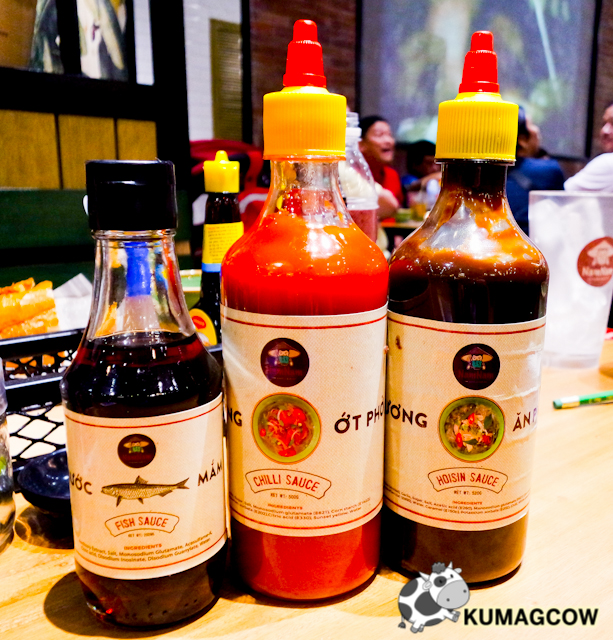 My favorite part of the show was when they told me they had this inside the store. This is Fish Sauce, Chili Sauce (like Sriracha) and Hoisin Sauce. They actually sell these too, plus the bowls I think and a couple of the noodles they use in their dishes. They have it dried so you just have to throw it in boiling water and cook like how the pros do. Their Hoisin sauce is really good too, as it's not too salty, but more on the sweet savory side. Now that's just for starters.

ANNAM is something I'd really want to go back to when I'm having my Vietnamese Pho fix, they've literally exceeded my expectations and the catch here is, they don't even use MSG. Now that it is here, people should really try it out. I'm glad I did, so you know what to do. Go grab your friends, your loved ones, share a bowl of Pho and make ANNAM in Eastwood's 1880 Building. It's right beside the second Starbucks store (the large one). Just walk a couple of steps and you'll find it there. For what it's worth, it's the place to be now that it's raining a lot in Quezon City. They have intense Viet Coffee too for those who run in those batteries. You better get yourselves a bowl. Four out of Five Kumags.

http://annamnoodlebar.com.ph
Posted by John Bueno at 10:00 AM