How to Make Creamy Chicken Adobo 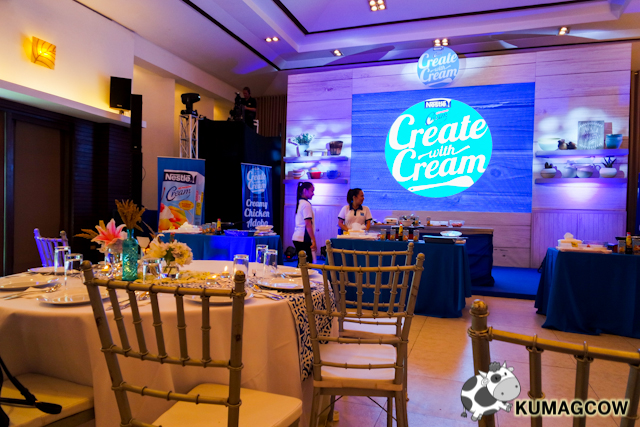 I was invited by our friends from Nestle the other week in an intimate event for bloggers. I was a bit surprised because I didn't know it was going to be this big even though we were just among friends, family who tagged along as it is a family event. I saw some of my blogger friends who often do food reviews in the mix - and the ambiance was pleasurable, saw so much food on the tables and a whole lechon in the middle. Although I found out later on, there's another star of the show. They call it Creamy Chicken Adobo. When I saw that on the tarp, I was like, for real? 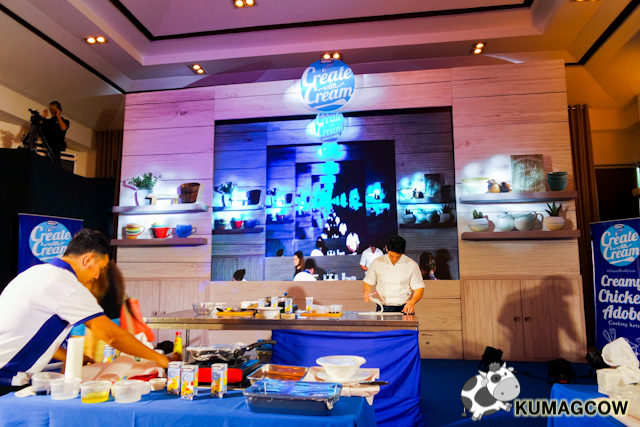 Now I know for some, that would really be blasphemous but trust me... there's a bigger man who told me this would actually work. I saw him working on the recipe while I was walking around the venue. See him in the center? :) 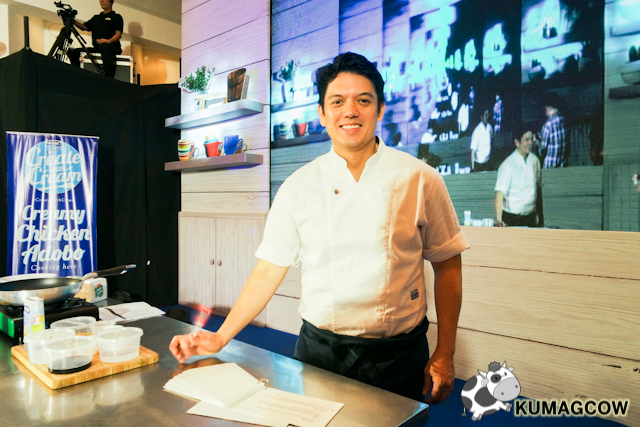 Yes! Be still your hearts ladies, it's the good looking Chef Rob Pengson! He's got several restaurants to his belt, tons of TV appearances and love from the best people in the industry. Now he told us that it is possible to make a Creamy Chicken Adobo. How can we even worry right? 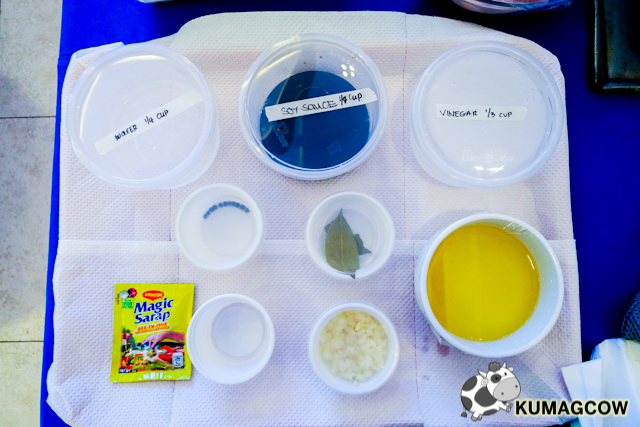 So he had us educated about how to cook the Creamy Chicken Adobo. I do actually cook so I think the ingredients he used was quite common if you're cooking the usual chicken adobo. The difference between his recipe and mine is that I do add a little sugar on my recipe and that's about it. He also uses Maggi Magic Sarap and the new Maggi Soy Sauce. 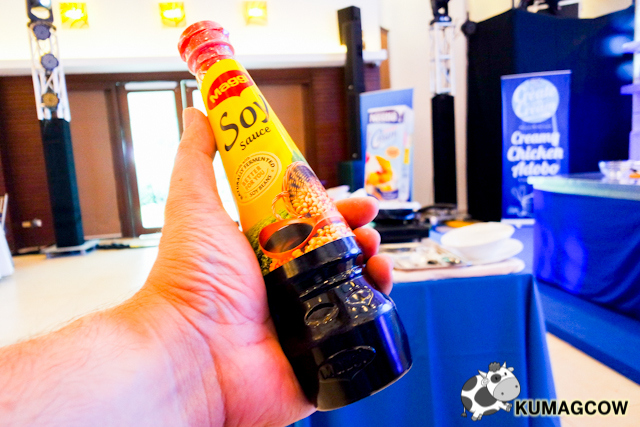 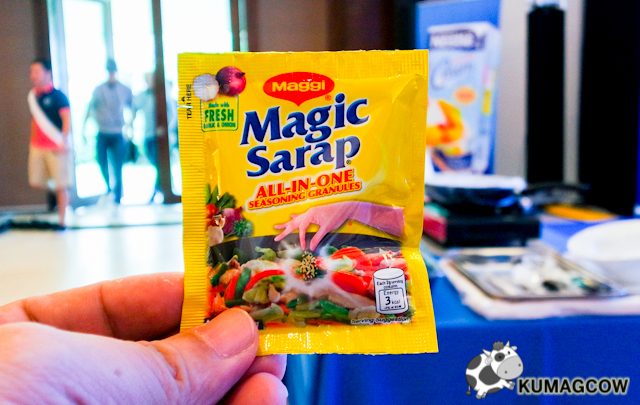 Now I think it would be advisable to actually be careful in putting salt as there are already some ingredients that are on the salty side. You'll also need peppercorn, ground pepper, garlic and bay leaf. I call them the usual suspects. 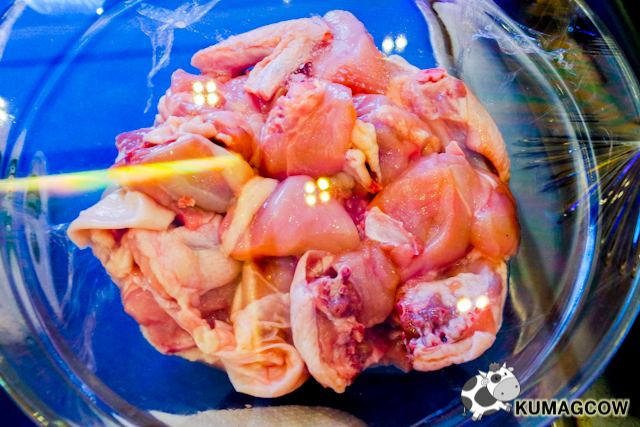 I think you can cook a big whole chicken with these ingredients. Just chop it up via adobo cut, clean it up and set aside. Then don't forget the ingredient that will make your ordinary Chicken Adobo become the Creamy Chicken Adobo, of course it's the Nestle All Purpose Cream! 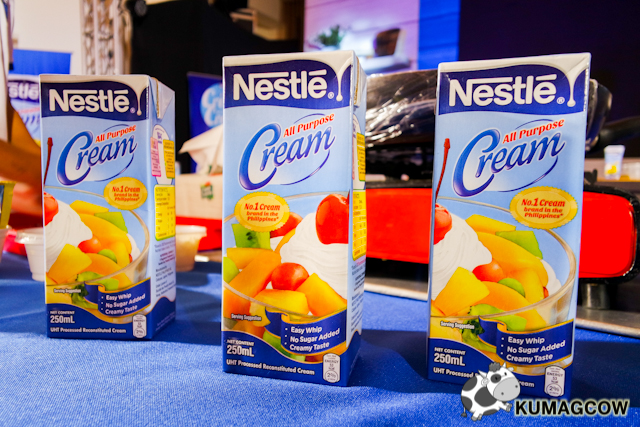 So Chef Rob taught us to make the sauce first. He put the vinegar to a slow boil, Maggi soy sauce, a pinch of Maggi Magic Sarap, bay leaf and pepper in one pot. He then put the chicken in the mixture, let it simmer a bit and set it aside. We fried the chicken in oil, then the garlic on one side of the pan. We set some of it aside so we could put it on top later. When the chicken becomes a little brown on the sides, pour the mixture in and let it simmer. Be careful not to leave it on high as the sauce might evaporate, just make the sauce boil until you see it's enough for serving later (of course it's lovely on top of rice too). Then serve to your family and friends.

Oh but wait! He's not going to let us off that easy! He got the bloggers to work on their cooking skills and try the recipe if they can replicate it. Well I think these guys are good in the kitchen to begin with so it looked really easy! 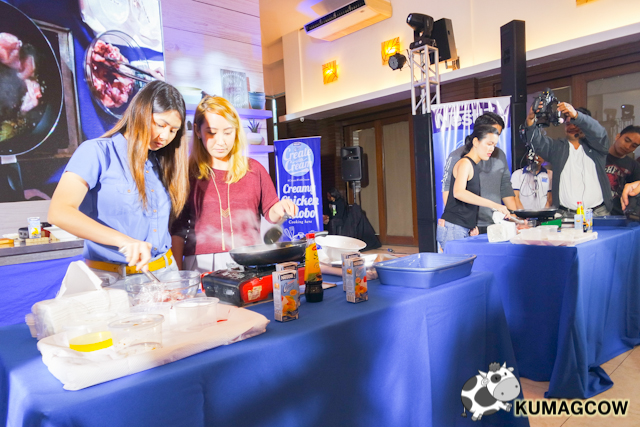 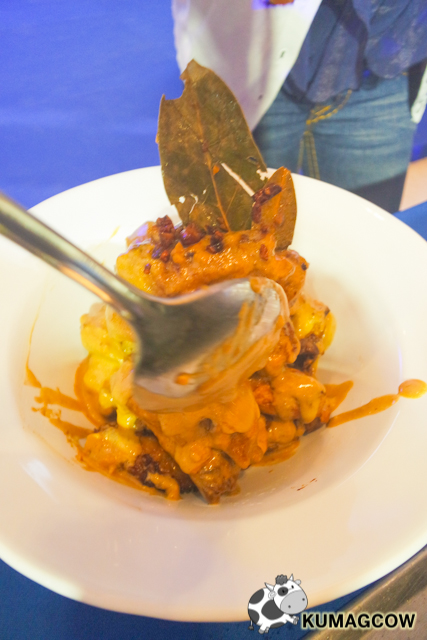 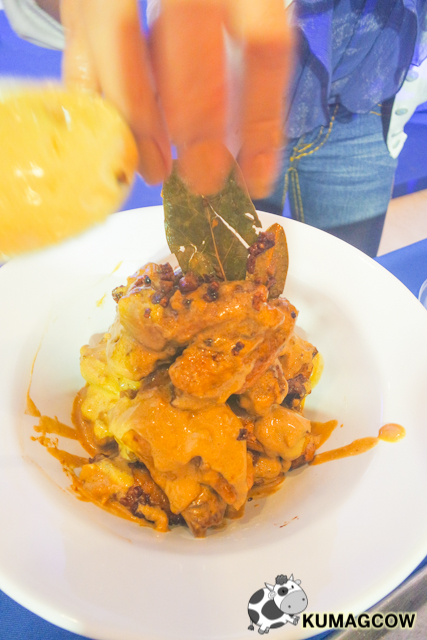 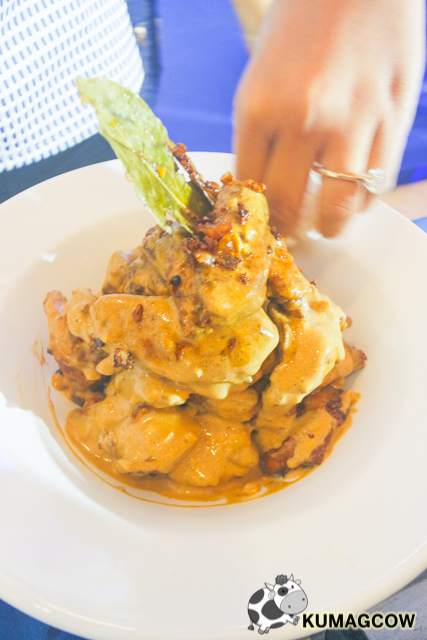 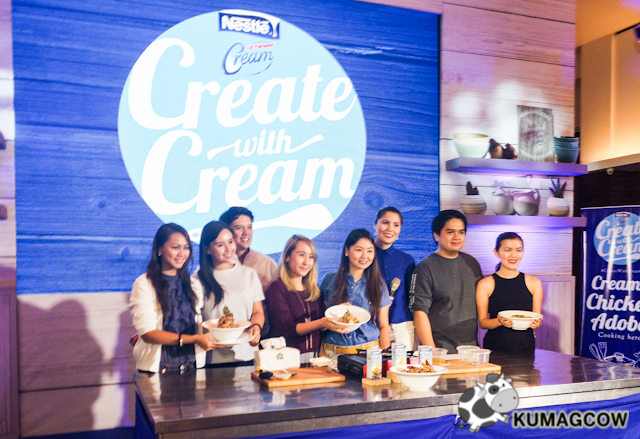 In the end, they were all winners! I couldn't agree more! You know, I think this is very easy. You can make any dish special as long as you make it for the people that you love, and a little help from Nestle All Purpose Cream. So if you've got that favorite recipe you've been inching to tweak a bit, make it special by putting in that one ingredient. It'll cost you a couple of pesos but once that your family gets a taste of it, it'll be worth it! The happiness you'll feel though, would be priceless!

Wouldn't you want that to happen? Create with Cream.

For more information about their product:

https://www.createwithcream.ph/
Posted by John Bueno at 1:43 AM