Behind The Scenes: My Teacher Who Doesn't Know How To Read 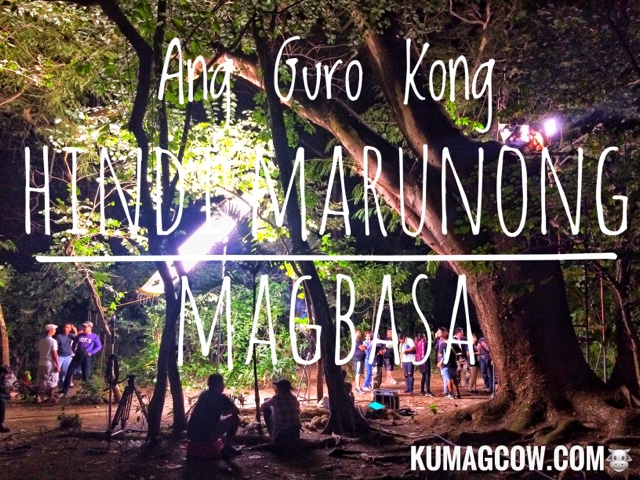 I've been keeping this article on draft for the longest time as this will be a part of Cinemalaya 2017, a local film festival held annually specifically for non commercially released independent films set at the Cultural Center of the Philippines. The festival encourages the creation of new films, made by Filipino film makers and hasten new breed of Directors, writers and people in the industry. The release of this film will be on August and is hosted by the Cinemalaya Foundation Inc.

When I heard the title of this film written and directed by Perry Escano, I was a little dumbfounded about how a Teacher would be able to teach kids when he wasn't able to read. This is actually a very interesting premise. I mean there could be ways to do it, it's probably how they adapt to their condition, their economic status and life. Though I think this is exactly why they did made it with this title, so people would ask why, make it controversial, an interesting point of conversation right from the moment you see it in a movie poster. That's pretty smart. 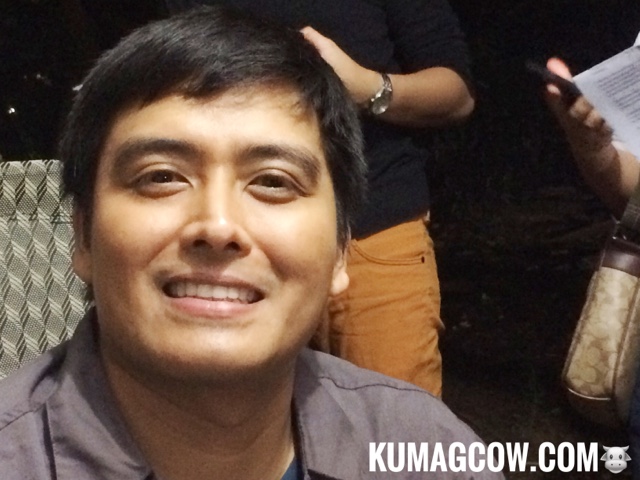 The film is starred by Alfred Vargas,  a great actor who by the way is also a Congressman for the 2nd District of Quezon City. I was a little excited to talk to him since he's been in several projects included in Cinemalaya (Colorum in 2009) and a bunch of independent films in his belt. He's still got that charm, a smooth talker, quite pleasing to be with even if it's the first time I've seen him. During this visit, they were shooting several scenes in a forest in Quezon City (location will not be disclosed) and will contain several action sequences as this is partly a story that's got half of its foot inside Philippine rebel forces. Here's a short talk with the good looking man from Quezon City:

As you may have heard, the film is set in a war torn place in Mindanao. Some of these kids are child warriors, employed by rebellious movements which I know happens in real life. At a very young age, how do they learn to read and write? The answer is they don't. These are Filipinos who neither read or write and they grow up with that, incapacitated, not able to proceed and attain educational levels like what normal people do in the city. I bet this is where Alfred's character Aquil will come in, no matter how that sounds so Encantadia, they didn't know nor did they have that name all figured out before filming. It was just as the Director had written it.

We also talked to Perry Escano after the scenes were shot, one interesting thing he told me about was the group that is supposedly involved in this film. It's not mentioned if it's NPA, or MILF, MNLF, or Abu Sayyaf, but he says you'll learn about the group by listening in to their lines. As you may understand there are one or more of these groups present down south and they do exist until now. In a nutshell, there are still some socio-political discussions included in it. These deem important points to discuss for the film to remain relevant, I totally understood that part. Listen in: 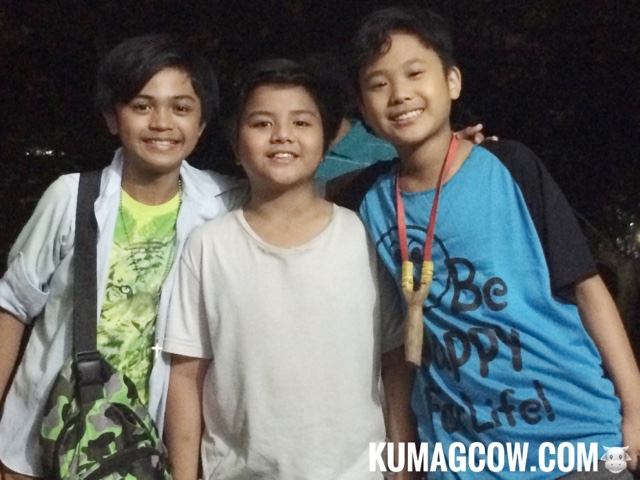 Director Perry Escano also mentioned how he chose these kids Miggs Cuaderno, Marc Justin Alvarez and Micko Laurente. Mind you, these kids are no strangers to film projects and already have awards to prove it. When they were already in the cast, and working, they only had very few takes. He felt it was even daunting to choose who to concentrate the most in each scene as they were all good. The Director also touched on how it is difficult to send educators, professors, teachers to war torn provinces, a case that is still existent now. How do you teach these children the basics? When you fear for your life, when you don't even know if you could fall victims to these groups, get kidnapped and be at the pages of newspapers the next day? Would you want your kids to even live in the midst of these people? How important is education to have been even put in a situation that it might even cost your life? Would this film warrant attention? I guess it should, as the writer wanted it to be.

Alvin Barcelona is also part of this film, he confirms these incidents happen as he hails from the area where this occurs. It's not some horror story, or a figment of imagination, he confirms this is real life and worked in the region for years. He knows how education, livelihood and means to live a normal life would end years of armed struggle, because people have no means to live or put food on their table. Here's our interview:

Handpicked for the role months back is Kiko Matos. I talked to him while it was raining hard that evening, but I was glad he wasn't as what media depicted him in his fights with Baron Geisler. He was cool, calm, reflective of the man he wanted to depict, an officer of the Philippine Army. He did shy away from his character and says it was a film about the plight of the kids and how they lived in conflict torn areas. He also tells the story on how he ended up getting the role, and how this film bested about 200 entries for Cinemalaya. He quirps this should be a subject that media hopefully wil discuss lengthily after watching the film.

Here's our interview with Kiko:

This would definitely be a promising thing to watch during Cinemalaya 2017 in August. I just also learned they finished filming yesterday (photo below by Erickson Dela Cruz) and I'm sure I'm not the only one excited to see the final product. I hope it does wonders when it shows in CCP and at least stir some interest about the problems they presented in the movie. Aside from Alfred Vargas, the film also includes James Blanco, Mon Confiado, Lou Veloso, a stellar cast and production.

Thank you so much for the opportunity to talk to you, the people behind ANG GURO KONG DI MARUNONG MAGBASA. Honestly, it was my first time to see a Cinemalaya film being worked on and it was not just a set, I saw passion run through the veins of the actors, the Director and writer, the staff and crew that put these things together. It was an honor to be in the midst of hard working people, I really appreciate how you took care of us from the moment we arrived to the hard rain when we bid goodbye.

I hope this film does what it's supposed to do, to move minds and make the viewers know how important education is to everybody. I also fervently hope someone acts on it, because more than the cause and the issue at hand, there are people who continue to live like this until now.

This is fascinating, and I wish "Ang Guro Kong Di Marunong Magbasa" all the best! Cinemalaya will start around August, make sure you watch this entry along with the final 10 who got in!