A few days ago, we had the chance to watch the next movie made for TV made by brilliant Cannes Film Festival Awardee Brillante Mendoza (oh yes I said that!). This is part of the program Brillante Mendoza Presents shown o TV5 wherein they already released Tsinoy and Everlastig to coincide with the celebration of Chinese New Year and Panagbenga Festival in Baguio City both of which they've utilized lesser known actors. They did this to concentrate more on the story than the personalities and I think it's a good thing. 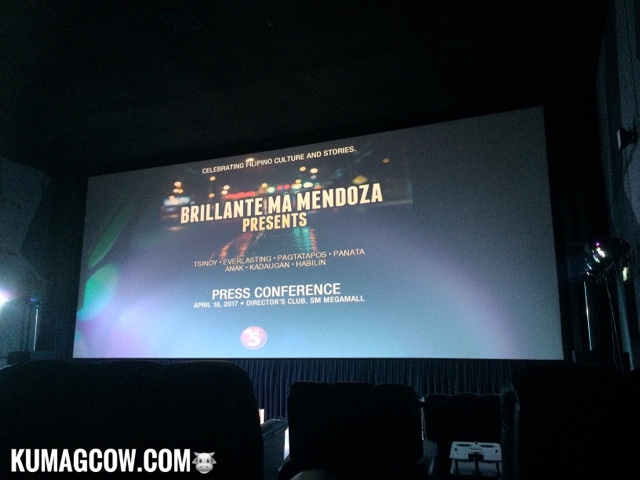 According to TV5's CEO, "It's not planned to go to festivals or make awards, we just have to be different and be an alternative. We took courage to embark on this and support Direk to do his best work. The first two, it hasn't been much into the taste yet but there is a reason to this partnership. 12 made for tv movies, we are working on a one year relationship. We want to be the home of different kind of producers, directors abd story tellers. The reality in todays medium is that we have to consider the entire journey of the content, the plan is to put this on video on demand directors cuts which we can show on digital content. Direk is working on the talents and there is room for good stories which we hopefully will bring. We are finding ways to bring you quality ones even on a limited depth of talent and hopefully develop more talents in the future as this is a transition, it's a business decision." - Coach Chot Reyes of TV5 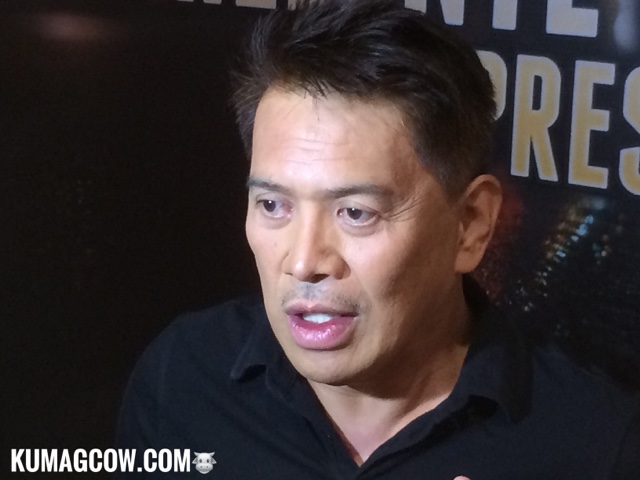 "We do have professional and non professional actors and hopefully it will be shown internationally. We have our people go out and make location based movies made for tv and we have a process in place. This is an alternative, a film is a film, and we concentrate mostly on content rather than personalities. Like what I said in past interviews, they got me a go signal to have creative freedom and TV5 gave me that. We do need sponsors and ratings to survive but they got the challenge and didn't ask me to compromise. I don't think I had to lower the quality, and it will find it's audience. A story is a story, if I make a good story then that's where I'll give my all. On the business side, we have a unique budget, a bulk figure then just work with that in these movies made for TV. Everytime it's a different experience as we include the locals. I do realism, they say it's ultra neo realism but I did a different style in Japan which I plan to do also in my next projects.  You should watch out for that."- Direk Brillante Mendoza

Brillante Mendoza Presents: Pagtatapos will be showing this coming April 22, 2017 at 9:30PM. There will be a couple more in the coming months and these works of art will be available to people pretty soon on digital streaming services worldwide so you better get in the habit.