Experiencing a Connected Rizal with Smart 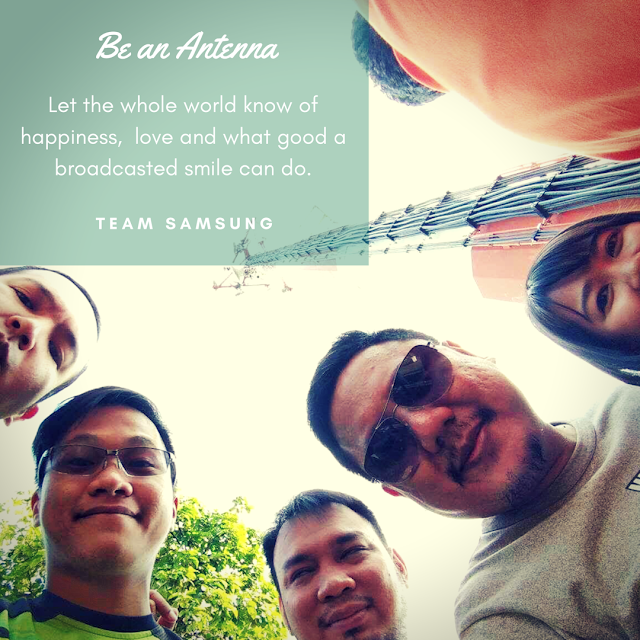 We spent a whole day of fun at Rizal particularly in the Antipolo and nearby areas to experience what the biggest network SMART calls a #ConnectedRizal. They've already done this with several cities like Davao and the best island in the world Boracay just so people could see what it feels to have a fast network with infrastructures that are capable of ideal LTE speeds; they have already upgraded the antennas in this part of the country. Mind you, it takes a ton of man hours to actually do it because you have to manually climb the tower and change several things physically in the antenna plus several items in the site (because they have upgraded the switches and transmitters into external ones) wherein before was required to be air conditioned, but now have external versions of it.

Mon Isberto, Head of Corp Com at PLDT - ‎Smart Communications, Inc says "As we roll out LTE on our networks, we are also preparing for the not so distant future for 5G. We have to pay attention to your devices, we know you need to get the best out of your network. As soon as we complete the upgrade, it will get better."

Joachim Horn, Chief Technology and Information Advisor at PLDT - ‎Smart Communications, Inc says "We don't want to have a network with that image and we're doing significant improvements in areas such as Rizal. Everyday we have hundreds of people putting up network as we need to constantly upgrade and optimize it. We need to have good coverage so you could have good signal so we are rolling out this effort in different parts of the country. We need about 30 permissions for 1 cell site and a lower frequency penetrates buildings better. But they are building new ones and it's one of the work that we are doing everyday. It covers the signal and we build towers to resolve that. It takes 8 months to 1 year to build one, we have made efforts in Rizal and we also have equipment outage and breaks which our engineers have to fix too. We also have power outages, cable theft and natural calamities, but we still have to build a better network possible. As of now we have 2G, 3G, 4G or LTE and it's the fastest right now."

He adds "We also have LTE-A and new technologies coming, so we are improving. If you have a good network, you also need a good smartphone with the best sim that supports the network. If you have good network plus good device, you will get the good experience you deserve. We are one of the few countries that support 700MHz and LTE-A (carrier aggregation). It will be better for the more advanced users. Check bit.ly/700mhzdevices if your phone is included. There are not many countries that have this and we are fixing the network as we are currently updating LTE service across 2,500 cell sites in Manila, hopefully to finish 95% of the Philippines by the end of 2018. We're doing 120 in speed tests in Boracay, 80+ in Davao and about the same in Rizal. You will experience that later. Not only Smart, but PLDT is also connected via Fiber networks. We also have Smart Wifi rolled out on airports, sea ports, bus terminals and more. Also if you don't know, mobile data costs less in the Philippines now. We have addressed that problem including fixed broadband price, it's not a fantasy anymore. We are not alone, we need national and local government to standardize permits and fees, allocate property to build infrastructure and the DICT is very supportive, making it 7 days to process it. We also hope you are ready also for 5G in 2020. In the end we want good service for our customers."

So if you're wondering why it's taking a while to change and improve your network speed, I hope I got you to at least get a glimpse of how it works behind the scenes. If you think your village or community is hampering with the building of these cell sites, make your presence felt and tell them that it's not harmful to have one in your place because it's also been certified by local and international institutions, including DOH. Don't complain about your signals if you are in areas where they put up policies that don't allow these antennas to be placed because in some way, YOU are the problem. It's good news though that agencies and local government units are now supporting network companies to standardize the papers in putting up cell sites, that would really make the process faster because of less red tape. Thanks to SMART for letting us experience a #ConnectedRizal, I hope I can say the same #ConnectedQuezonCity pretty soon, as I know they still have a lot of cell sites to improve in the coming months, and years. The effort alone is something I really appreciate and I hope a lot of people do to. As you may have witnessed, this BIG job is no joke.