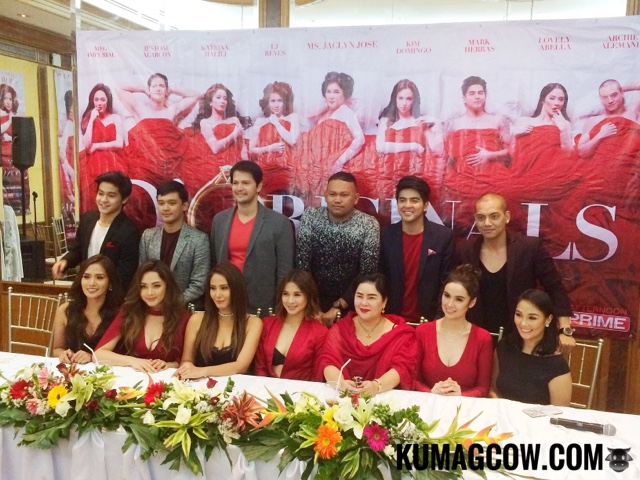 Ladies, you've always dreamed of a perfect relationship right? But what if you suddenly find out that your man is not as "perfect" as you think he is? What if you found out that he's got another woman? Well, GMA wants you to see it on TV via this show called D'Originals. This stars Ms. Jaclyn Jose, LJ Reyes, Kim Domingo, Katrina Halili, Meg Imperial, Lovely Abella and a lot more! 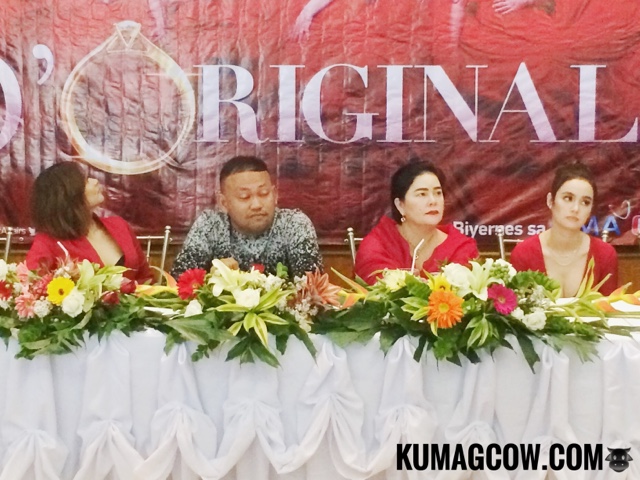 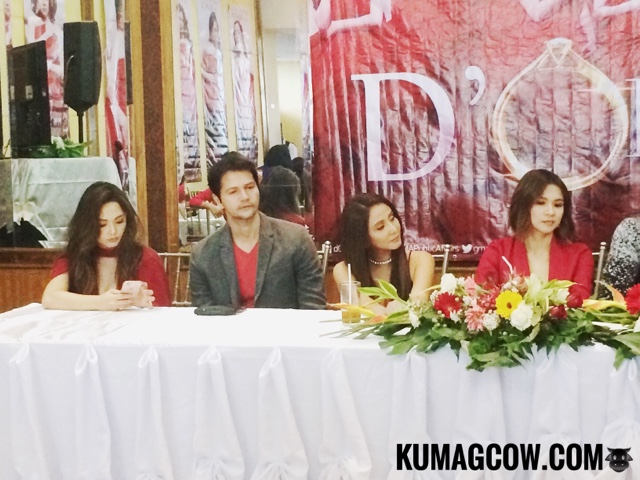 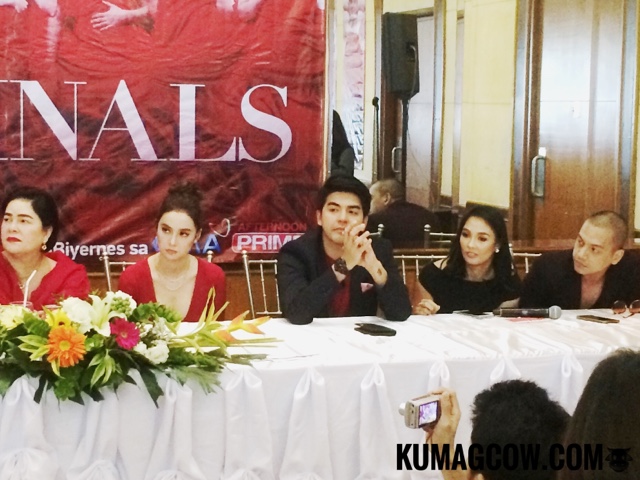 LJ Reyes is here. She says "I am Marge and my character tries to hold my family together and while I'm busy with that, I kinda have problems with my own family. I will also have issues with my friends and their relationships, I enjoy meddling with their lives and I always get involved in situations that are very difficult for a woman. There's seduction, there's life that happens but you always have to do the right thing."

Kim Domingo plays Sofia a Zumba instructor and she's the girlfriend of Archie Alemanya's character named Art. She says "Watch for the things she does to catch her husband doing it with other women. We all have to be professional and know how to execute the scenes because there are times when it gets physical."

Katrina Halili says "My role here is Yvette and she's the other woman who's going to make Lando's life a living hell (played by Jestoni Alarcon)."

Meg Imperial plays Alice the sexy star who's had a past with Art trying to rekindle their romance as she tries not to get caught by the original one. She utters "There are a lot of reasons why there are women who go to miles of being the other woman,but they have their reasons."

Jestoni Alarcon who plays Lando says "This will teach people a lesson, the bad things that happen to people involved with a lot of women". Lando owns a security agency who's primary love is Josie played by Ms. Jaclyn Jose.

Mark Herras is also here and he says "I am Caloy who just got back to the Philippines from his job as a singer from a different country. I didn't have a job or savings and we were left at home a lot of times so that's why we had a relationship too. We know life is crazy, but if a person has a partner we don't meddle with that so we don't have problems. We just need to find the single ladies."

Archie Alemanya plays Art who is an artist, plays around with 2 women because they can't help it. "I am shocked that there are men that do this, I need a one day sensual workshop with Meg and Kim."

Josie and Lando's son is Mikoy Morales who's exploring his sexuality, is also having problems. He's got a relationship with Elyson De Dios's character Darenn (of which he says is a straight guy but does go into relationships with gay men). They represent LGBT but it will be discussed more on the relationship of Mikoy coming out to his parents, how judgemental people are and the difficulties of maintaining their relationship. He also adds "Our relationship is a little on the cute side, being a little too young as well (16 year old boy), even if we didn't have physical contact, it was how the way our affinity with our family that matters."

Claui is Tim's youngest sister whilst Arnie Ross plays Precious who will also make matters worse as she partners with Yvette.

Adolf Alix the director says "The cast is different, we have a lot. The story is well researched and we interviewed real wives and other women who went into these relatioships. You know there are incidents like these seen in social media. You find it funny but if you think about it, these are real people. When someone watches TV and they emphatize with the characters they would really watch it. It's still a soap and based in emotions and we make sure there are real situations. If it's the rivalry between the other woman and the original one it would end early but there are family issues, domestic problems, we still need to discuss that other than just putting them on the spot. We have families and we can identify with the woman characters, limited time and budget but this series needs the emotions and characters and we move on to the next. I hope people understand the characters and what left them to do it. There are rehearsals, we talk about that how to execute. I enjoy making this a lot because I know how to handle them being I've done soaps with them in the past."

D'Originals will play from Mondays to Fridays right after Legally Blind and before Wowowin on GMA's Afternoon Prime.