It's always a good thing to find worthy endorsers for a phone brand like VIVO. You all know NBA Player Steph Curry right? Well he's got all the stats on the wall, impressed people from the industry since the very beginning and even brought championship together with his team because of his undoubted talent beyond the arc which works like clockwork when he needs to, when he wants to do it,like all the time. These elements are much like why he loves the latest in the V5 line called the VIVO V5 Lite. 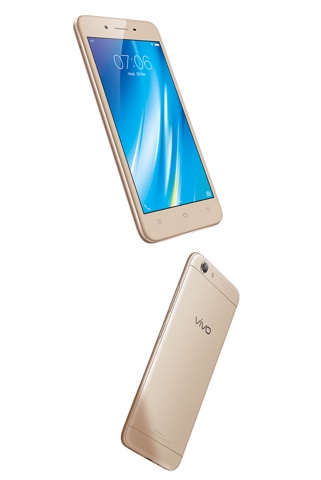 The phone carries a 16 MP Front camera which is special as there might be no competitor as far as specs go in this price range. You'll never have that selfie concerns because as far as the camera goes, you've got one of the best there is. VIVO feels that much like Curry, they've worked so hard to put their phones in the frontline to be one of the leading brands among a multitude of them out there. As a matter of fact, they've managed to land at the 5th spot worldwide according to the latest IDC pronouncements due to their expansion in East and Southeast Asian Region who enjoys a selfie centric culture, perfect for their aptly powered phones... at a great price too.

The V5 Lite also has a 13 MP Back Camera so you're not shortchanged to make those food or landscape shots because it still packs a punch. The Octacore processor, 3GB RAM and 32GB storage all make this a viable phone for thoe who are in a budget but utilize a ton of storage and tons of gaming.

The VIVO V5 Lite is available in major tech stores, shops and malls nationwide! Take it from Stephen Curry, he doesn't become great overnight and worked hard to be where he is. That's also the same principle that VIVO is taking, so while there are great ones out there that cost an arm and a leg, they made a great phone that cost less because they think of YOU. That at least deserves a place in the Top 5 right!?