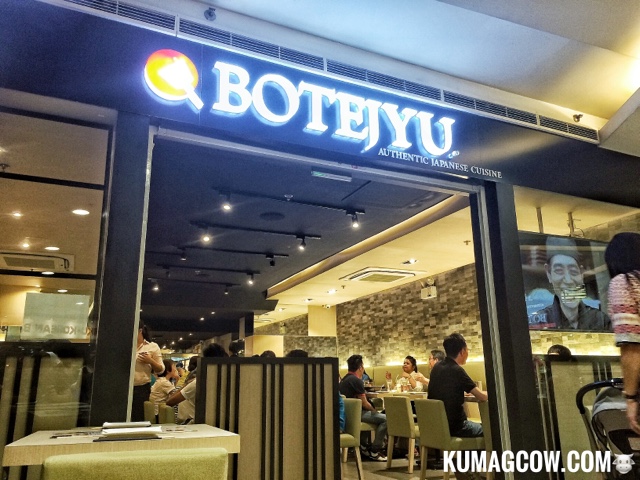 This is not a ramen place but the premise of this restaurant is to serve the best of what Japan has to offer in one place, meaning they put all the famous regional dishes on their menu. I'm alone so I could only eat so much. The place can sit about 60-70 people including outside seating. 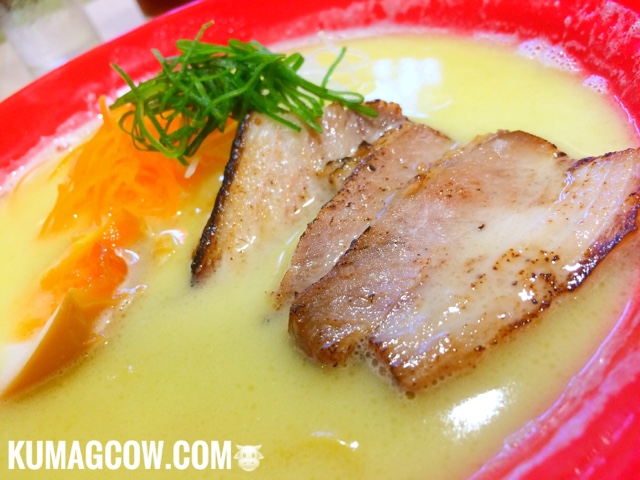 The menu is VERY pricey and the servings are normal sized, so if you're on a budget this isn't the one for you. A normal meal here would need about 500 bucks, more if you plan to eat like a king. 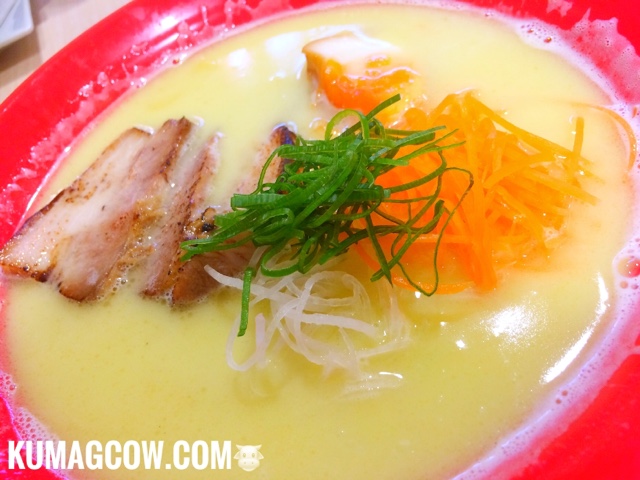 The Ramen I ordered is called Paitan Ramen with Charsiu Pork which hails from the Kyoto region. For me, it was already bordering fusion because Charsiu is already chinese. There were only two varieties and the Chicken was breaded like Tempura so I chose the Pork. It's got a bone based broth, already milky prolly by boiling for hours and had some dried fish hints on the flavor. The pork is prolly boiled then roasted over fire so you also get a little smokey flavor from it but not as sweet as normal HK chinese charsiu. It's a tad salty, but just enough if you want something for a rainy weather like today. 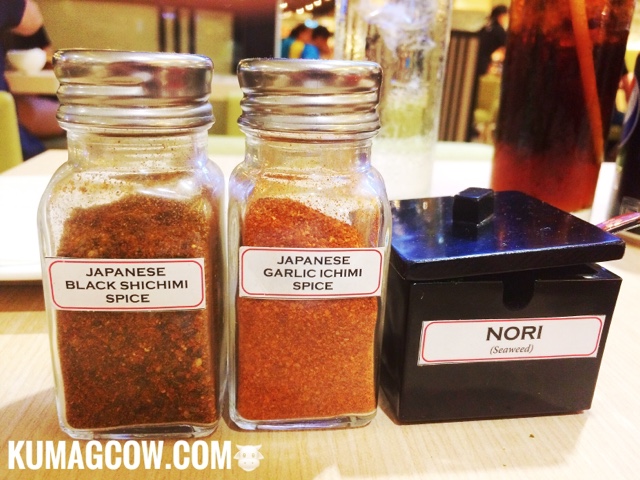 If you want it a tad spicy, they have these Schichimi spices upon request, also some dried NORI which I used and it changed the broth's flavor. I love it more now. I also like the crunchy veggies and tamago added on it.

PS. They don't serve coke but they have Pepsi products and a couple of alcoholic drinks including Asahi Beer.

This would be okay for families who are looking for a Japanese fix but really, it's not for those looking to save a few bucks for lunch or dinner. But the service is superb, as they have people kinda assigned per table. 4/5 Kumags which means it's just alright. Botejyu is at the SM Megamall Atrium, right across the MANGO store.