Behind The Scenes on GMA's Yagit 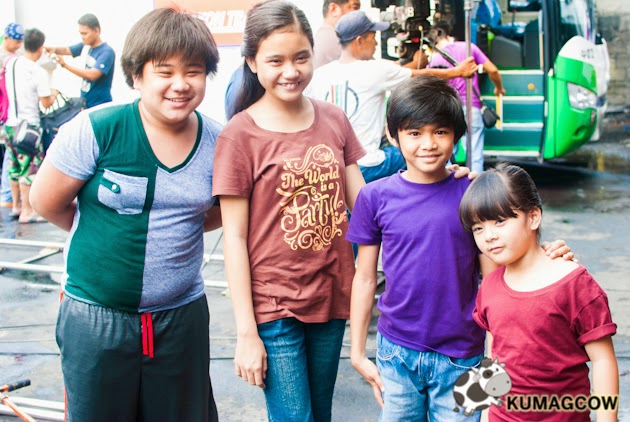 We probably didn't know much of these kids a few months ago but look at them now. We've followed them since the auditions and the final screening, but it seems that they've all got the hang of it. They're real deal Kapuso stars now and with the success of GMA's Yagit, their stars are even shining brighter than ever. Stars Jemuell Ventinilla, Judie Dela Cruz, Zymic Jaranilla and Chlaui Malayao was a joy to be with during our visit. They were a little tired of course and we woke them up from a short nap before this interview. They gladly answered some of our questions. 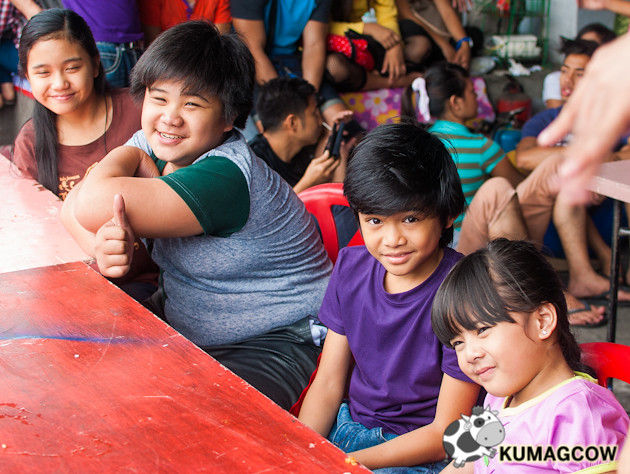 Jemuell wants his character to improve more and he'll have more scenes in the next few months. He wishes to see more of Tomtom's helpfulness and being a good boy. He's not really looking for more because he's got a lot of scenes. He wants people to share more with the less fortunate, more so with people who have all the luxuries in life. If possible he wants to join Bubble Gang or an action film in the future.  Jemuell is also going to regular school so he needs all the help he can get, he knows how hard it is so he's trying his best. 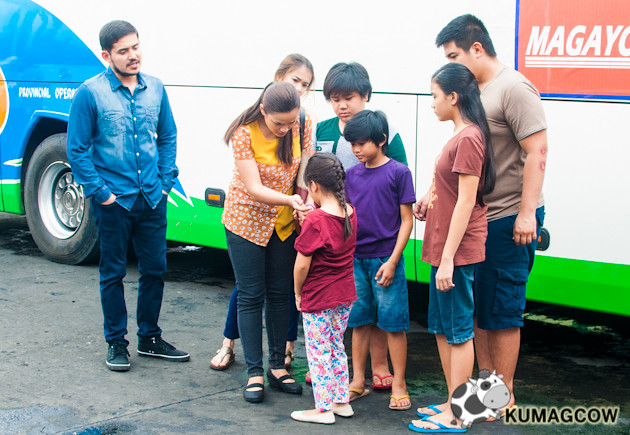 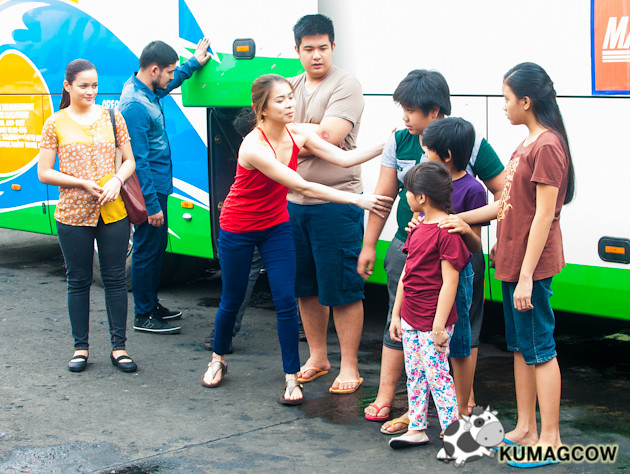 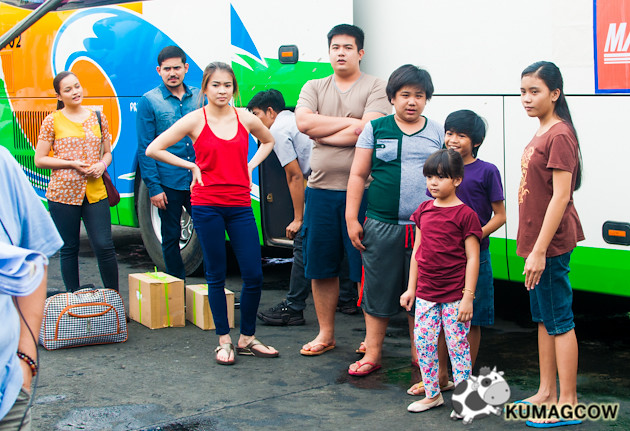 Zymic had his Mom in the series die during a fire, and that meant him being with the other kids more. He also wants more exposure like the other kids, actually, he wants to find another mother for him in the coming days, maybe he'll get Ding to be more interesting. He wants to also get to work with his brother in the future if he's permitted to do so (he's the brother of Zaijan). He also wants kids to pray more and learn from the kids in the show. Zymic also wants to have more time for school because he's a little late when it comes to that, he also has a few special tests because of the nature of his work. 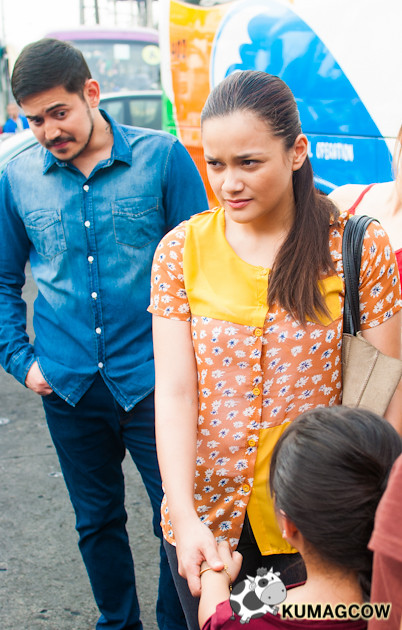 Chlaui takes it easy, she only wants to have the people in the life of Elisa become good. She doesn't fear them in real life but in the story she's always kidnapped or threatened and she hopes everything becomes better with her Mom and Dad. She wants kids to emulate how to respect elders and be god fearing. Judie's character Jocelyn is still a little bossy but she always is the one who corrects most of them when it comes to good manners, a thing she wants all kids should learn even in a very young age. She would also want to play a superhero if she had the chance to have another project. This is her dream she says and if she's having a hard time, it's the lack of sleep that she's more worried about. 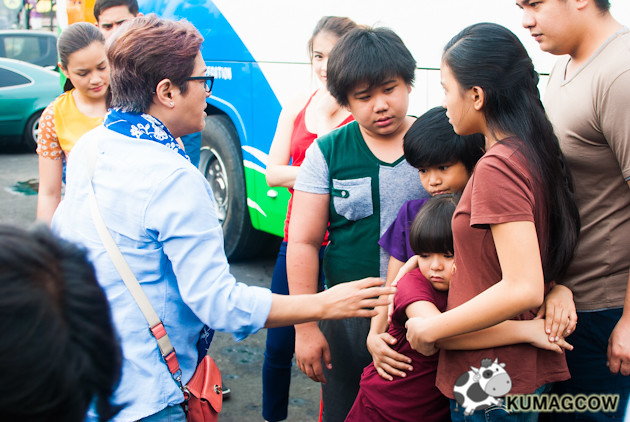 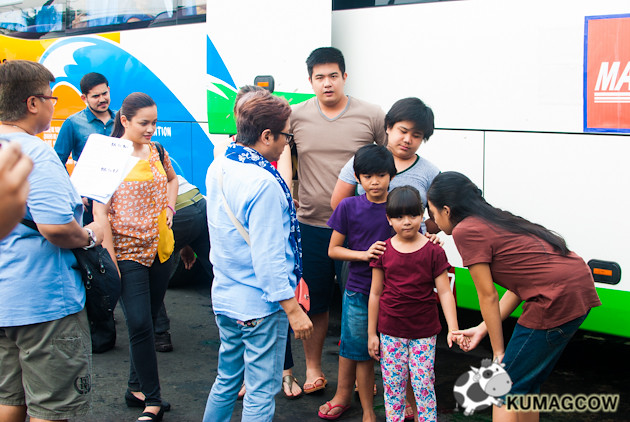 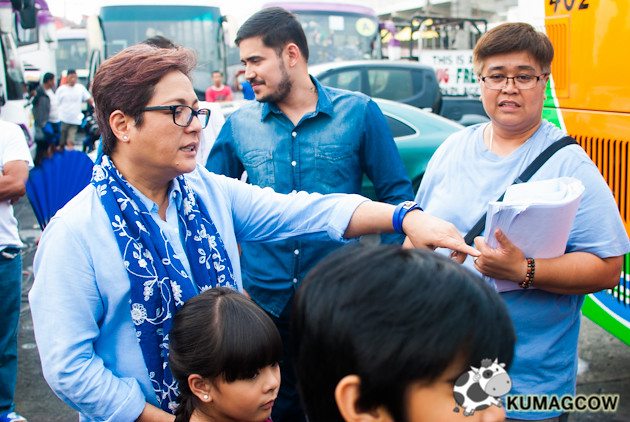 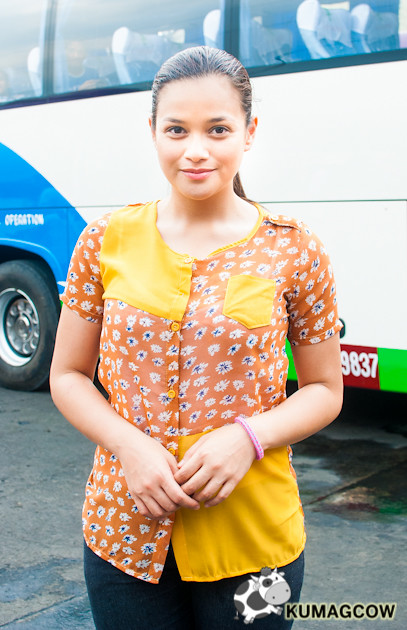 Yasmien was a delight to talk to. She says that the series have been running for 7 months already. She's extremely happy that they've been requested to last that long, possibly extended. She says "Whatever the success of our show is, it's made me extremely happy, it's the success of all. It would reflect on me, the cast, the network and the people behind it who have been working really hard to make this series. Our efforts, it's all made us realize that we're doing something good especially when we hear that the people like our show, and they appreciate it. That part is priceless. You know, the good thing with kids on a show is that they lighten the mood of the set. We all laugh, we tease each other, we joke around a lot like what you've seen earlier. It's not like when there are only adults on set that we always takes things very seriously. In these instances, I feel like we're the ones that turn into kids for most of it and they don't mature, we're the ones who get to become kids with them. That's what is important, we feel all the people we work with, our set is very light. Rating the kids, I'd give the a 10, although they have a lot of things to learn about showbusiness, they're really doing their best and they come prepared when they go to the set. 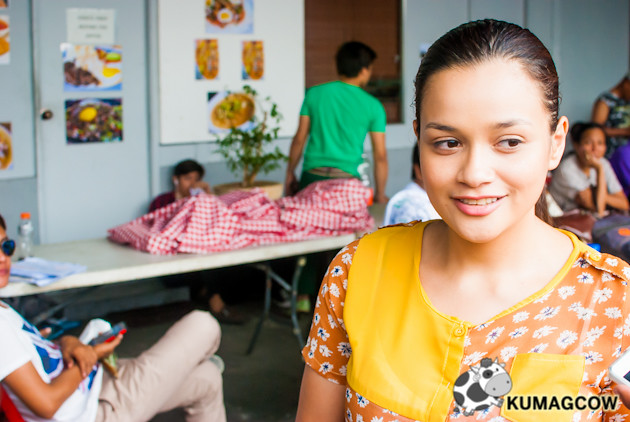 I'd rather not have my kid in show business, because I might want to expose her with the lack of sleep. Maybe commercials would do, where she can take a break when she wants to and less hours. Endorsements have contracts so it's easier. It's the first time she's met my Dad, my husband too. It was a nice experience to be there, to meet my cousins who are in the same age as her. They even taught her a little arabic and it was a totally different experience to be with my family. It's a very happy feeling for them to meet, I couldn't put it into words, I'd cry even just thinking about me, my husband and Ayesha there." 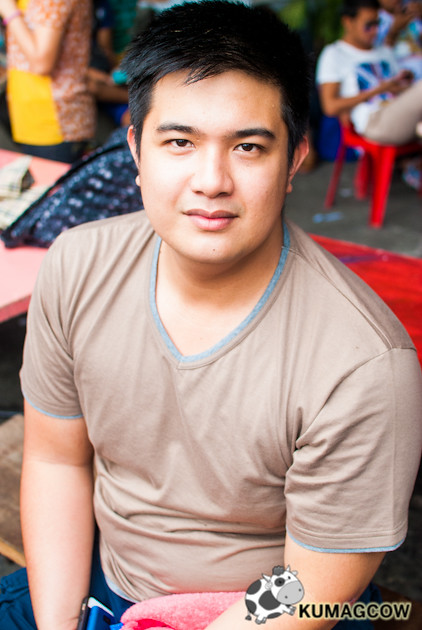 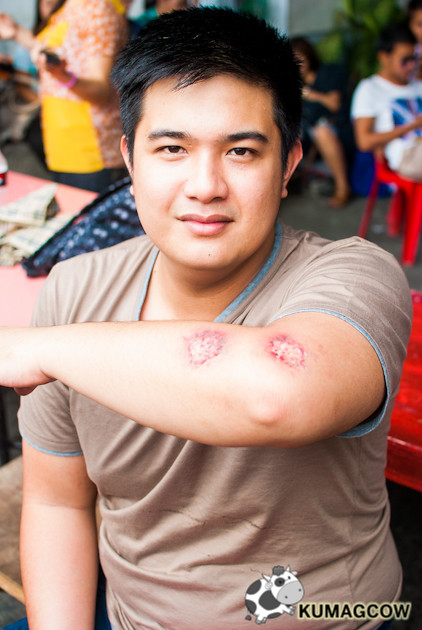 This guy is Kevin Santos. He plays the husband of LJ Reyes' character in the show. He's also the father of the kids who live in the shanties. He's also gotten in and out of prison, he's even got realistic wounds when we visited the set. He says "I'm really super happy because we're going to have a lot of kids to enjoy this. Working with the kids was very fun and you couldn't even consider them newbies now because they work like veterans when they're in the set. They're all my favorites but I do see Chlaui really doing good because of the small things she does, and she's extremely cute at her age. You always say "awwww" so many times even if the scene was simple. I've got a lot of favorite scenes here also, especially when I had to choke a lady, punch a hole in the wall, also the ones with Dolores because I feel she's really like a sister in the series. LJ on the other hand is Super OK! She delivers all the lines well and even our Director is impressed. Direk Gina knows what and how we feel so she does let us do a lot of things when we suggest how to attack the role. It's so light to work in this set because our director makes it a point to be that way." 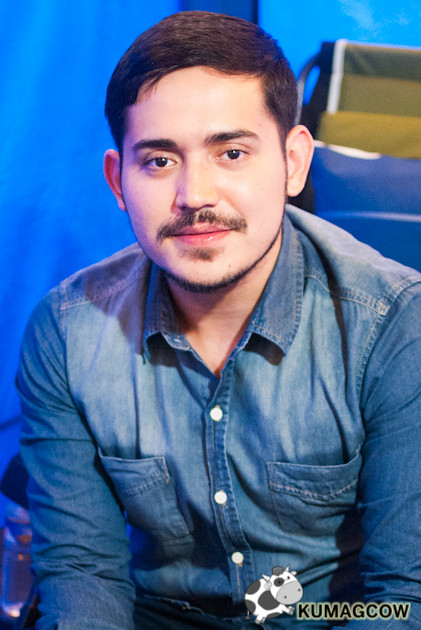 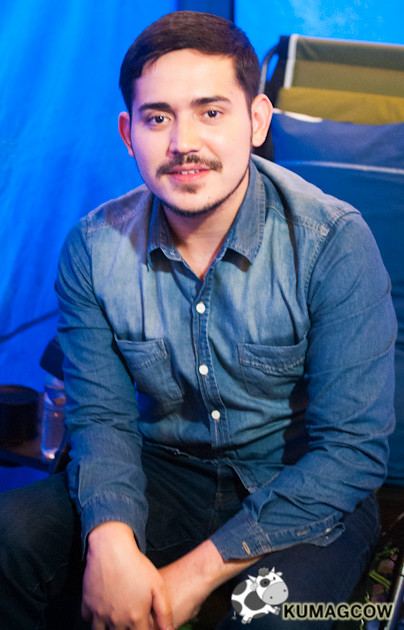 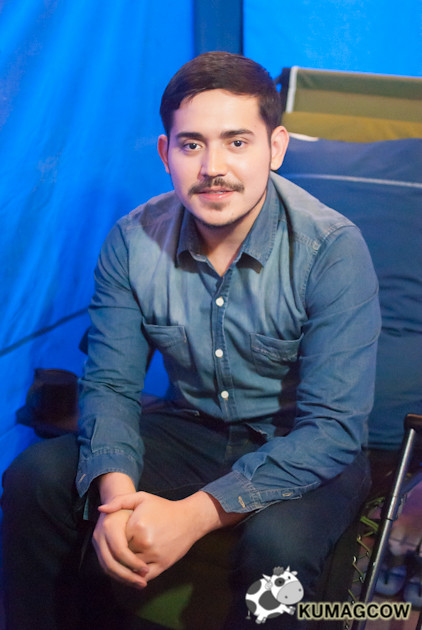 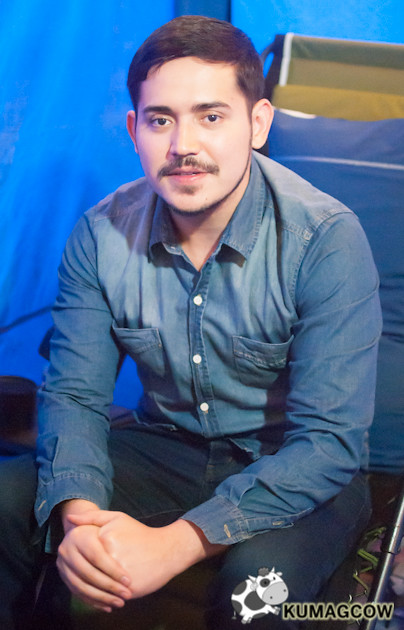 I've never interviewed this guy before, because the last time I saw him in person I think was ages ago. He was a kid back then in the other channel and he's done countless movies and shows since then. He's matured really nicely, landing very nice antagonist characters which he does enjoy too. During out interview he says "I play the role of Rex and I've worked with Director Gina Alajar a long time ago in Villa Quintana. She's the type that will get your acting skills sharpened because she'll never stop teaching. Rex is very evil, he'll probably die soon. Right now he's still in the process of kidnapping Elisa again. The kids are fun, I've been there, I worked really young and experienced that. Oldies like us sometimes bully the kids, but these kids are playing and still so good. Elisa should have been a little afraid of me but I still felt very caring with her in real life. I bet my character is going to die someday because he's not a good one. I'm probably going to start soon with another soap and I might go back here if this gets extended. I've already died here but was still able to go back alive. Yasmien is really good here, and I've seen her before during Starstruck and she matured right before my eyes. My other show might start today and show perhaps May with Marian, Glaiza, Luis, Al Tantay, and me. Most probably I'll be evil again but it's not an action flick. I'm going to be Marian's suitor. I enjoy doing it, I don't believe in typecasting, I believe I'm doing justice. I do Bubble Gang every Friday and Magpakailanman sometimes so that makes it a little bearable. I hope I could do something good after that series, I'm really looking forward to it!" 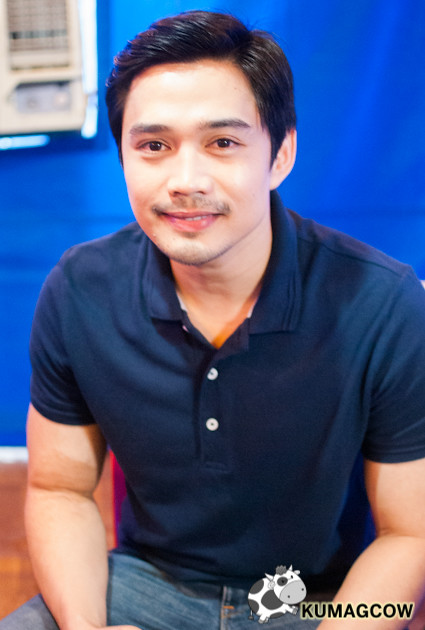 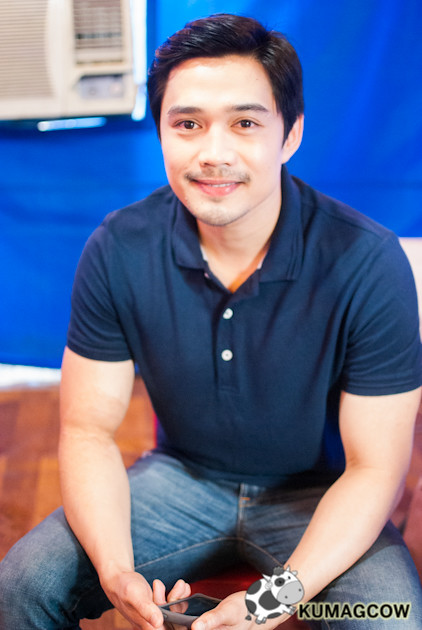 James Blanco plays the role of Victor Guison. He's the biological father of Elisa and the old boyfriend of Dolores. He's a bit of a Mama's boy and couldn't really decide for himself. James was happy to hear Yagit is very successful. It's like he's not really working, but there are a lot of twists not just on the story of Victor and Elisa, or the relationship of Victor and Dolores. Sometimes he feels his character is so weak, he doesn't have power to love or decide on his own. It's always the rich kid which he plays. This is the second time she has worked with Bettina and he sees she has really matured. It's easy to work with her, and they don't have any qualms. They feel like they're husband and wife without hesitation when its needed in the scene. She'll give you what you need in every scene. Among the kids, he says Chlauie also improved a lot than when they started and he mentions there's a lot of things that she has polished even at a young age. She's also very professional because she comes to the set ready just like the rest of them.

James says "Direk Gina is very cool and makes the set very happy. It's her motto. She keeps it that way even if she's so upset, it only happens on that instant and when we have another thing to do it ends there. The kids also can absorb, they have coaches and can do scenes quite easy because they practice a lot. I hope my character becomes firm soon, I hope he gets some more depth. I hope to have more projects soon, I want it one at a time so I can focus. I don't want to leave characters behind so I want it that way. I'll miss this show if it ends because our bonds are tight, we're like long time friends because we eat and celebrate things even if there's no occasion. If you get problems here, you'll only have that with yourself because you won't see any set like this I can say. I hope my character matures, I hope he can decide for himself and with the few months we're doing this I hope he can make all the right decisions as he's not really getting any younger. He's also got a child to take care of and that should at least count, to have some place to start."