I've been a fan of Filipino painters since I could remember. The passion that is put to work in every piece has been evident every time I see them do it in water color, oil, charcoal or mixed media. We've even got history to prove it. In a small country as ours, we're so rich in this department and I have never been able to put my finger what sets us apart, or do we even have to do that. 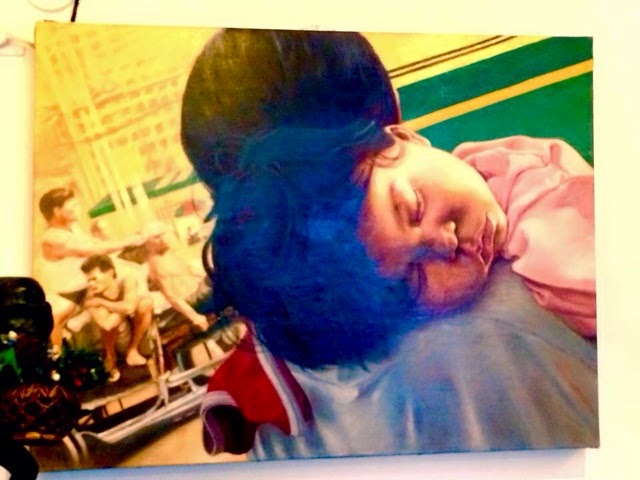 My neighborhood is also as colorful. Networks are a few minutes walk, old artisan outlets are still abound, the new ones even carry a pack. I visited one of them a few days ago in Kamias Road in Quezon City. It's called Caballete Artists Gallery. 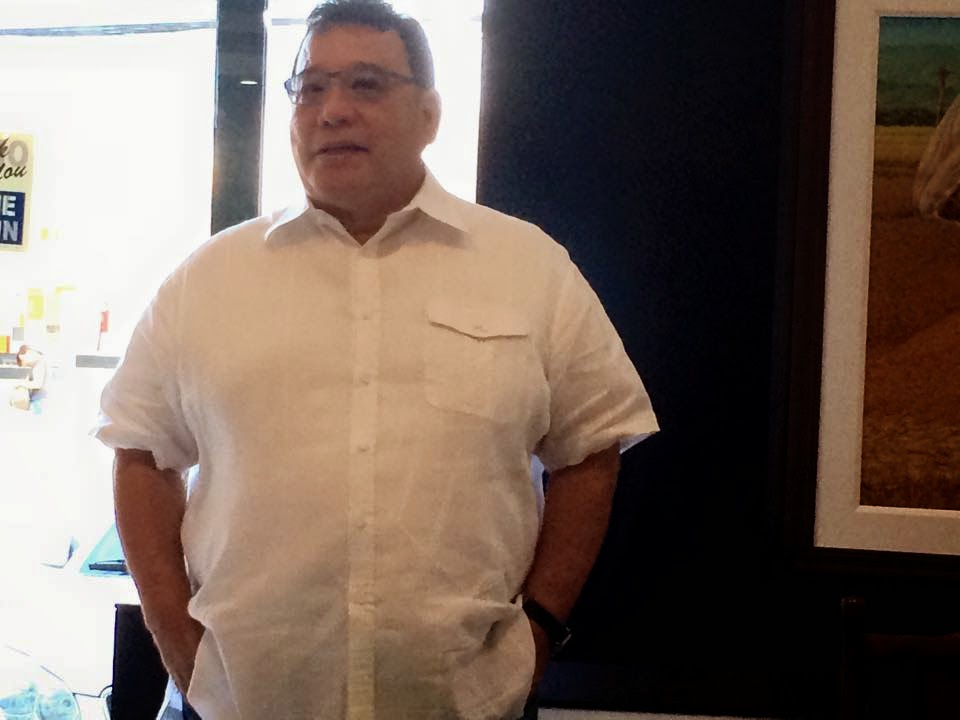 This event is sort of a re-launch. We were welcomed by a very well versed man named Ramon Araullo, this is his very own. He's a stock broker by trade but is a fine collector of art. Some of the pieces here are part of his collection. He explained to us how he treats what he has right now, some of which are priceless and wouldn't even think of selling off soon. For him, most of his paintings are actually an investment. He's bought some of it a long time ago and saw some of it appreciate over the years. He even says it made him survive the most difficult times of his life. He sold some of it during the Asian financial crisis. The place has got Duldulao's, Tony and Joel Mahilum, Angel Cacnio, the works of Ang Kiukok, Manansala and a lot of other national artists. The dream - is to actually have a place to showcase art by Filipino artists in a venue which you can say is - neutral ground. Caballete is the Spanish term for easel which artists use to put their canvass in. Like it, he would want it to be a cradle for Filipino art, for artists - of different generations.

He attributes putting up the gallery on his passion to collect art pieces, his eye in spotting a good one, of which happened since the late 80's. He worked then in Makati, the art trade scene was booming in Greenhills' "Allegria", a gallery that houses art pieces that he got on a lay away basis. He took time to go there right after trading time because he loved them all so much. He also thought about what pieces he could have as investment. He got more, pretty much until he had no walls left to hang them. Some of them could later on sold as much as 10 times of its original price. He thought of retiring and do this on a regular basis. The location might feel off to some and prefer some place like a mall. People don't know though how much overhead cost it would have and pass it on to collectors later on. It'll be better to put the artists on the pedestal rather than the middle men. He doesn't believe there's justice in doing that and make the artist poor. They now are making art more accessible in some way because it'll be very easy to purchase pieces without getting overpriced. 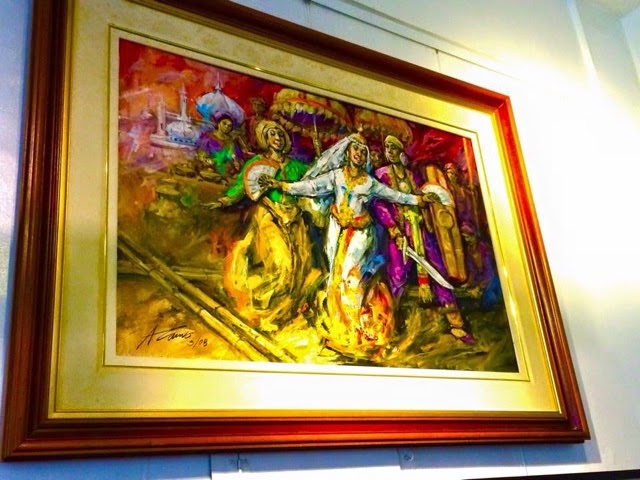 Another thing is, they want to make it a place for people to grow interest in art by having workshops taught by the masters themselves later on too. Whatever medium, not a formal school, just to spend time here and drawing your own masterpieces by the best people who can do it. This is in the pipeline and probably be done during Fridays. They'll also invite musicians so people would get more inspired. Hopefully the community wouldn't be just known for spare parts and spa's later on. This is his hope. 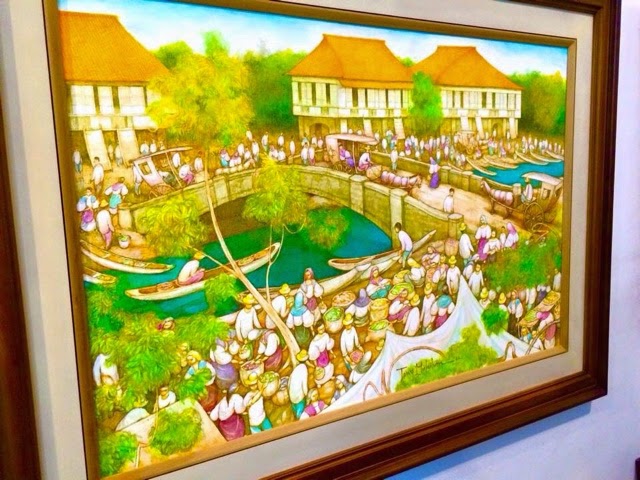 The gallery also houses some really good artwork from Filipinos based elsewhere, Australia, France, US, of which he finds really good ones too. There are real up and coming artists in the Philippines too that he is starting to invest on as well, if you're going to have something to save up on and thinking of art pieces to be your medium rather than buying stocks, it'll feel good because you can appreciate it rather than just looking at numbers.


Part of his goal is eventually also featuring shows in the future. If you want to learn about it and start your own collection, you can probably visit the place and start now. Be patient too and look it up, read, make your own judgement which you see would be a good thing to have in the future. Something that you might haven't seen, felt a connection with or heard before might be the next artistic genius. The time to get their work would be now, and perhaps you too would get to piece together your own puzzle. You need to build your own collection and see how it'll appreciate and go after a few years. Come visit them at 111-A Kamias Street Barangay Malaya 4 in Quezon City. They are just in front of a Shell Gasoline Station perpendicular to Kasingkasing across the street. Almost 5 blocks away from Edsa, Manila's main thoroughfare.

For more information about their pieces:

http://www.Facebook.com/CaballeteArtistsGallery
Posted by John Bueno at 1:47 AM