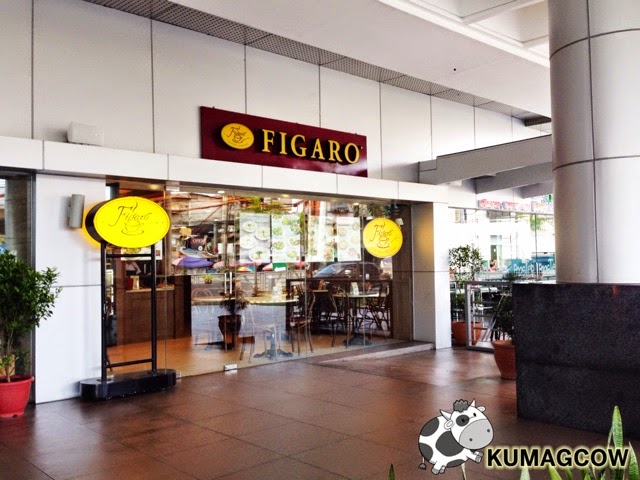 Ventured out in Delos Santos Medical Center, a hospital located at E. Rodriguez Sr. Boulevard in Quezon City. On it's Medical Arts Building, there's a new Figaro branch that opened just recently. This March 9, they opened up shop on the building's ground floor. I think I have a place to hang out now aside from the Figaro Tomas Morato branch I frequent to. This is officially their Figaro Delos Santos Branch, instead of hogging the place for myself, here I go again generously sharing this with you!

The place can sit around 30 people at a time and has got very few foot traffic. Current clientele consists only of Doctors, Nurses, Patients (yes I saw some of them walked in!) and their families. 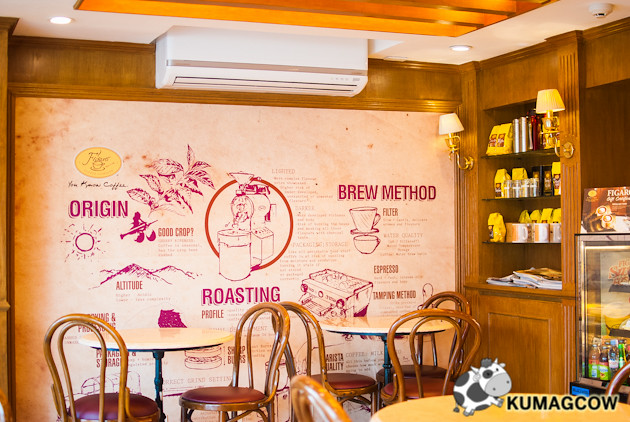 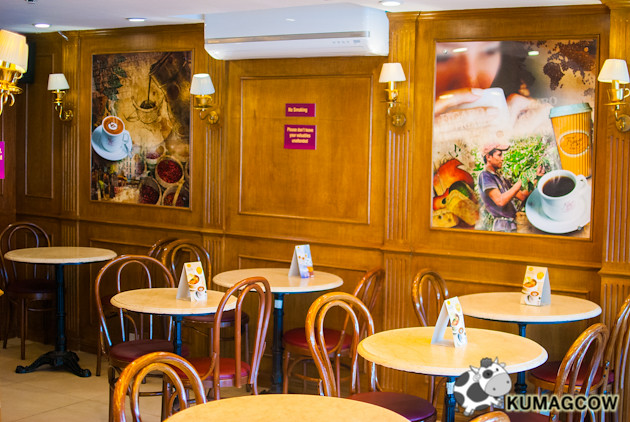 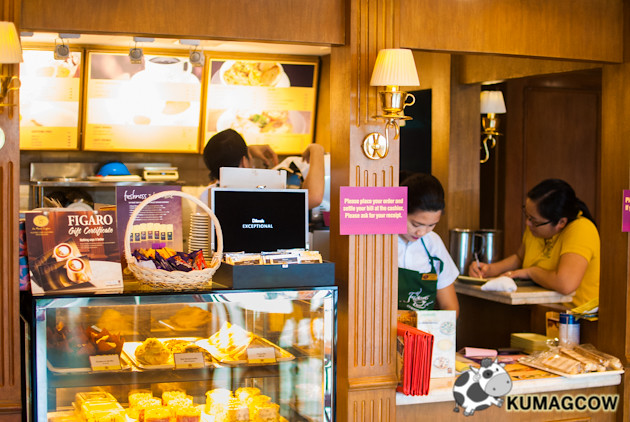 The place is very cozy, it's got very nice air conditioning that could shelter you from the hot afternoon sun. The place is secured because there are tons of security guards from the building. As for service, they would gladly welcome each customer to their establishment once they enter the door. Don't panic if they sound kinda repetitive because I think they have standardized the "Good Afternoon Sir/Ma'am, Welcome to Figaro!" line. I got myself ready for what's up next!

Figaro has tons of food to choose from. They've got cakes, pastries, pastas, but today I was opting for something light - so I asked them what's new from the counter and they had these awesome sandwiches ready to be taken out. They call em "TO GO Sandwiches" and I checked out this lot! 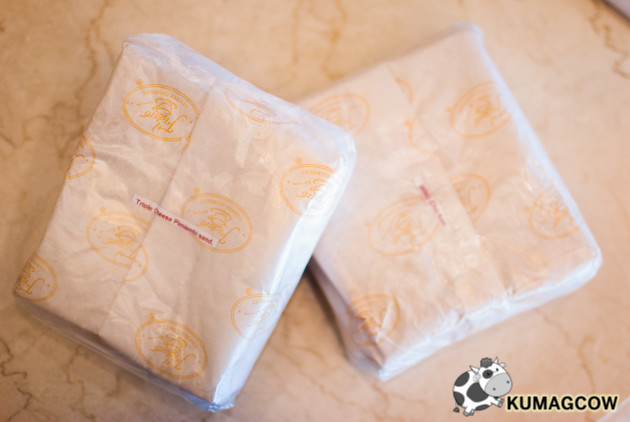 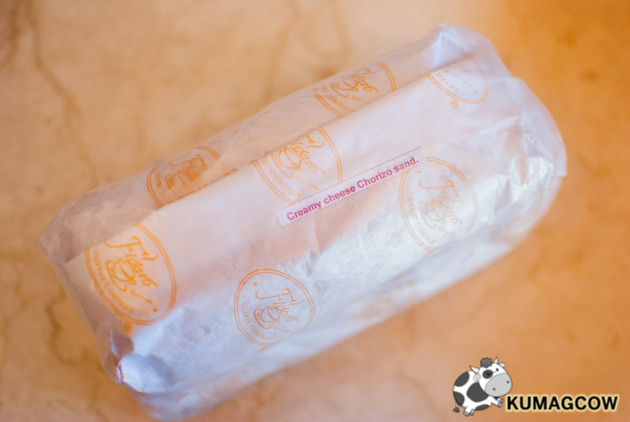 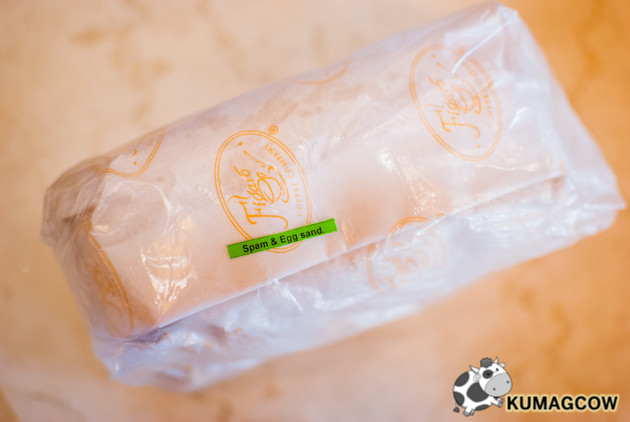 They designed these sandwiches so it'll be easier to carry out as it's prepared in advanced. You can ask them to heat it up, wrap it up again or maybe buy it off the shelf and take into your offices and heat it up in the pantry. I'm sure everyone has got microwave ovens or toasters these days! 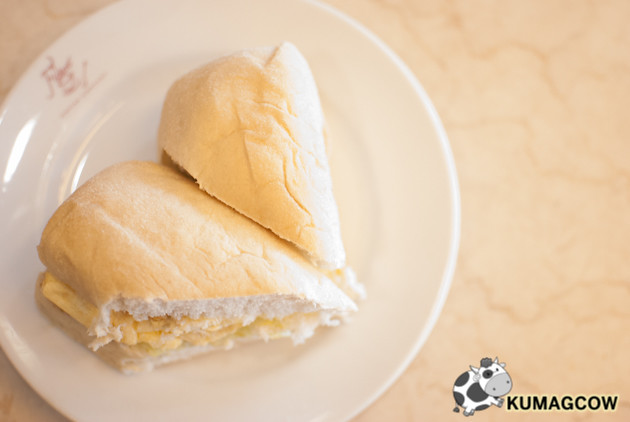 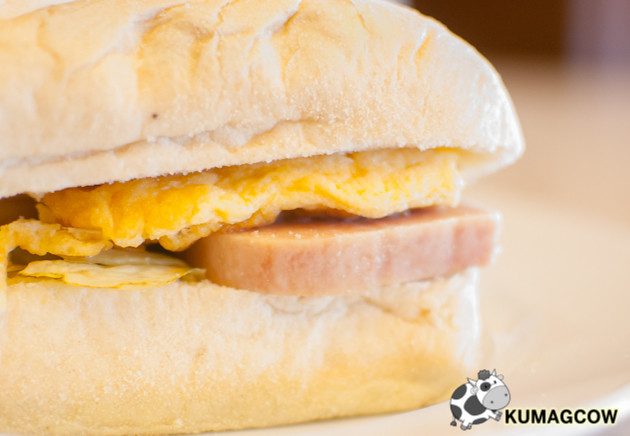 This is their Spam and Egg Sandwich. It's simple, like in Hawaii, it's good, like breakfast all day. It's not like those expensive sandwiches you purchase off that other popular coffee shop. At Php 70, it's not way overpriced. These are gourmet sandwiches and prepared quite nicely. I liked mine a little toasty and they've got griddles inside the store to make paninis in, I suggest you ask them to toast it there instead of the oven. You can thank me later. 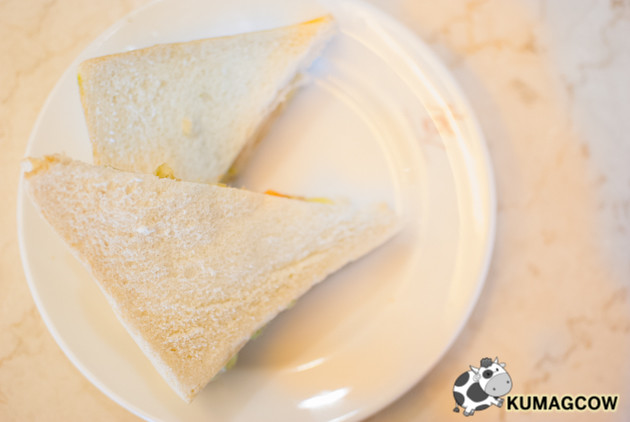 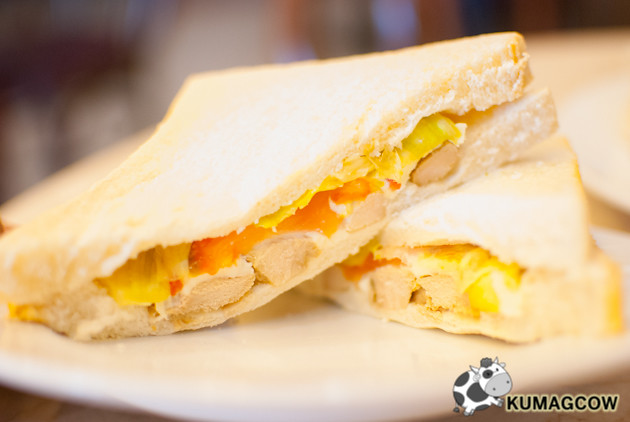 This one's their Barbecue Chicken Sandwich. It's like BLT but with chicken breast fillets (no bacon was harmed during this commercial) that are lightly grilled, then put on rye. This actually has a little mayo on it but it's not overpowering, so feel free to indulge. It's very filling and if you need protein in your diet, this would be something that I suggest you have. I think you can also have it cold because I don't think it would make sense if the veggies inside would be hot as its selling point is the crisp things it comes with. 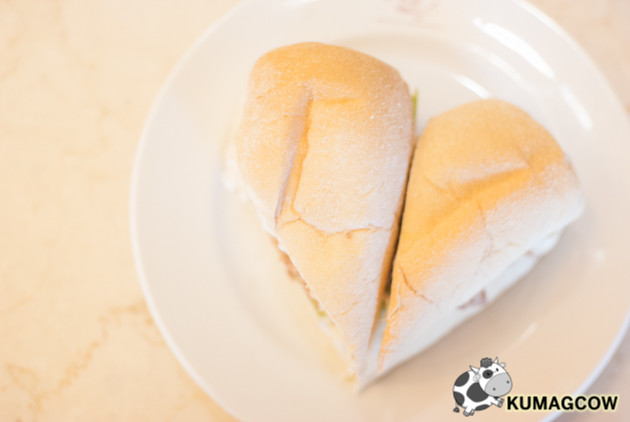 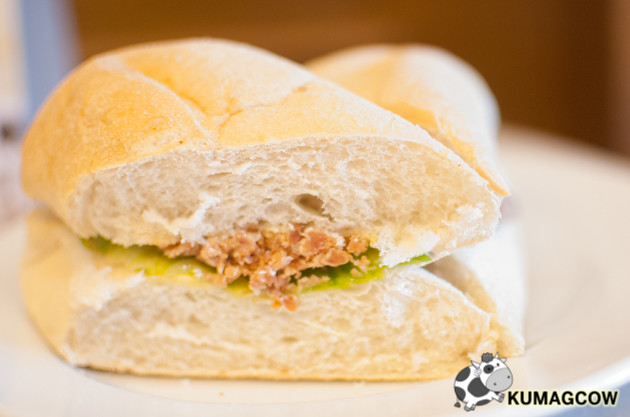 I super duper love the way they served my sandwiches to look like they're little hearts on a plate. If you want something more savory, then get this Creamy Cheese Chorizo Sandwich. The smoky slices of meat, chopped up and put on this bun with a little dressing plus a few leaves of iceberg lettuce is just divine. You get your tummies full in no time. If you're kinda avoiding rice and still want something that would feed your muscles, you get your protein fix from the meat in these healthy sandwiches. I must say, we meat lovers tend to have nicer skin than vegetarians, but don't quote me on that haha! (my honest observation) 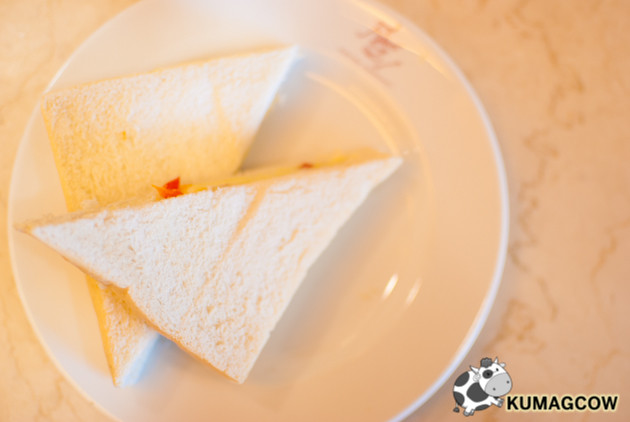 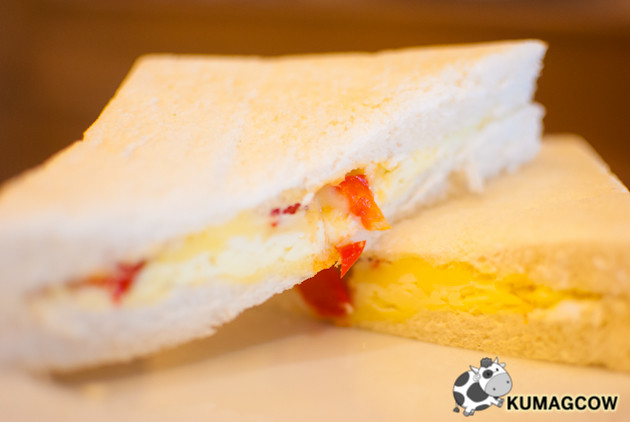 If you're a cheese monster like me, make sure you try Figaro's very own Triple Cheese Pimiento Sandwich. It's a mix of Cheddar, Mozzarella, and Pizza Cheese. It's quite tasty and judging from the looks of it, it would be something that kids would definitely like.


Since it's summer, I think it's time you get to try Figaro's very own Figaro Frappe line. If it's hot outside and you feel you should extinguish that with something cold, never go out of the store without trying these! 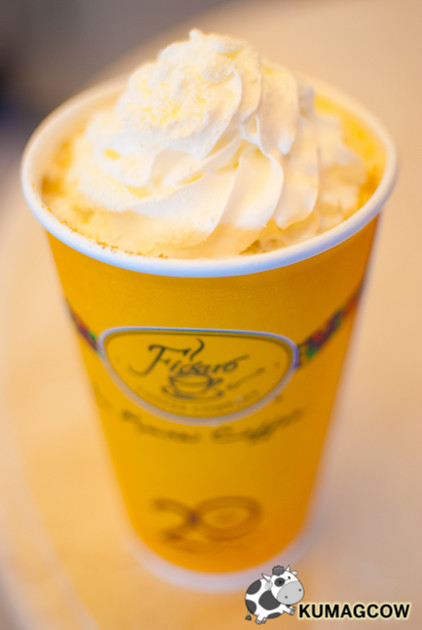 This is Figaro's White Chocolate Mocha. I was surprised because when I tasted them, not one of them is too sweet. I felt safe and I don't think I'd be having diabetes the next day. You can still taste the light white chocolate flavor of the drink plus a hint of mocha as an aftertaste. I think this would be good for those who want to take things lightly as I didn't feel sugar high afterwards. I get crazy when I get to that state. 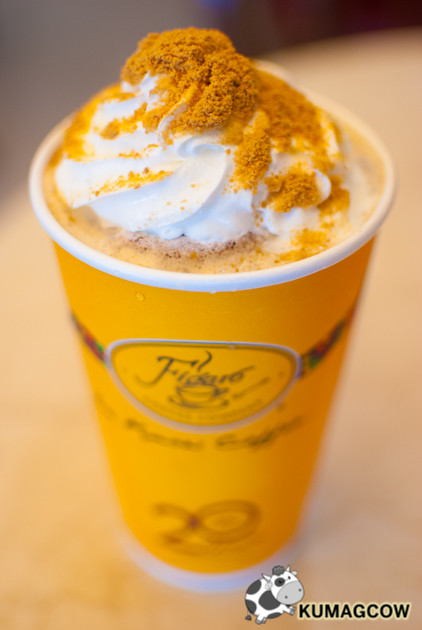 This is their Figaroccino Caramel Chips. I don't know what they put on top but I think it's like shaved graham crackers. Again, it's not too sweet. I think they got the hang of just putting the right amount of sugar in every beverage, which is a cool thing because you don't have to instruct them anymore on how you want your drink to be. If you wish to have something additional, they would gladly oblige and do it for you. The caramel I think is just in the background, it doesn't super impose on you in every sip. 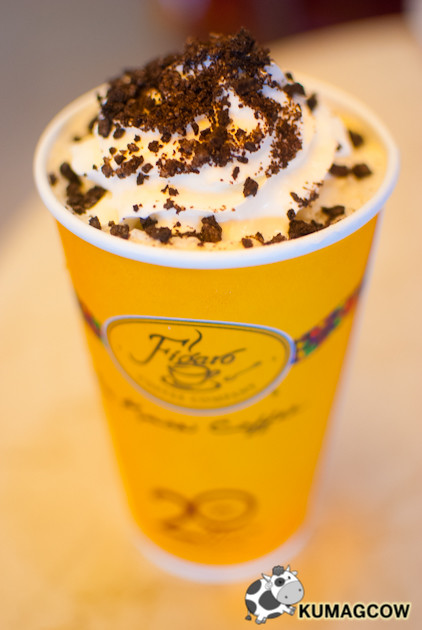 I guess this is their piece de resistance, they call it Figaroccino Cookie Crumble. As the name suggests, this is their drink with real deal cookies and cream. The cookie they use is also real deal (I must repeat) Oreo so you don't lack in the taste department. I have to say again, this is not too sweet. Whoever formulated these drinks must have gotten really serious about not making each one of them go overboard because they know they are gunning for a larger market. They're well researched I bet. 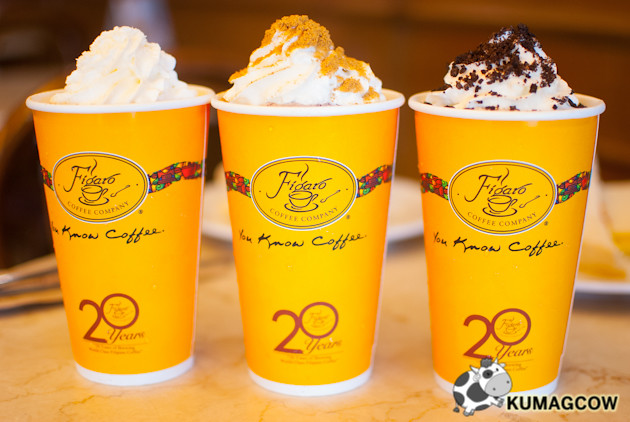 Now there's more reason to visit Figaro. They've opened their Figaro Delos Santos branch so they could cater to people from Manila, Quezon City and nearby areas. I suggest you take advantage of their promo called "Celebrate With Us!" which is available solely for this branch. For every purchase Php 300 worth of coffee and other products, you can take Php 100.00 off it. You must purchase regular items though and it cannot be used in conjunction with any other promo or discount. It will only run from March 7 to April 6, 2015 (which is like next week!). So if you're craving for coffee, pastas, the best gourmet sandwiches that you can just grab and go, make sure you visit the new Fiagro Delos Santos in E. Rodriguez Sr. Avenue, Quezon City. It's right before the intersection of Araneta Avenue and right at the hospital grounds so you won't miss it. If you know coffee, you should know there's always a Figaro branch near you!


P.S.: They'll be also offering Lenten Meals that mostly comprise fish on their menu. If you're a little devout, that's the best thing they have inside the store starting tomorrow. Thank you so much to the good people at Figaro Delos Santos branch who made the few hours of my stay here quite nice. I'll be back of course!