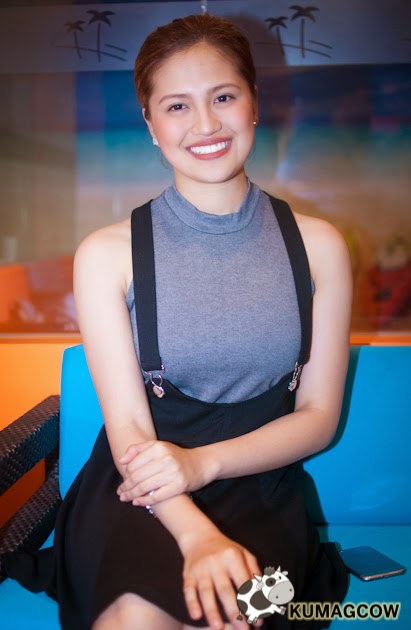 Super duper gorgeous Julie Ann San Jose was within our midst a few days ago. She just came from a DAYOFF episode taping and was extremely running on adrenaline during this event. She also won in MYX Music Awards which happened a few days ago but was unable to get her trophy. She had commitments that same evening and had to leave early, so we did the next best thing and asked her to do an acceptance speech for winning the Favorite Mellow Video for the single Right Where You Belong. Here's the rest of our interview!


She knows what she's doing and so confident, her music career is still in the green and flourishing so she's got nothing to worry about. You might have also heard in the video interview that she's launching a new single called "Kung Maibabalik Ko Lang" which is a revival from a previous group/band in the late 80's to early 90's (not the one from Regine). It was also used for the Koreanovela "Future's Choice". It felt hopeful, romantic, to go back and look for love again. I know what you're thinking, haha! 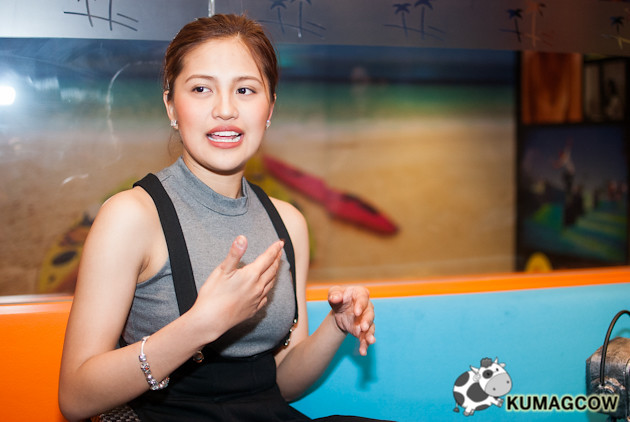 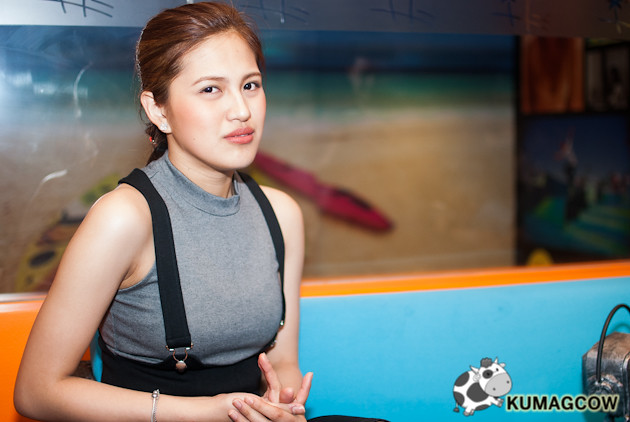 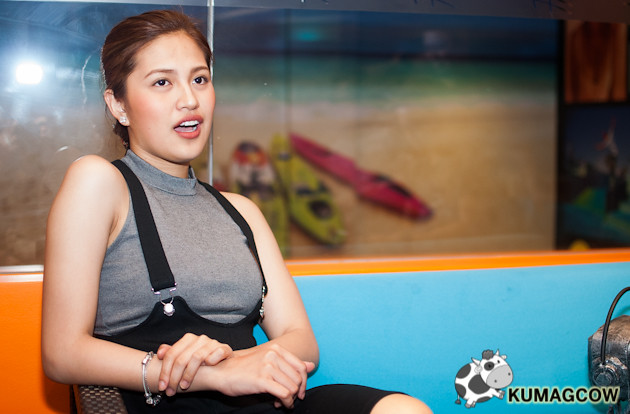 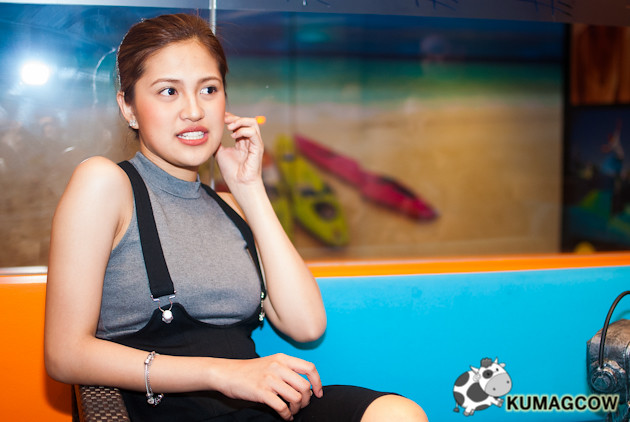 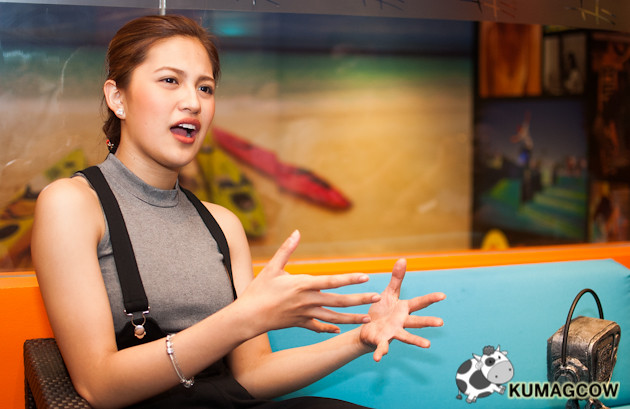 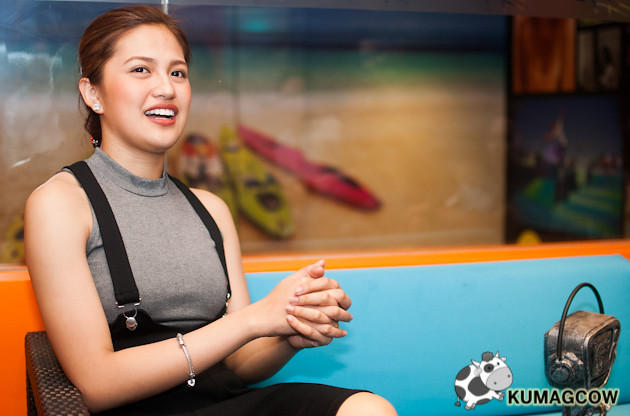 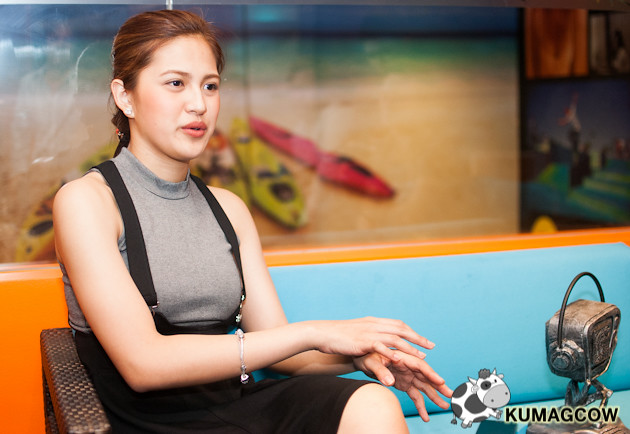 Julie Ann San Jose started telling stories about the DAYOFF episodes she's also doing. "The process of getting Tuba is super hard. We had support, we had professionals to do harnesses and heights, plus an ambulance nearby which people should wait for because it'll show on April. The first one was with the Coast Guards and I had semi training on how to be one. I was scared of the water, especially because it's Manila bay, the oil, the waste water, I was scared. Then we had to do rescue sequences and had to flip life boats, it's not as simple as I thought it was going to be. I had to jump 20 feet from the sheep and clean the ship's sides. I was with Ate Mae Bautista and that helped a lot.

The second episode though was a little easy because I just had to cook and sell banana cue. Although I'm always getting wounds from these episodes, I felt these are real battle scars. I have one for every province we went to I think. The third one was a little icky because we had to roam around and collect KB (Kanin Baboy or food for pigs), we had to feed them, we had to clean cages, I wasn't so happy. Especially the part where we had to sell them off after taking care of them for quite some time.

The fourth episode was in Prince David in Ateneo, that's a 20 storey building and we had to put stickers on it and do it manually. Like a swing, one step and you're gonna fall. The gondola wasn't as easy as I thought, I was safe because of all the harness but think about the whole ordeal when the thing had 4 people on it plus Ate Mae with me. The men who pulled us up wasn't as healthy looking too, but I'm so glad I survived that! There's also an eel episode (igat) which are usually pests, it's so slimy and I didn't like that at all. I got stuck at that challenge because of all that slime, like giant worms. I'd rather have snakes than that. It's good that they don't bite and they live in muddy waters. Although they were already electrocuted, it was still hard, so think of the regular people doing this on a daily basis, they need this to survive. I also don't want to get penalized but I fell a lot in the mud later on because I didn't do well during the whole episode. You should all watch out for that soon because I will do more of it this year!"


As for plan for another concert, she says YES there will be another one. She plans to do it in Araneta Coliseum and hopes her fans, her friends would support her just like the last one. She's a strong woman and she'll be coming out with more single soon from her album DEEPER which is still out on stores, music stations, record bars too! Follow GMA Artist Center's social media channels to get updates on when the concert will happen, it's going to be this year she hopes!

http://gmanetwork.com/artistcenter
Posted by John Bueno at 9:26 AM