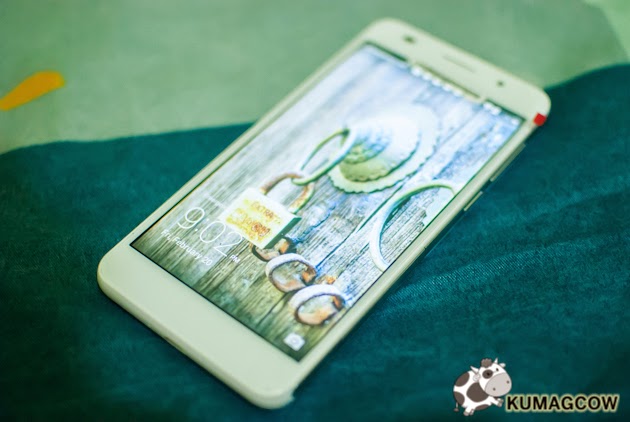 Let's get one thing out in the open first. I'm admittedly and Apple fan boy. Yes you can call me names and still, I would probably go to phones that are still in the same line when asked to switch by others. I've gone through countless Android phones and sometimes I use it for a long time and just switch back to either iPhone 5 or 5S when I get totally dazed with it. When I got the chance to experience this new phone, I was a skeptic. I totally was still lugging around my other phones because I was worried it wasn't going to be capable of  doing my daily tasks being very engulfed in social media, plus countless emails to reply and send all throughout the day (as I know I'd end up using separate apps, and it might become a nightmare).

I can tell you right now, the Huawei Honor 6 totally changed my mind. 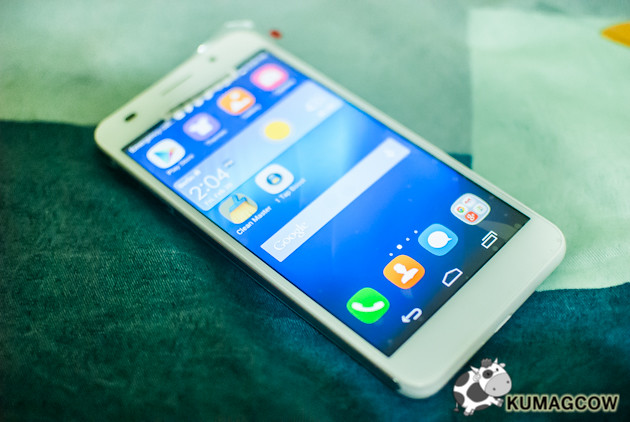 I totally despised Android because of the manner you purchase apps and how each of them useless ones looked on same OS'd phones. The plastic ones had terrible reaction times too in each normal swipe; when in fact you can actually get a lot done in iPhones in a couple of mili-seconds.

Now, don't get me wrong, I usually am impressed with the wonderful specs, video and image capabilities of some phones out there in the market, who'll say they're all this and that. But really, I'm just after a phone that works as promised, delivers the quality I need and if it does exceed my expectations. It's a bonus when I do find something that at least works as advertised. Before I had this one, I was still looking for something that could at least be at par with all the nicest things that the iPhone has - but wouldn't make me need to lose an arm and a leg/kidney to have it. The Honor 6 at first glance would have made me furious since I know it's Android but I gave it a shot and used it to even cover some of the events I go to.

Oh, and oh boy I'm so totally thankful I did that! 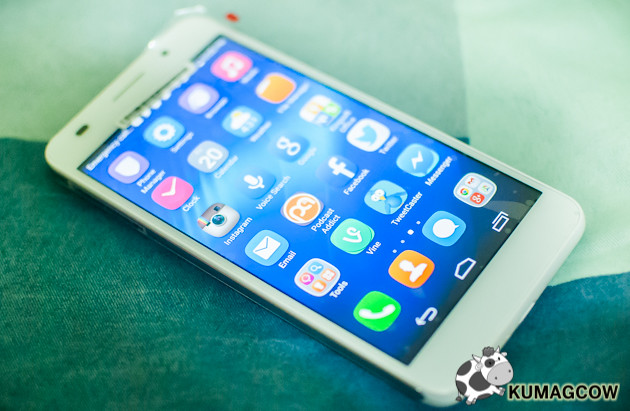 I always try to get a feel of the interface and with the tons of Android units I've held in  my hand, this is the only one that got me hooked as far as the display, interface and environment goes. It felt pretty much like a huge phone (at 5.5 x 2.74 x 0.3 inches) that I'd love and I haven't even used the whole thing. This would be perfect for guys especially those with huge hands and women too if they fancy something that's almost a phablet. The look of the phone? Well, let's just say when I do carry it around with me, people do mistake it to be an iPhone6. When I tell them what it is, I'm surprised most of them already knew it and say they've been looking for it in online stores as it seems to have been sold out already.

The Honor 6 is crisp and clear at 5 inches, 1080 x 1920 resolution using an IPS LCD capacitive screen. I was so glad about the usual menu, back and cascade options were in screen too and not part of the phone's exterior body (as other manufacturers do). It wasn't so obvious looking as well and turns its lights off when hibernating to lock. 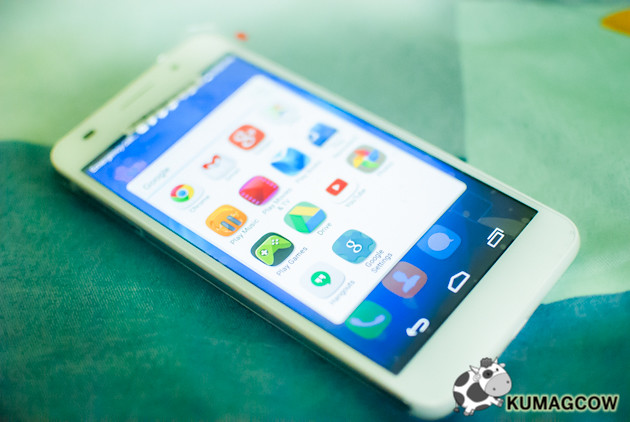 Organizing is a cinch as well because it's got Android Kitkat v4.4.2 OS right off the bat. I can even say that I've been journeying around Manila taking photos from the 13 MP camera and I'm very impressed with the quality of shots I'm getting from it even in low light situations. It's got a 5 MP front cam though so you can still take decent selfies if that's going to be a problem. The thing also has got 4128 x 3096 pixels, auto-focus and dual LED flash so it can still take you and you're friends photos if you're always out and painting the town red. The 1080p video capability would be all so good if you have video interviews and just plainly capturing the moment and planning to upload it online. I'd be happy to do so even if this phone has got 16GB internal storage, I still feel it's a steal at new price points I've been hearing recently. The build of the outer metal frame, the front Gorilla Glass 3 screen and faux plastic glass in the back still makes it look and feel pretty expensive (even if this is mid range priced to start with). 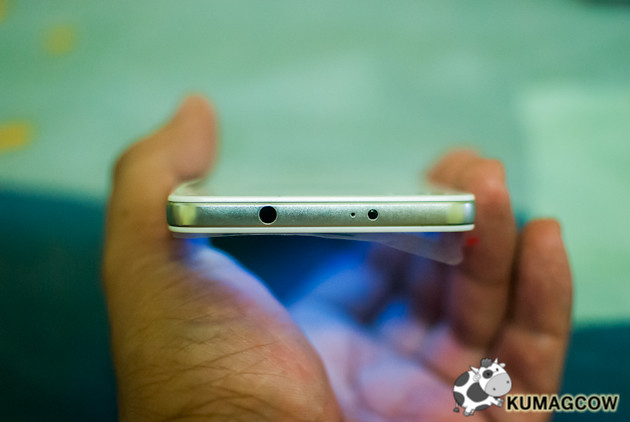 Without a network in the first few days I had this, I only used wifi to get to the Internet and I think the phone lasted me like 3 days, plus more juice later on for my podcasts. I can say this is a pretty good phone with a very impressive battery life. The speaker in the back though is meant to probably bounce off flat surfaces so you can get at least optimum volume off of it. You've also got the usual 3.5mm jack and an added IR on this side of the phone. Although from tests I've seen there's not much IR remote apps intended specifically for it yet. We might need to get Huawei's help on that. Though still, at this very clear screen, the money you would have probably shelled out for one iPhone can get you three of these with an even better screen display. 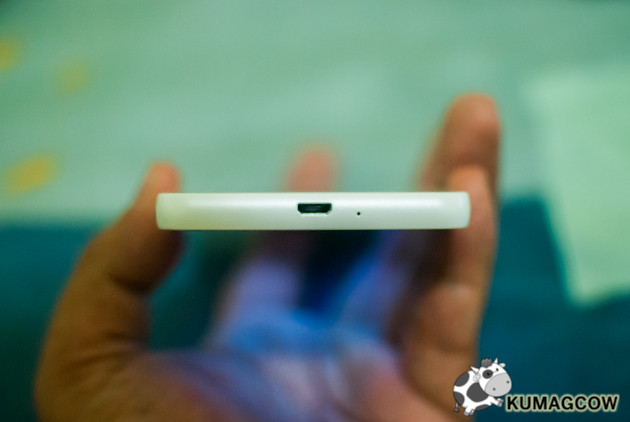 It also has the usual USB ports on it so charging, even if they're from other phones may conveniently work with it. You can even use the ones you can connect to laptops and still, get it charged without a hassle. 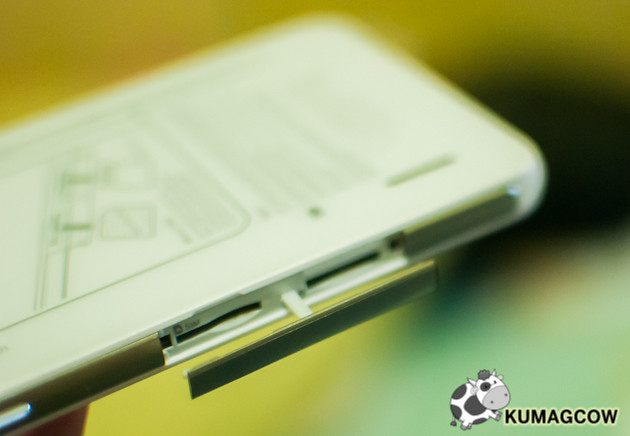 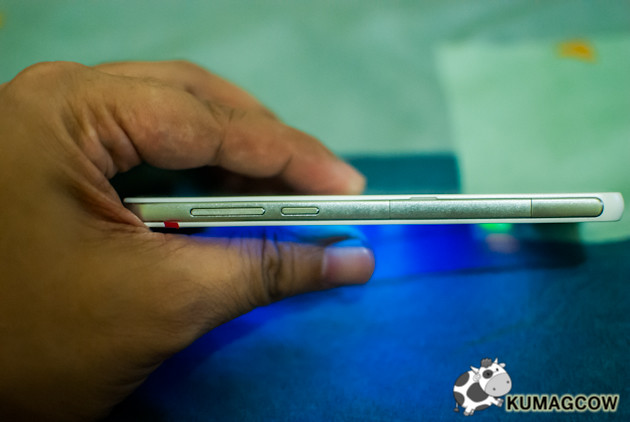 The Micro SD and Sim slots are all tucked away in this flap that you can put back once everything's in place. You can use a 64GB card with ease. You already have 16GB internally for the phone so if you're planning to have more photos and videos on it, then just pop in a card and you're good to go. 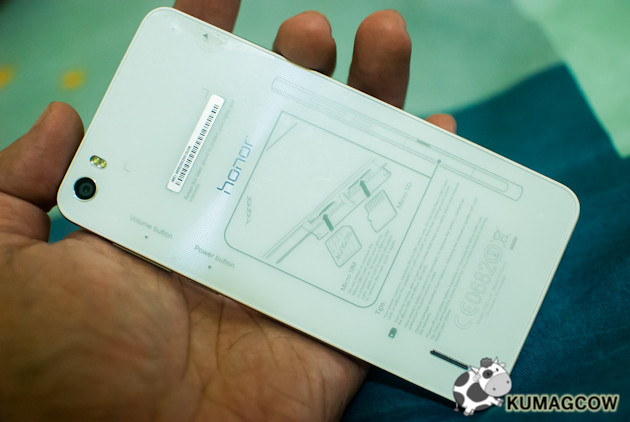 The Huawei Honor 6 has given me hope for Android phones. I'm no hater but my standards for ease of use is just like the rest of the people who don't want the complexities of Android itself. The Honor 6 is definitely For The Brave, it's got tons of RAM, built with a stronger CPU, a faster GPU, higher screen resolution plus an even greater battery capacity as with other ones in its category. It's a worthy phone that I could compare with my Apple OS based ones, but for the price, you get the best hardware and performance all in one device. It's stylish, fast in its element, it looks good, very light weight plus takes genuinely good sharp photos. The camera quality and very good gaming experience I've had with this phone outweighs all the cons I've had with previous Android phones I've handled so far and if that isn't reason enough to have it, I don't know what will. In a scale of 1-10, I'd rate this a 9 and leave you to decide what would be the best feature you would love when you get on in stores in the Philippines. Try Lazada if they still have them in stock of course!

You can check my shots at my instagram account @kumagcow or simply click the hashtag #Honor6 #ForTheBrave and see what a difference it would make if you had the Huawei Honor 6 in your hands!

http://consumer.huawei.com/ph
Posted by John Bueno at 10:00 AM