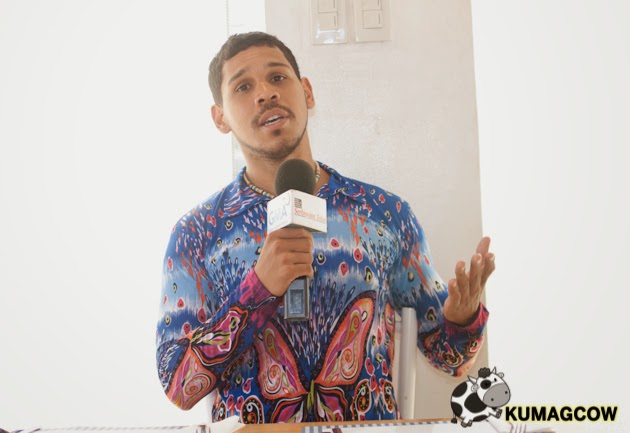 He's from Hawaii and he's been here for quite some time now. He's a good singer and had success there but he wanted to expand, broaden his horizon. He's already making waves in social media and has got quite a following in the music scene. We just met him during a blog con in Mom and Tinas in QC. My first impression? He doesn't come off too complex, he finds the Philippines a very unique market and he says he could have gone to other countries, but he wants to be in a place that he could easily grow more as an artist. Hawaii consequently only has almost a million people in the islands, compared to the Philippines' which have almost a hundred million. Much of the people there have Filipino roots and he's gearing to take this opportunity to engage the untapped Filipino market by being in the Philippines. He speaks a little Filipino now and can get by everyday conversations (judging from the manner he talked during the blogcon), he can understand most of the words, but he admits however he still really needs help in that department. He was eager to learn, eager to know more about the Filipino culture and finds life here easier and laid back than in Hawaii. 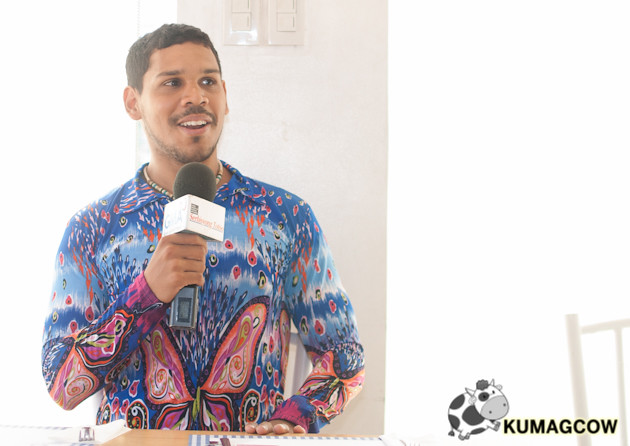 Jeff says "It's something that I'm learning when I came here in the Philippines, and when I came here I knew there was a lot of work to do. All these music that I've gathered for around 3-4 years for the Filipino scene, I think I still have to work with it. I have a lot composed but I have to make it more apt for the Filipino market. Actually I am successful in my own eyes, because I'm doing what I love. A lot of people spend years of their lives doing what they didn't want to do and keep their lives, and think they're not even successful. For me, I am already successful. The biggest award that I got is called Na Hoku Hanohano Award, it's like the Grammy's in Hawaii. Hawaiian artists get together and give that award to peers who have excelled in their music. It was for a song called "Hawaiian Girls" which did pretty good in Hawaii during that time, they gave me an award for that as well. OPM kind of included me in the festival "Palakasin ang OPM" (Strengthen OPM) wherein we went to Ayala Triangle and got all these other artists and played in that venue. We only played OPM music, people were asked to download on their gadgets only OPM songs and got only artists in the loop to play Filipino music."


I think I saw him the last year when he performed in Greenhills for the same cause. For those who don't know, that's where he met the producers from GMA Records where he got to show his work and got him to release his album here in the Philippines. He's made quite a handful of OPM song covers in his Youtube channel and he's gotten tons of views in only a few weeks. He even had his own version of Pharell's HAPPY which he's done in Filipino and got around 100K plus views in 6 days, online he's doing pretty good. His album GoGoGo is now being released through GMA Records through online channels and CD's sold in local music stores like Astroplus, Astrovision, Odyssey and SM Music and Video outlets nationwide. His mix of Hawaiian, Pop, RnB, Reggae and island music might prove to be your next thing to have on your playlist. He's got 12 tracks and has composed all of it. He's also rearing to make more music very soon including a local version of Hawaiian Girls which he'll call Filipina Girls (still in the works) as he's seen them all quite hot and beautiful.He'll also be appearing in GMA shows, mall tours to promote his album. This will include Visayas and Mindanao locations as he's planning to make Cebuano songs in the near futre too.

He's a good chap and makes good music, give him more reasons to love the Philippines by getting his album in stores now!