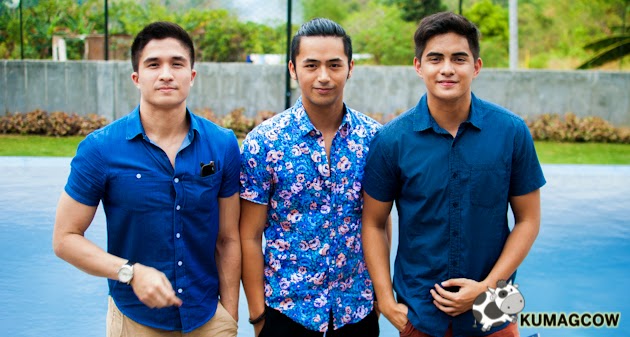 It's summer and what better way to have fun in this season by having a short escape with these guys. Vince Velasco, Enzo Pineda and Juancho Trivino are on different stages in their careers and getting ready for what's next with their mother network GMA. We talked to Vince Velasco first and asked him about his current projects. He was very secretive about it and says it had a lot to do with the nature of it so he couldn't tell us right away. He'll tell you what he wants to happen with his career, his work ethic, how he started, his hopes and dreams! Here he is with the rest of the interview. 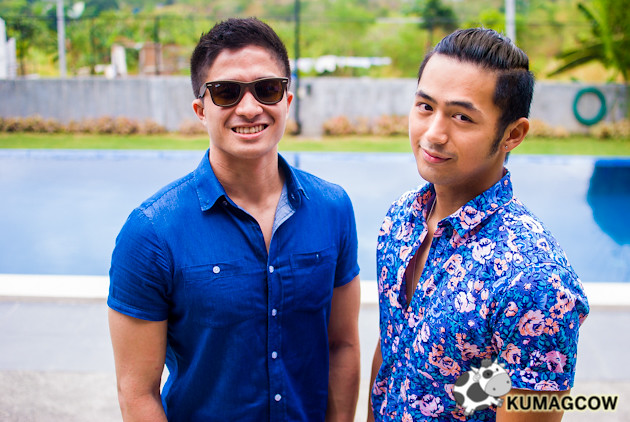 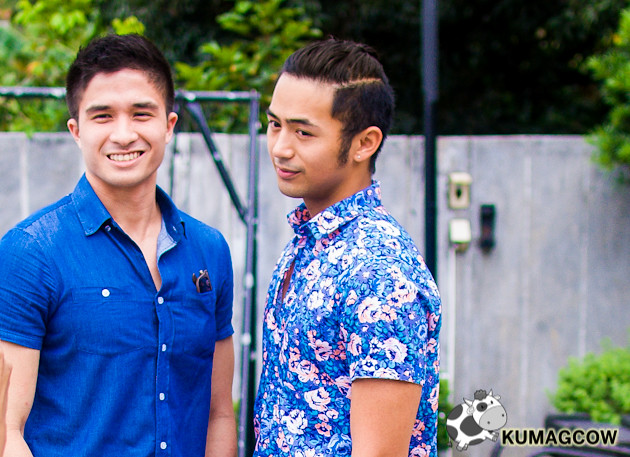 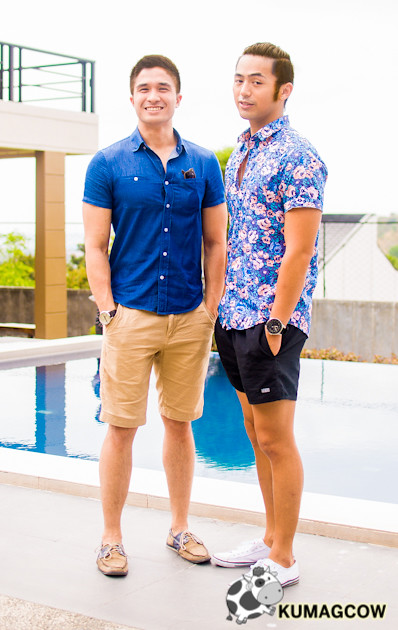 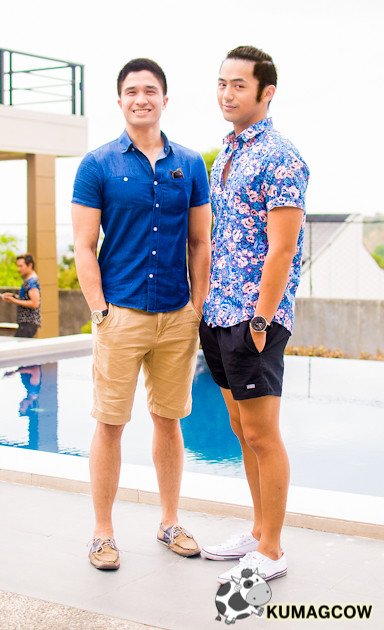 I find Vince very appealing. I probably have seen him before because he's done stints in Philippine Fashion Week which I cover religiously in the previous years. His personality, although you might think he's a little aloof or doesn't want to talk to people, he goes out of his way and disprove that. When he gets comfortable, I bet he can talk for hours. He's a very good chap and I hope he'll be utilized well in the coming months. This Ateneo grad should go places, he's working very hard now in fact and GMA's trusting him. We hope it continues. 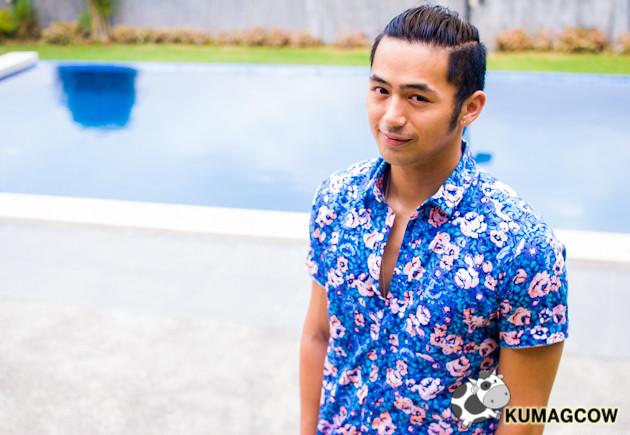 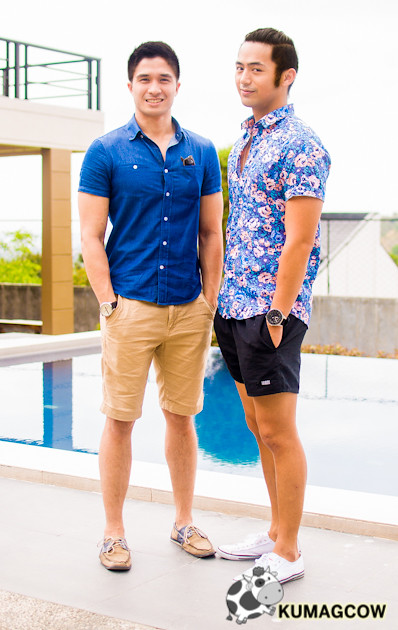 I consider Enzo a friend. Whenever we meet, then get into interviews, it's like we're just catching up. He's easy to talk to and even if there are some questions that might be a little uncomfortable to ask, he still goes and tells us what he feels about certain issues. He clearly has made his life a lot better than in the past and feels everything is falling into place. His plan is to reinvent himself, and we're seeing it all happen. Slowly but surely, he's gearing to get more matured roles; and perhaps get a larger range of acting and leave the teeny bopper roles he's been doing. He's also planning to achieve it in the next few years, I'm excited!

Here he is discussing his thoughts about showing off his hard work, on his own body. They're doing big summer numbers in Sunday All Stars. He's a tough cookie, he also talks about his new relationship and the career path that he wants to take.

Enzo is in the prime of his career but still, he's very driven. He wants to do a lot of things and he's in the right track it seems because his star is just shining brighter. Brands are still continuing to trust him because he's also giving back what they need from him. This serious actor is fighting to see his career into new heights and hopes his goals would happen real soon. He's not contended with just plain things, he wants to drive to be the best version of himself in sports, in his work and for his family. He also wishes to have more tangible things like properties, investments, business, in the near future. I'm sure he'll succeed because he can do it, because his driving force is within himself and he is winning. 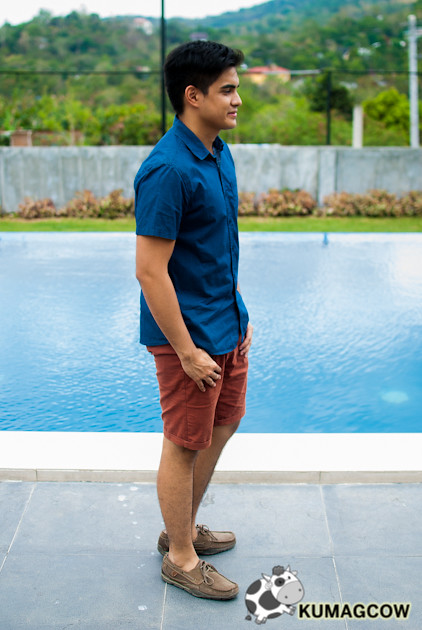 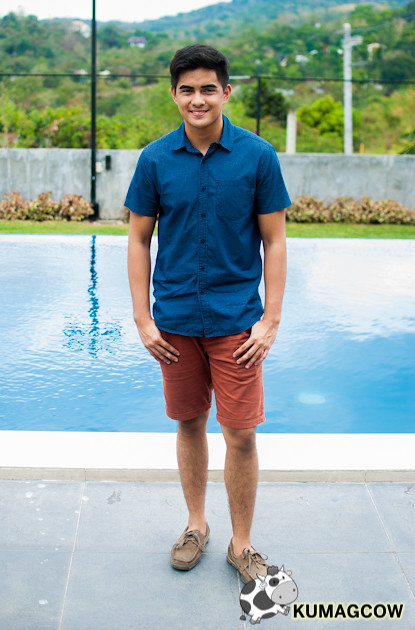 He arrived a little later but brought his A game, Juancho Trivino is here. He's currently in several shows and is pretty busy with Bubble Gang. His deep set eyes, gorgeous physique (which he does work hard for) and height, make him one of the most bankable stars in GMA. He's also currently paired with Ashley Ortega of which we have previously interviewed during the Valetines day event. He's working with her on Instadad and has grown really fond of her. It'll premier on April 5 from 4:30-5:30PM. He's doing everything and we guess it comes with the territory. Versatility meant that he had to do comedy, drama, romance and other things if he's gunning to be this much of an actor. 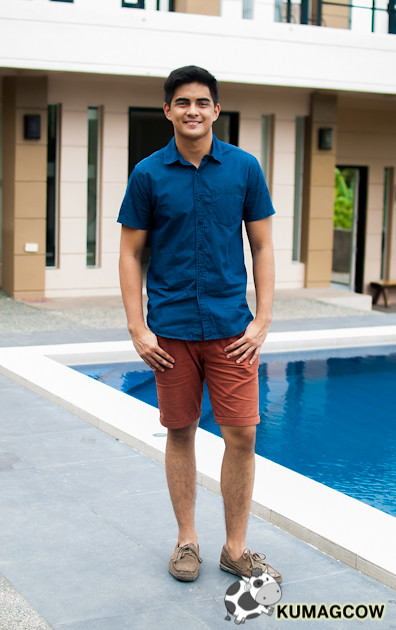 I guess he doesn't want to be just another pretty face on TV and is showcasing what he can do at an early stage. He's still considered to be a new guy but isn't holding back, that is certainly appreciated by his fans. With this new pairing, he's up to make hearts melt even on very complicated circumstances on this new show. You see, the story would be a little difficult since they are going to be tested right from the start. How would their family handle these kind of conflicts? How would their lives be affected? What would three ladies and their Dad become once they know the truth behind Juancho and Ashley's predicament? That's exactly what you will find out once the show starts! 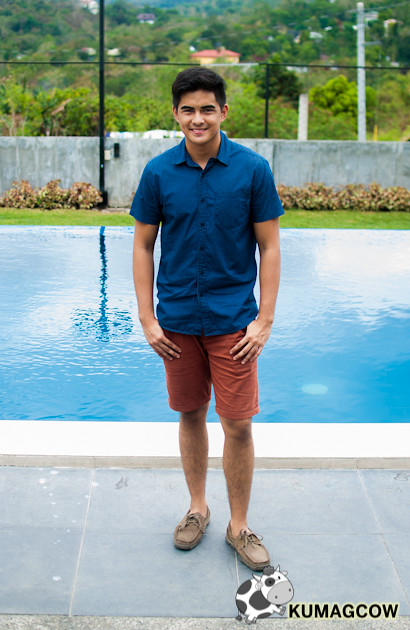 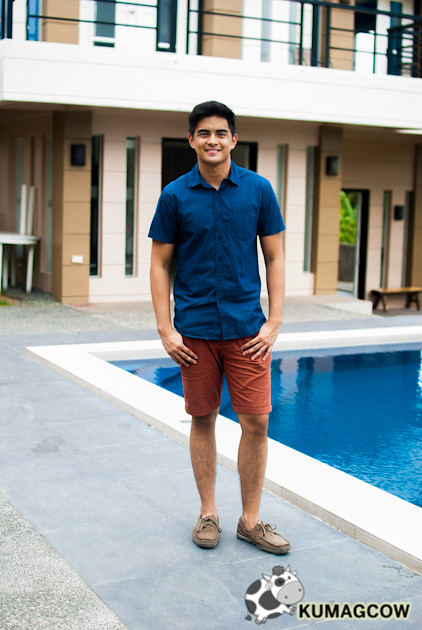 Juancho is a good guy and I hope a lot of people see that. His genuine charm, love for the craft and being highly adorable can make him succeed in this industry. He's super bait. I hope that he'd be rewarded, even just for that. 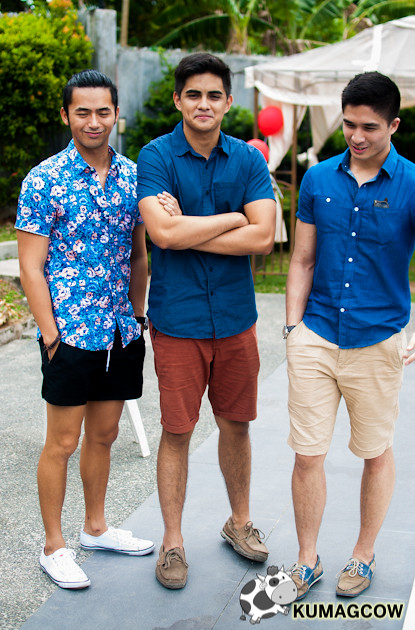 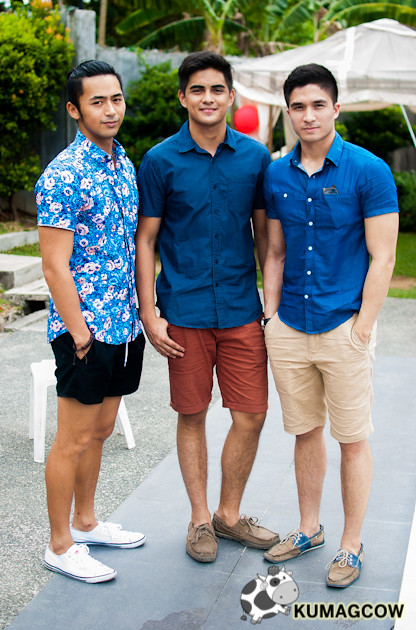 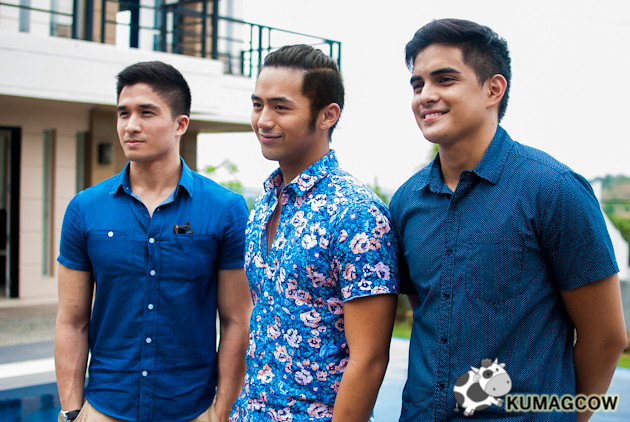 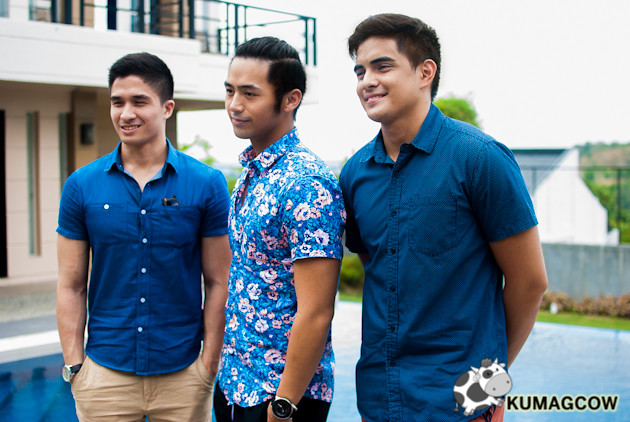 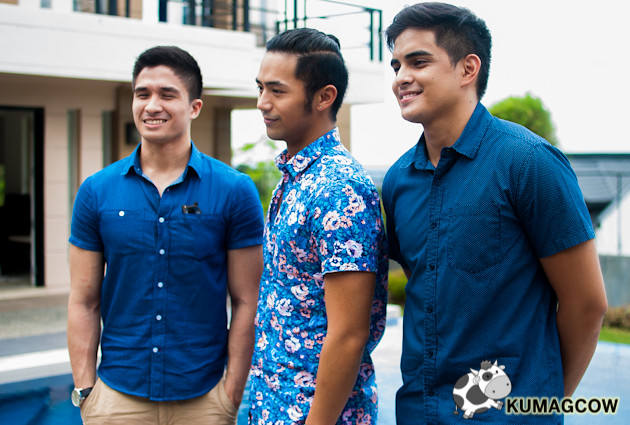 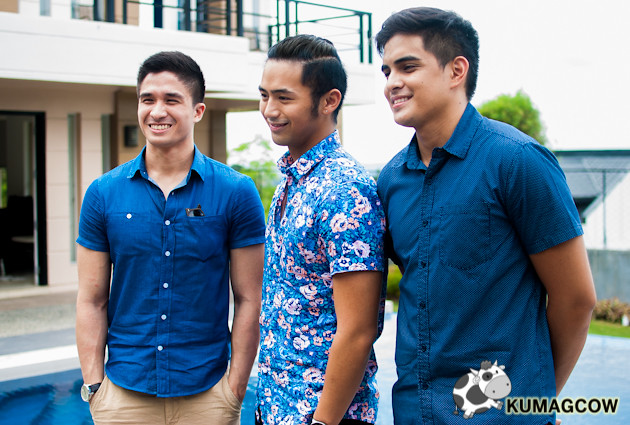 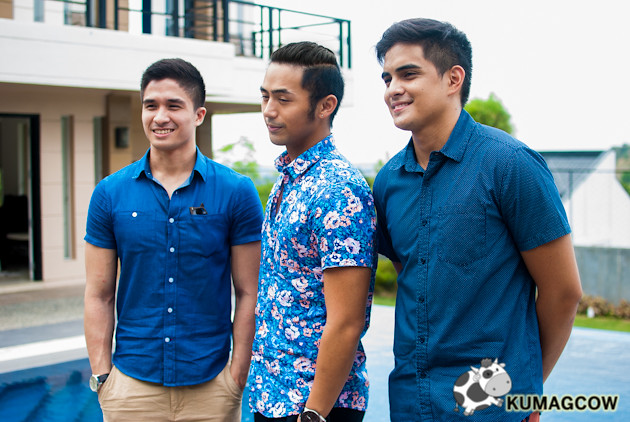 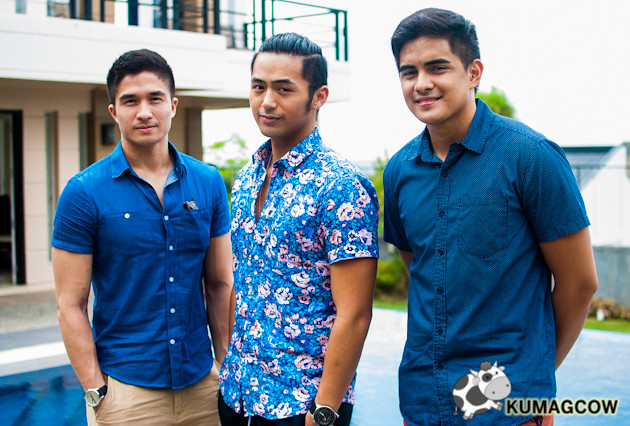 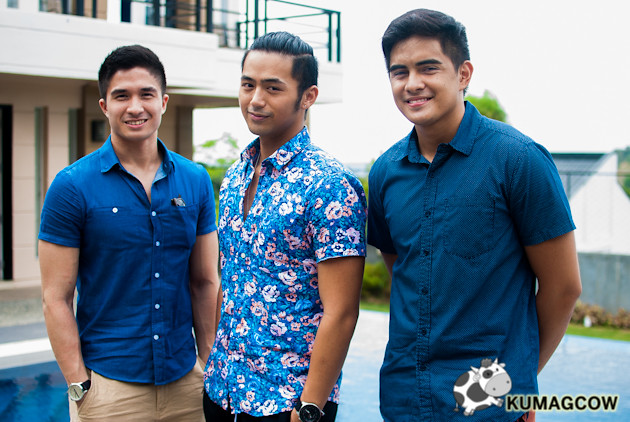 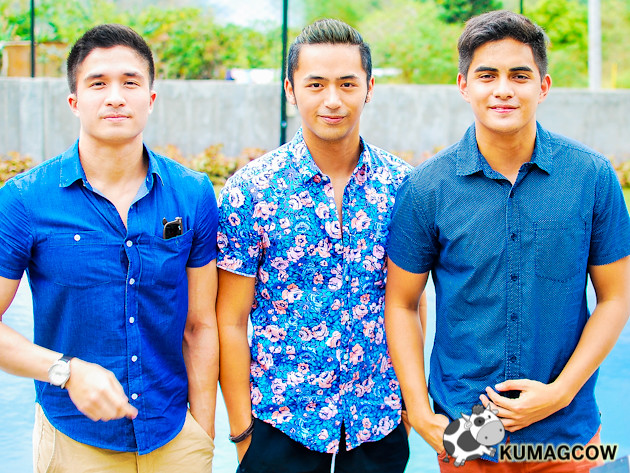 Thank you so much for spending time with us guys! Thank you also to Enzo for doing something that afternoon, you're a good man!

http://gmanetwork.com/artistcenter
Posted by John Bueno at 7:06 AM