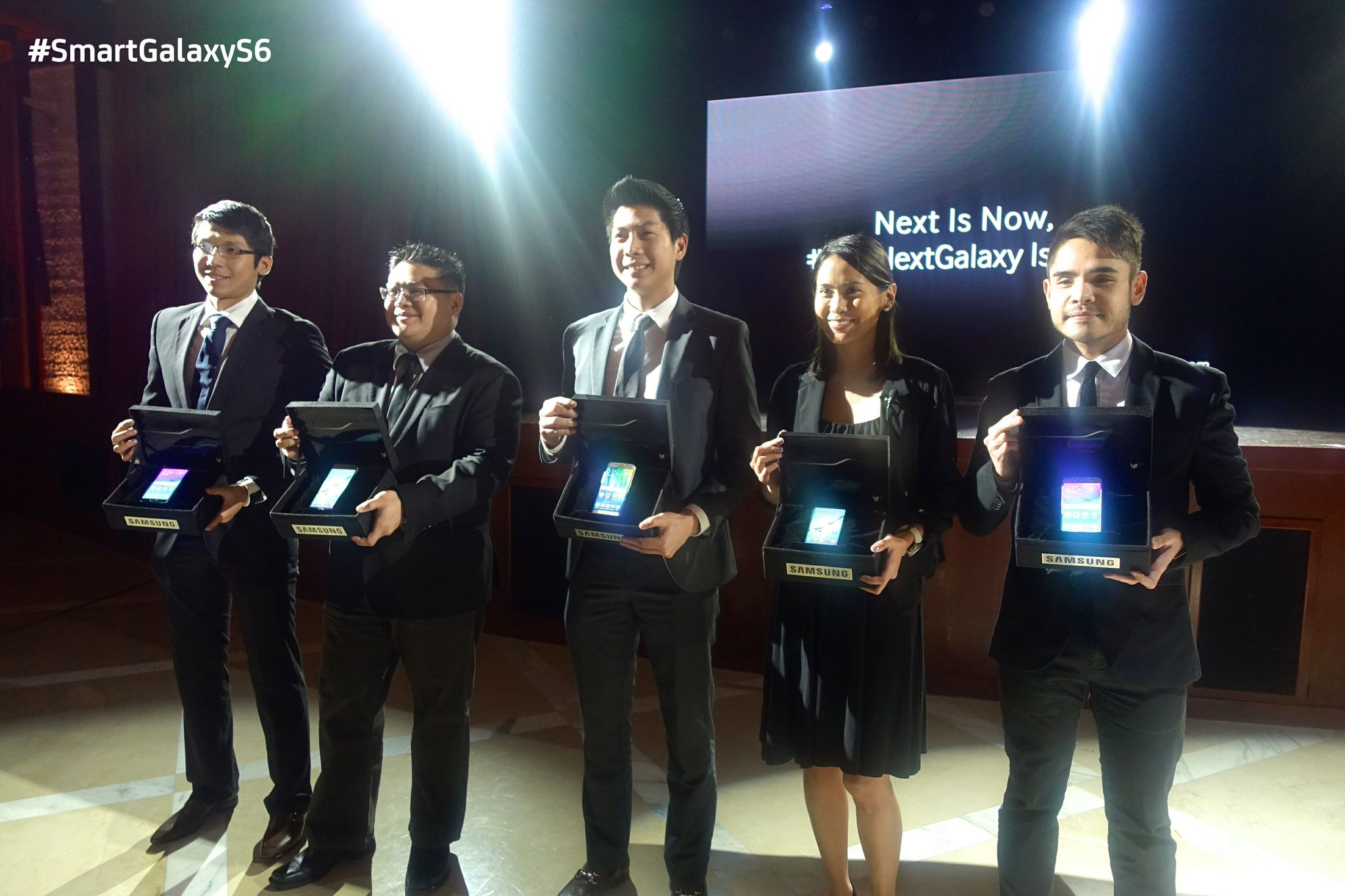 It's here and Samsung just proudly announced the most advanced phone they have in their arsenal. This is the Samsung Galaxy S6 and the Samsung Galaxy S6 Edge. We got dibs on some photos from our friends from Smart and I'm sure they'll be coming out with the best packages when this gets officially released this quarter. 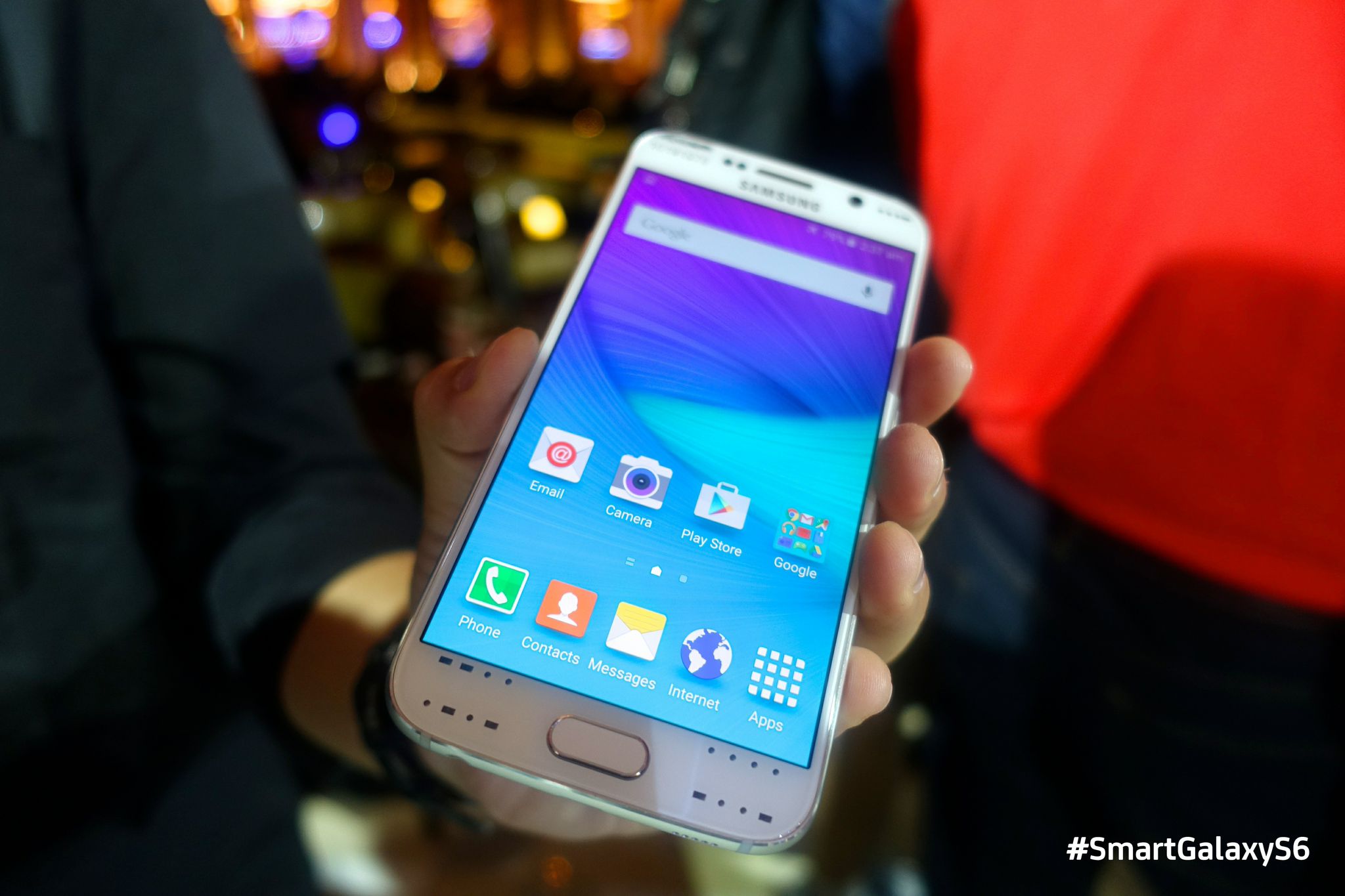 It already won accolades in the recent Mobile World Congress for being the "Best New Handset, Tablet or Device" by the modest GSM Association. I think it's the first time that a company did get that in consecutive years since they also won last year with the Samsung Gear Fit. They are also employing the Knox Security Platform which is the best security and fraud protection for this OS, they also won themselves an award for that solution too. 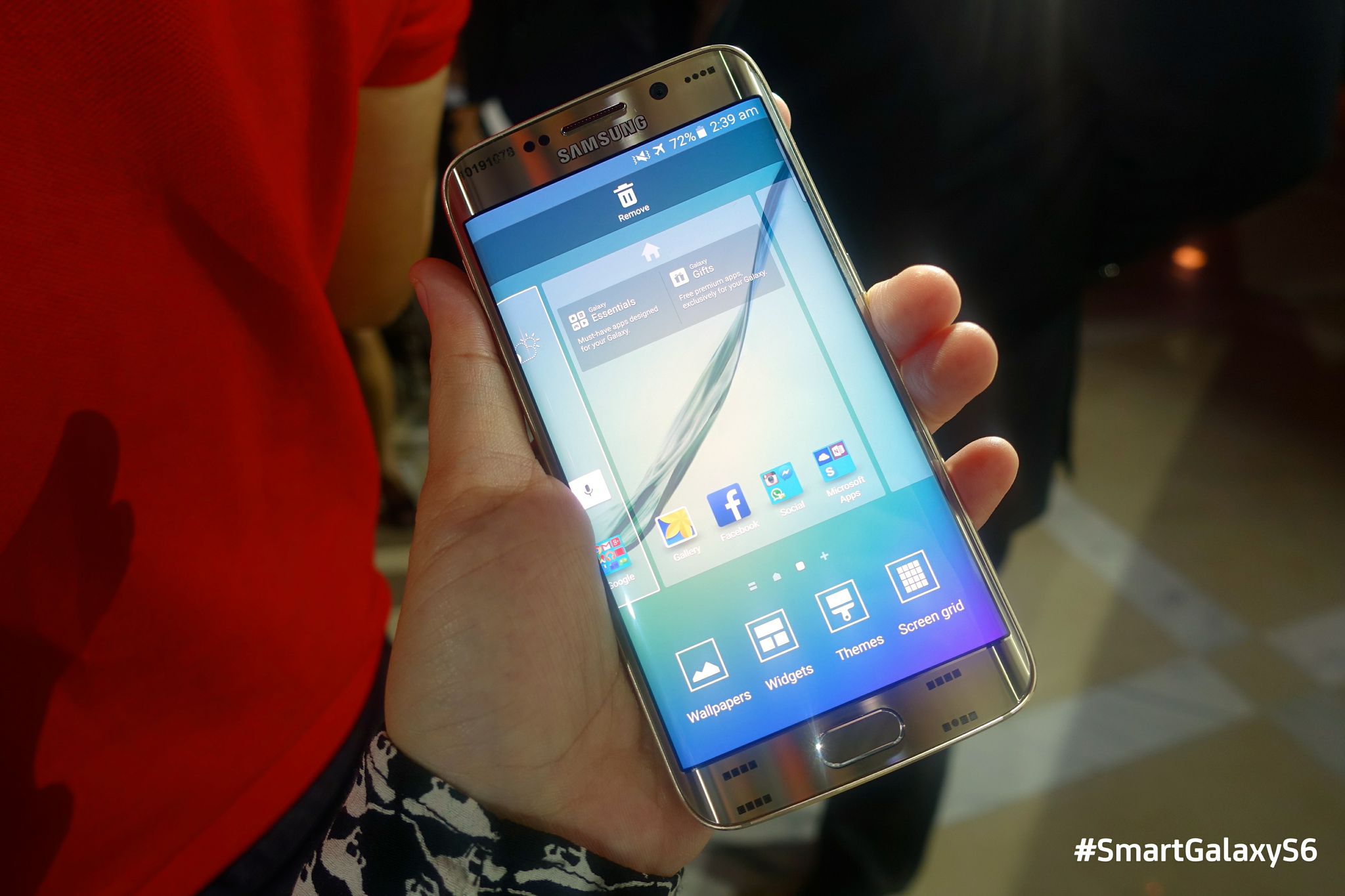 Both phones steered away from the plasticky exterior they used to have and now has a longer facade at 5.65 inches. What wowed most of the people during the launch is the Platinum Gold color, which made this look so expensive. It's also going to be available in White Pearl, Black Sapphire and Blue Topaz. 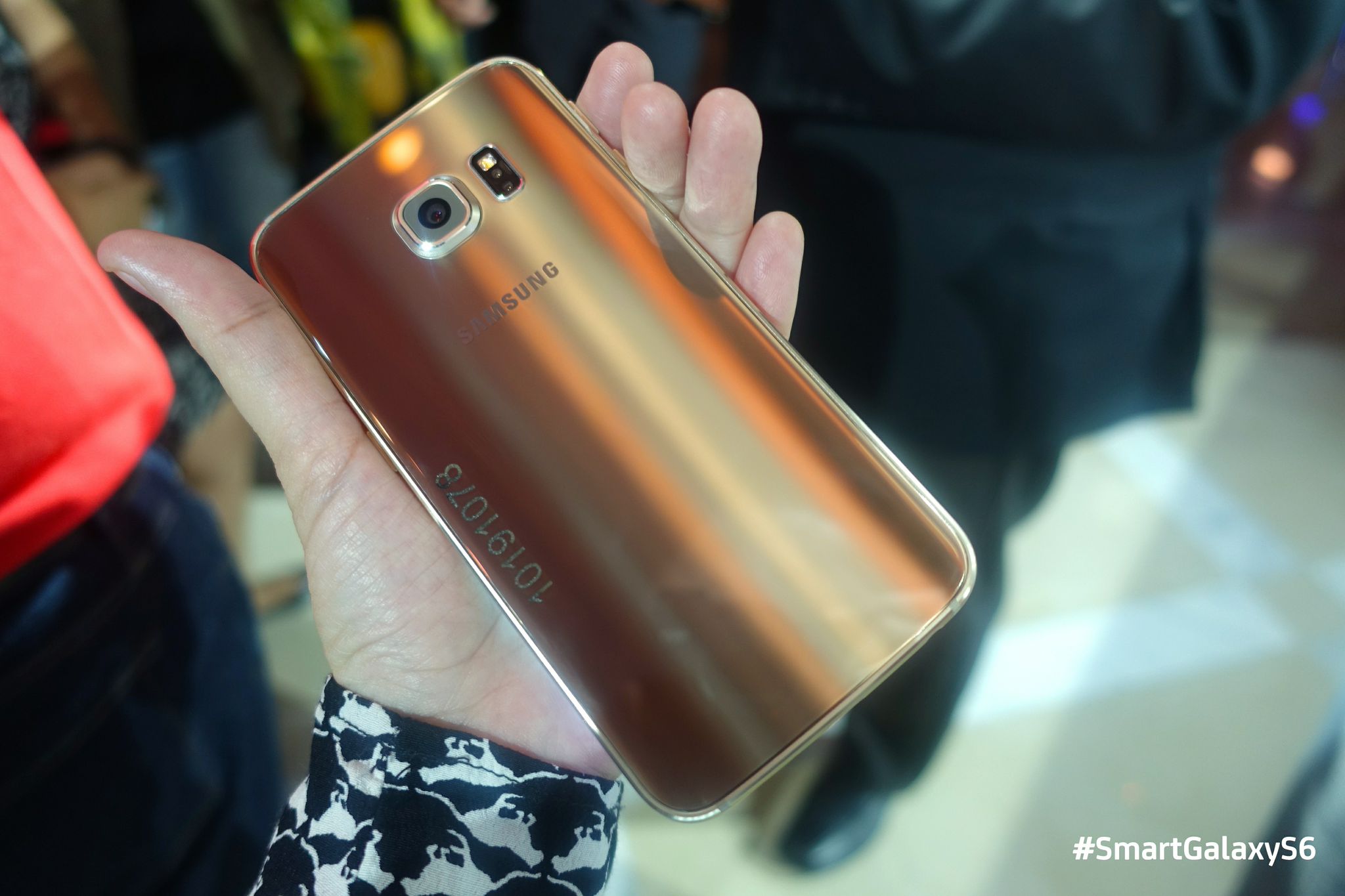 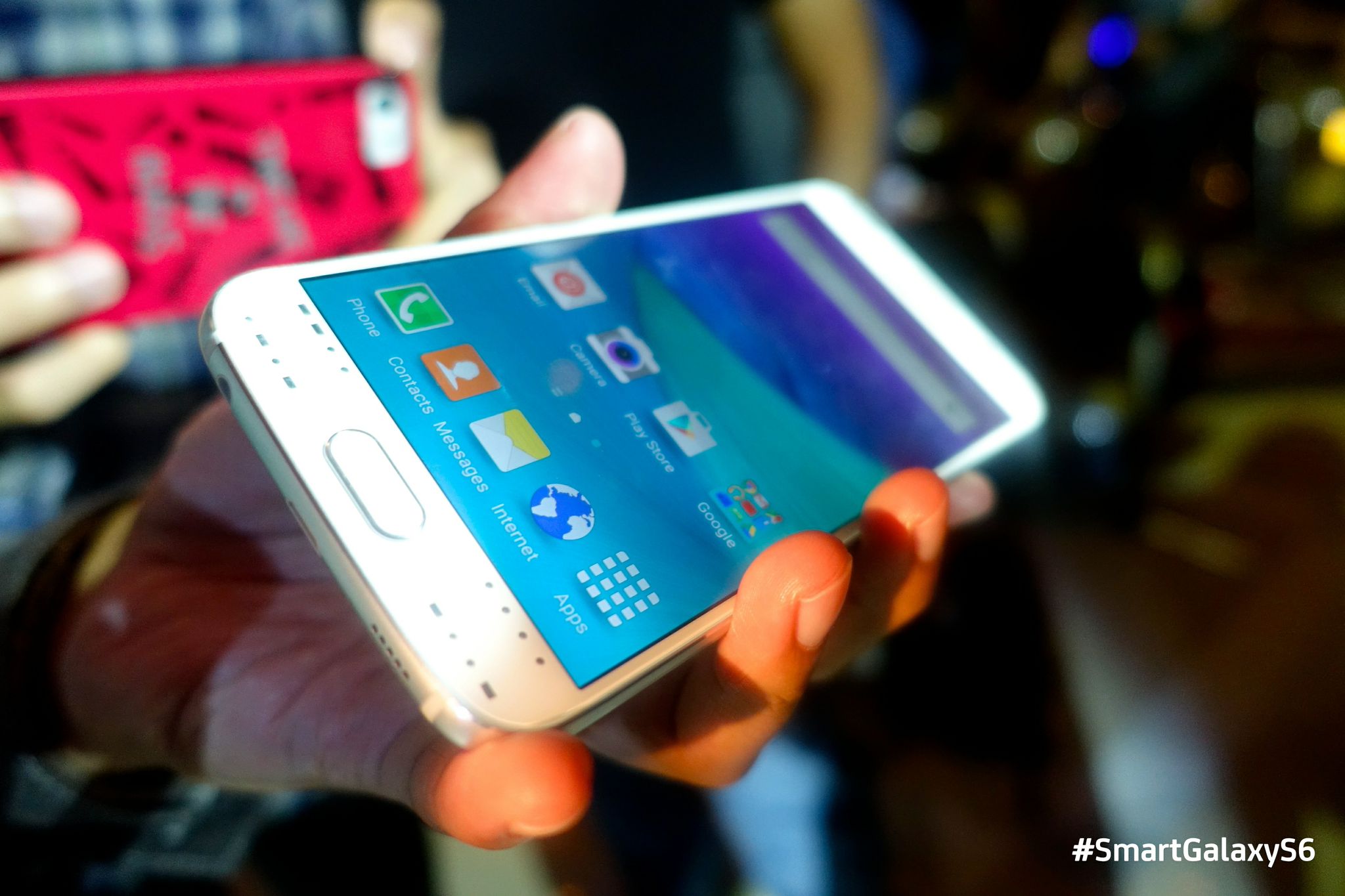 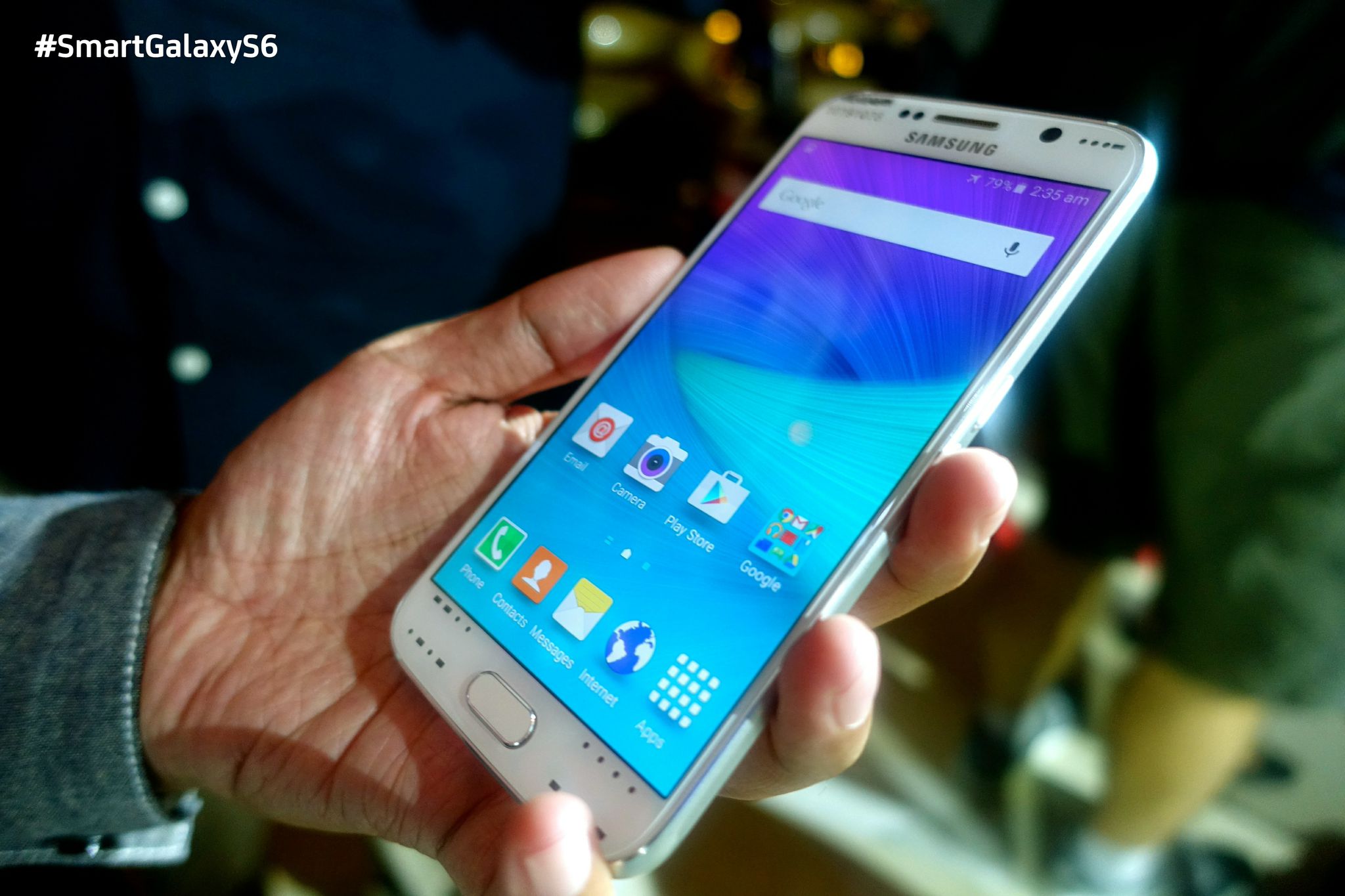 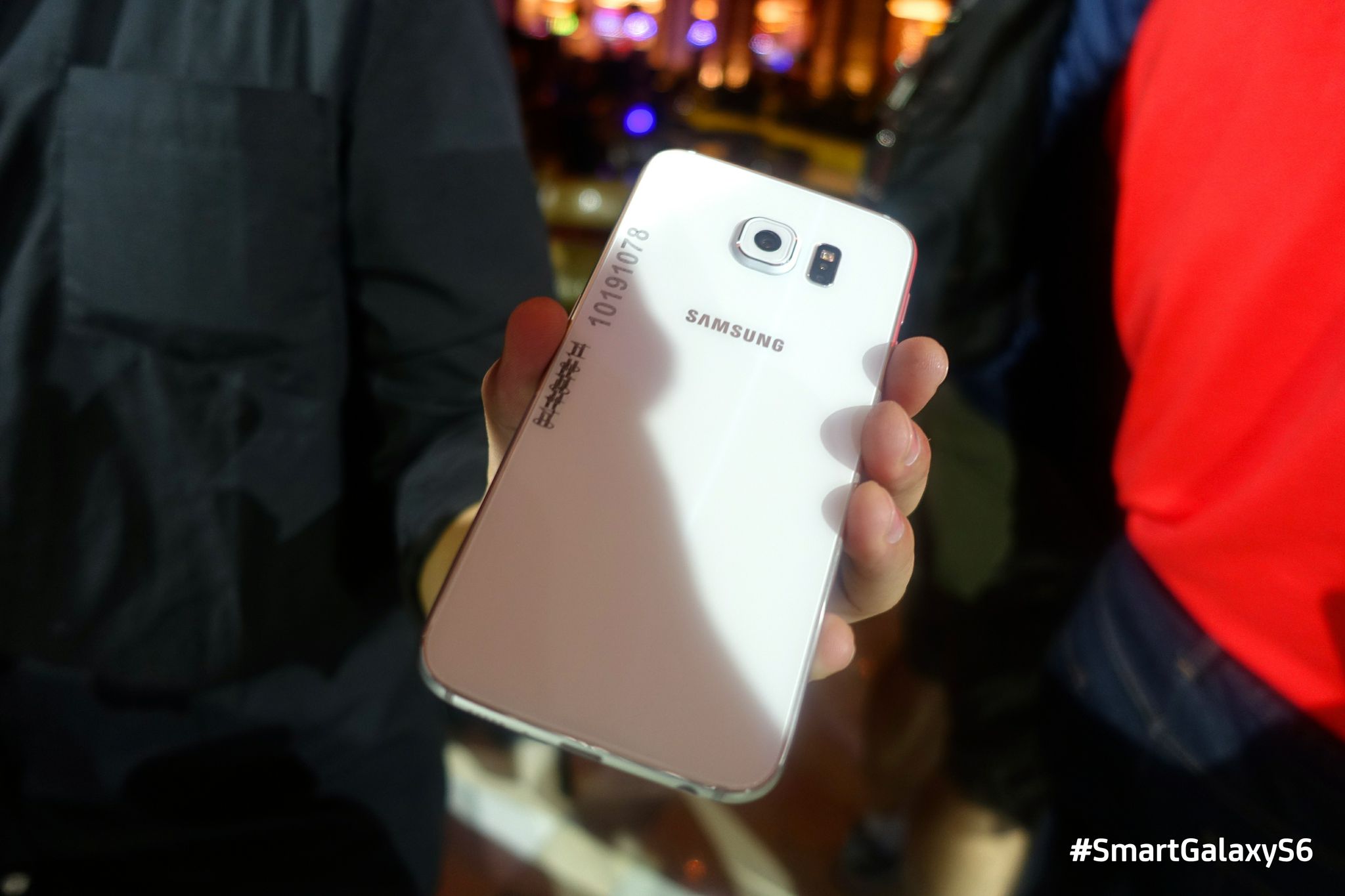 The camera also popped out on a bevel and has 16 Megapixels, whilst it's front camera is at 5 Megapixels. I'm sure you would be able to see your pores when you use the back camera for selfies. 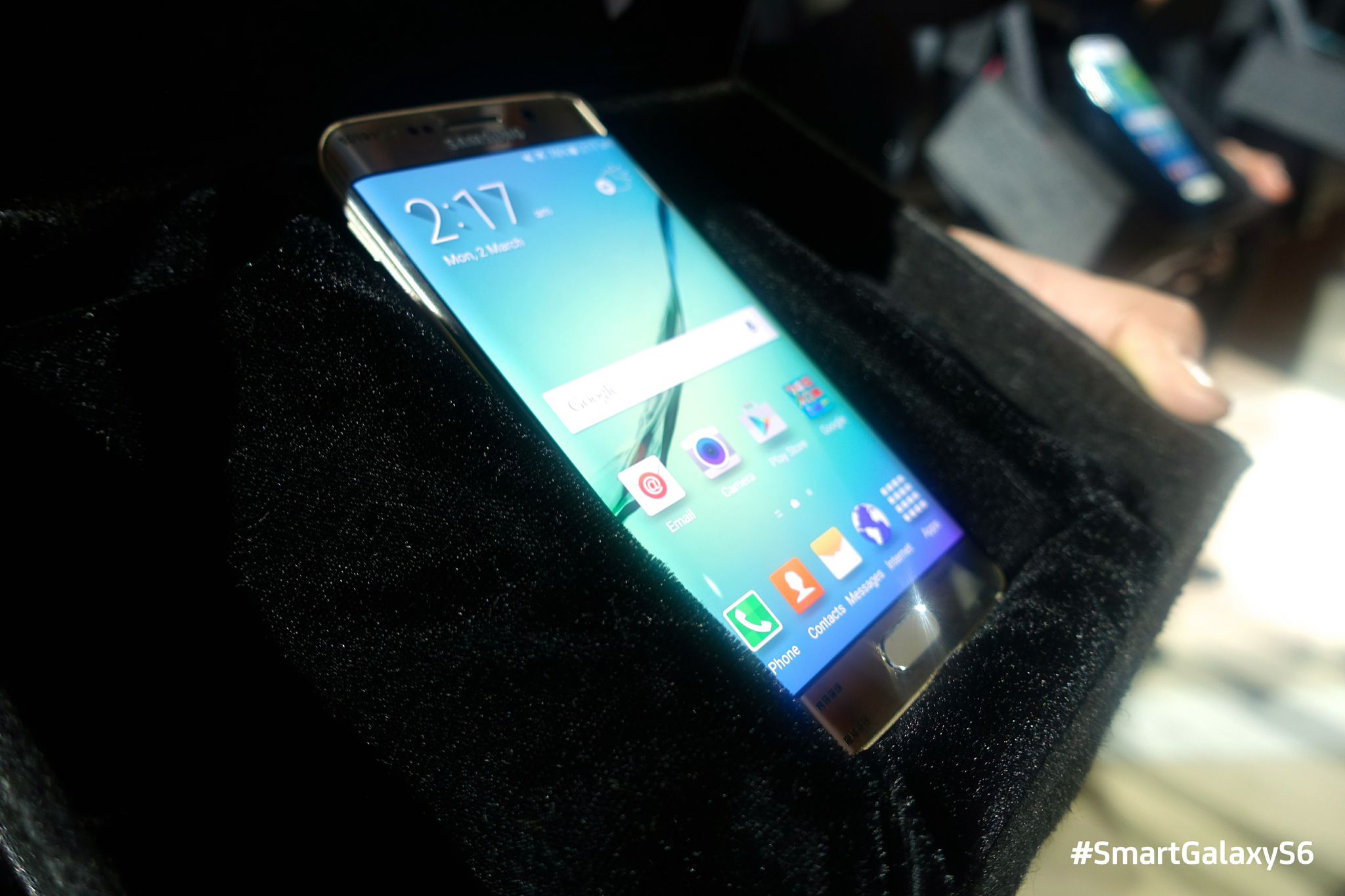 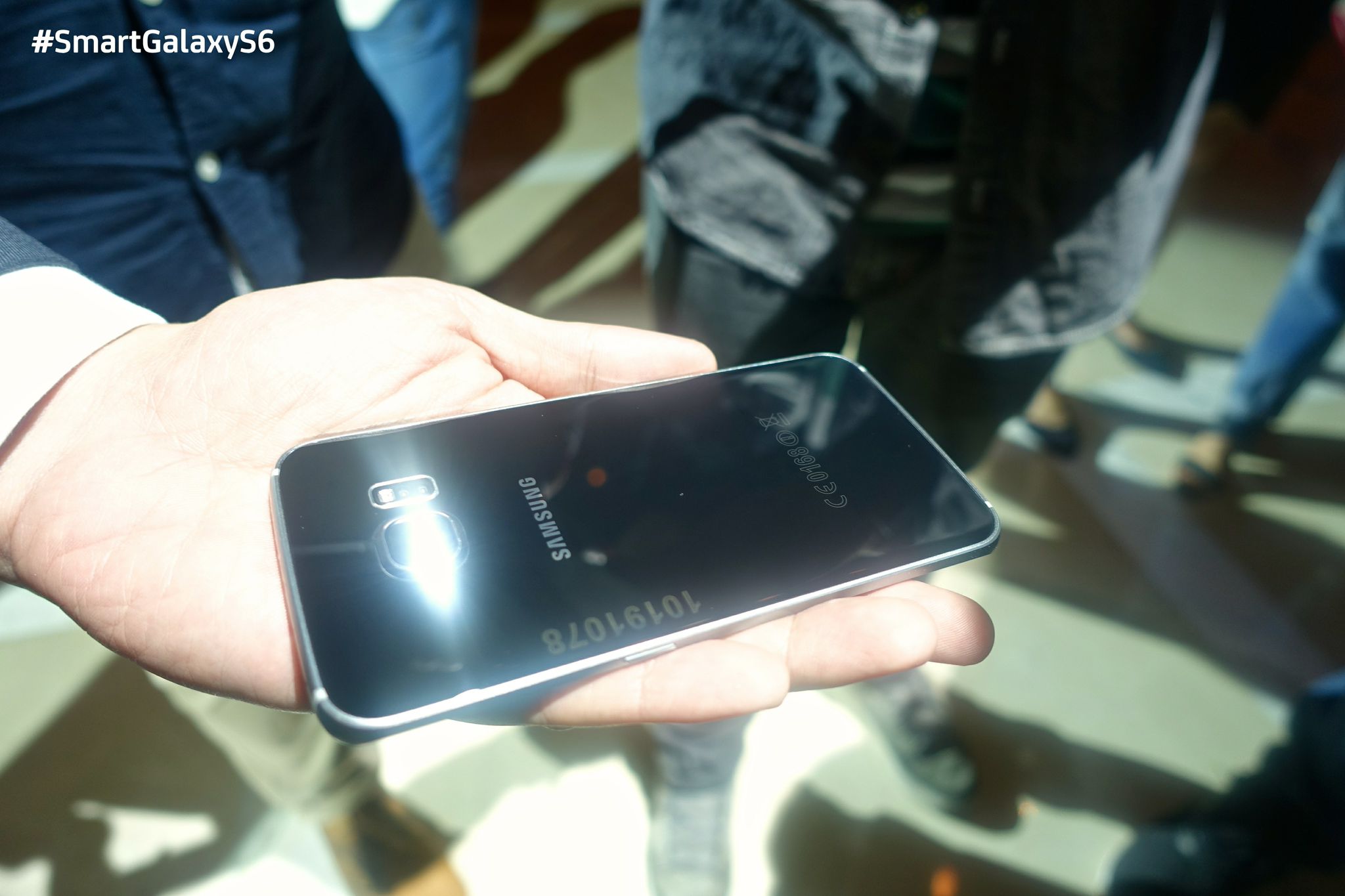 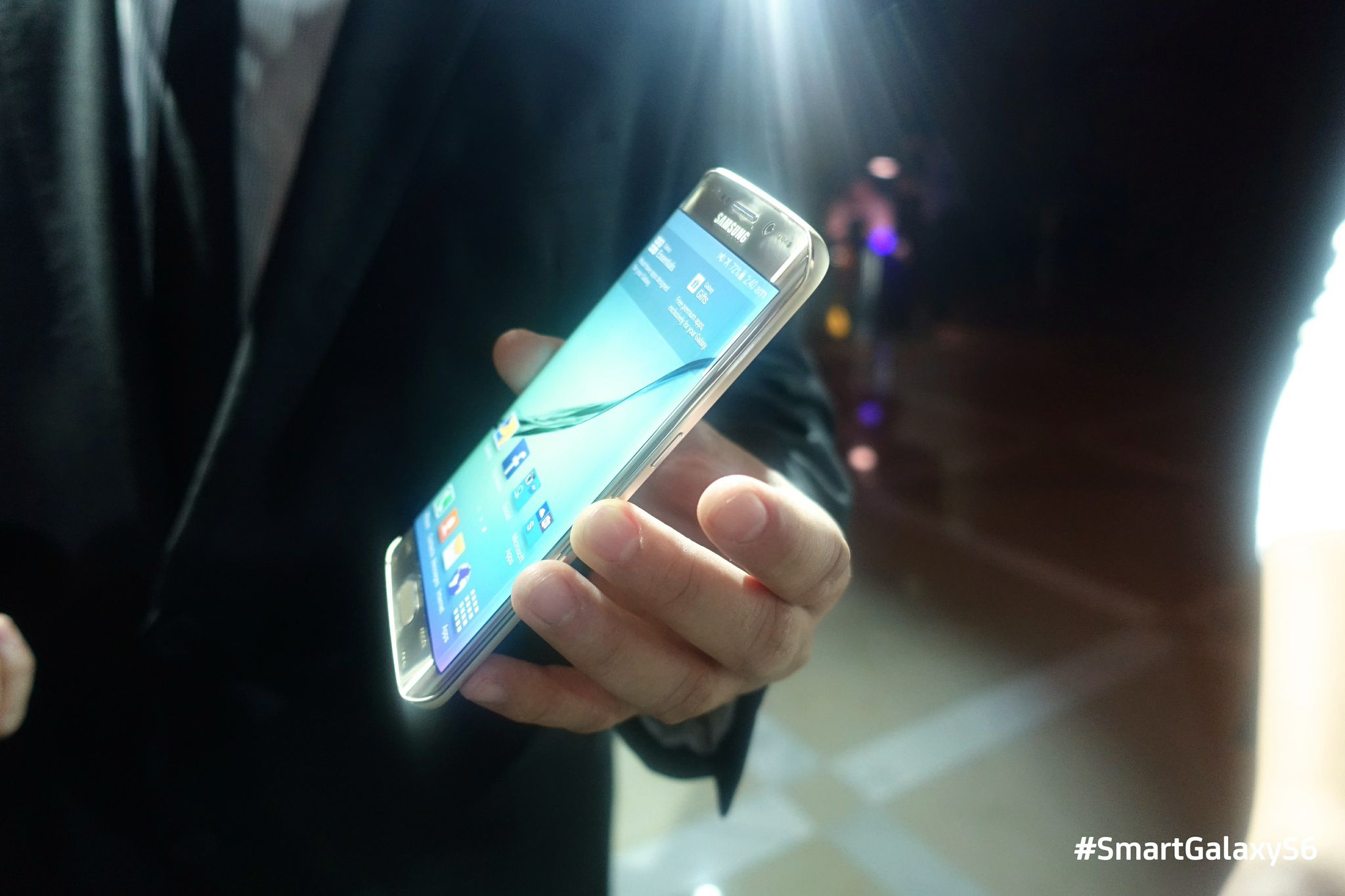 Samsung fans, this would be your next dream phone but of course like what people are afraid of with the Samsung Galaxy S6 Edge, you might not want it if you're a little clumsy. You couldn't bump this on table corners because the edges are exposed. Or if they do invent cases for the Samsung Galaxy Edge, what are they planning to do? Cover it? Makes sense?

If you are to choose, I suggest you get the Samsung Galaxy S6 instead of the Edge. You might want to wait a bit too because from what I know of the pricepoints, it's a bit expensive. If you are getting a plan, make sure it's from Smart so you take full advantage of the LTE connection since they have the widest coverage. Smart Postpaid plans also might get it easier for you to pay for this phone. It's a bit on the pricey side because this is a premium phone. Or wait a few months or years so the price goes down, some day, somehow.

Photo credits to our friends from Smart!