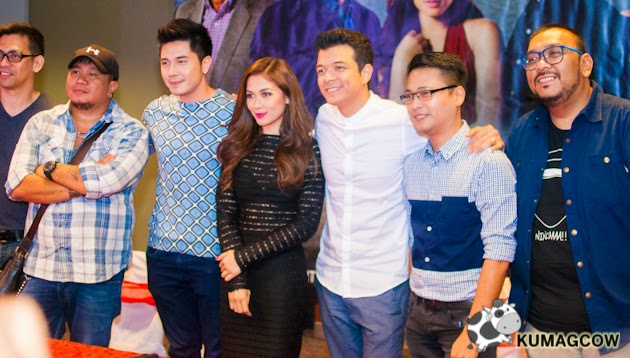 This has been constantly shown on trailers since last week and now it's the most eagerly awaited teleserye from ABSCBN. With talented artists like Maja Salvador, Paulo Avelino and Jericho Rosales billeted on this series, you won't run out of reasons why you should watch it. During the blog con in ABSCBN, the cast was delighted to introduce something new to the table. Their creatives made this in line with other successful shows in the past so if this becomes a hit, we wouldn't really be surprised. They insisted though that you should watch the first episodes because it will establish the characters and you would know where they would come from. Aside from their good looks, I think the stories would probably be their main selling point. 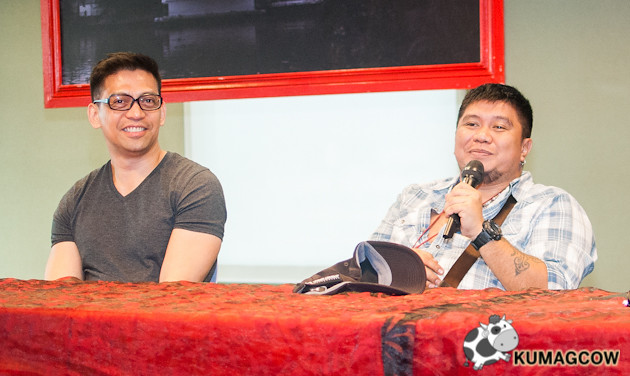 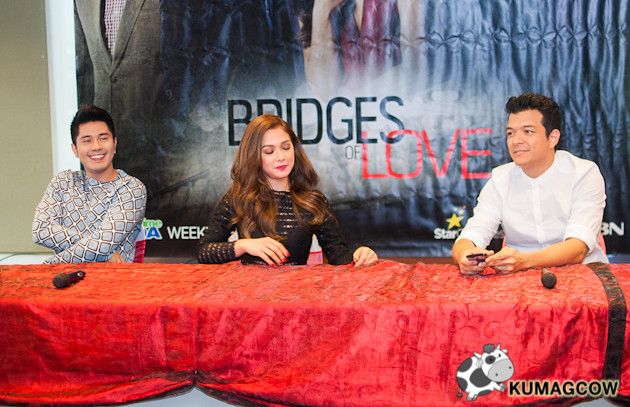 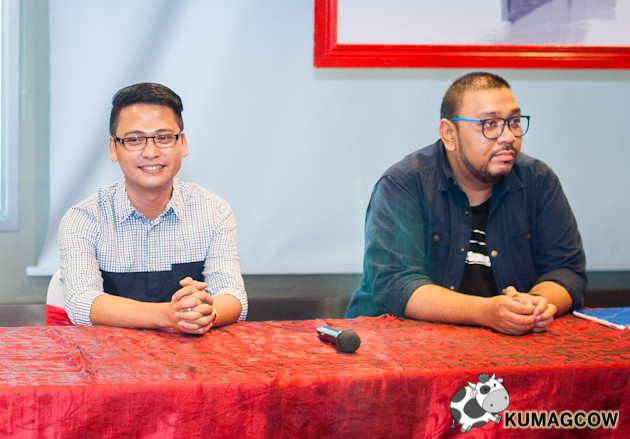 The directors are Dado C. Lumibao, Richard V. Somes and Will Fredo. They've got different units but converge right before they start shooting so they could talk about changes if there's any. This is to avoid conflicts with the story line. They also watch each other's shoot so if they see any particular styles the other director implements on their shoot, the others would just follow suit. They would not hold back though if they want to do something creative. It was a great thing to know that they sync up first so there would be continuity in the story. They also work on minor details after the day's shoot if they need to. They also work with the writers Benjamin Lingan, G3 San Diego, and Henry King Quitain if there would be changes in the story, they're pretty much open with that. 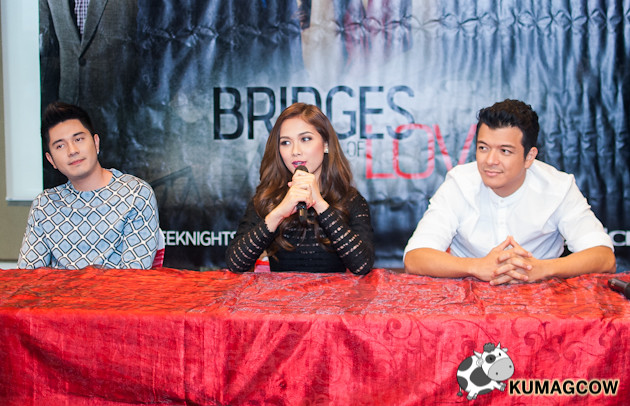 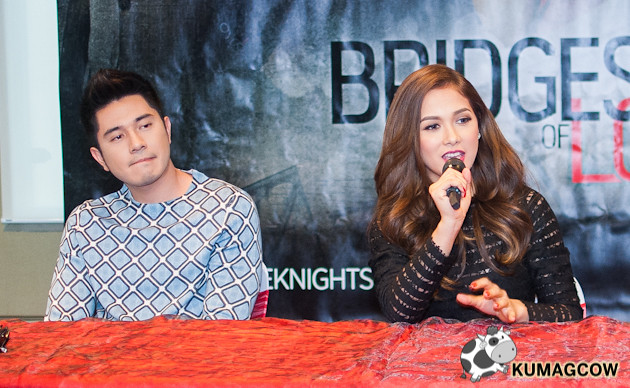 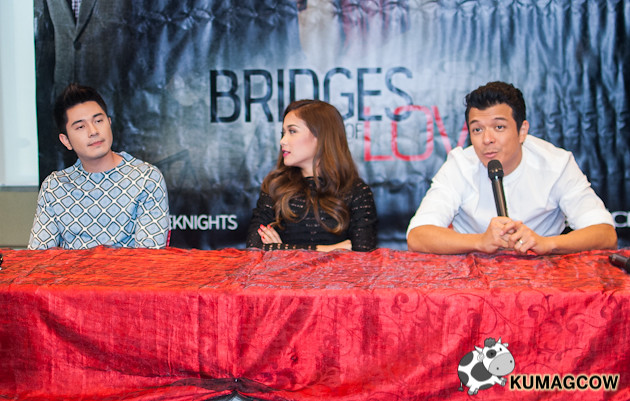 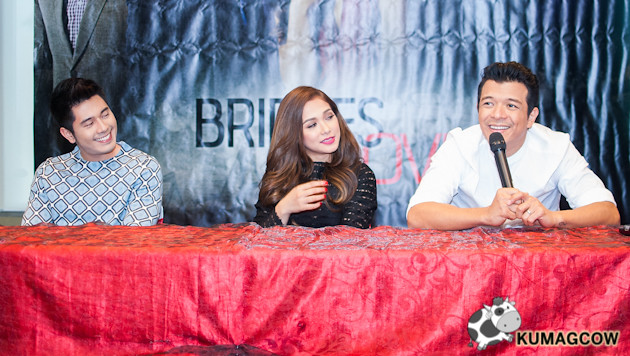 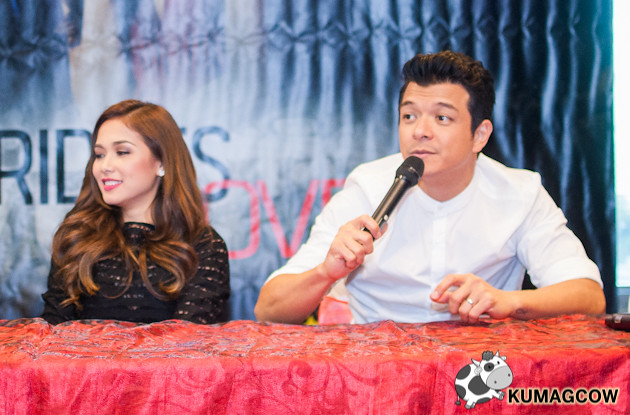 The reason why they entitled this with Bridges in the beginning has something to do with the brothers dream. They wanted to one day, be able to put up bridges themselves because they wanted to be Engineers or Architects in the future. It was a bit symbolic, where relationships get torn down, both with Maja Salvador, and the two brothers. They wrote this story and the cast wasn't really the first choice, but now the writers realized that these individuals are actually the best choice to portray the roles. Director Richard Sommes was also very excited just hearing the cast. He was eagerly waiting and read the script, he found it very interesting and it struck him that it's going to be this deep and interesting. The only thing he asked was how the production wanted them to attack it. The other directors saw the pilot and they immediately grabbed the opportunity because they've all worked in the past. The treatment of the writers was also very different so it's something that they could experiment with, the directors said.

Maja initially wanted to initially research and watch real shows in clubs. When she was being made up, her make up artist suddenly blurted out that she worked there too in the past. The guys on the other hand have probably gone to Airforce One where they are shooting some of the scenes in. Seeing the locations already took Maja's interest and she adds you should watch out for the hero in the series. He'll make the character of Maja understand why she has hope, you'll find out later when they show it in place of The Legal Wife that ended last week. 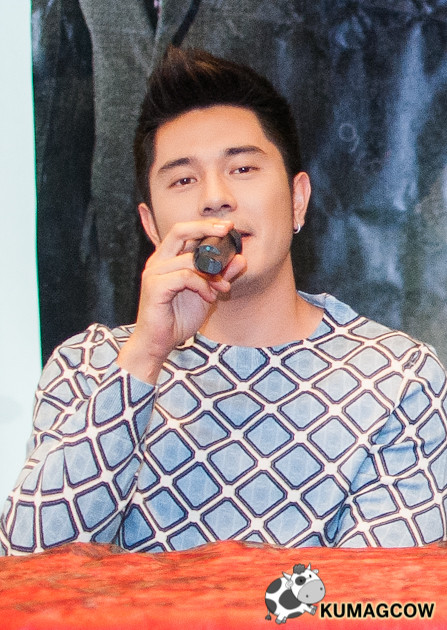 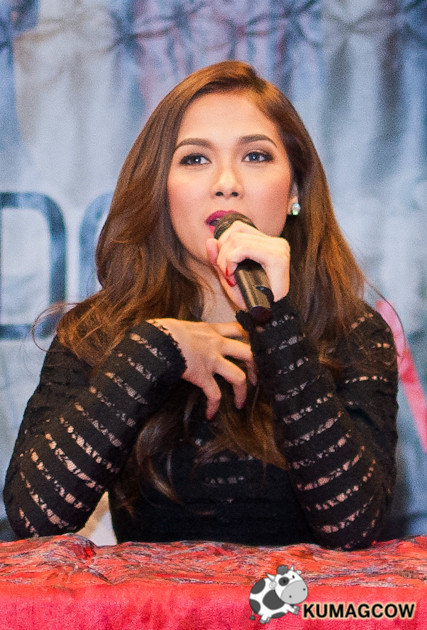 Paulo Avelino said Jericho played the role very believable and he felt that Echo definitely felt so much of a brother during the scenes. He knows he had to collaborate with their characters and they need to work with people in front and behind the camera to make this one of the best series in television. He wants to be consistent from start to end, because he finds this a very big challenge in any role he does. Jericho on the other hand says Maja made this very easy for him because she knows how to add on to the lines if they miss one or two things. He also knows his co stars need to communicate since this ensemble is a different mix. Maja also accepted this role to challenge herself and says she wants to give justice to thee persona of the character, which to her is a big achievement. Maja initially had fears also about hearing who she was going to work with and knows these guys are very much established, but she's going to bank on the times they've worked together and pull off things from that. 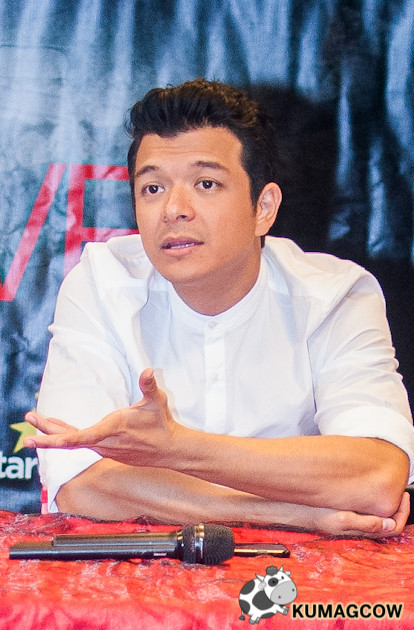 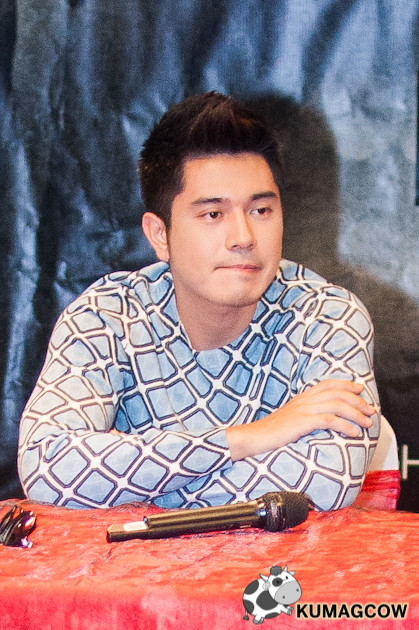 The relationships is also going to be different says the writers. It's going to overlap with each of the characters, in totally different ways. It's like a painting and they're going to make their own specific brilliance and make harmony while they all discover themselves, yes with each other.

The dance of Maja is one scene that would be unforgettable. It's where she'll actually be starting her story, a very principled woman even if she's in that stature. Although she's in that situation, her values and principles are still intact. 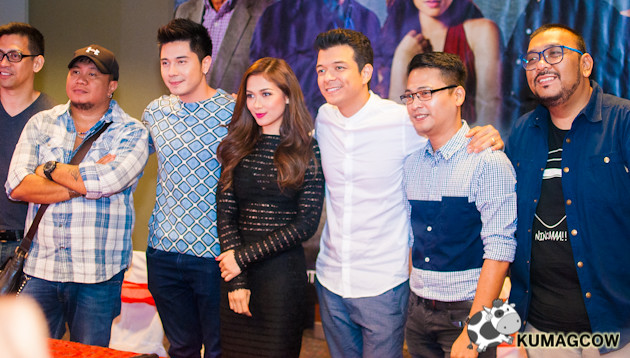 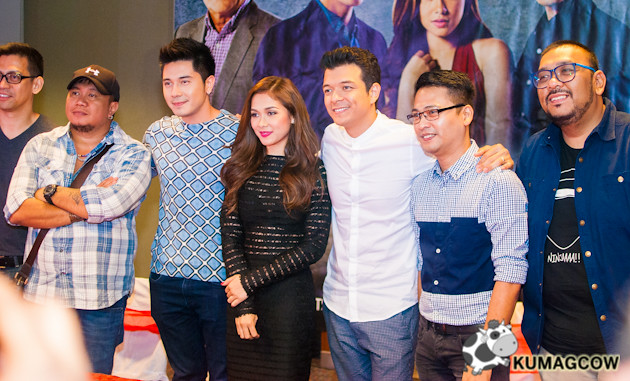 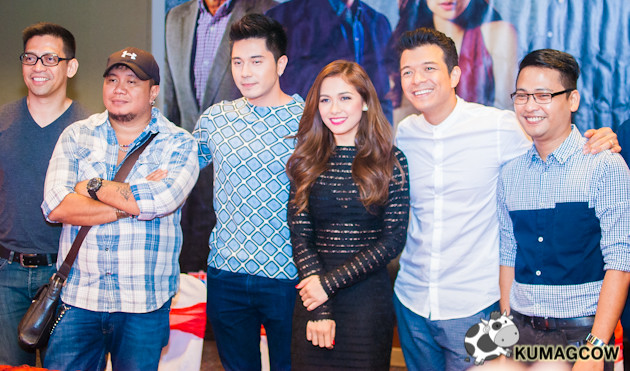 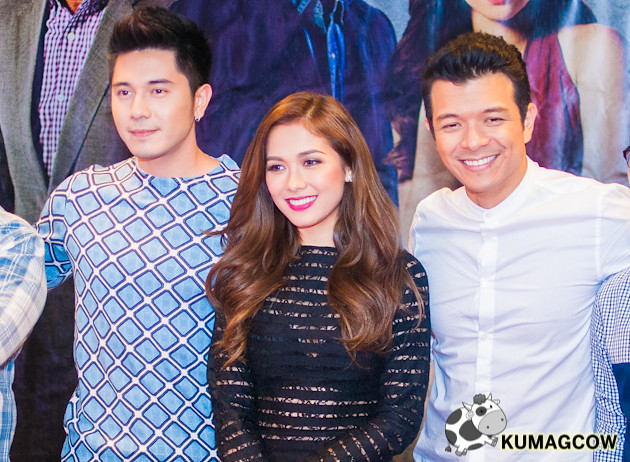 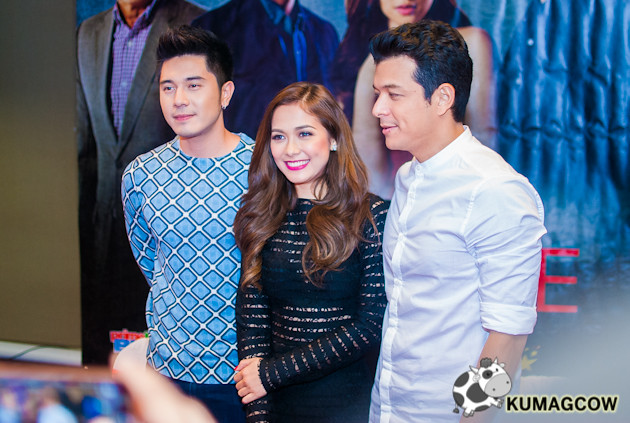 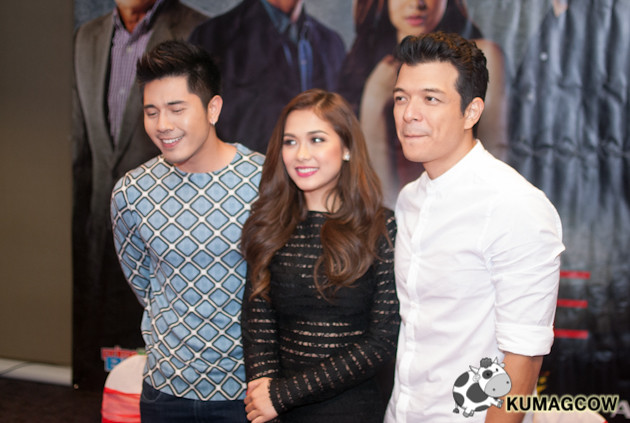 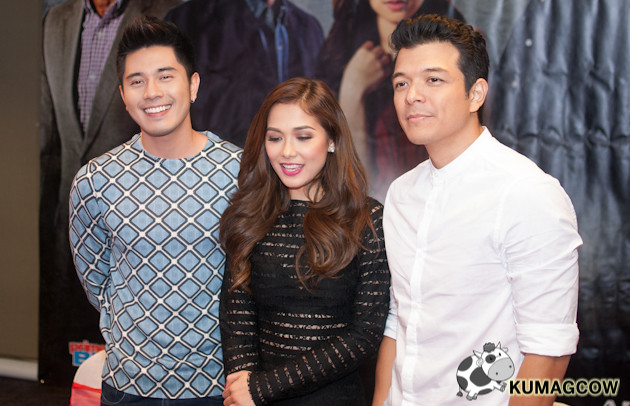 Please make sure you tune in to ABSCBN on the same time slot as The Legal Wife. They'll be bringing in a different piece of rivalry, brotherly love, romance, situational drama and the raw acting prowess of Maja, Paulo and Jericho all in one show. You know you'll get hooked with Bridges of Love.